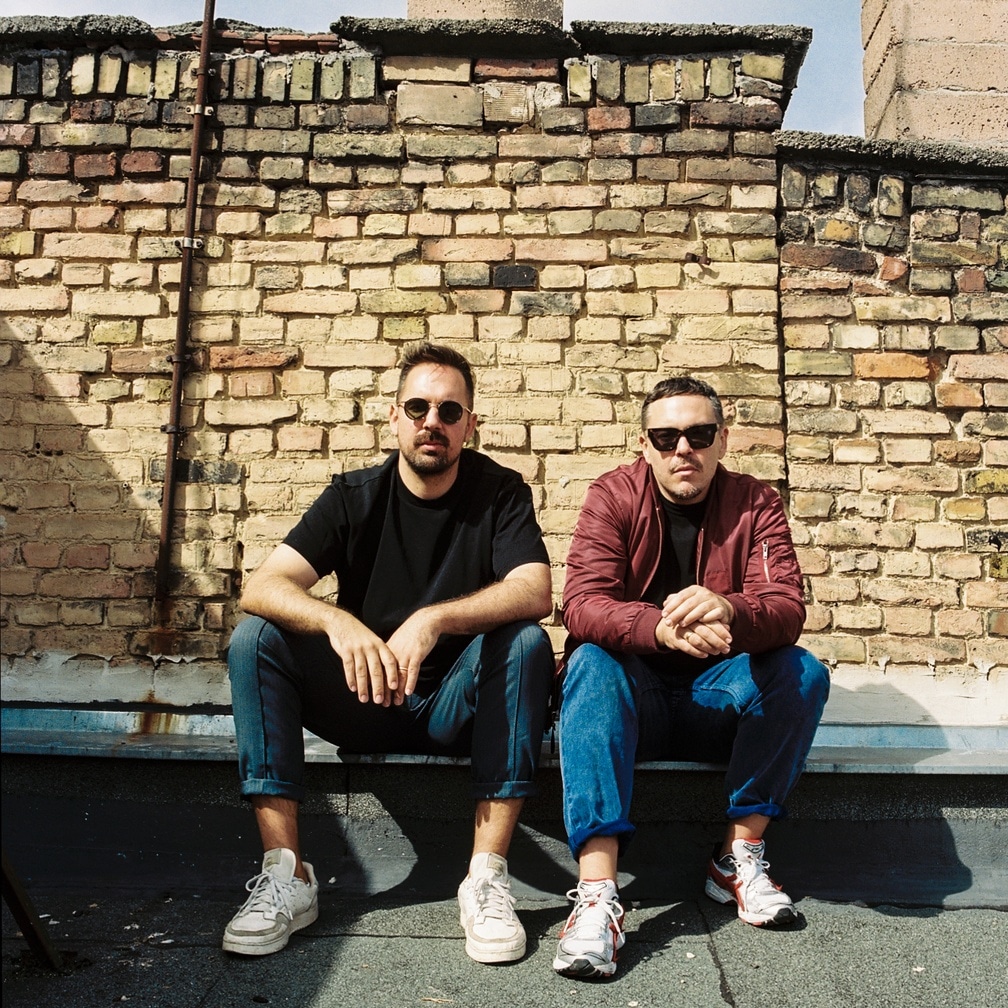 Since debuting his first dancefloor album in 2014, DJ and producer Santé has been unstoppable with his musicality, skillfulness, and creativity. Hailing from Berlin, Santé is passionate about offering more than just loops and endless repetitions with his music, but longevity and the plans of spreading legendary techno worldwide. Like any legendary artist, one must be multi-faceted, which is the definition of what Santé embodies when it comes to producing music. Emanating from his record label, AVOTRE, Santé’s productions are dripped and stylized in character, charisma, and humor; qualities that are often overlooked with the realms of house music.

Notably, Santé has made AVOTRE more than just a music label but has also branded it as a clothing line with the intent of releasing new apparel alongside his new releases. With Santé’s distinguished ingenuity towards his music and his label, his multi-faceted artistry will carry him towards all four corners of the world. The upward momentum that has characterized Santé’s career so far shows appears to be showing no sign of slowing down any time soon.

As for Maier (Re.You), he has been a renowned DJ  and producer since 2009. Re.You has always had appreciation and dedication towards fashion and trends, thus picking up a fanbase and consistent worldwide bookings in the process. But he does more than just transcend fashion and trends, he’s also a businessman that runs his own label, Younion. Through his work, Re.You has the ability to transmit emotion through his deft compositions, while also keeping the dance floor buoyant and energized. His amazing production skills have won him fans around the world and from within the industry with labels such as Kompakt, Keinemusik, Mobilee, Connected, and Moon Harbour; all of which who have signed his productions.

As for where Re.You finds his inspiration and energy, he finds them both in every aspect of his musical career, all while enjoying the creative process of being in the studio. A mantra that Re.You follows to stay consistent in maintaining the ethos that has made him one of the most consistent artists of his generation is: balance, diversity, fun, and great energy.

Road to Nowhere is their hypnotic two-part EP via the newly launched imprint LSF21+. Having pursued hugely successful solo careers and respective individual projects for over a decade, this EP is Santé & Re.You’s first shared collaborative production in more than 11 years. It also marks the first release to be taken from their upcoming debut album, expected in early 2022.

Featuring two brand new original cuts representing some of the finest avant-garde interpretations of deep, melancholic house and forward-thinking electronica, Road To Nowhere is an exquisite delivery of intelligent, cutting edge dance music from the in-form producers, who launch LSF21+ armed with an impressive arsenal of career releases on the likes of Desolat, Rekids, Supernature (Santé), Kompakt, and Mobilee (Re.You), to name a few. Check out with they have to say about their new project and life back on the road.

Welcome to 6AM, Philipp and Marius. I can’t believe I’m saying this, but we’re fast approaching the end of 2021. How has this year been for you both?

Thank you for having us. It was much better than 2020, the good thing is Marius had a lot of time for his family and his little son. We had time to work on our new album and plenty of new music, especially on our first NFT. We also founded our brand new label called LSF21+ together with our long-term friend Daniel who is running Jackmode booking. The whole idea started while we were in lockdown. Suddenly with no traveling, there was a lot of time. We talked a lot about the future and somehow we created the idea for LSF21+.

For those that may not be familiar, how would best describe the type of music you both make?

Santé is known for groovy housy stuff and Re.You more for his afro percussive tracks. We combined our strengths and wrote music together.

Read Next: A First Look: The Return of Music Festivals & Events in 2021

“People are starving to rave again so the first shows we played have been extremely cool with euphoric crowds but for sure it left scars in the nightlife.”

On returning to the dance floor after 18 months of closed doors.

What have you learned throughout the past year about adapting as artists? Do you think there have been any permanent changes in the industry as a result of the prolonged shutdowns? How have you been personally affected?

People are starving to rave again so the first shows we played have been extremely cool with euphoric crowds but for sure it left scars in the nightlife. We know a lot of artists which won’t continue touring. Personally, we kept it easy in 2021 and are looking totally into 2022 with our new album and plenty of remixes we are perfectly ready to go on tour again.

You’ve just released your new EP Road to Nowhere on your label LSF21+. Firstly, congratulations! Talk us through the record?

On “Road to Nowhere“ we have this topline from vocalist Biishop which is very emotional and melancholic. We draw on our combined experience and united creativity to deliver a strikingly somber underground cut with stripped-back piano refrains and a chugging groove. On the flip side for “Faithful“ we were collaborating with UK-based Zimbabwean singer Oluhle and created a trippy journey through consciousness.

We’re told there’s also an album in the works?

Yes, we have the album ready which is coming in early 2022 including our first NFT.

Read Next: Sources of Inspiration When Producing Electronic Music

“It was important for us to find our own individual sound, which now feeds back into the album project. Actually, we never thought about if we would get to this point. Everything was without pressure. We just enjoyed the process of making music together.”

On giving creativity space to breathe and flourish.

You have both pursued successful solo careers over the past ten years. What made you come together for this new venture?’

It was important for us to find our own individual sound, which now feeds back into the album project. Actually, we never thought about if we would get to this point. Everything was without pressure. We just enjoyed the process of making music together. Being on tour on your own for so long and with this long break due to COVID we said we would like to go back touring together. It feels just so good to share some unbelievable moments with someone and it makes even more sense to share it with your brother.

What are your ambitions for the project? Any specific long-term goals?

After the album, we are dropping the first single of our new live project called SANREY. We have our lead singer Jim who will be joining us on stage then. We also gonna play live instruments and synths on the stage, kind of a band-like setup. 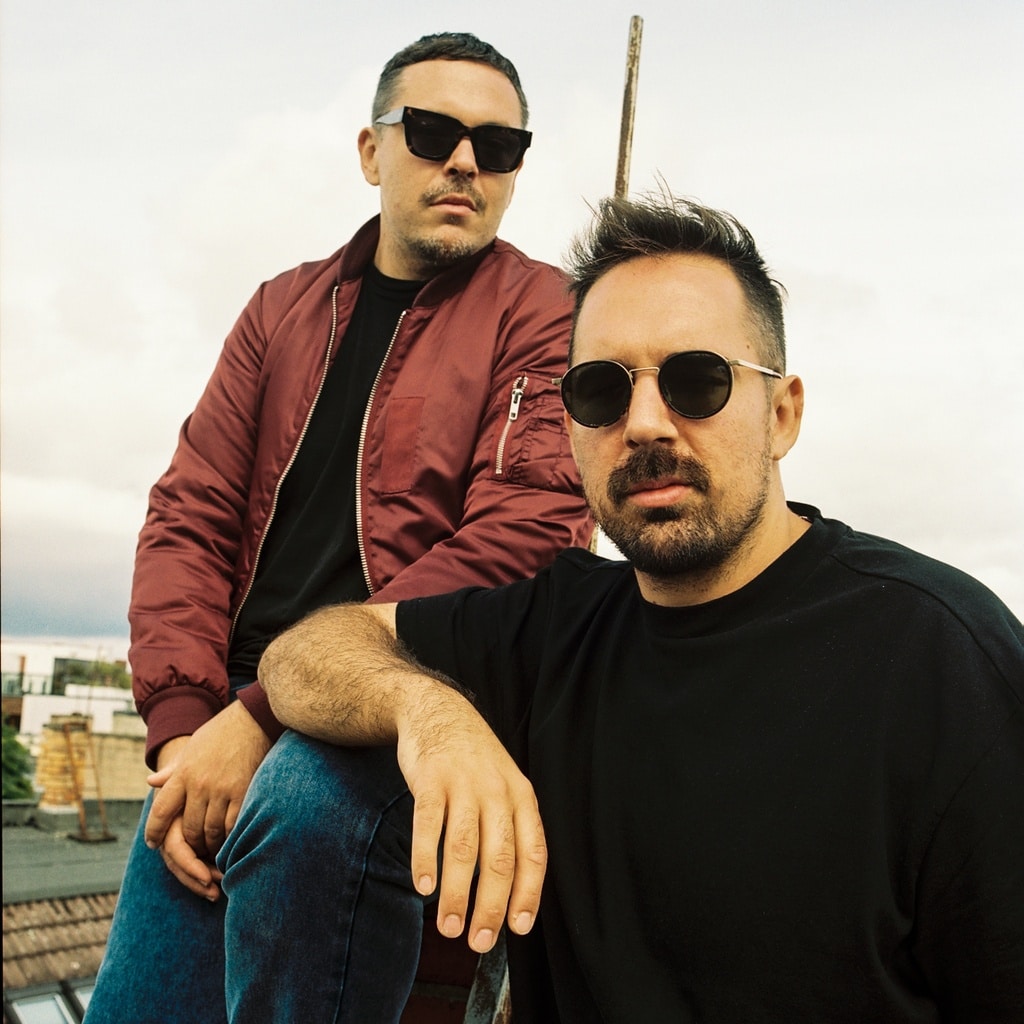 Going back to the beginning, how did you each get into electronic music? Can you share any stories from your early raving / DJing days?

Santé started with a MPC 2000 and made his first beats with it where he discovered Daft Punk and that led him into house and dance music. Being the younger brother Re.You was always surrounded by either Philipp’s music or our father with his obsession for jazz, so for him, it felt quite natural becoming an artist for himself.

How do you like to relax, outside of music?

Where can we see you touring over the next few months? Do you have any plans to come over to the US any time soon?

We are planning to come to the US in 2022 with the new album and also with the live act. Let’s see how the situation goes and hopefully, we see each other on the dance floors again.

Before we go, do you have any final words of wisdom for our 6AM community?

Enjoy raving. Thanks for your time guys!