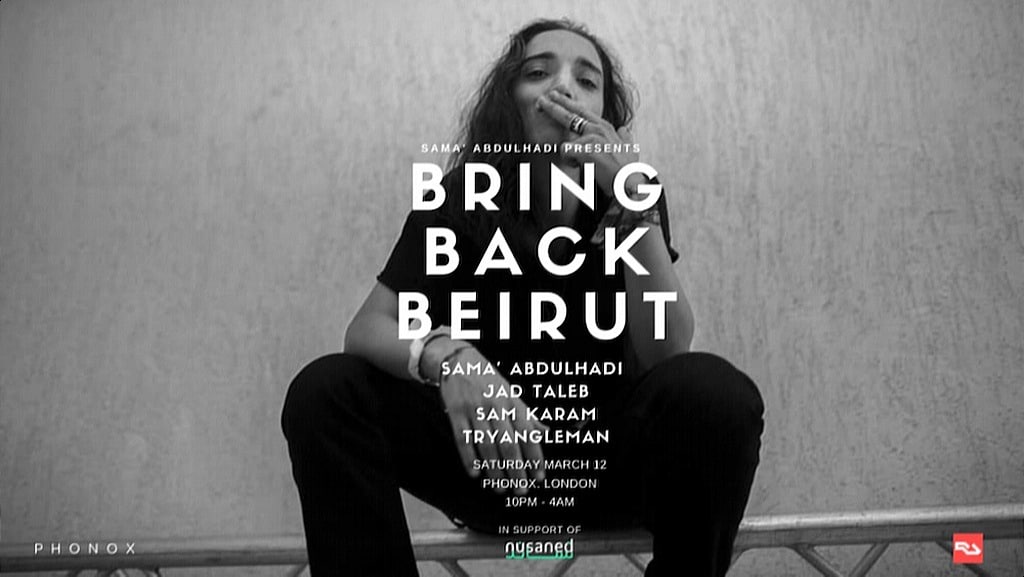 Sama’ Abdulhadi is launching a fundraising event series called Bring Back Beirut. The series will raise money for Nusaned, a humanitarian, community-based volunteer organization based in the Lebanese capital. The first event will take place at London club Phonox on Saturday, March 12 from 10 PM through 4 AM. Lebanese artists Jade Taleb, Sam Karam, and Tryangle Man will join Abdulhadi on the night.

Bring Back Beirut will later hit Berlin, Paris, and other cities to help raise awareness and funds for the region. Foundations for the series were laid recently at the Beirut venue: The Ballroom Blitz, where Abdulhadi played at a  spontaneous party with local guests.

“I’m launching the Bring Back Beirut initiative to help Lebanon rise back up on its feet.”

“I’m launching the Bring Back Beirut initiative to help Lebanon rise back up on its feet,” Abdulhadi said. “Beirut needs us! The region is still destroyed in the aftermath of the 2020 explosion. I’ve selected Nusaned to channel all financial proceeds made from the events as I trust the funds will reach those in need. Beirut is my second home, it’s the place where I found myself in music and found my freedom. It’s the least I can do to help highlight the situation.”

Resident Advisor will be donating 100 percent of the booking fees for the Phonox event.