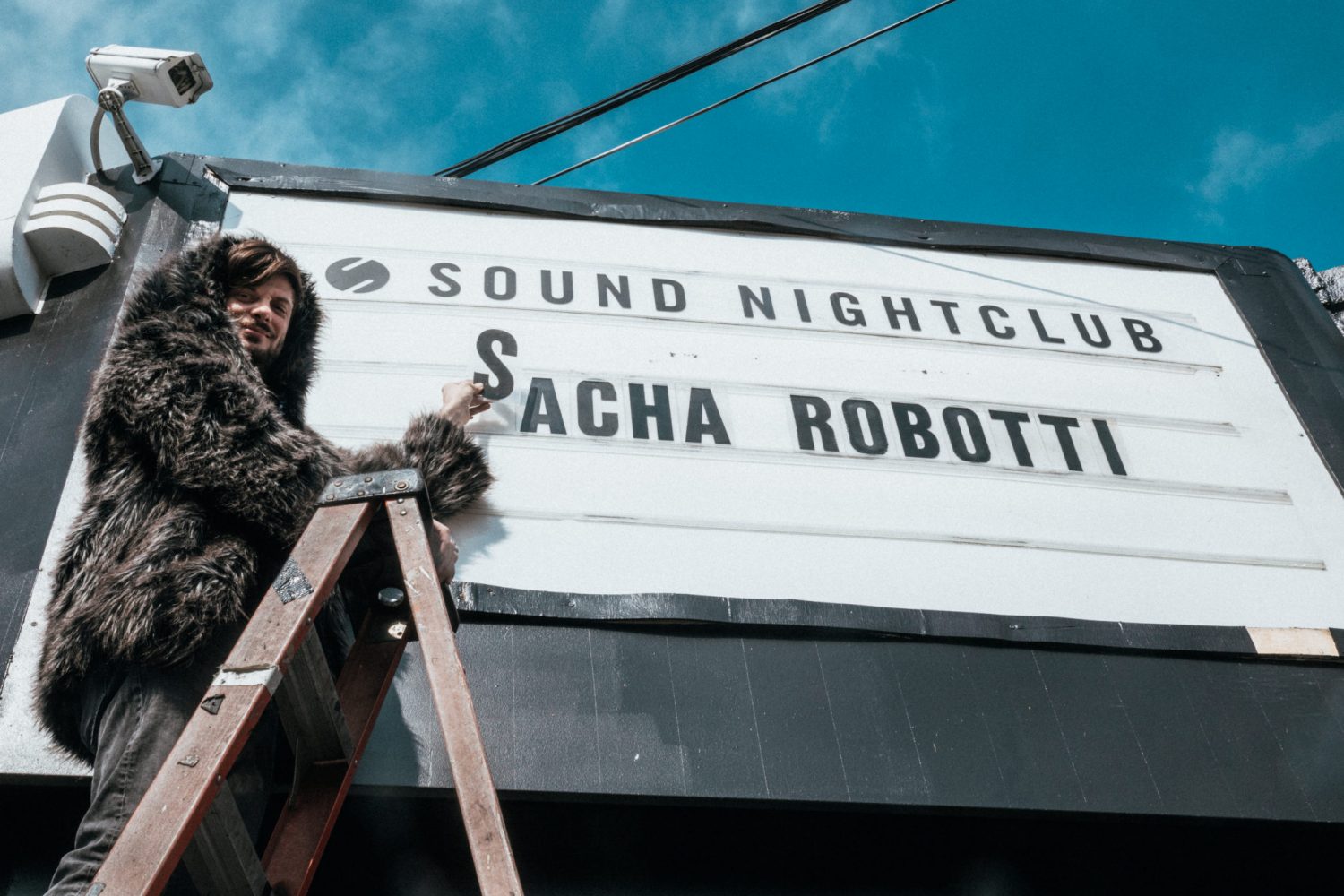 The Sloth Sanctuary: Part I is the introduction to Sacha Robotti’s 2018 residency at Sound Nightclub in Los Angeles, CA.

The series will kick off on June 23rd and will see Sacha embark on an all night, open-to-close journey, presented by Sound Nightclub and Slothacid, Sacha’s coined brand. Click here for more info on the night, including tickets.

This being the first of what Sacha has planned for the Slothacid brand and event series, we decided to catch up with the producer/DJ to see what exactly he has planned for his fans in Los Angeles and beyond. 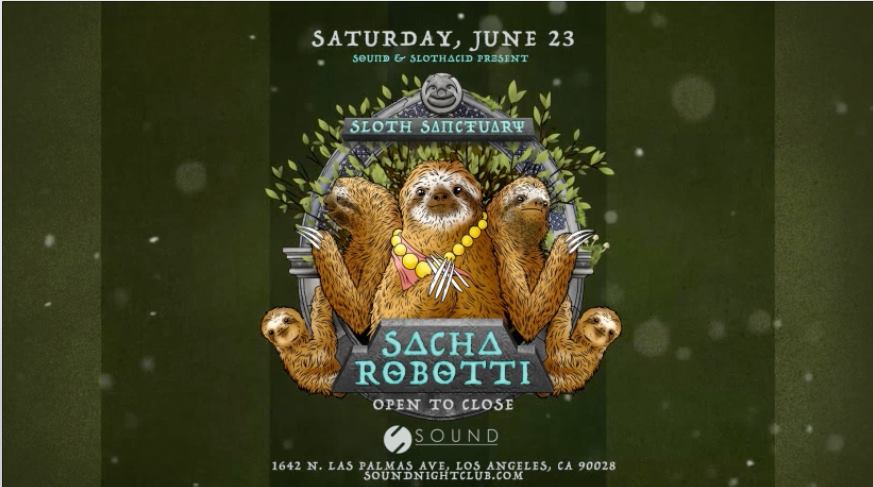 Hi Sacha, how is your week going? Did you head to Detroit for Movement weekend or did you stay in LA for LIB?

Heyo! My week is going well thank you. Unfortunately I missed Movement, but I had a great time at SMF in Tampa Florida, and Lightning In A Bottle in Bradley California!

Let’s talk about our home, Los Angeles, for a bit. You have some exciting things coming up with Sound Nightclub. Can you tell us a little about the residency at the club there?

Sure! In January of this year I kicked off a solo residency, which is happening at Sound in Hollywood. We named it “Sloth Sanctuary” as it will feature me on the decks. There are two more dates coming up: one soon, on the 23rd of June, and the other one in December.

What can fans expect at these shows and how will it be different than other shows?

I’ll be playing open to close. This will be a first for me in LA at Sound! So hopefully I get to play 5 or 6 hours. I can’t wait!

Will the residency involve just yourself or will you be inviting other guest acts?

For now it’s just me, but I never know when friends might pop in.. 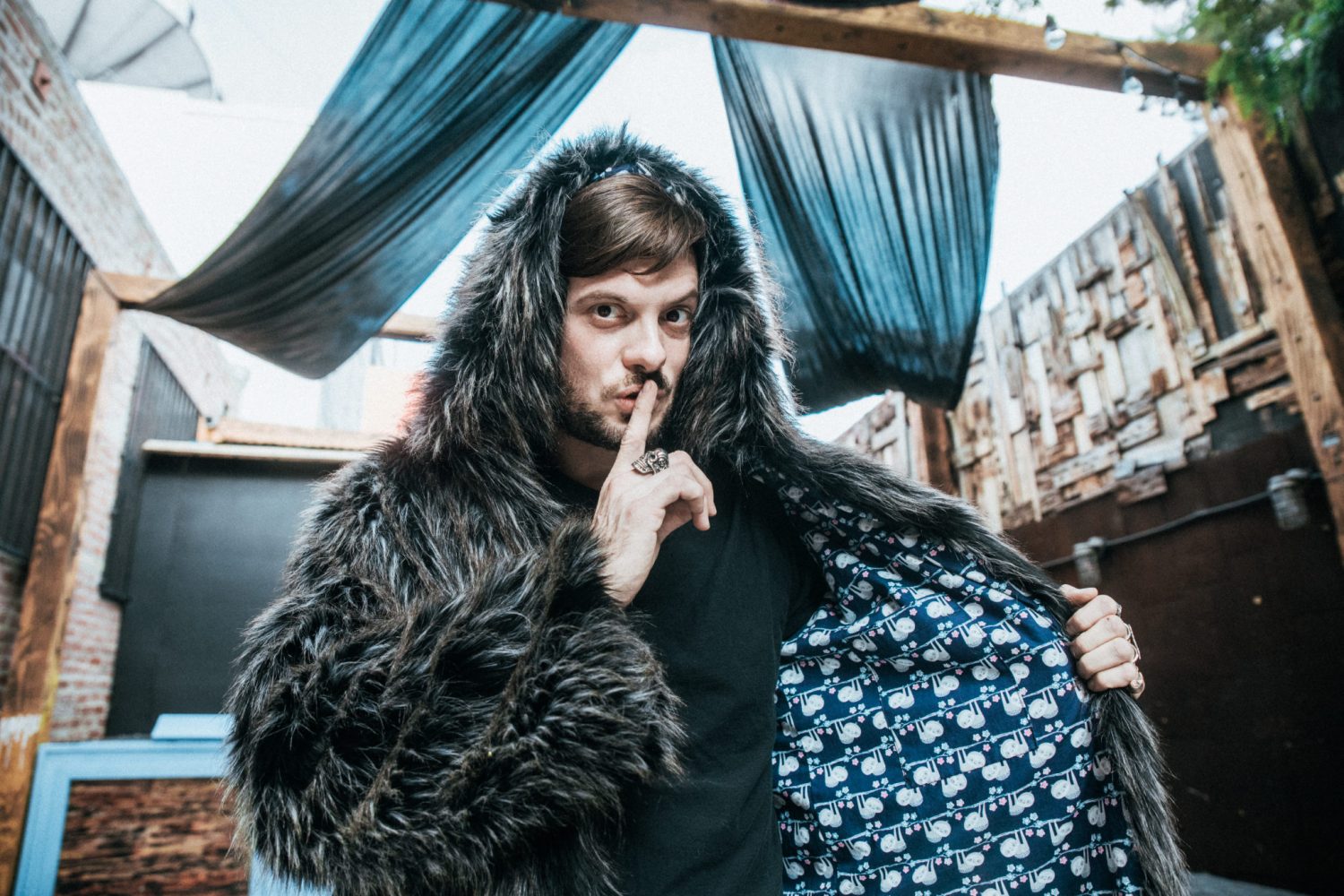 The Slothacid brand is getting more and more exposure as the time passes. Do you remember the moment you first envisioned this project and how the name for it came about?

It’s funny to me to call it a brand, since the sloth face literally just started out as a logo for warehouse parties in LA when I arrived here a couple of years ago. The sloth has since mutated into a spirit animal that has increasingly been associated with my artist persona, even though I didn’t plan or push this at the beginning. Now I get tagged in sloth pix every day, some fans even wear sloth onesies to shows, or gift me sloth swagger.. it’s really sweet. The sloth “brand” has taken over my life by now. My girl hand made a sloth faux fur coat for me that I’m wearing out (check on Insta @funkadelicfurz), and I’ve also done collaborations with brands like Damascus for T-shirts, and Vibedration for a “robo sloth” backpack!

The legend goes that magic sloth candy blew minds during my set at Desert Hearts Festival 2017. The term “slothacid” was originally coined by a friend of mine.. after which I started using it to describe the style of electronic music that I like to play out at festivals and clubs: a mix of groovy, emotional, weird, psychedelic sound with tough beats that hopefully will take you on a journey through space-time.

Other than the residency at Sound, what else are you planning for Slothacid in 2018?

More music, always more music! And you’ll probably see me more active on the swag side of things too..

You just had a single released on Dirtybird. What’s been the reaction to the track when playing it out?

Yes we recently released “Glide” on Dirtybird, it was part of the BBQ Compilation “Filthy Flavor”. It’s currently available on Beatport and featured on various online streaming platforms.

“Glide” is my second collaboration with Mikey Lion after our release “Ol Dirty Hearts” last year on Desert Hearts Records. It goes down very well when I play it out, I’ve definitely seen people totally losing their shit to it. I’m also stoked that Claude Vonstroke played a special of “Glide” during his closing set at Movement Detroit that we cut specially for him!

Do you have any other music releases in the pipeline?

Yes, there’s one I can already tell you about, it’s another collab, this time with my studio buddy JTJ from LA. The EP is going to be called “Justin Tinderlake” and it’ll be released on Club Sweat some time soon! Furthermore you’ll hear a track I made with Kevin Knapp, which we both love to play out a lot.. and some more I’m currently road testing.

Would you ever own a sloth?

You can’t own a sloth! Sloth owns you

Why Sound by the way? Out of all the clubs in the U.S., and even LA, you chose Sound. Any particular reason?

Besides the fact that it’s a club that consistently brings quality acts to LA for the past years, and in my opinion the room being of a decent size (not too big or too small), I love the sound at Sound! The booth especially is tight and I feel comfortable to play for 5-6 hours there..

Congrats again and see you at the club!

Thank you, see you soon!