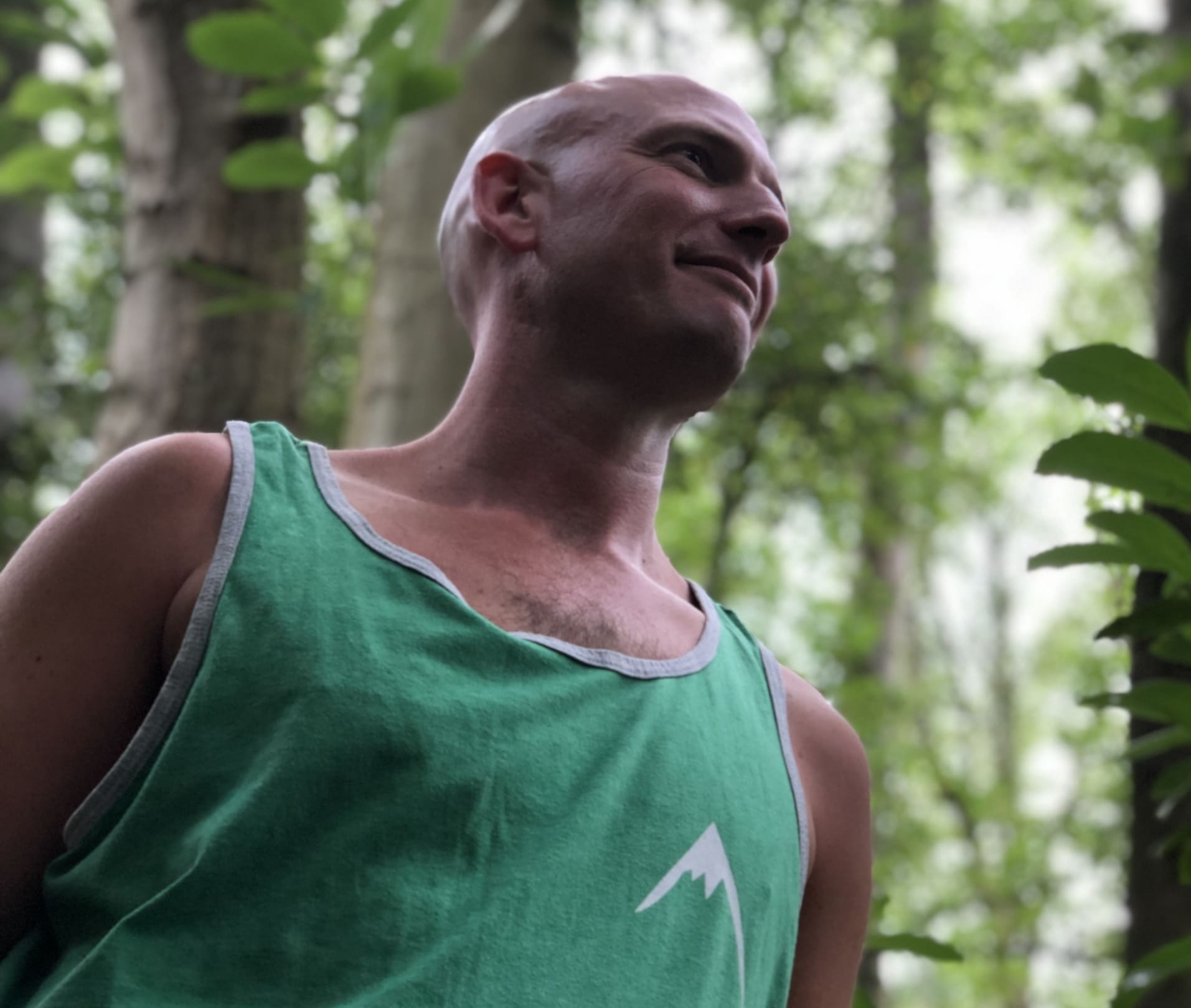 Ambient Girl is the third studio album by Ross Harper and begins a series of works exploring the characters of the Ambient Girl and the Man of Light, characters inspired by a poem Ross wrote:

“I see machinery, I see a man of light holding a key of light, surrounded by the huge machinery, like giant cogs and pistons, he stands on a raised platform amid the machinery, the colours around are browns and shades of darkness, the browns are like beautiful shades of rust, then I notice a slender female figure is kneeling with her head bowed, she is wearing a dark cloak with the hood covering her face, then I see in her hands she is holding a small bouquet of flowers, her spirit is full of stillness, then the man of light anoints the kneeling one with the key of light and there is then an explosion of light.”

As well as the music, Ross Harper also sought the help of artist Iva Troj to bring the story to life. Iva is a prestigious award-winning contemporary artist whose fine art pieces seamlessly merge Renaissance aesthetics and techniques with postmodern praxis. Troj has exhibited both nationally and internationally and her work is in collections in the UK, France, Ireland, Sweden, Germany, China, United States, South Korea, Australia andJapan.

Troj reflects, “When I was first commissioned to do the album cover piece, I focused on creating something that does more than illustrate the theme of the album. I couldn’t have done it without Ross Harper’s immense storytelling effort. Sharing his passion has been the key in creating a painting that not only conveys the feeling of the album but also delivers a message of its own.”

The album begins with “Axis”, bubbles of sound swirling into whistles of love, as light as the fairies and then into “Newt”, a nod to Aliens film, here is “space ambient” with beautiful intensity. To the openness of “Pure Love”, breath again and a voice which radiates out like precise words clearly spoken.

Quickly on to “Watery Pillar”, back to the land of alien and fantasy, of intrigue and the prayers of a pipe playing mystic. With “Spheres” the voice matures into one of utter serenity and pure completeness. Yet with “Rushing”, it is an alien language again, nothing seems to make sense, then the calm, the breath, the piano.

Oh “Air”, like a water baby touching the void, one thousand people grooving to the bassline. “Balances” is grinding kick drums, thick and strong, breeze and colour, air and earth. And the butterflies, oh, the butterflies, floating like mini cocktail umbrellas spiraling in the wind.

Listen to the exclusive premiere of “Balances” from Ross Harper Ambient Girl below:

“Important” is a march to paradise, she now proceeds, heaven’s crowds cheering her, And the violinists pay homage as they strike their perfect pitch, it is not over but the end can be felt.

“Low” is light, Low is free, everything blows in the wind together. Hands in the air, reach for the stars, FEEL the fresh, fresh vibes. Let the cotton wool kick drums gently soothe. And let the mystical alien pipe player play his final, final, pure, pure tones as he carries us away on his smoke of many colours.