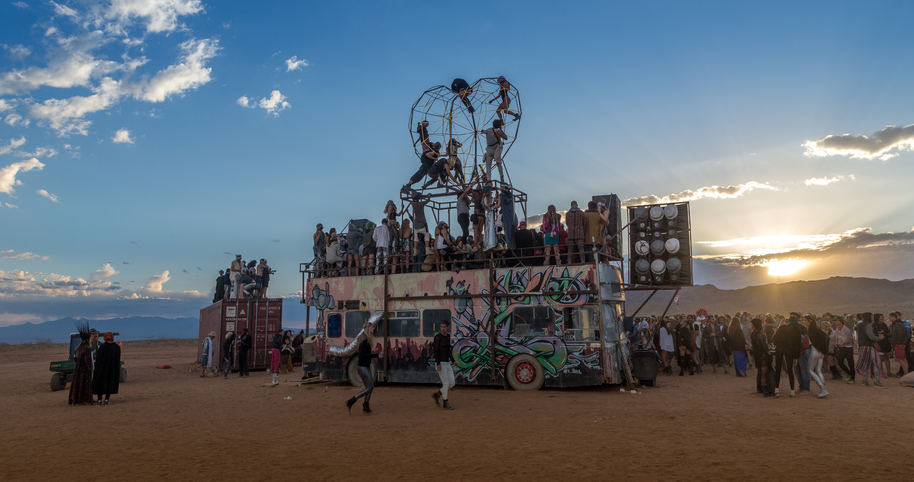 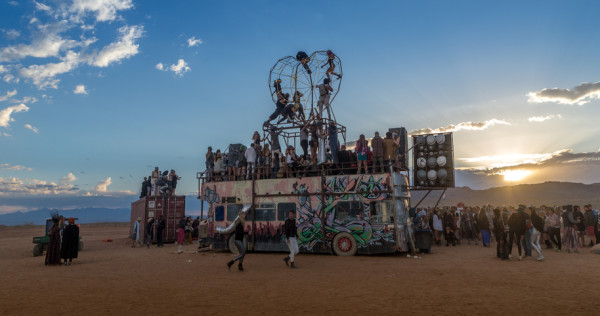 In a desolate land so near and yet so far lies a gleaming light originating from a single source. The Robot Heart art car stands in stark metallic contrast to the never-ending stretch of dust in the middle of the Nevada desert beyond the hedonist paradise of Las Vegas. The barren landscape echoes volumes of the spirits that gather together for a weekend of mind-bending house, techno, analog and experimental music blasting over a world-class sound system.

The team behind the creation of the Robot Heart art car will bring Further Future 002 in 2016 as a follow up to their momentous Beginning. This rare gem of an up-and-coming desert festival has a cult following due to its reputation at Burning Man as one of the best sound camps around. Further Future will bring a larger than life lineup with talent spanning the globe as well as genres including &me, Derrick Carter, Dixon, Matt Tolfrey, Rampue, whomadewho, and more.

The Robot Heart community is a group of like-minded enlightenment seekers that create a unified society of music lovers, artists, dancers, creators, and movers. Further Future represents the intersection of art, science, and community in producing a one of a kind festival experience.

The festival will take place at the height of spring from April 29 to May 1, 2016. Sign up on their main site to keep updated on tickets and other important announcements and information. 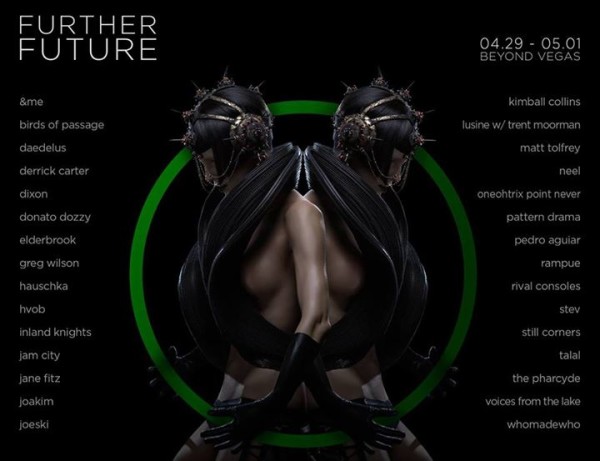