Road to Burning Man: Top 5 Mixes for the Trip to Black Rock City

Road to Burning Man: Top 5 Mixes for the Trip to Black Rock City 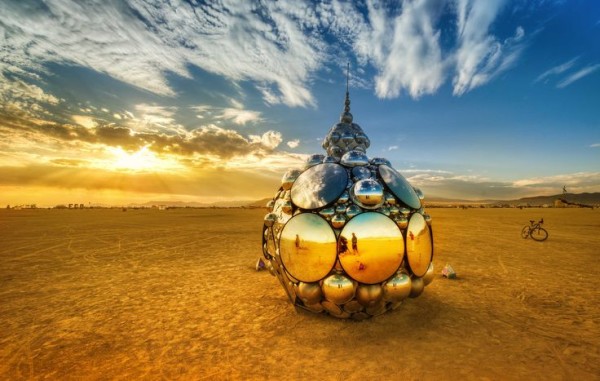 The Man burns in twelve days, and many count down the remaining days of the week before Burning Man with great anticipation. So to sustain these intense feelings of eagerness, we have compiled our top five mixes for the trip to Black Rock City: The Road to Burning Man 2015 edition. The drive will be pleasant as these mixes (listed in alphabetical order) bump over the car stereo and the landscape changes with the course of time and distance.

Three solid hours of uplifting house and techno with a few remnants of psytrance thrown into the mix. The eclectic vibes are dynamic and well-rounded, making it an ideal mix for an improvised dance floor on the Playa where everyone just wants dance the night away under the gaze of stars and trailing neon lights.

Tribal with a funky desert flair, this is the quintessential style of Damian Lazarus’ music. This mix conjures a circle of dancing gypsies, veiled in shadows cast by the sun at the crack of dawn. A sentimental, yet empowering compilation of ancient tongues and modern four-on-the-floor beats.

Maceo Plex will be making an appearance at the Burn this time around. With the recent release of Solar Sampler on his own label Ellum, Maceo Plex will be delivering tunes straight from the raw underground of techno with a hint of ambient psychedelia.

Well known for his top hat getup and smashing tech house tunes, the Desert Hearts DJ and producer always brings energy to a good party. This mix showcases his colorful personality with his signature strong kicks, toms, and hi-hats; it’s hard to stand still to nothing but good vibes.

As big as the universe in its worldly new age appeal, The Scumfrog’s mix is a blend of acid rock, disco, house, and just about everything in between. The mix takes the listener on a scenic route to a higher plateau of thinking and in some ways is a two-hour contemporary electronic music tribute to the golden 1960s.

We have included a bonus mix just released a la Behrouz. This mix is mystical, tropical, and mellow to the core, something we would recommend playing upon exodus. We can blissfully leave the Playa chanting ¡Arriba! and hold off on the wave of nostalgic sadness.