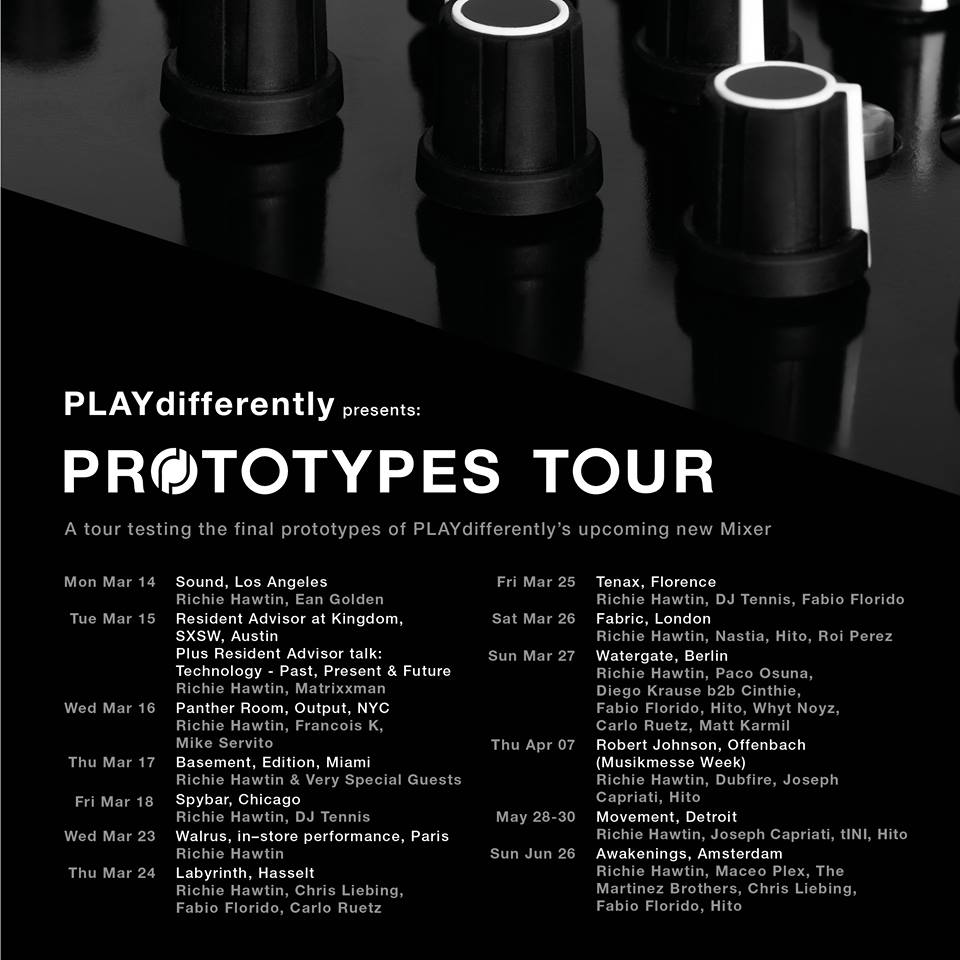 With the aim of testing the final prototypes of PLAYdifferently’s new mixer, the tour will start on Monday March 14th at Los Angeles’ Sound Nightclub before stops at SXSW in Austin, the smaller Panther Room within Output in New York, a Miami Music Week appearance and a show at Spybar Chicago alongside DJ Tennis before jetting off to Europe. There, he is set to test out the equipment in Paris, Tenax in Florence, Watergate in Berlin, fabric in London and Robert Johnson in Offenbach before a special showcase during Movement weekend in Detroit alongside heavyweights Joseph Capriati, Dubfire and Hito.

The final stop will take place at Awakenings in Amsterdam on Sunday June 26th where he will be accompanied by the likes of Maceo Plex, The Martinez Brothers, Chris Liebing, Hito and Fabio Florido.

Stay up to date with Hawtin on Facebook and Twitter for further information and ticket releases for each show.