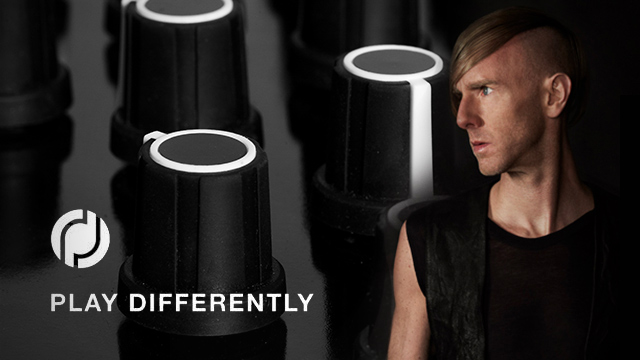 As we reported in January, Richie Hawtin partnered up with former Allen & Heath pioneer Andy Rigby-Jones to create Play Differently, a collaborative partnership that aims to expand the spectrum of DJ creativity through new technology and hardware.

At NAMM 2016 (in Annheim, California), Richie officially unveiled the project as a working collaboration of friends new and old, including a partnership with the Audiotonix group responsible for the innovation and distribution of such renowned audio brands as DiGiCo and the aforementioned Allen & Heath. The first prototype went into testing use as early as 2014, and we learned that it had since been made available through various stages of its project at select leading worldwide events, including Glastonbury in the UK and the ENTER.Ibiza party series that Richie spearheaded at Space.

Richie has now released a video promoting Play Differently and highlighting some of the key events of the past couple of years. Footage shows the M_nus boss introducing the still-to-be-unveiled product to the likes of Chris Liebing, Marcell Dettmann, Josh Wink, Tiga and DJ Tech Tool’s Ean Golden.

While unclear whether this is the case, the video includes clips of Dubfire, Recondite, Matador and Gaiser performing during the last few seasons of ENTER’s now ended residency in Ibiza, leading to the assumption that they tested out the prototype live at Space.

See the video below.