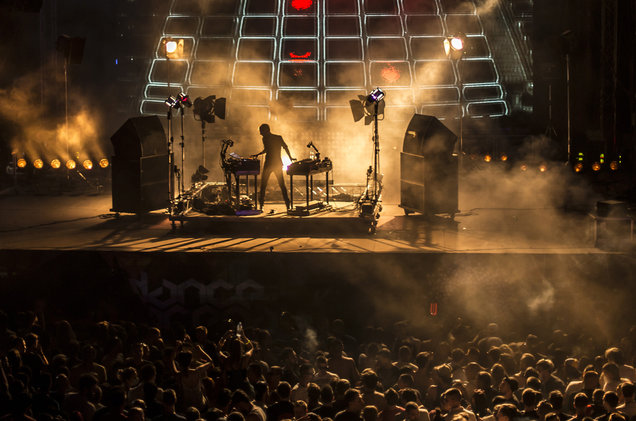 We knew Richie Hawtin was working on something special for the coming months, when a teaser tweet from Movement Detroit announced that he would be bringing his new CLOSE project on the festival’s Main Stage this coming May.

The Windsor-born and Detroit-bred techno artist has now announced more about the project, unveiling the full scope and mission of the new live performance set-up he is about to debut in front of tens of thousands of fans.

He took on to his social channels to announce details, also specifying how Movement ties in with a special personal message delivered by Movement Detroit to all attending the festival:

Detroit is the home of Techno, a musical force that has always looked towards a future based upon a positive relationship between man and machine. A relationship that elevates us as human beings and unlocks creative potential that otherwise may have laid dormant.
CLOSE – Spontaneity & Synchronicity, continues to delve into the art of DJing and experiment with bringing more transparency to this creative endeavour. The show explores my relationship with the performance technologies that I have chosen to use in order to allow me as much “in-the-moment” improvisation as possible. Using intimately placed cameras this man-machine relationship unfolds onscreen in real-time. CLOSE will bring you, the audience, closer to me and my creative process live on stage.

CLOSE will actually debut before Movement during Coachella weekend, and will then go on the road following Detroit’s stop to places such as the Sydney Opera House in Australia, Primavera Sound in Portugal, Melt in Berlin and Creamfields in the UK among other stops. You can see the dates of the full tour below, as well as a teaser video from Richie and his team. You can also head to the CLOSE website here for more information.
Richie Hawtin CLOSE

Tickets for Movement Detroit can be bought here.