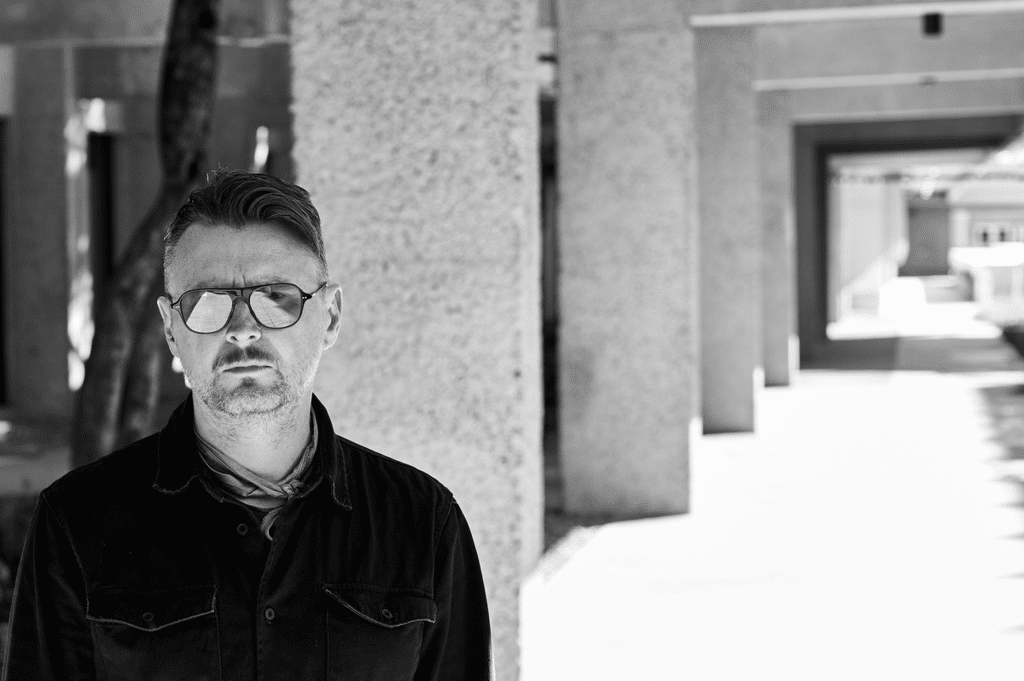 Rhys Fulber is a Canadian electronic musician and producer best known for his lengthy (and ongoing) tenure with industrial standard-bearers Front Line Assembly and ambient pop exponents Delerium (both with Bill Leeb), his solo project Conjure One, plus four recent albums released under his own name. As a producer, he has worked extensively with established metal acts such as Fear Factory and Paradise Lost, as well as the industrial hardcore act Youth Code. 6AM had a chance to ask him a few questions on the eve of the release of his latest album “Brutal Nature” on FR Recordings.

For ‘Brutal Nature,‘ the lockdowns caused by the global pandemic enabled a more sharply focused period of writing and composition. Utilizing a smaller home set-up rather than Fulber’s usual preferred studio made for an engaged environment and the creation of a greater number of intimate compositions to sit alongside club and night culture influenced tracks that have tended to dominate his previous releases for the Sonic Groove label. This time around, shimmering ambient textures and floating voices add light to pulsating technoid rhythms, while a curveball is thrown in at the end in the form of the EBM-ish ‘Stare At The Sun‘, which features a guest vocal from Sara Taylor of the aforementioned Youth Code.

Relocating halfway through the writing process from Los Angeles to a small town on the coast outside his original home city of Vancouver provided additional inspiration via the quietly unfolding power of nature. Here is where the album concept was born; the contrast between Brutalist architecture and nature, the legacy of humanity in conjunction with nature and its juxtaposition thereof, and the power and variation of the ocean becoming the ultimate judge.

I initially thought it would be for something else but then realized why should I limit what my “solo” output is and it helped shape a more varied and complete album. I also started this with the Resolve EP as well.

You have accustomed us to a strong and harsh sound, while “Brutal Nature,” contrary to the menacing title, is also full of ambient, almost cinematic compositions. What inspired you to create such an emotional sound?

I had the basis of most of the uptempo tracks done at my LA studio, then when the lockdowns started I brought a smaller set up home and slower, more ambient music just came out.  I initially thought it would be for something else but then realized why should I limit what my “solo” output is and it helped shape a more varied and complete album.  I also started this with the Resolve EP as well.

Today, you’re premiering a track “Marginalized”. What is the story in/behind it?

“Marginalized,” was in its original form a completely different sounding track with a long buildup and a 4/4 kick drum pattern. I thought the track was OK and had some nice elements but was lacking so I loaded the parts into another hardware sampler and re-assembled it in a more inspiring way. It was the last piece to be done for the album and one of my favorites.

I had a small modular setup, my computer, and a Waldorf Q+ synthesizer. The Q+ is a complex and amazing machine that I normally don’t dig into as deeply, but when it’s your main keyboard you start to unlock more of its power.

Rhys Fulber’s music equipment is his power source to creativity.

For, “Brutal Nature” you used a very limited setup. The sound of the album, however, is really powerful and spacious. What equipment did you work with? How did you achieve such complex compositions with this minimalist approach?

The cliche of “less is more” is true.  I had a small modular setup, my computer and a Waldorf Q+ synthesizer.  The Q+ is a complex and amazing machine that I normally don’t dig into as deeply, but when its your main keyboard you start to unlock more of its power.  There are some very organic sounds, like bells. that you wouldn’t think are synthetic that are coming from the Q.

In January this year, you released “Mechanical Soul” with Front Line Assembly, about which you said that its themes reflect on ongoing pandemics. Is this subject also present in “Brutal Nature“?

It is but in a different way. Both records were made in lockdowns but Brutal Nature is more about nature reclaiming than an outright dystopia.

Last two years are definitely very challenging and transformative, also for the creative world. How do you see this change? What are your thoughts on the future of the music industry?

The future of the music industry was already in flux and this current situation just shined more lights on issues that were already there. The future seems to be going more grassroots. Self-releases, physical product, and audience interaction. The greater mainstream has shrunk to really only top pop artists.

Being a member of Front Line Assembly and releasing solo under your own name and as Conjure 1, you definitely have a comparative perspective. What are the main differences in working independently and being part of a band?

Once you have established a name you are somewhat bound to those parameters in how you make the records.  What drew me to solo work is the ability to go in any direction at any time.

Your US tour with Front Line Assembly has unfortunately been canceled due to the current situation. This is a great loss for the fans. However, there are plans for you to go on tour with Die Krupps next year. Where will it be possible to hear you live?

FLA is planned to do a full US tour in May 2021 and EU in August. I plan on doing various solo dates in the time before and after that.