Review: Dirtybird Campout 2021 is the Party Your Mom Warned You About 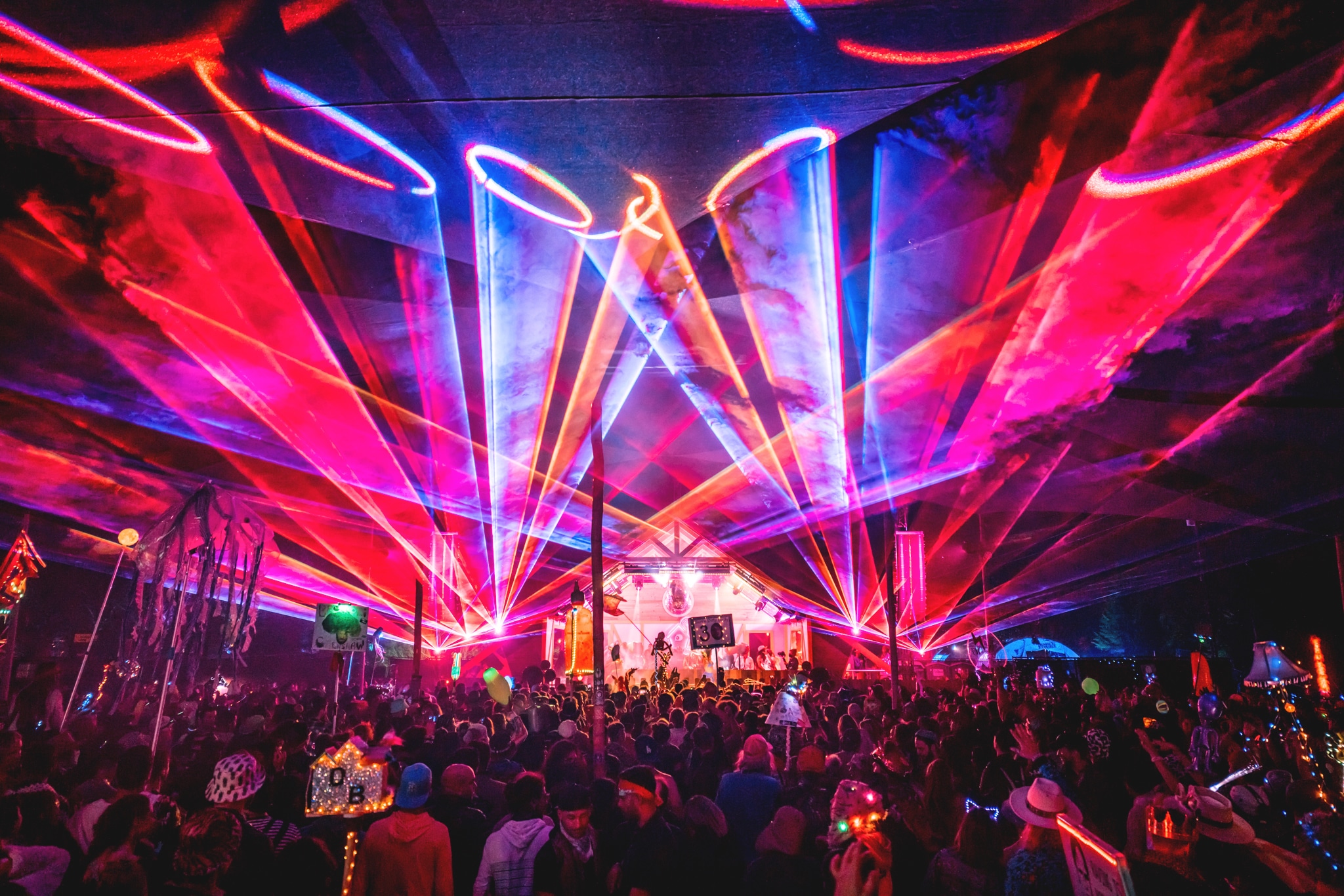 Review: Dirtybird Campout 2021 is the Party Your Mom Warned You About

Ravers making an annual pilgrimage to the tech-house and party Mecca… that’s the only way to describe what transpired at the annual Dirtybird Campout 2021 at the Modesto Reservoir in California. A small and intimate affair, fans flock (pun intended) each year to the steadily growing event now in its six-year run. The 2020 edition was skipped due to the pandemic. Starting with humble beginnings in 2015 in Silverado, California, Dirtybird Campout has grown over the past few years becoming one of the best boutique music festivals in North America.

Label boss and world-renowned house DJ Claude Vonstroke‘s love of the Dirtybird community prompted him to put literal blood, sweat, and tears into starting this must-attend event. Vonstroke and his ragtag crew at Dirtybird had a dream: to one day throw a music festival and adult summer camp all-in-one where the fans can play their own sets on the festival campgrounds and artists can roam around and join in on the fun. What could be better, right?

Despite changing locations a few times as its grown bigger, Dirtybird Campout has found a home on the Modesto Reservoir in Northern California. As someone who has attended several Dirtybird events and all of the Campouts at the current location, I am not exaggerating when I say Dirtybird Campout 2021 was one of the best yet. Boasting noticeable logistical improvements over previous years, as well as even more activities in addition to the music, there is no doubt Dirtybird Campout is a shining star of the North American festival scene. Let’s recap why no one can prepare you for the madness that is Dirtybird Campout. 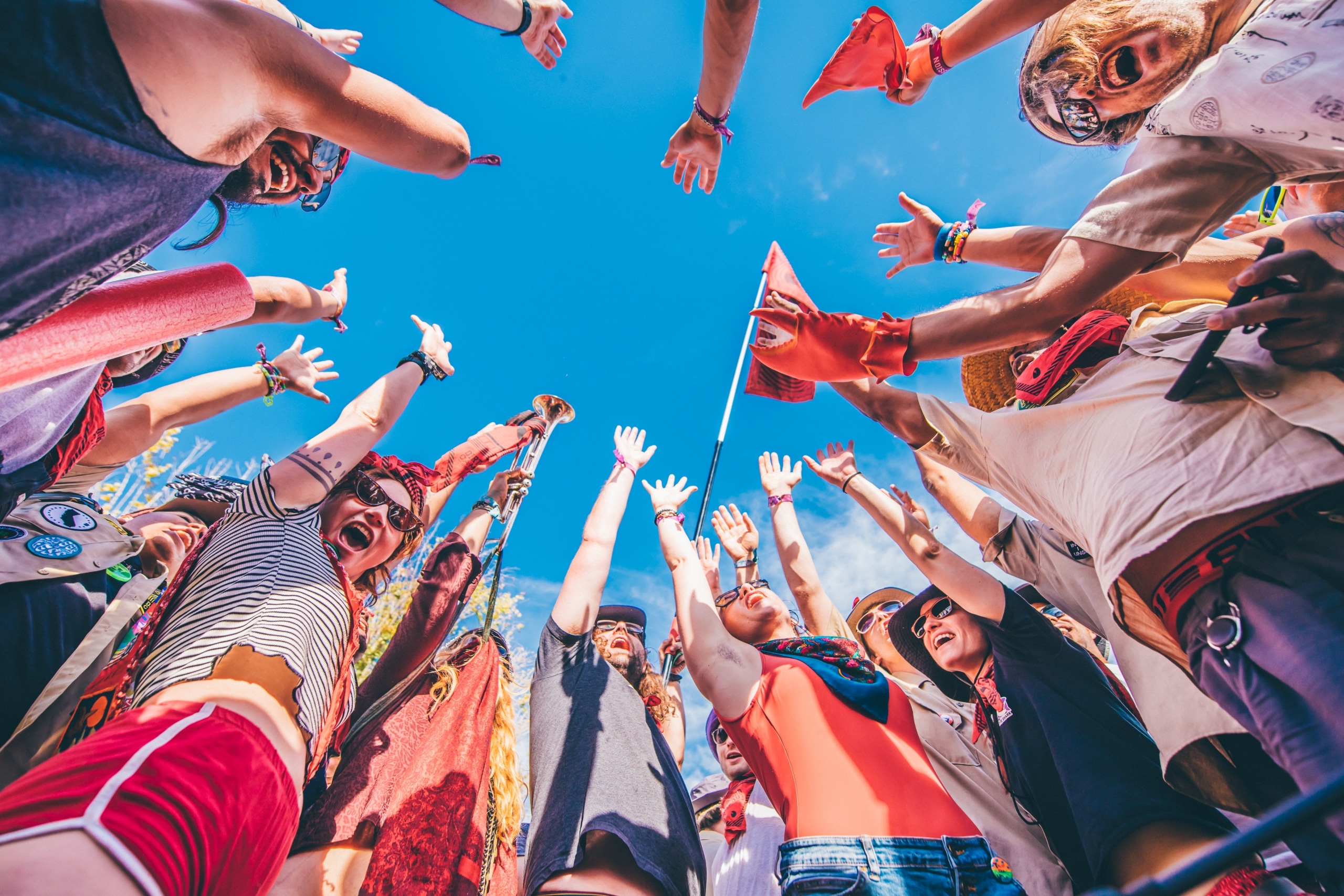 The Stages & Variety of Music

Even though Dirtybird has become synonymous with booty-shakin’, hip thrustin’ tech-house bangers, Claude Vonstroke and the festival organizers are always on their A-game ensuring they bring a variety of artists with unique sounds to the festival. The primary stage at Dirtybird Campout is “The Birdhouse.” You can hear delicious 4-on-the-floor house beats all weekend. As you can probably guess, The Birdhouse is a giant wooden birdhouse stage with beautiful views of the water. During the day, you can float in the water or chill on the beach while listening to some fire music.

The Bass Lodge, the festival’s second stage, houses everything from West Coast bass, juke, club music, rap music, and more. Everyone likes a little spice on their chicken sometimes, and Bass Lodge provides the extra flavor for Dirtybird (sorry to the vegetarians for this metaphor). Stepping into the grounds of the Bass Lodge will treat you to some grimy bass, DnB, rap, club music, and more.

Dirtybird Campout significantly stepped up the Bass Lodge game this year. Improvements over previous years include more lasers, shade structures, and less dust compared to previous years. Clearly, Dirtybird took feedback from previous years to heart and worked to make improvements. As for sets, Barclay Crenshaw, Claude Vonstroke’s trip-hop alter ego and ironically his real name, stole the show as always with his unique blends and mixes of rap, trip-hop, bass, and more. He truly had the crowd in a trance. Other standout sets include beatboxer and live beat-producer Honeycomb, Rodriguez Jr. (live), Noodles, and of course, Dirtybird White Label’s rising star of experimental club sounds Nikki Nair. 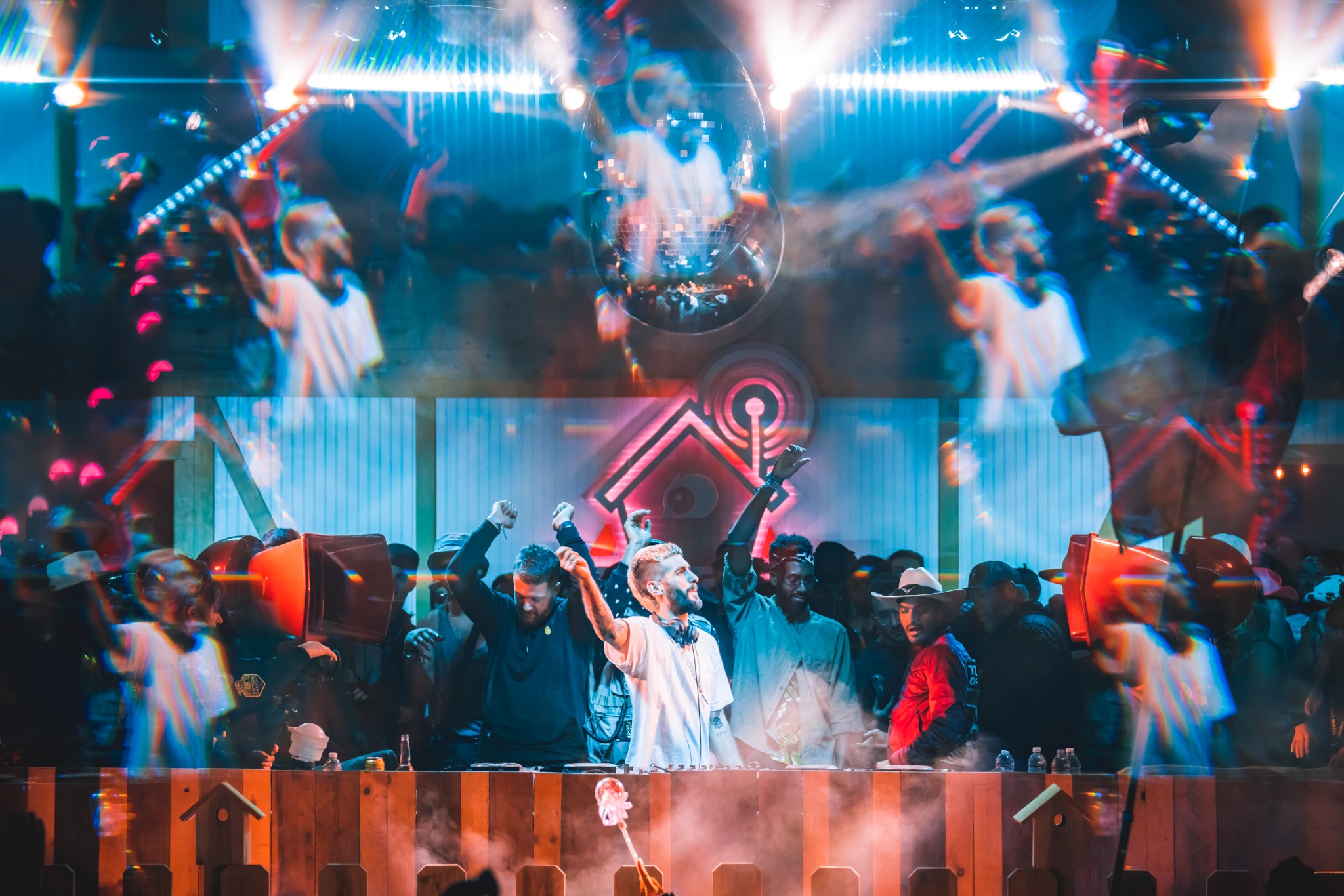 The Summer Camp of Every Adult’s Dream

The special sauce of Dirtybird Campout is… well, the fact it’s a campout. The four-day camping festival kicked off with an early arrival pajama party on Thursday evening featuring extended sets from Claude Vonstroke and Crosstown Rebels founder Damian Lazarus.

All attendees to Campout can check-in at the Games HQ station where Counselors in Training (CITs) will randomly give out either an orange, green, purple, or red bandana. Your color is your team for the weekend… and only one team will win the ultimate Iron Bird award. Anyone can compete in a variety of classic summer camp games throughout the weekend from a potato sack race, to a water balloon toss, to dodgeball and more.

Sitting on a calm reservoir, Campout also is the perfect setting for water activities. The 5k floaty race in particular is just as fun to watch as it is to participate. Arts and crafts are also front and center with stations to make tie-dye or screen print t-shirts, make totems, or get your face painted. The illustrious hosts of camp activities are a variety of artists playing the festivals which gets fans up in the action with some of their favorite artists. Screen printing with Sacha Robotti was a particularly slothy fun-filled time. 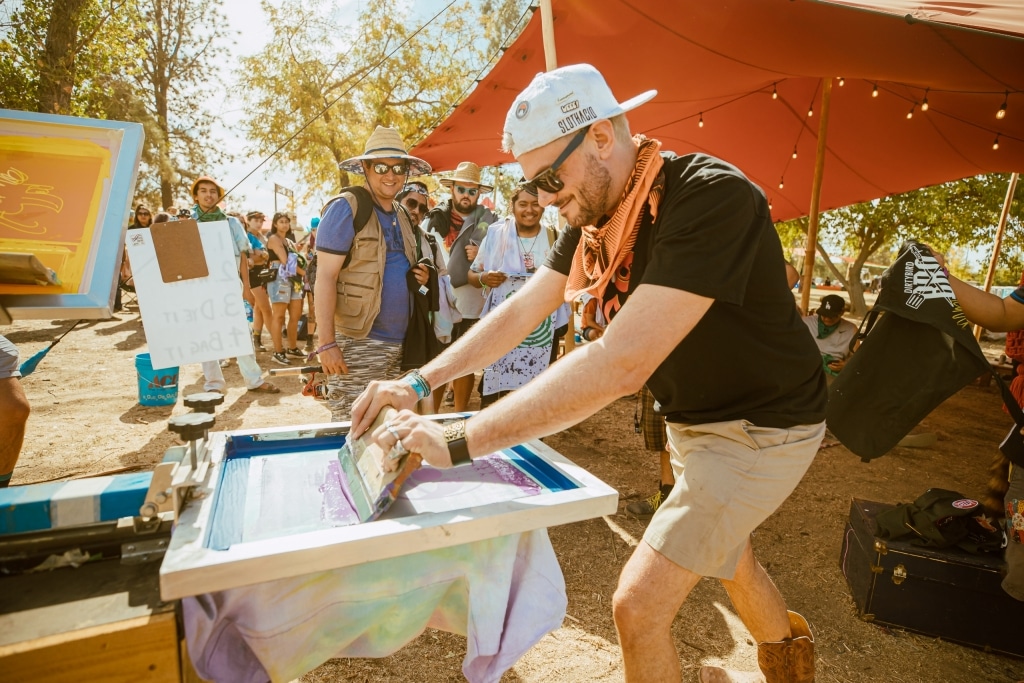 The culture of renegades is truly one of the most unique factors of Dirtybird compared to other festivals.

For those of you who are uninitiated into the Dirtybird flock yet, renegades are an integral part of the culture of Dirtybird. If you aren’t familiar with the term “renegade,” it’s the after-party sets that ring through the campsite grounds all night. Fans of Dirtybird bring all their finest gear and set up structures for fan-run sets that go all night into the morning. My campsite neighbors brought literal power tools to set up their wooden renegade structure. The artists playing the festival will roam the grounds and you never know when they might pop up to play a surprise set to either 5 or 300 people. You just have to stumble upon a lit renegade as the rave gods intended. The culture of renegades is truly one of the most unique factors of Dirtybird compared to other festivals.

Friday night saw Dirtybird fan-favorite Ardalan playing a legendary 5-hour set in the dome renegade. If you know, you know. The campsite dome in the center of the RV camping area is practically the third official state of Dirtybird. No one enters the dome and comes out an unchanged person. Steve Darko also made a renegade appearance that night.

You can roam around the campsites all night long bouncing from renegade to renegade. One night I went on a mythical quest to find a giant inflatable entryway shaped like a black cat which I heard had ball pits full of light-up balls. I won’t tell you if I ever found it or not. Maybe you’ll just have to go try to find it for yourself. You might find yourself just getting caught in the music and camaraderie and the next thing you know, the sun is coming up. The sleep deprivation is worth it, though. 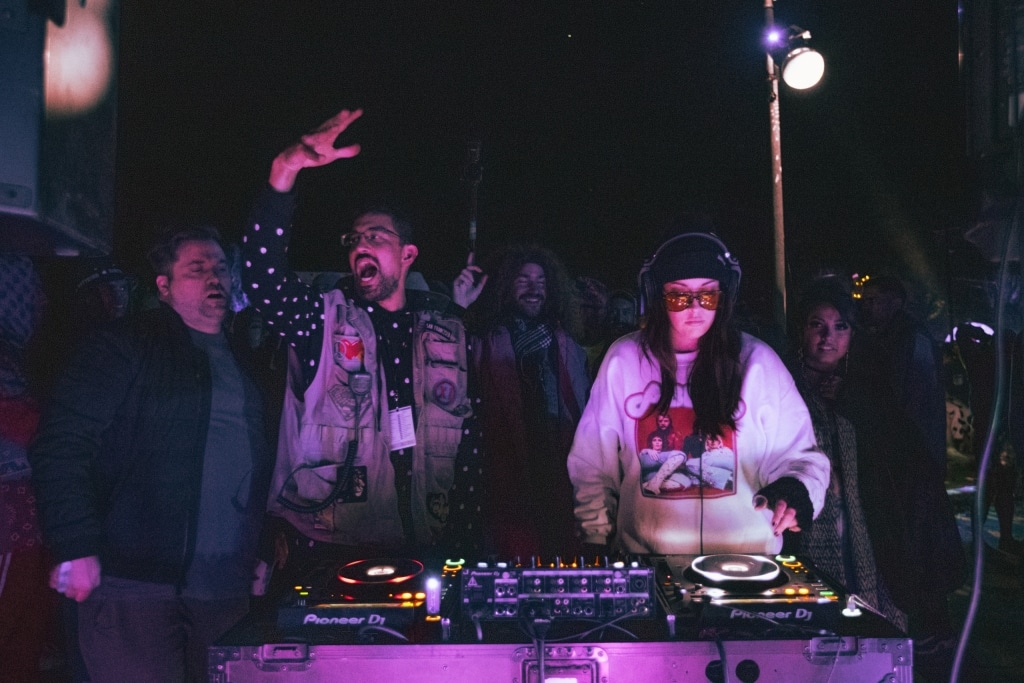 “Lap Dance For Your Life” is always a crowd-pleaser where random people in the crowd compete to be crowned the Ultimate Lap Dancer™. The Dirtybird crew clearly searches far and wide for some offbeat entertainment to be just as fun as the music is for attendees. Claude’s Cabin is essentially a modern-day Vaudeville show.

An evergreen favorite, the Great Bingo Revival’s grand prize to the winner of the game was a freakin’ sailboat. What other festival can you attend and potentially win a sailboat? It’s just one of the many fun Easter eggs Campout has to offer… but you have to go digging for them. Little treasures adorn the festival grounds in the form of random entertainment all weekend.

But wait… there’s even more!

The 2021 edition saw the advent of a Roller Disco… say what?! A roller disco at a festival sounds like a recipe for a personal injury lawsuit, but it was so fun and everyone enjoyed the addition of the late-night activity. Attendees could either bring their own skates or rent them so everyone could join in on the fun. DJs such as Harry Ramero, DJ Minx, and many more had actual set times at the roller disco and each night featured a dazlling disco theme such as Disco Prom. Best dressed rollers won some swag from Flying Embers, one of the sponsors of Campout. 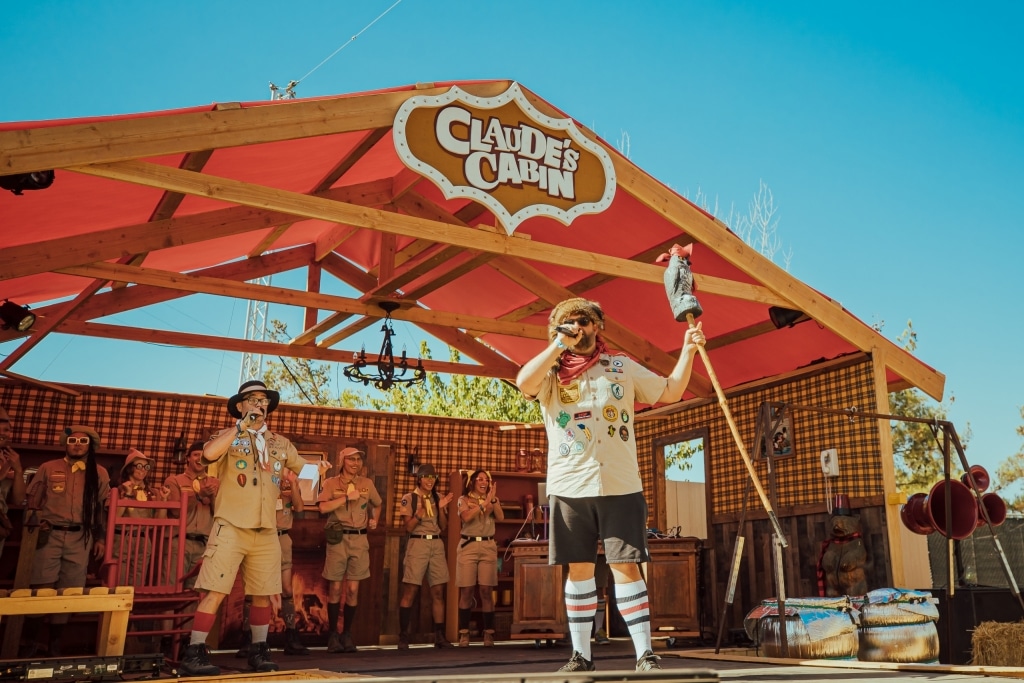 While all of the above sounds incredible, what really separates Dirtybird Campout from any other festival is the sheer love and passion you see every single artist, crew member, and staff put into this event. Every single artist is having the best time of their life on stage and within the festival – smiling, dancing, and interacting with fans. The artists partake in several camp activities and roam the grounds giving out patches to fans. They don’t just come into the event, play their set, and leave. They are an integral part of the experience in and of itself.

The Dirtybird label and fanbase have grown significantly in popularity in the past few years,  but the festival remains a close-knit affair. It’s full of love, team spirit, and of course, the weirdest shenanigans you may ever see in your life.

“Sometimes I wonder if we’ll do more Campouts because each year it gets harder but then I get here and I just… love Campout. I just love it. We’ll always do what it takes to make it happen.”

Claude Vonstroke on his love for the festival

You can see just how much fun everyone at Campout has had by the end of the weekend by the stars in their eyes… and the bags under them. The artists clearly have just as much fun as the attendees judging by how much they tweet about how they are barely hanging on by a thread post-Campout. Dirtybird has really crafted something special here.

Can’t wait for the next Campout? The label’s newest festival Dirtybird CampInn debuted back in May and will be announcing its return dates to the East Coast soon. Keep checking for news. 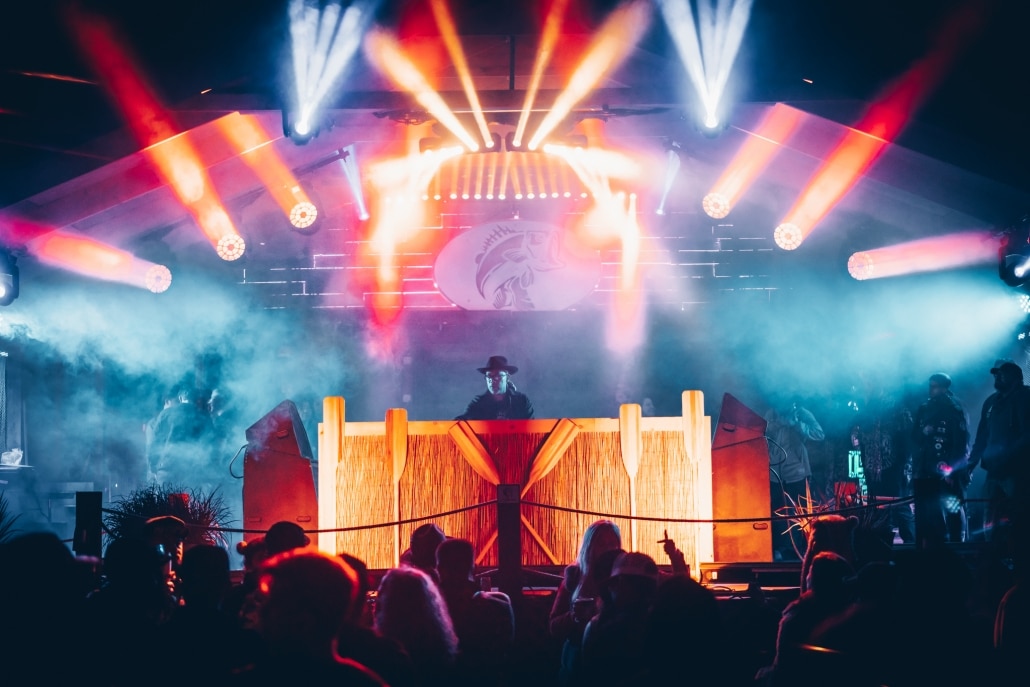 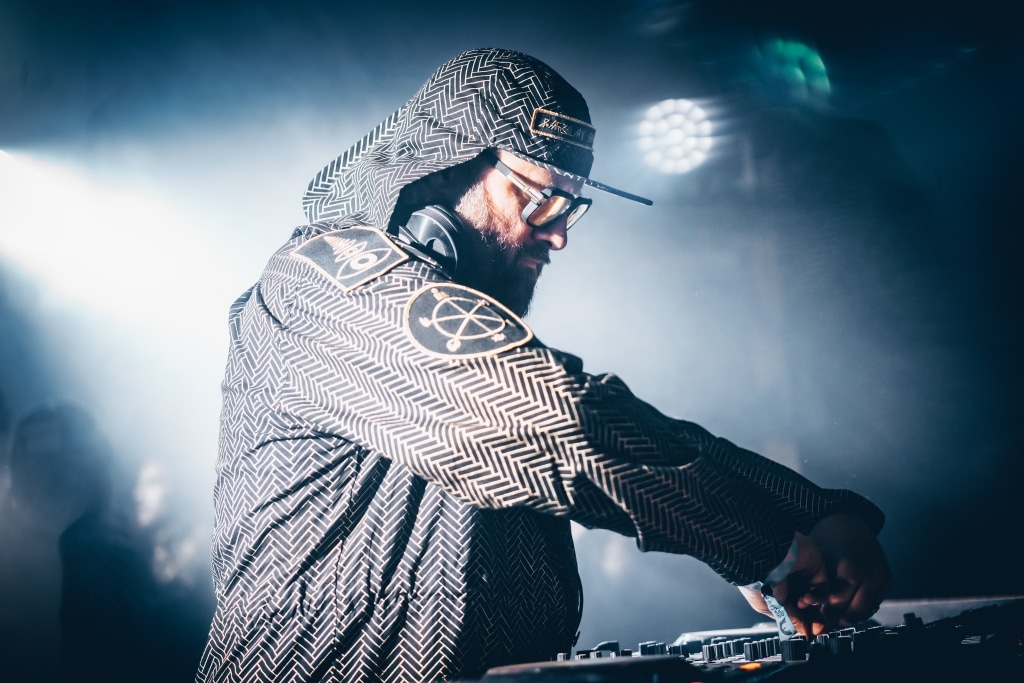 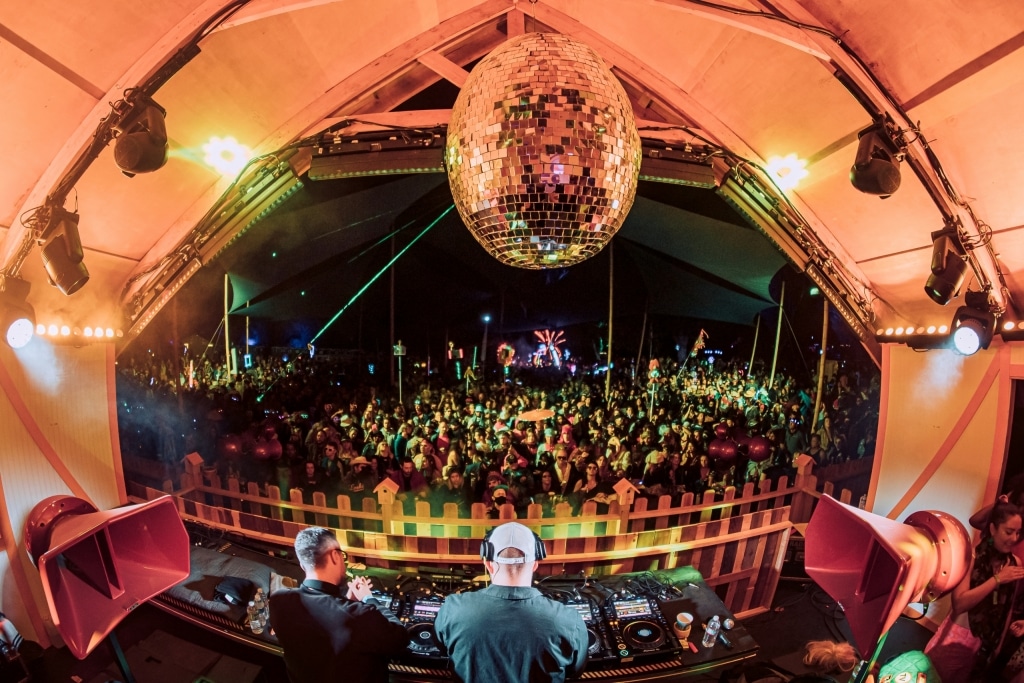 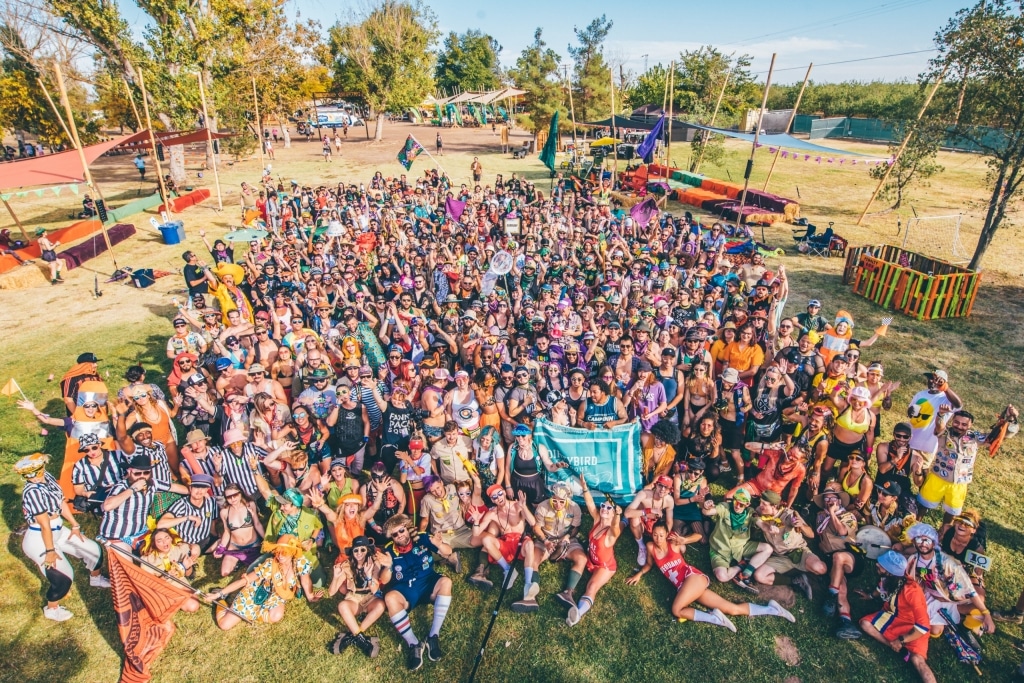 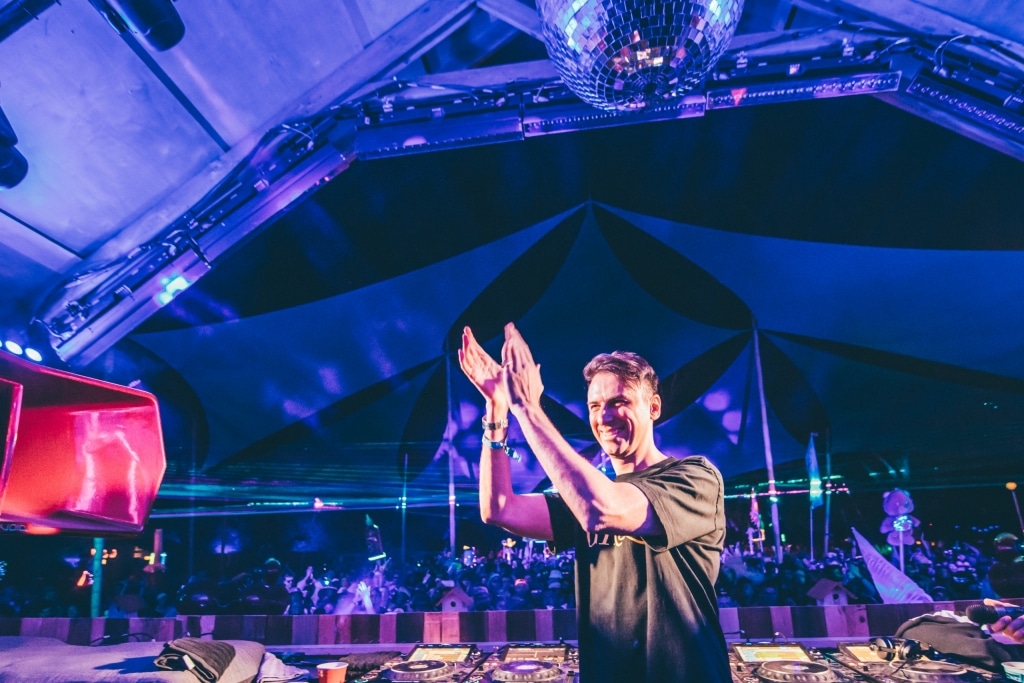 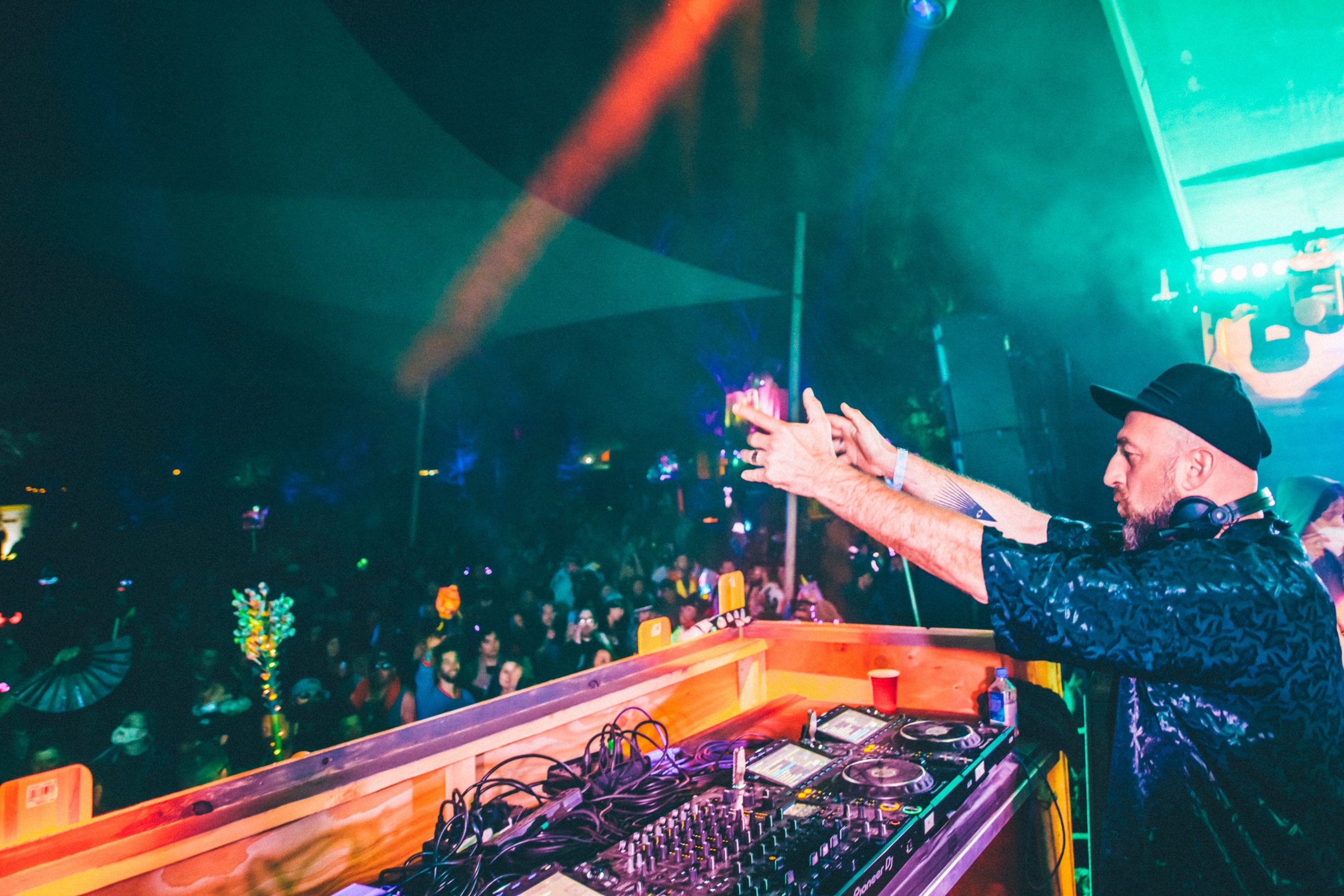