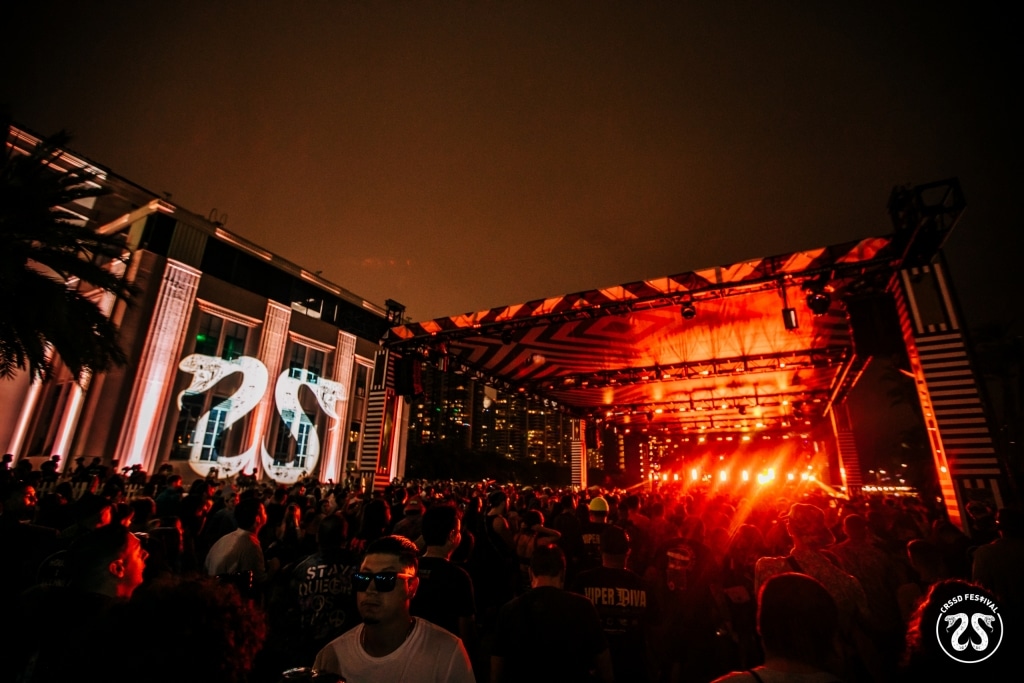 Holding the honor of being on the best electronic events in Southern California, CRSSD Festival made its triumphant return since early 2020. Attendees of the spring 2020 edition of CRSSD may not have realized at the time that they would be attending one of the last major events to occur before the pandemic shut the live event industry down. Safe to say, the fan-favorite electronic music festival came roaring back for its fall edition this year.

Always featuring a stellar lineup, this festival is one of the best because of its relentless pursuit of curating an amazing time for attendees, both inside the festival and out. Keep reading for our review of the 2021 September edition of CRSSD festival.

First off, let’s start with the stars of the show: the artists themselves. CRSSD festival is well-known for bringing some of the most stacked electronic artist lineups to the Southern California region, and this year was no different. Each of the three stages on the venue grounds curates its own vibe, and each artist is perfectly in tune with how to curate their sound to fit their element.

As far as house artists at The Palms stage goes, Hot Since 82’s deep and sexy house grooves closed out the festival on Sunday night, followed by a stellar performance from Paradise-founder himself Jamie Jones.

Last, but not least, the Ocean View stage also hosted some of the top headliners for the festival. Flying Lotus was a clear crowd favorite to close out the first night of the festival, along with the one-person live performances by Jon Hopkins and Kelly Lee Owens, and the debut performance of Tiga & Hudson Mohawke’s joint effort LOVE MINUS ZERO. 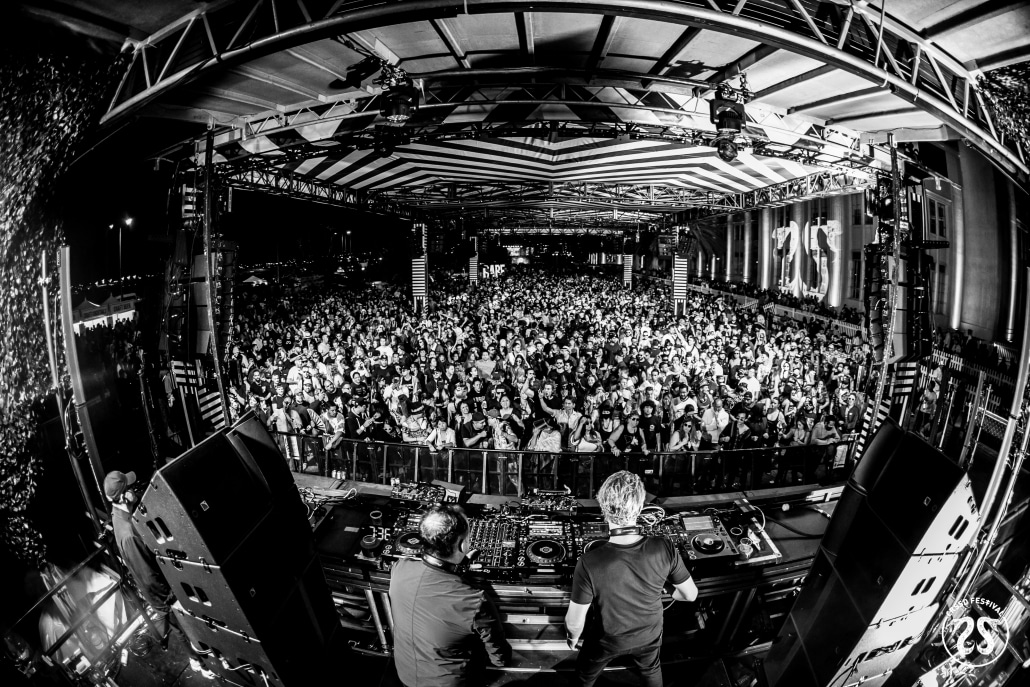 The fact that CRSSD ends before midnight each day doesn’t stop the party. The FNGRS CRSSD promoters bring many of the acts from the festival to play in venues around the city of San Diego. Whatever afters vibe you want after the festival ends, you can find. The proximity of Waterfront Park to the rest of downtown means you don’t have to travel too far for any of the after-parties.

Another special shout-out to Hot Since 82 who played the club like a fiddle. The house DJ diverted a bit from his CRSSD set at the bright and upbeat Palms stage to play a deep and dirty set for the darker environment. We wouldn’t be surprised if someone ended up pregnant by the end of the night! 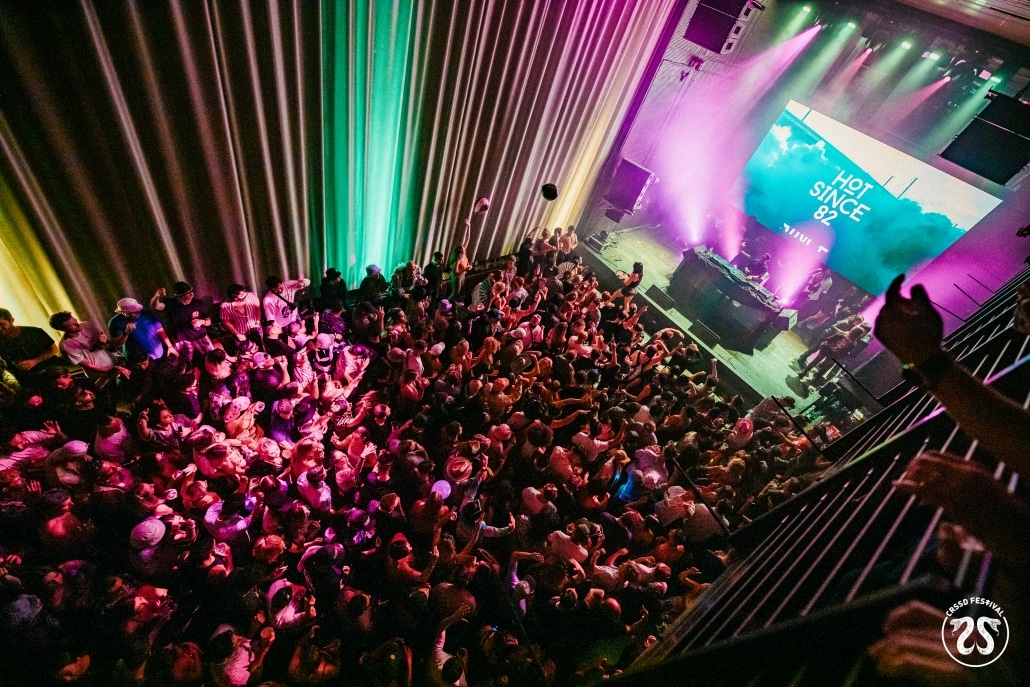 As a 21+ and older house and techno festival, the FNGRS CRSSD promoters clearly try to curate a more mature vibe than some other promoters. CRSSD Festival does not call itself a rave, nor does it want to associate with the typical rave scene. The production team meticulously curates the aesthetics of both the stages and adornments of the festival to create a more mature environment. The crowd is generally respectful, and everyone looks stylish. Other nice touches include the highly Instagrammable installations throughout the festival grounds.

The iconic House x Techno logo on the wall below was a hit amongst attendees, rarely seen without a line for photos. CRSSD knows how to promote their brand, that’s for sure! How many photos do you think will pop on Instagram of people wearing their “House x Techno” bomber jackets in front of this wall? 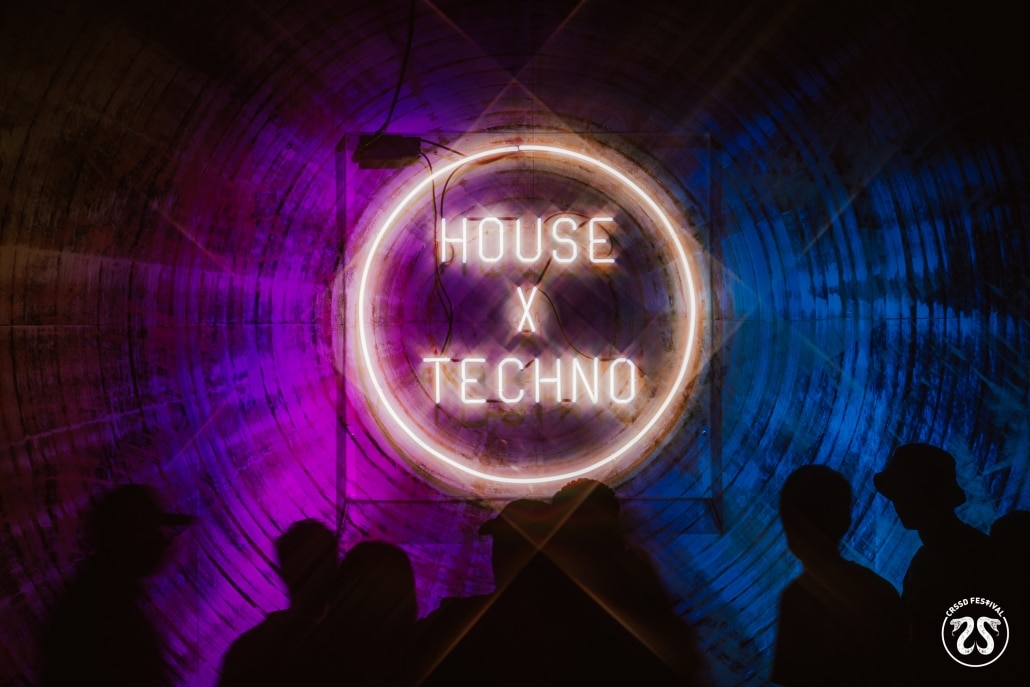 The FNGRS CRSSD promoters did one major thing – well, many major things – right when they began CRSSD. The biannual festival is usually held at both the beginning of March and sometime in September. Being held at both on the cusp of spring and during the beginning of fall provides some of the best weather SoCal has to offer. There is usually cloud coverage so it almost never gets too hot at either edition of the festival. For this year’s edition, Saturday was partially cloudy but mild and Sunday was absolute perfection. Cloud coverage all day long, yet it never got too cold at night. The mild temperatures as summer starts to settle down were most appreciated. You can get down and boogie around strangers without worrying whether or not they are raining rave sweat on you.

We’ve mentioned before how CRSSD goes above and beyond in curating its food and drinks lineup, and this year was no different. The festival featured classic favorites, as well gourmet options for those of us who are on the bougie side.

Whiteclaw, Stella Artois, Juneshine Hard Kombucha, and Deep Eddy Vodka were the official alcohol sponsors of this year’s festival. So, there was plenty of variety to choose from in terms of beverages. The CRSSD Cantina featuring gourmet Mexican food was also a nice touch, along with the craft beer tents beside it. No Bud Lights as far as the eye can see. The food was also stellar, that’s really all there is to say. Shout out to Bling Bling Dumpling! Those tasty little hot morsels kept us well fed. 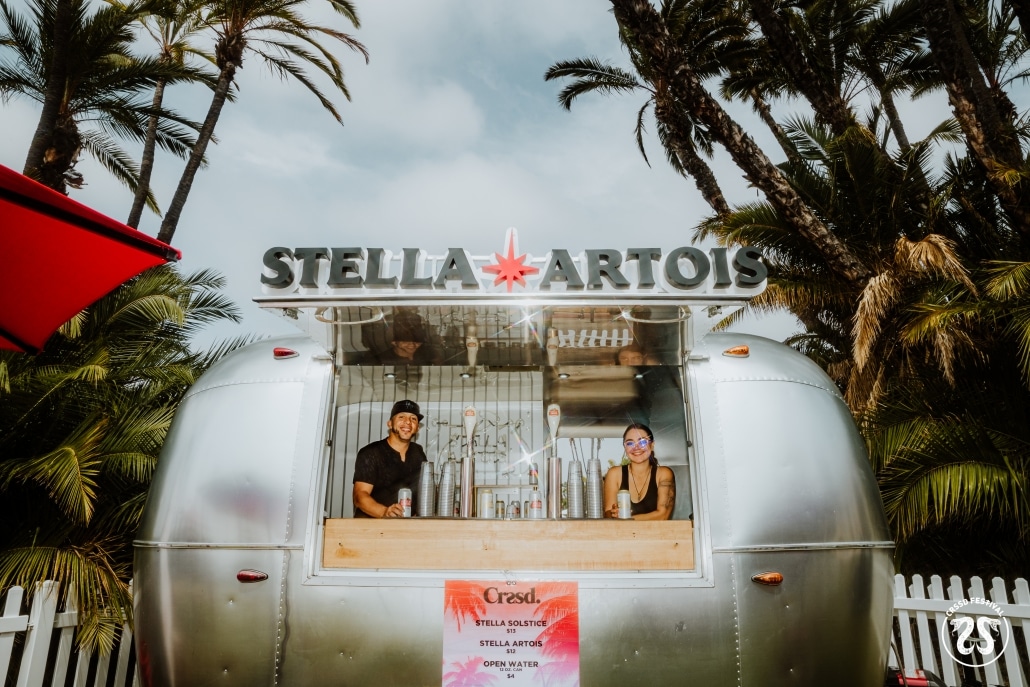 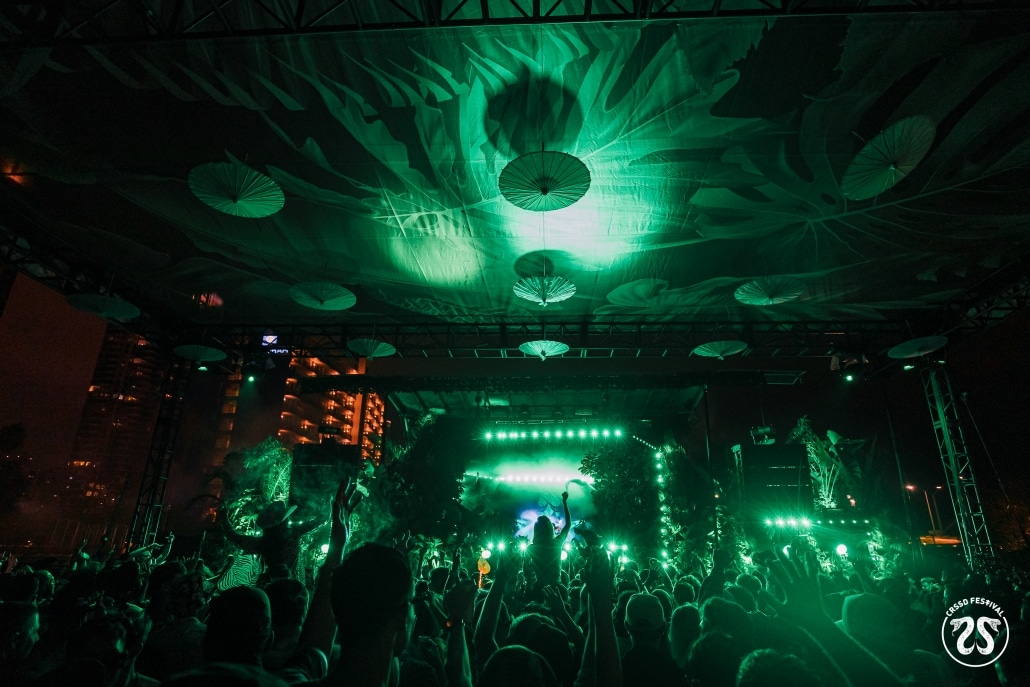 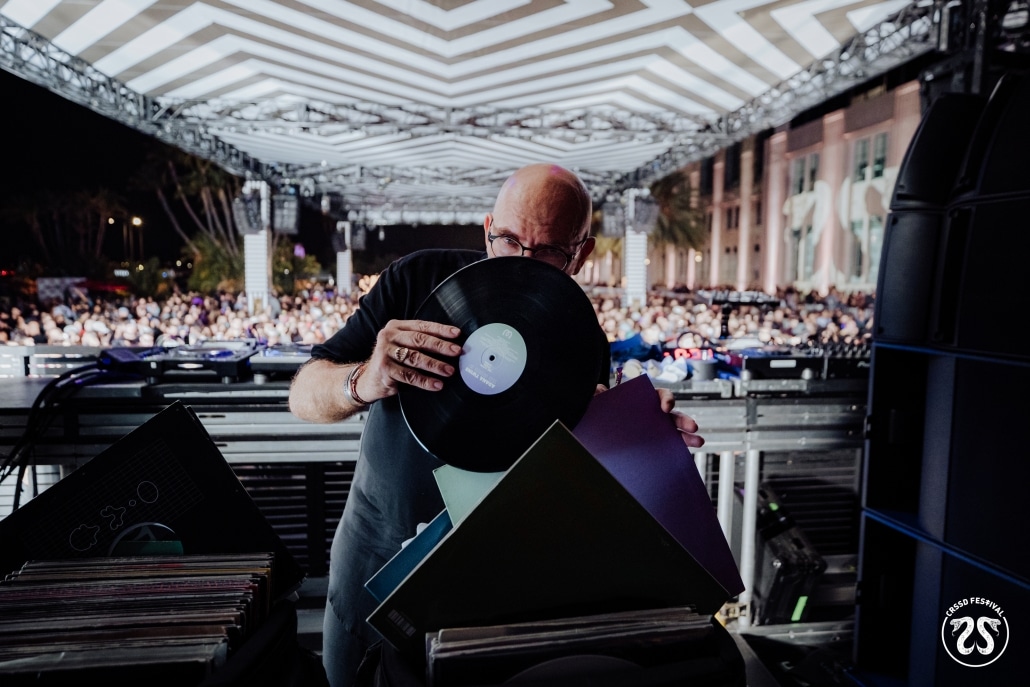 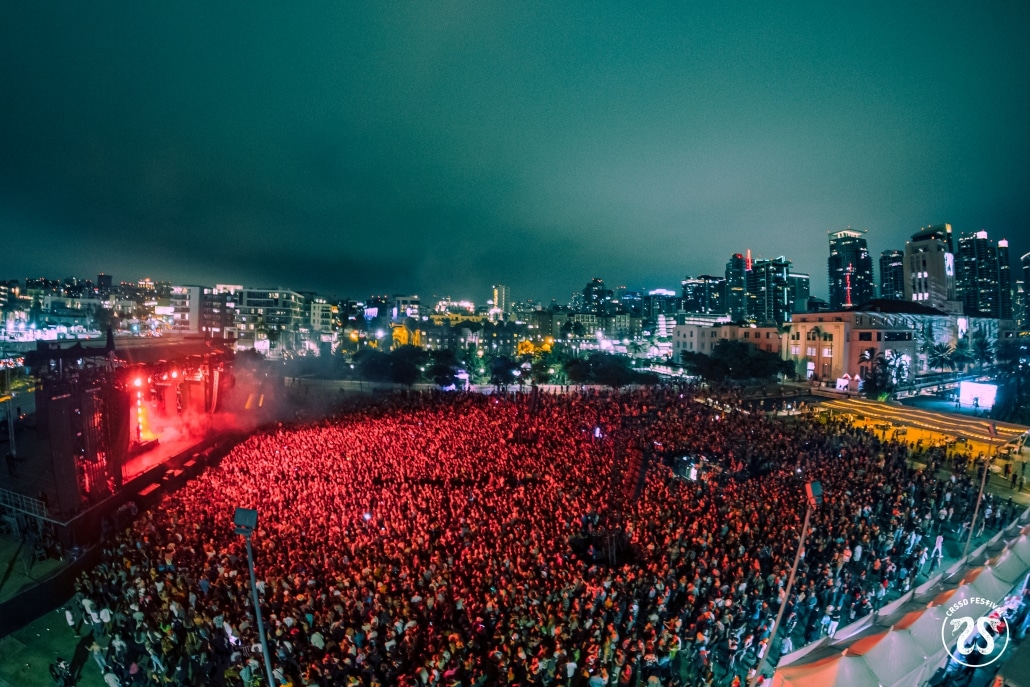 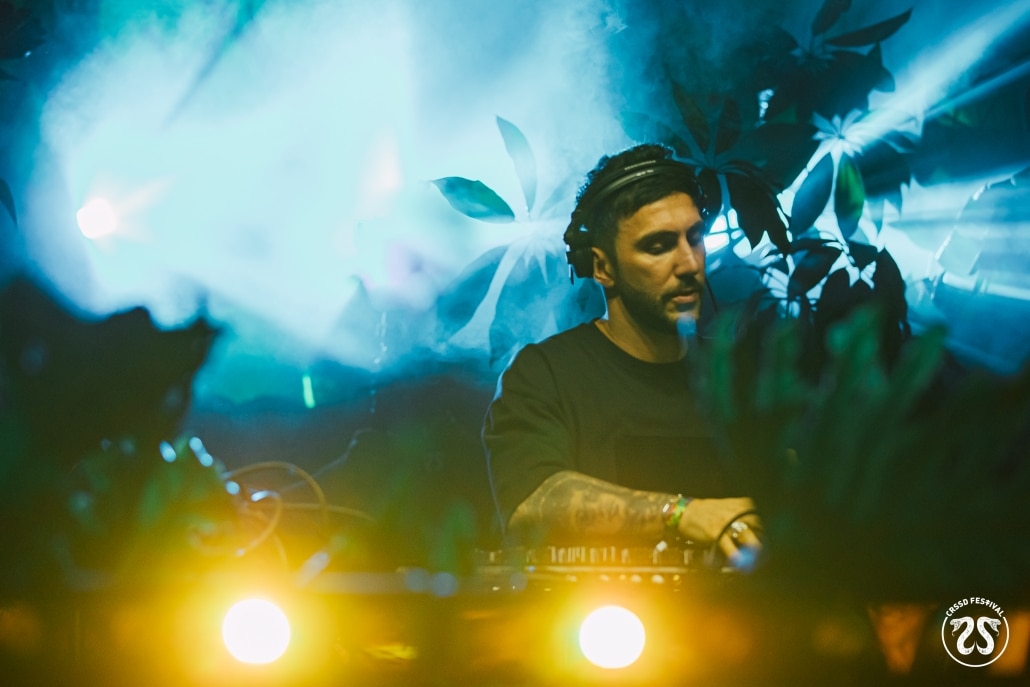 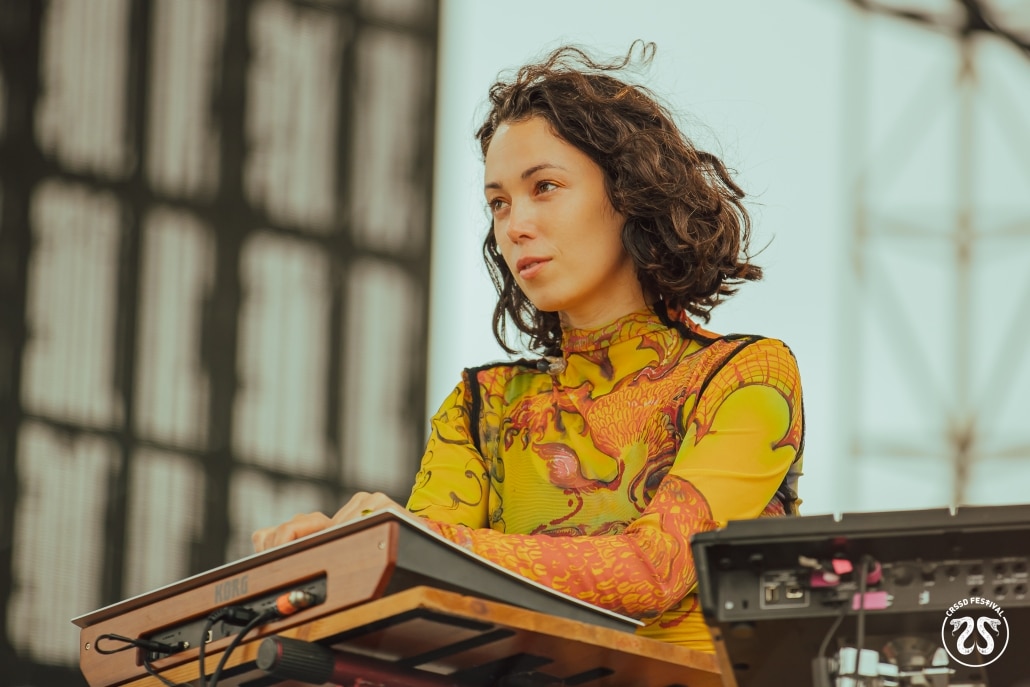 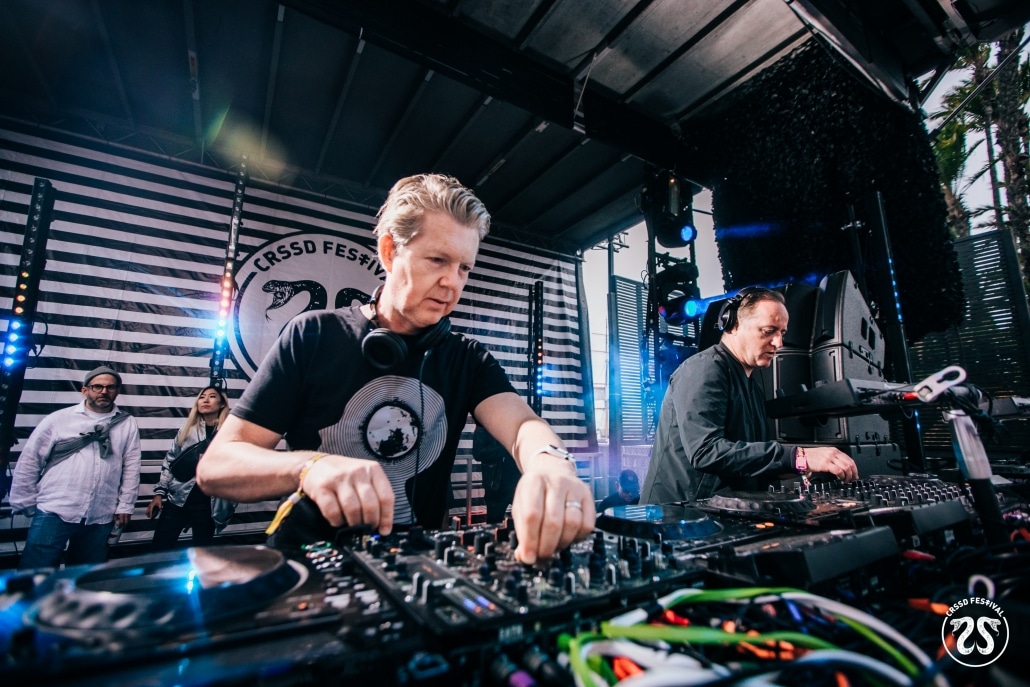 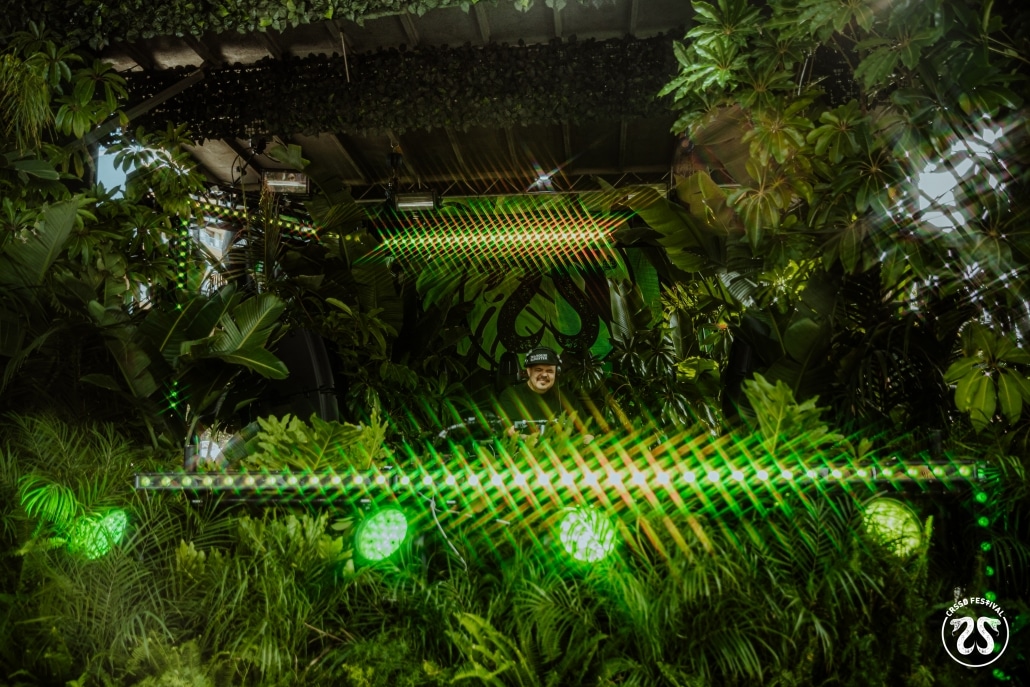 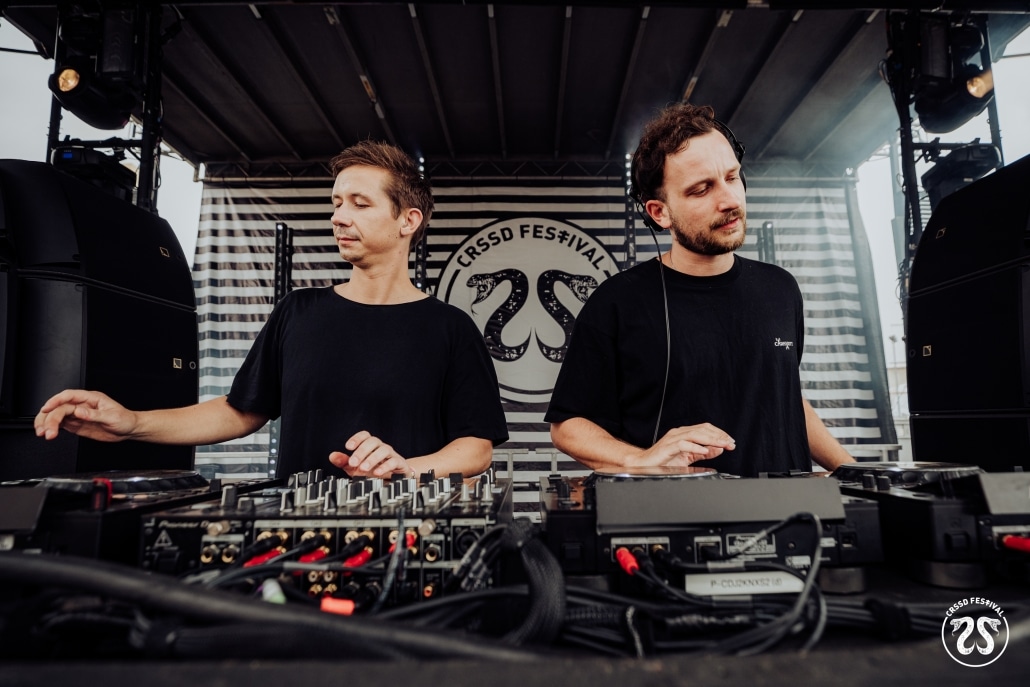 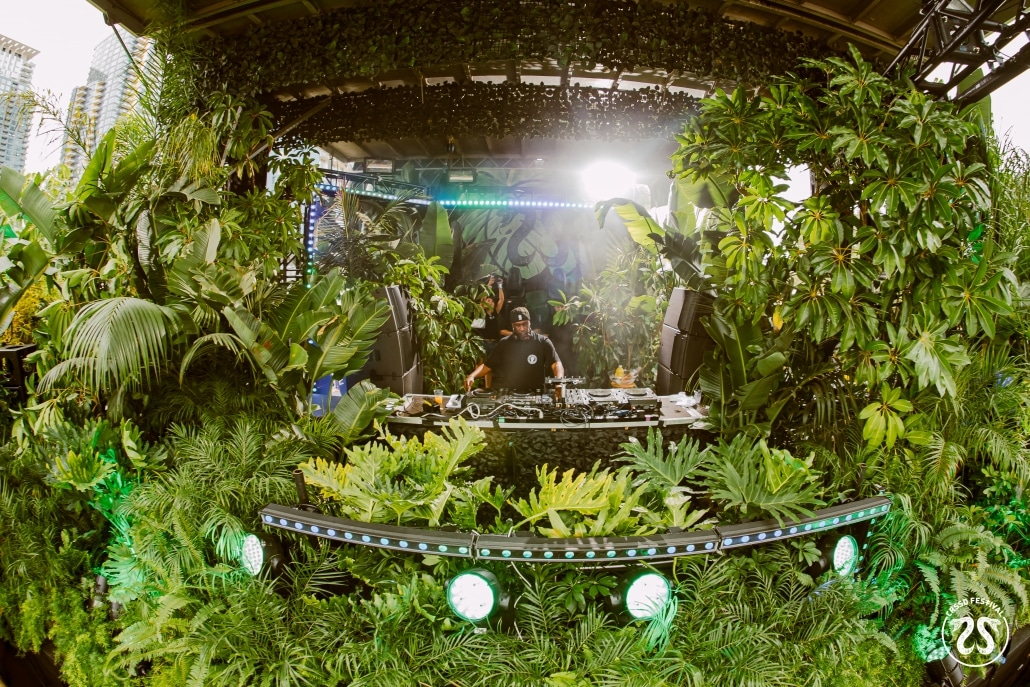 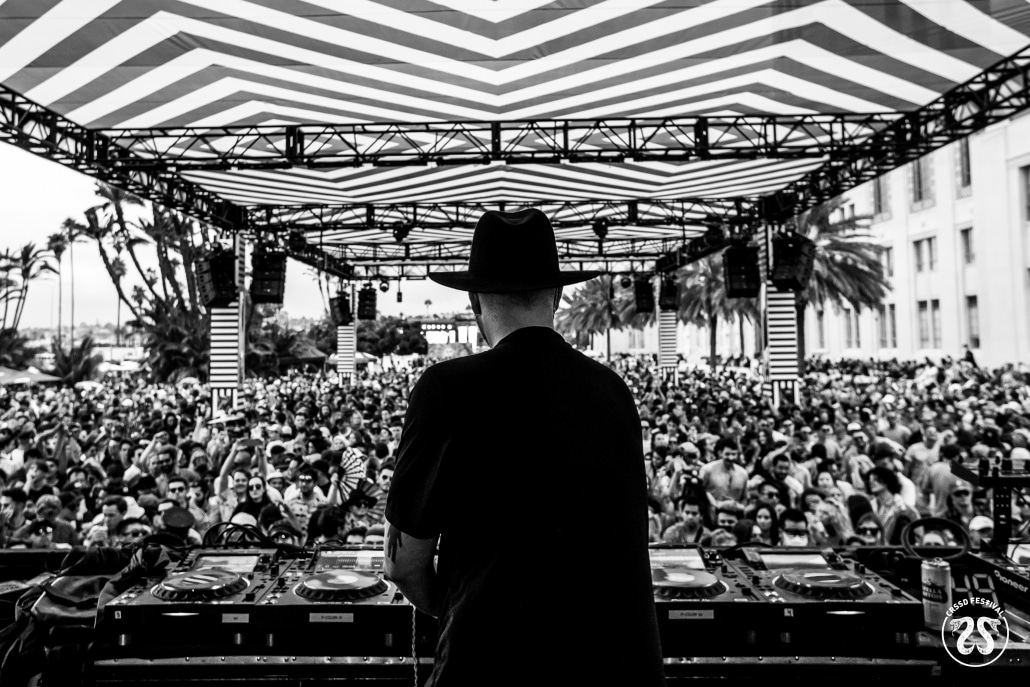 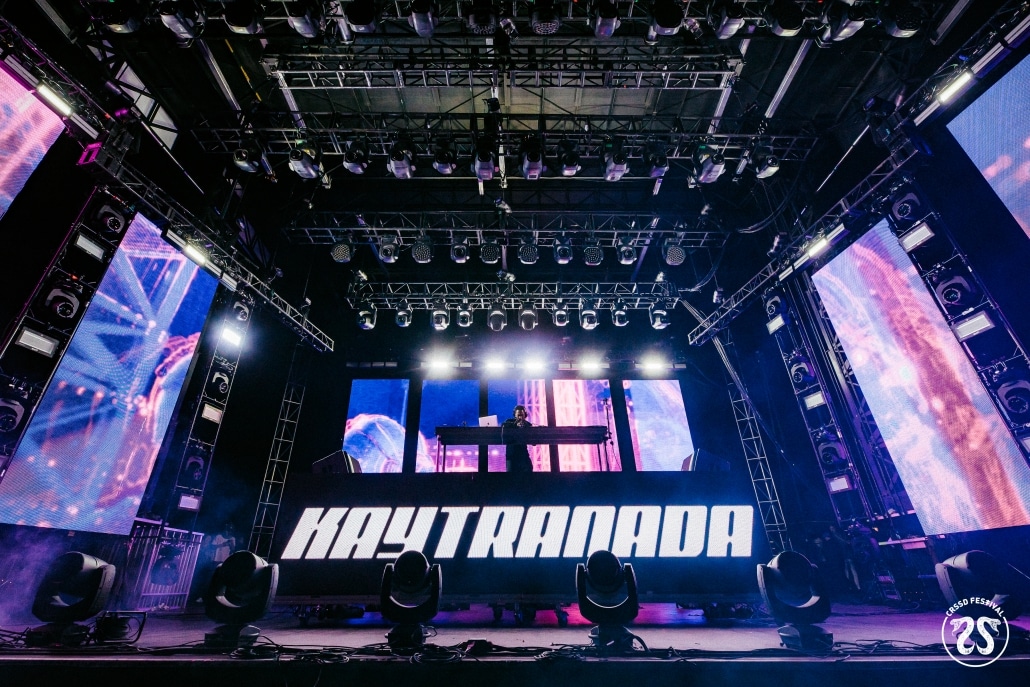