Review: Back In Action At Time Warp USA 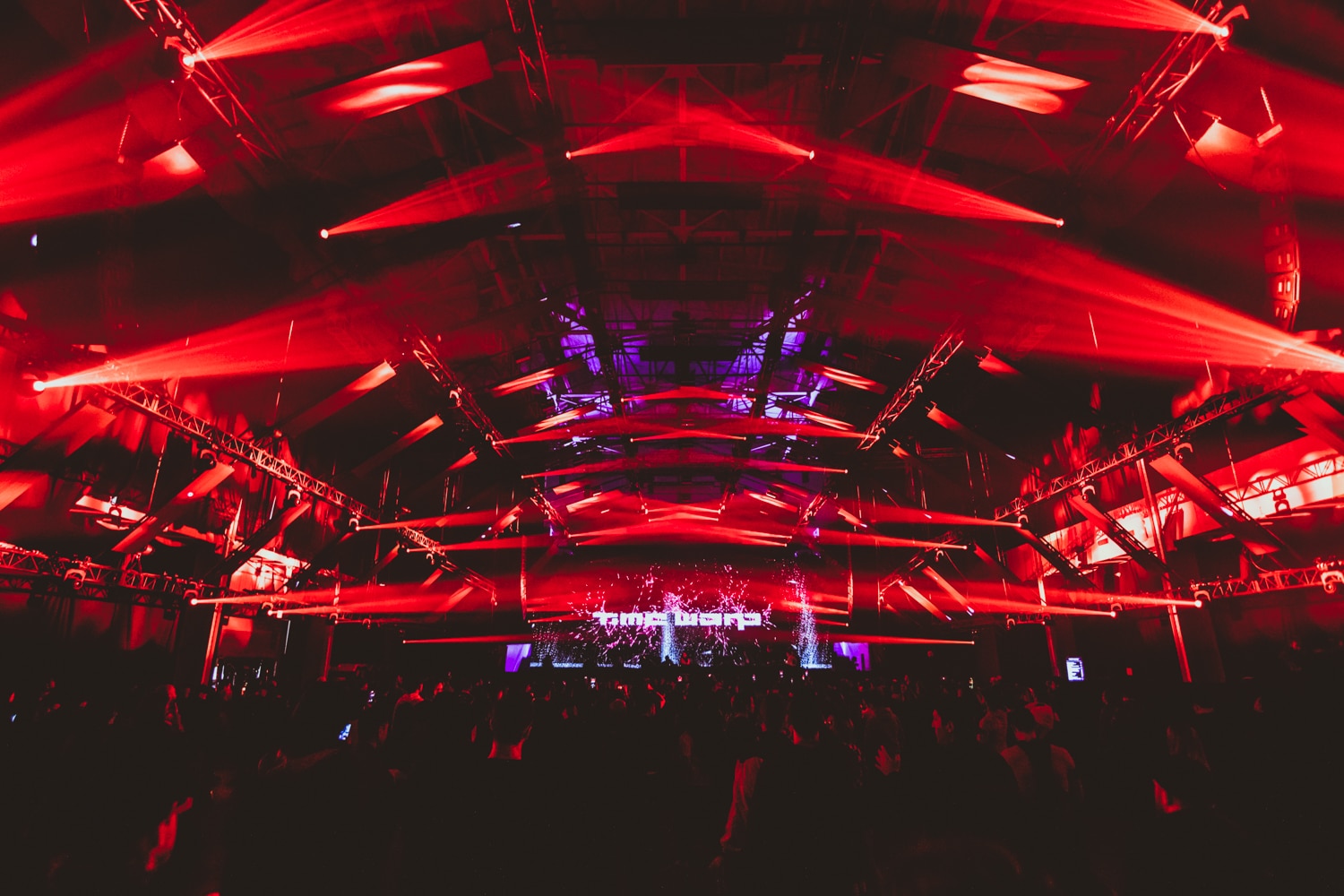 Review: Back In Action At Time Warp USA

People from all over the world travel just for Time Warp. It’s quickly become one of the leading techno festivals. Originally based in Mannheim, Germany with multiple floors and rooms basting different types of techno. This year it expanded again to the Brooklyn Navy Yard for a two-night event by Teksuport promoters. It brings an array of talent from local to international heavyweight techno artists. Here’s what this year’s had in store for those who attended.

Sprawling across the entire property with two curated stages, Floor 1 and Floor 2, both have a dungeon vibe surrounded by industrial buildings. Floor 1 was dark with not many lights from the ceiling or decorations from the previous Time Warp. As the DJs threw down their sets, the stage lights lit up to match the sonic flow. As the night hours pass, the sunlight starts to slowly appear through the windows. The sight of it was so beautiful.

Floor 2 had more lights than previous editions. The ceiling was packed with LED screens from corner to corner and lights beaming down to every beat. The stages were built from the ground up by the production team, expanding the property to different realms giving the ultimate festival vibes. It was very easy to map out the stages and performances. 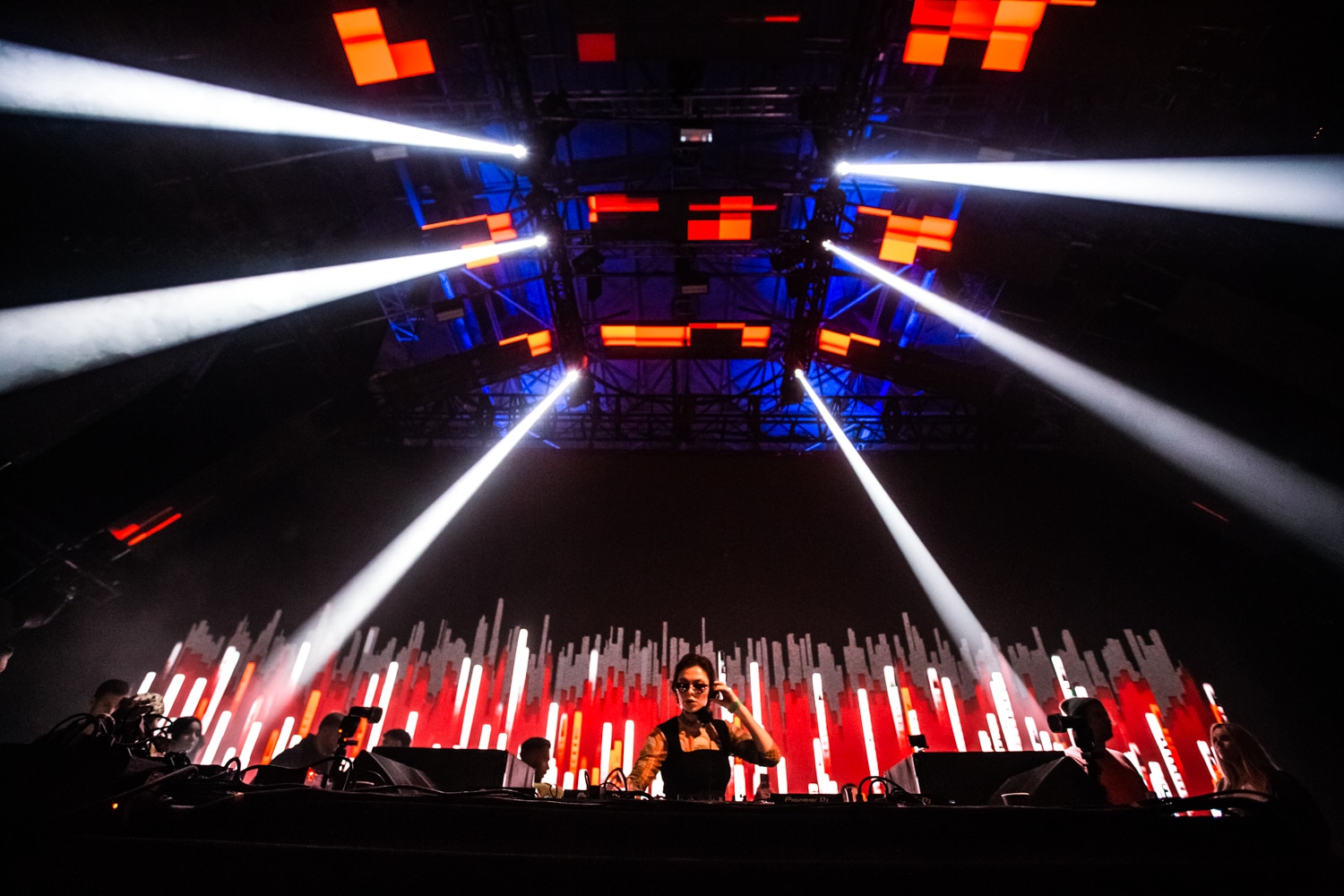 The night was taken over by some of the best techno artists who gave impeccable performances. Digging deep into their souls releasing dark heavy sounds and chords. German duo Pan-Pot delivered a somber set to start off the night. Techno pioneer Ricardo Villalobos gave an unbelievable back-to-back performance with Craig Richards completely surprising everyone with a clean and exciting set really kept the crowd going. Klockworks label boss Ben Klock did a back-to-back performance with Marcel Dettmann which was a personal favorite. It’s been three years since the last performance. Two playing together back-to-back was like dark magic. Closing out the first night with Hot Creations label boss Jamie Jones and Soft Touch, Play It, Say It, and Tuskegee label boss, Seth Troxler. It’s always a pleasure seeing these two master producers take over the same DJ decks. Both of them complimented each other throughout the back-to-back performance.

Night two brought yet another slew of top talent with a more female-driven lineup. Paula Temple took over the decks with a dark and nasty performance. Russian gem Nina Kravitz delivered a mystical set making the crowd go wild with her fast pace music. A euphoric set by the Bulgarian producer KiNK, taking the crowd into different parallels of time and space. “Melody Man” Stephan Bodzin took over with a sensual and powerful live performance, playing tracks from his new album “Boavista”. German duo and Innervisions co-owners Âme was another crowd favorite and a top-tier act to see. Completing the night and event was Reinier Zonneveld giving a breathtaking live performance which was a big crowd favorite by many. 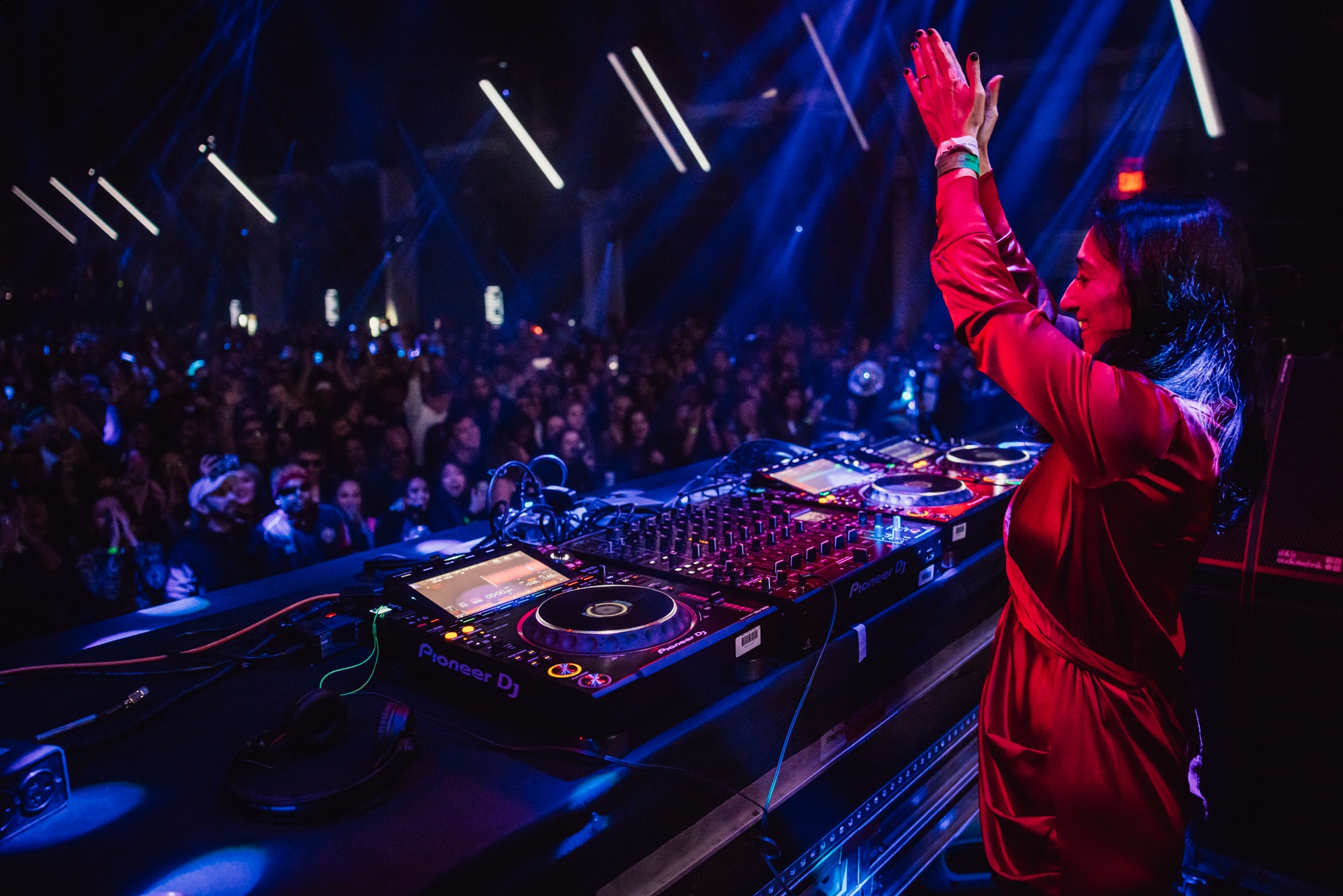 Taking place during November, the weather starts taking a dip on the East Coast with freezing temperatures outside. From where people parked their cars it was a ten-minute walk to get to the entrance. People were a little confused at first because there were no signs guiding them to the entrance. For future events, my tip is to drive to the exact location where there will be a side street that’s closer to the venue’s entrance. This will be your best shot to find a closer parking spot to avoid walking in the cold. The bathrooms were located outside of the stages, so these quick trips outside could serve as cooling off moments from all of the dancing. Both stages were equipped with were multiple heaters. The rave gods graced the event with good weather to East Coast standards: no rain or snow just the black night skies. 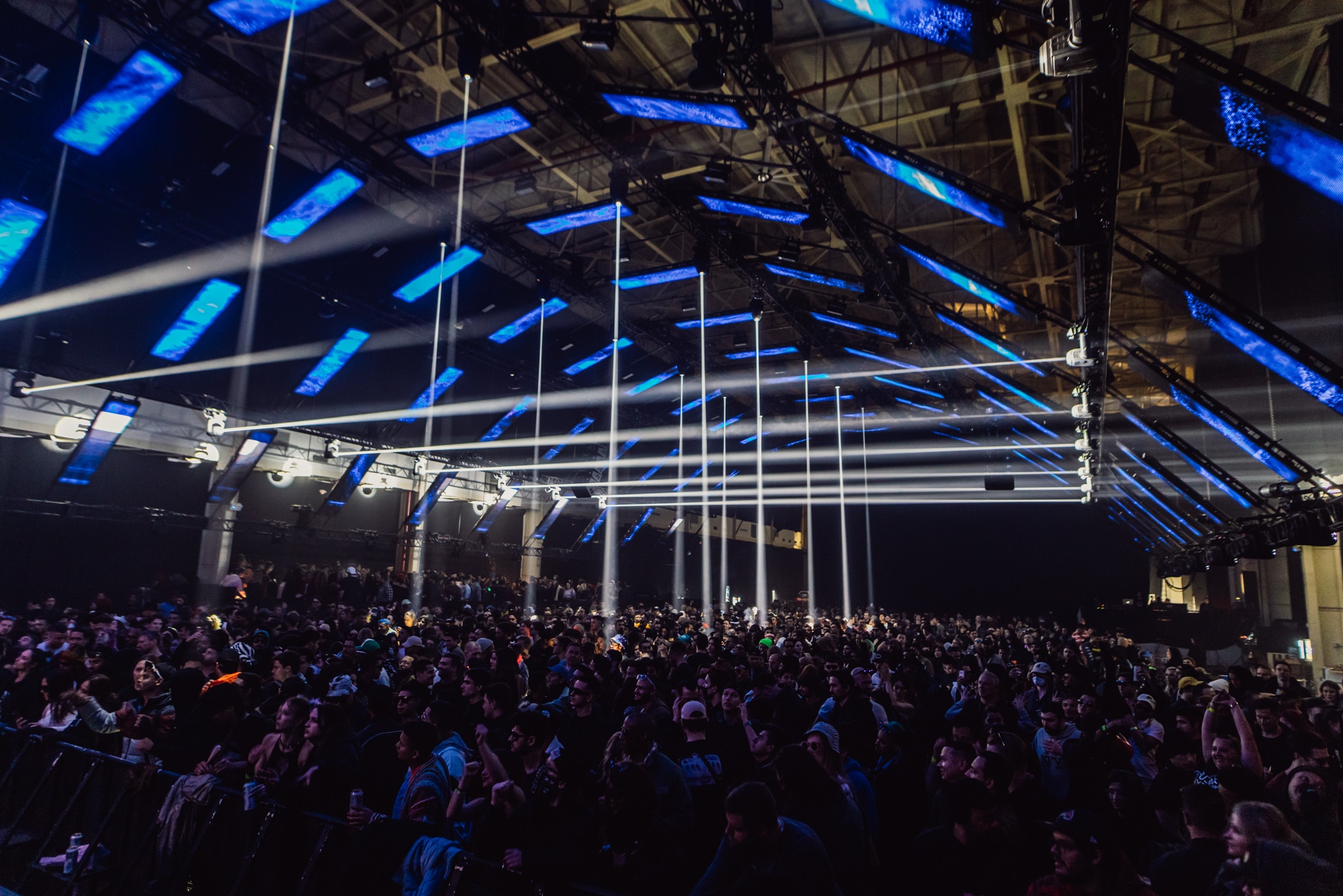 Providing fuel for the dance floor, there were delicious food options available on-site throughout Time Warp. The drink menu consisted of Whiteclaws, Stella Artois, Takata, Bud Light, and the standard liquors for the mixed drinks. There was plenty of variety to choose from in terms of alcoholic drinks. There were four bars, two at each stage. The service for drinks was great nobody went thirsty. 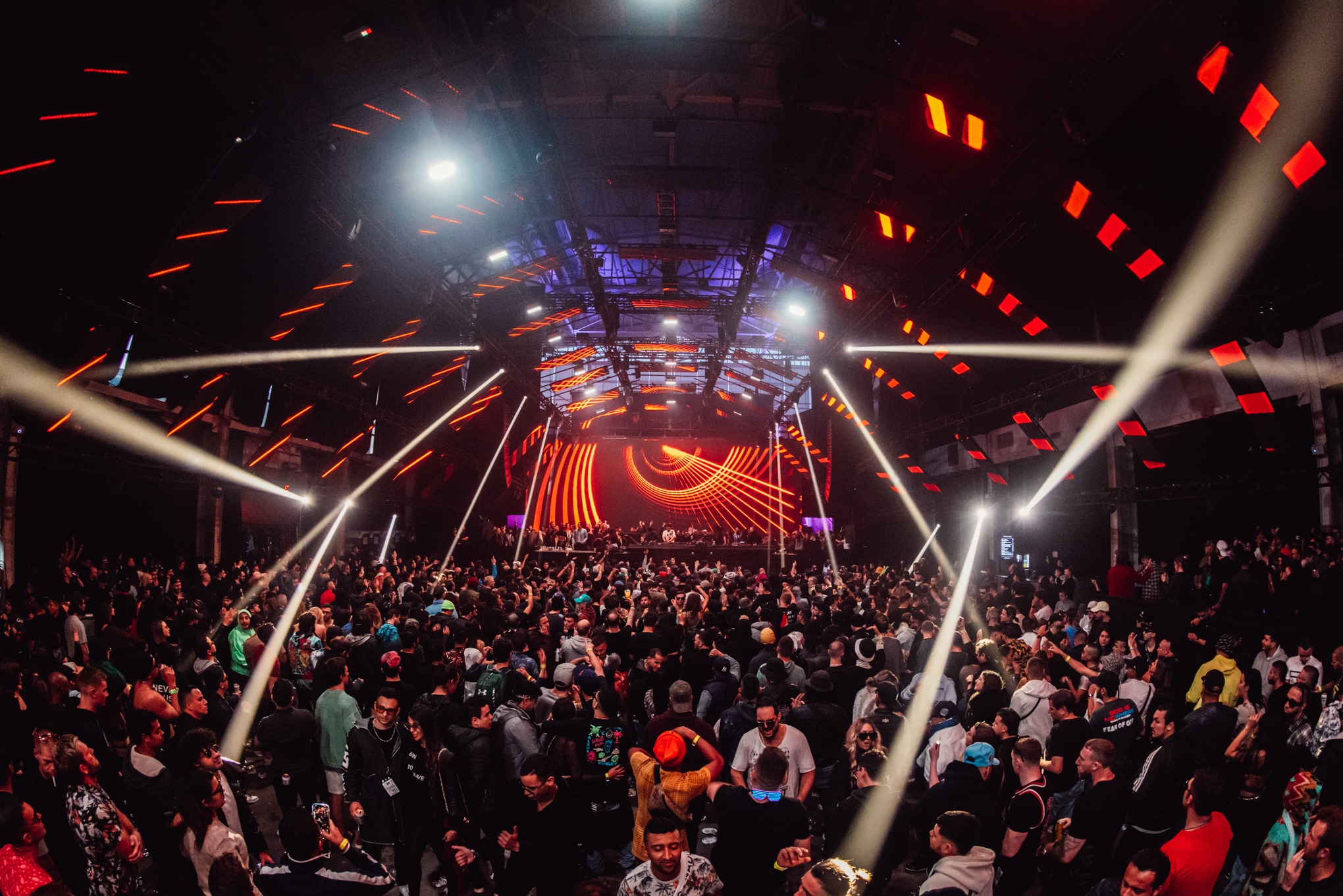 Many donned the standard techno attire: black-on-black. It felt good to be back home surrounded by people dancing together again to heavy techno beats. Everyone had plenty of room to move around. New York was made for techno and the community is only getting larger in the area. As a 21+ event, the Teksupport promoters know how to create a mature vibe. When it comes to performance and production by them it’s always a festival vibe. 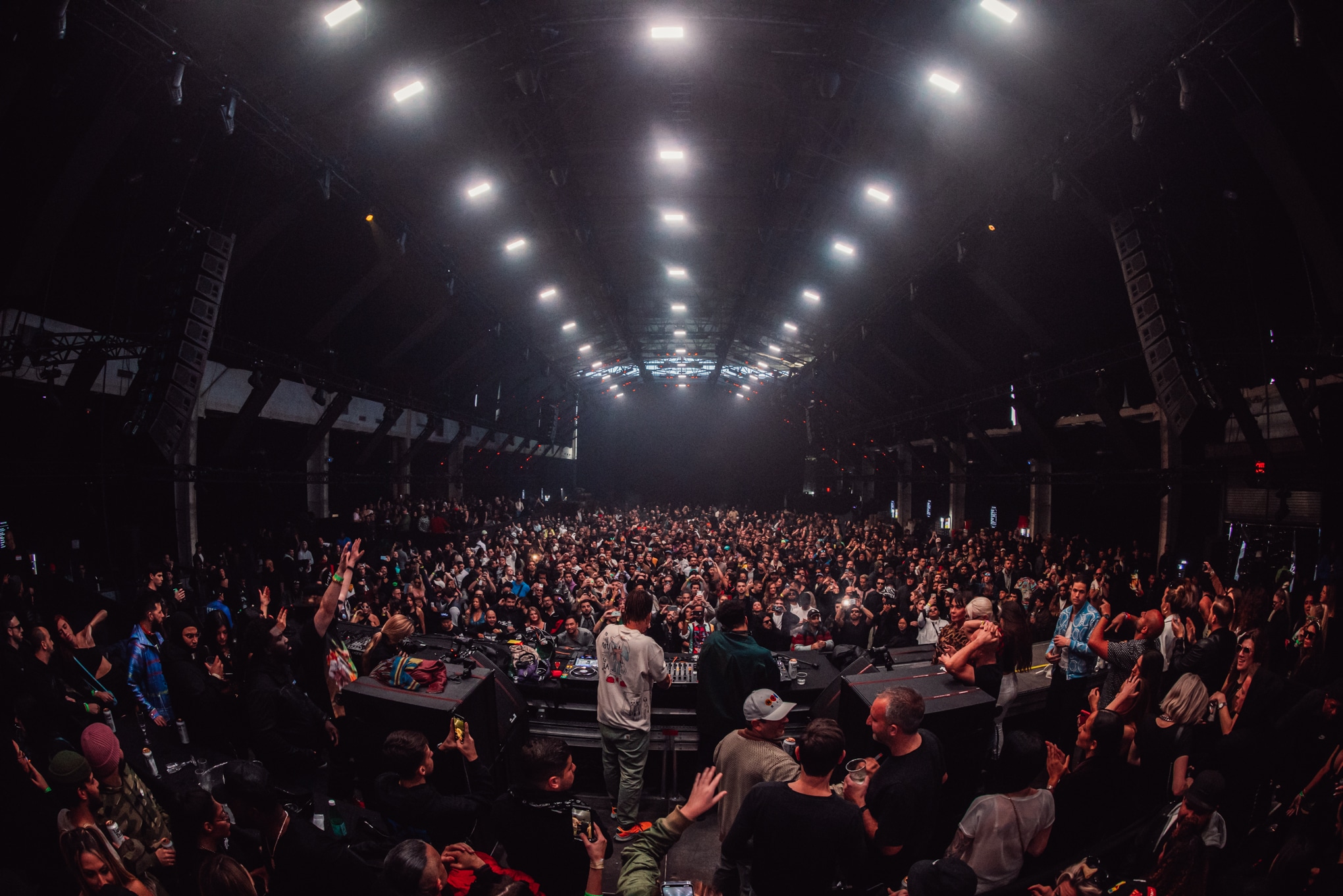 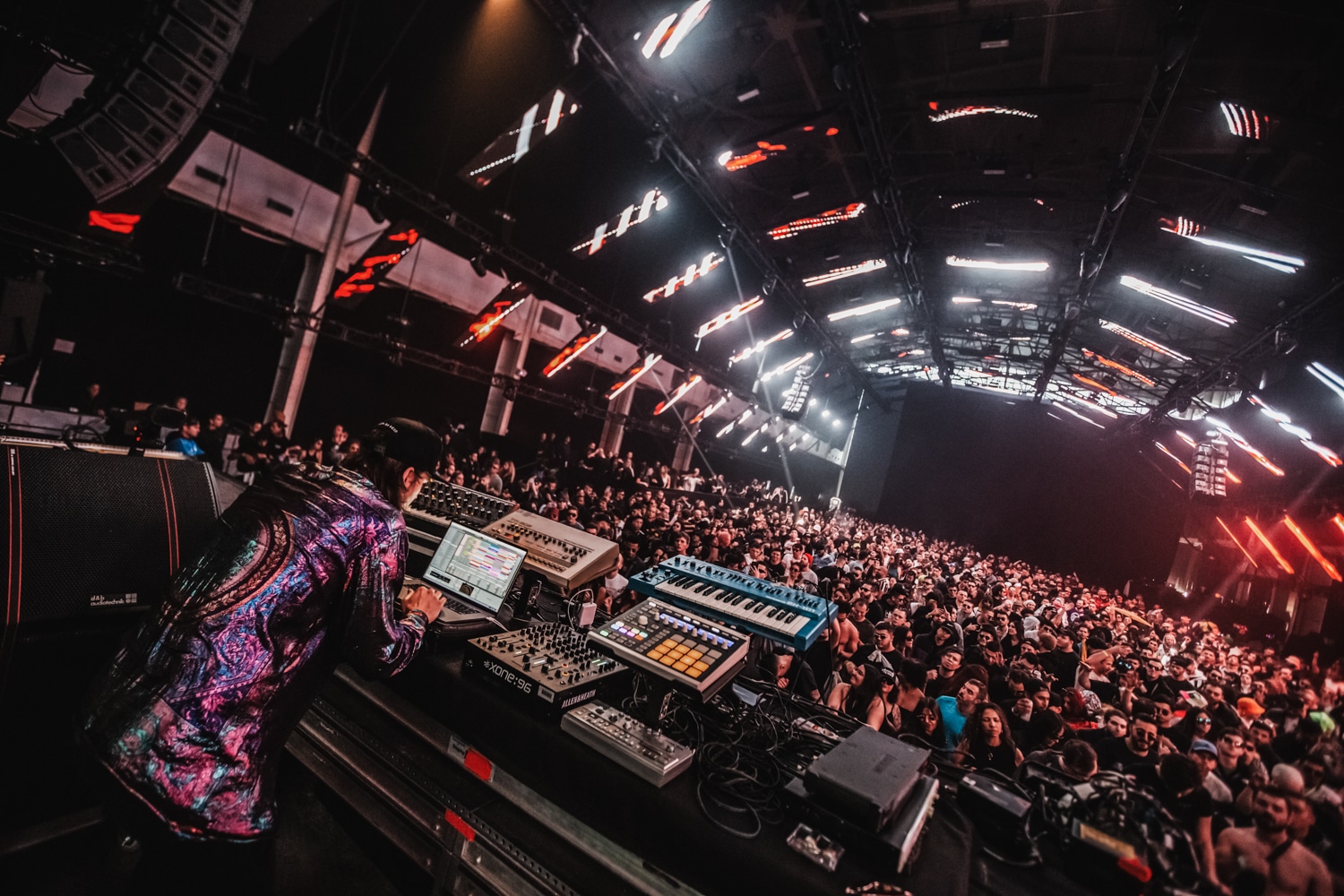 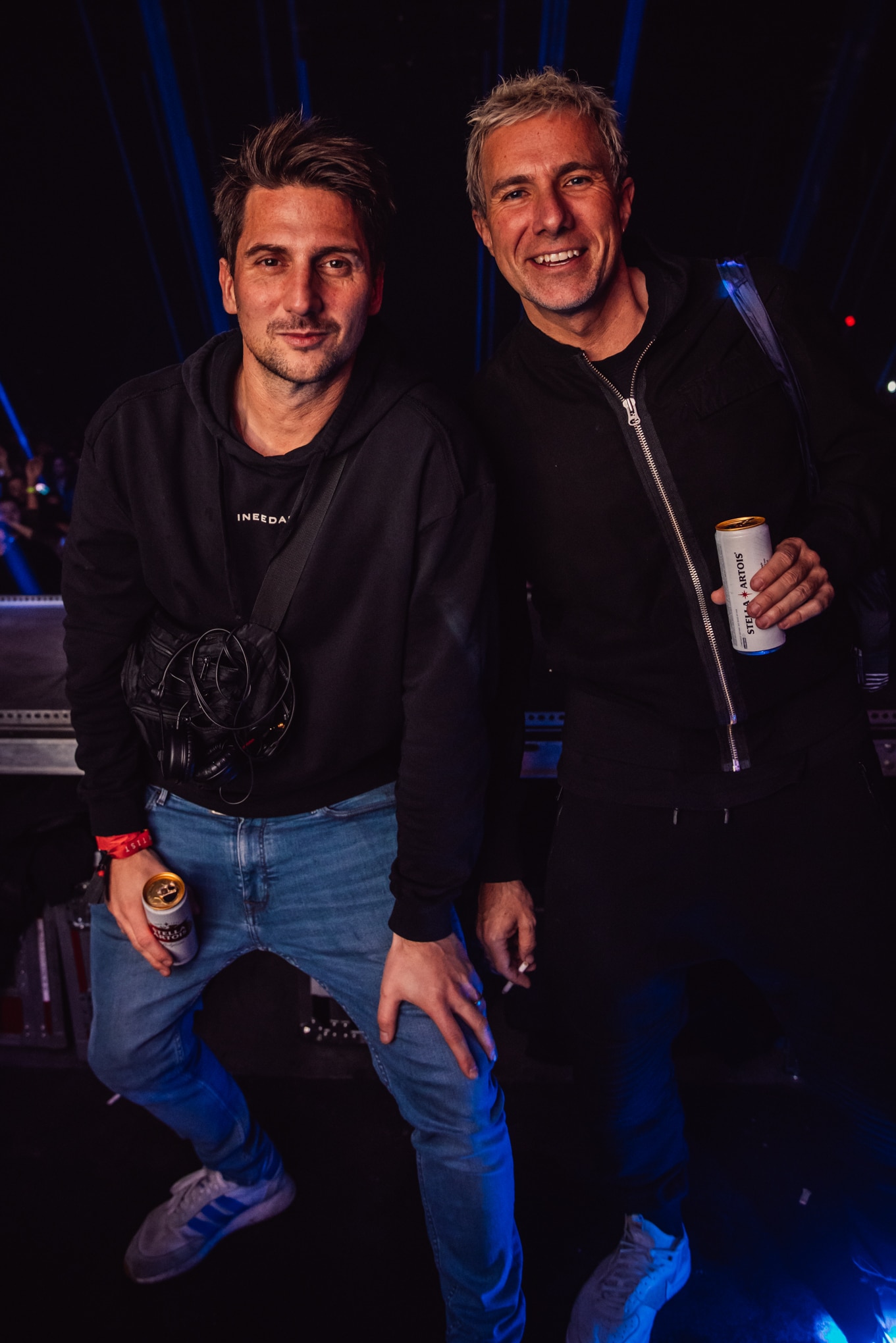 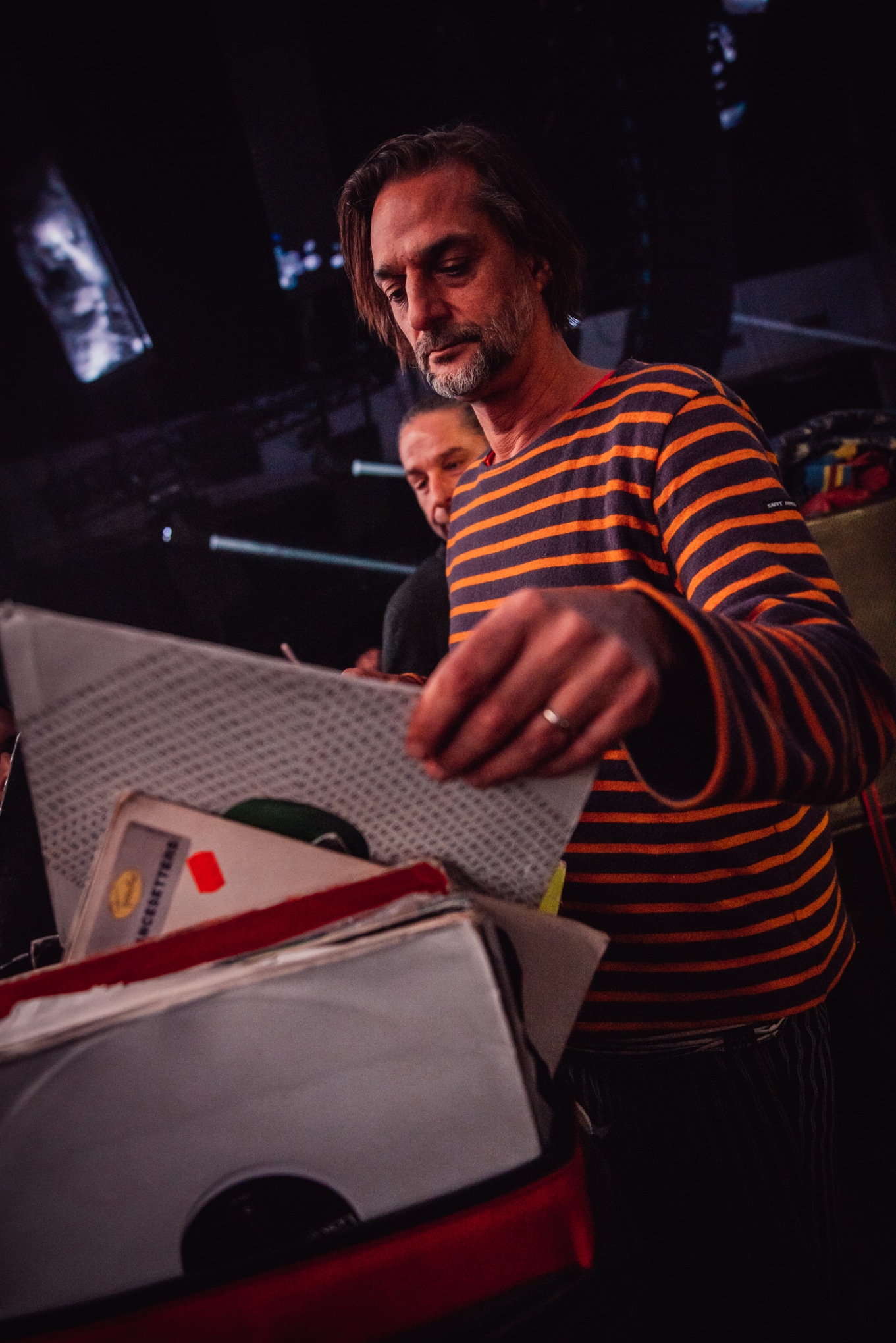 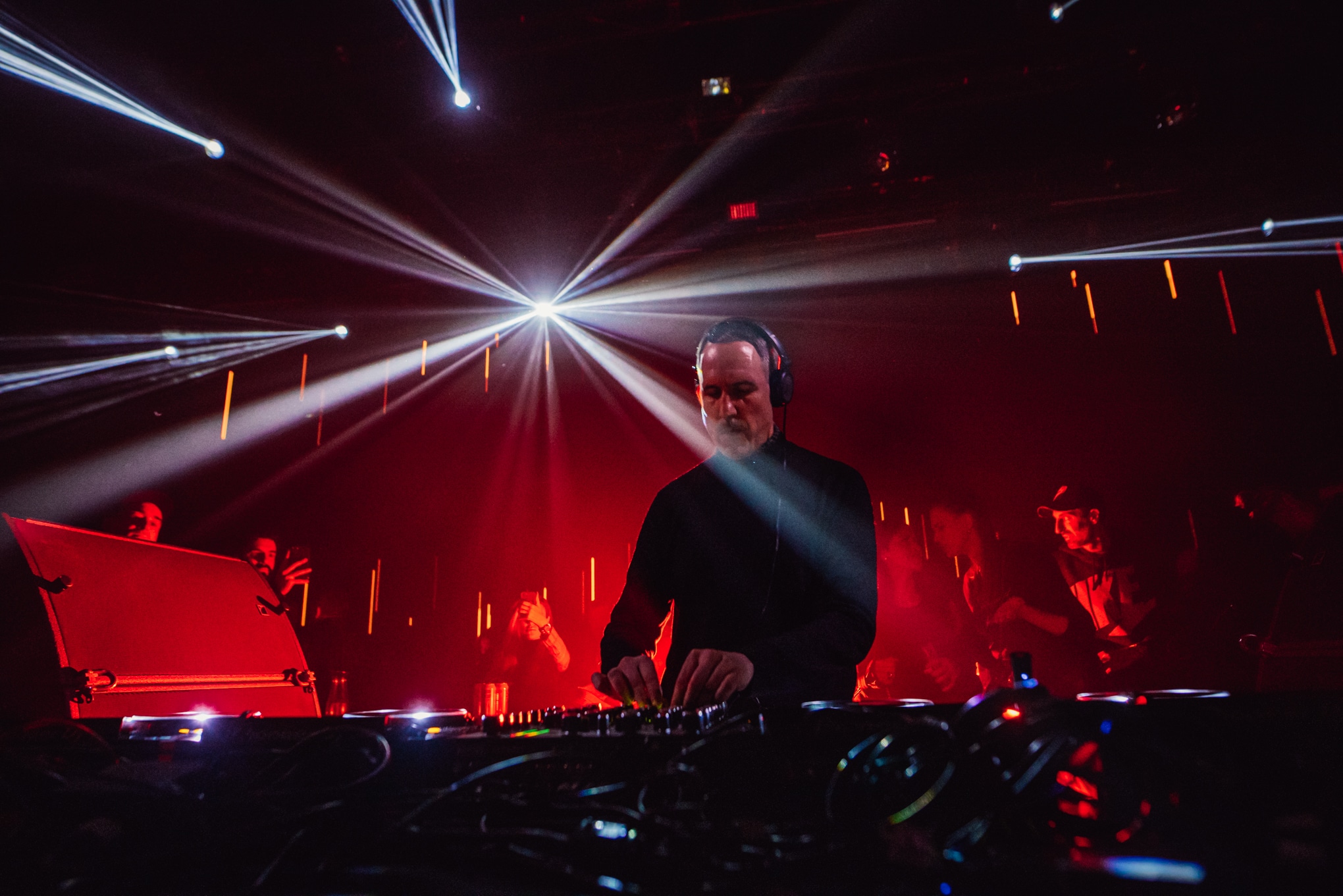 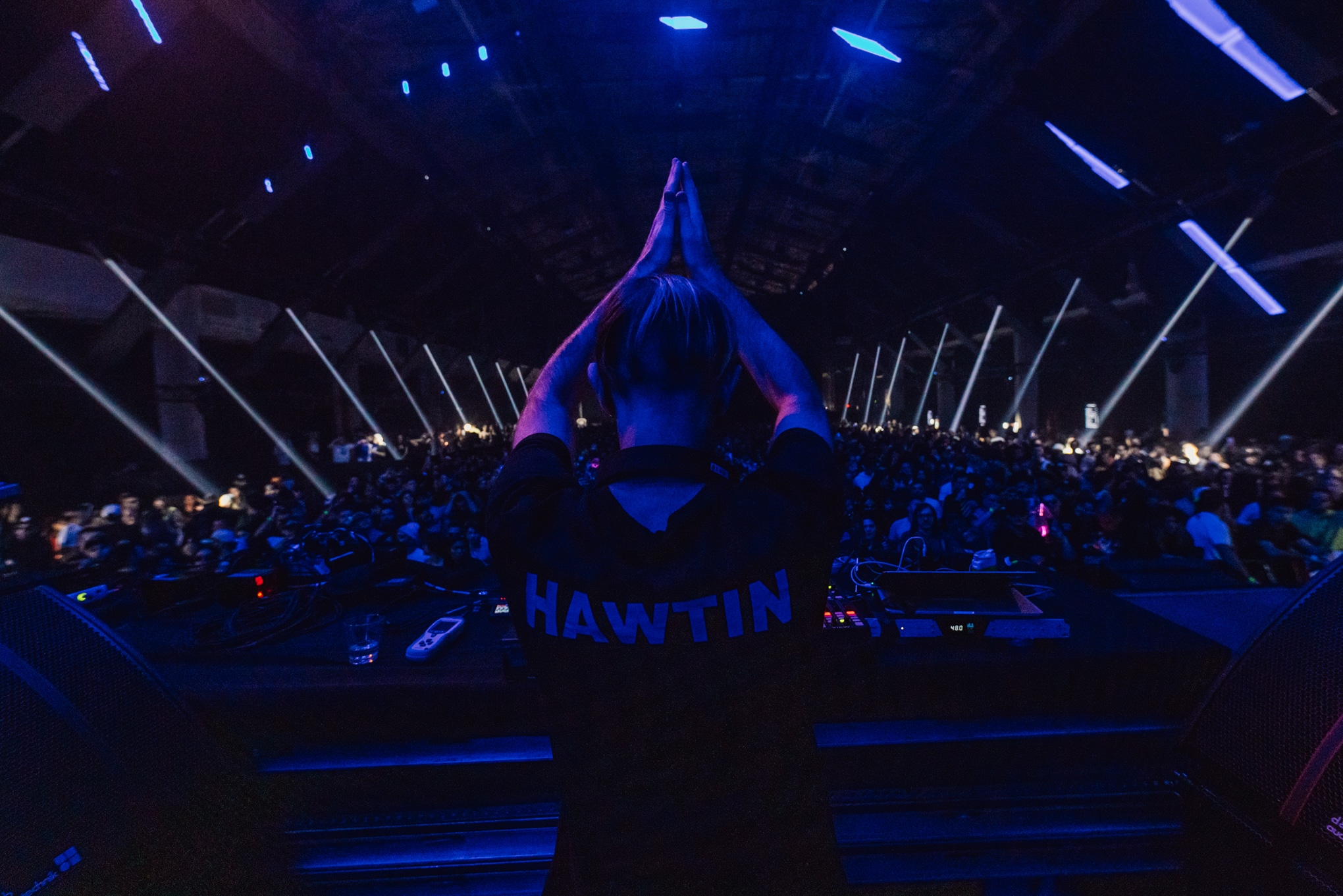 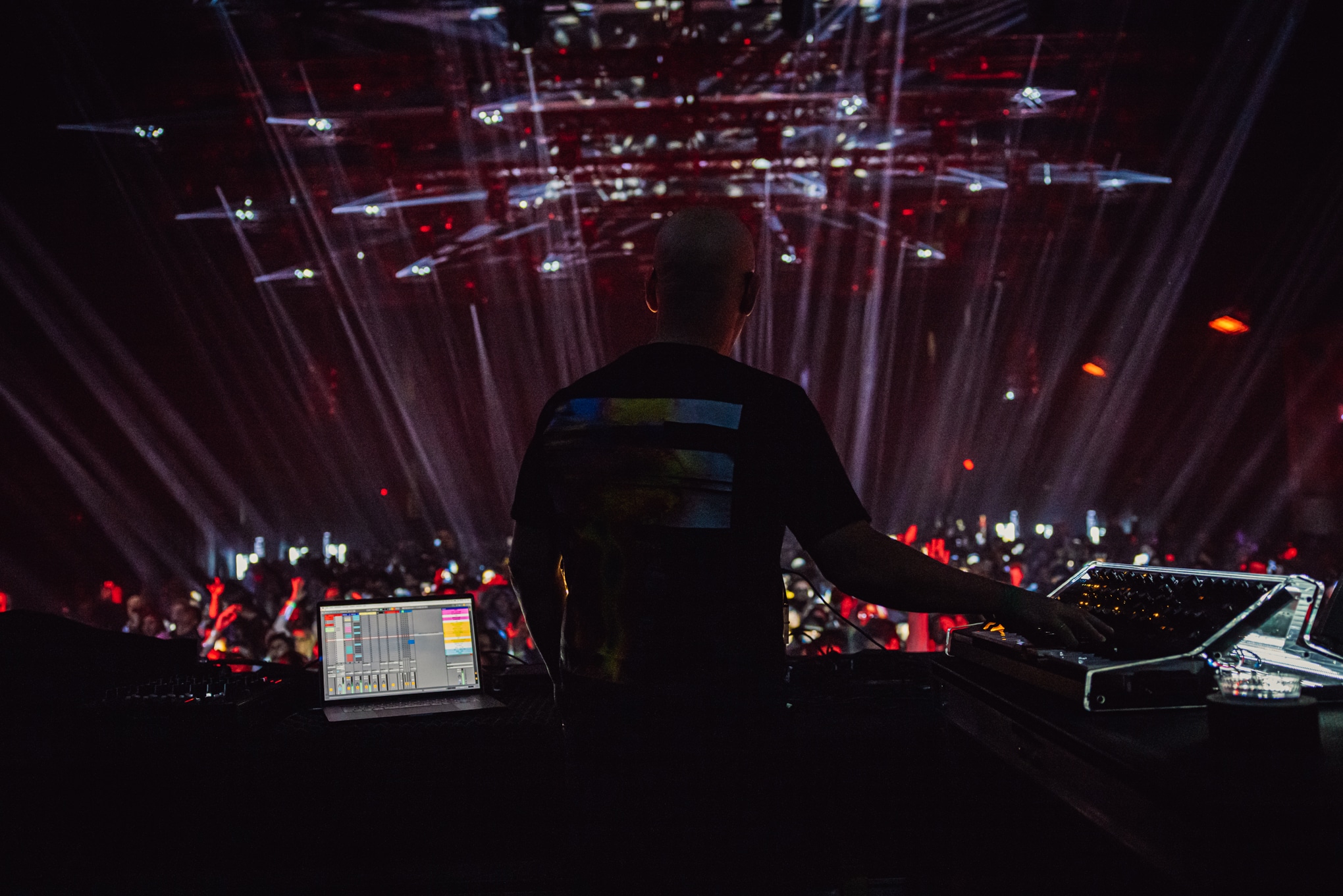 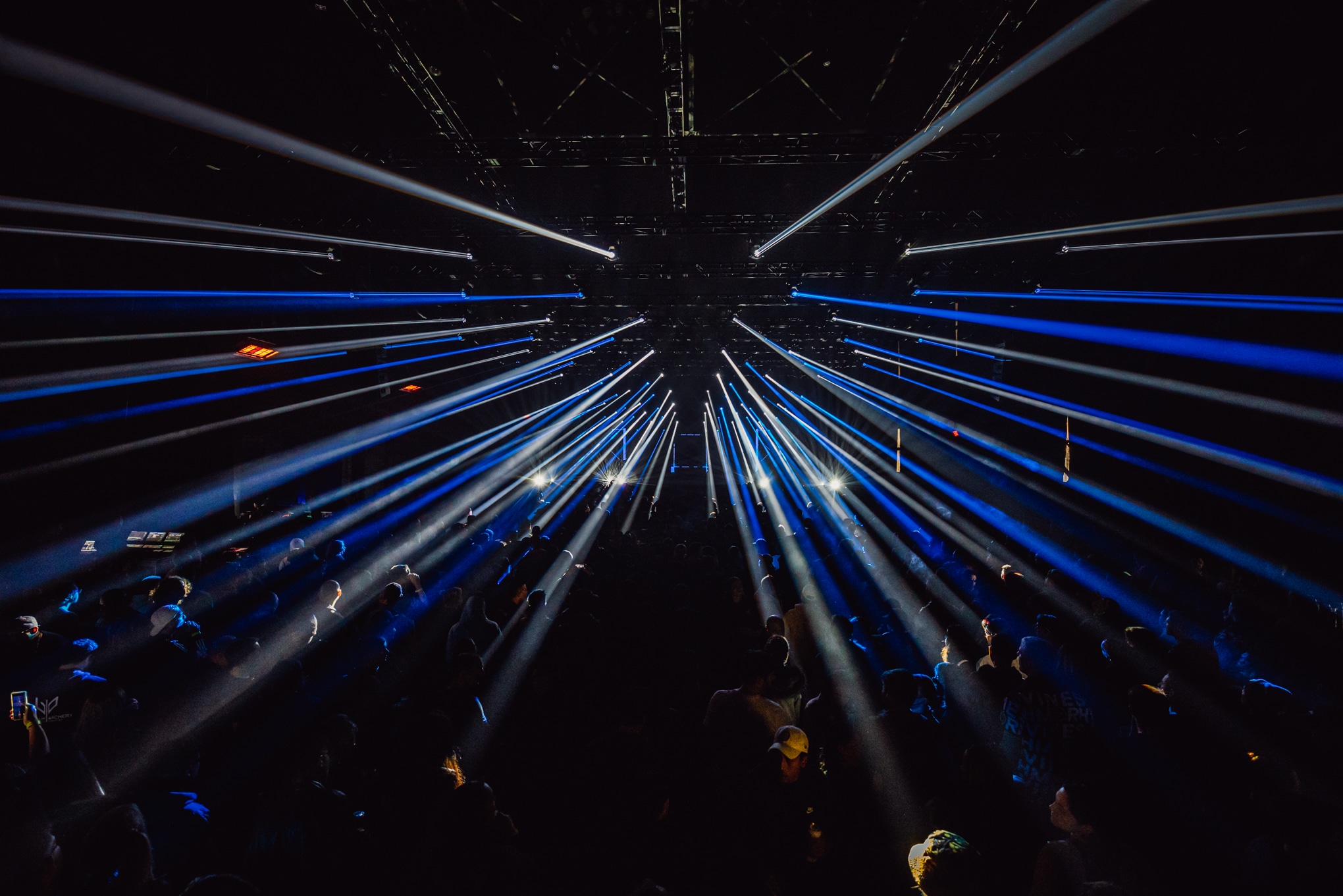 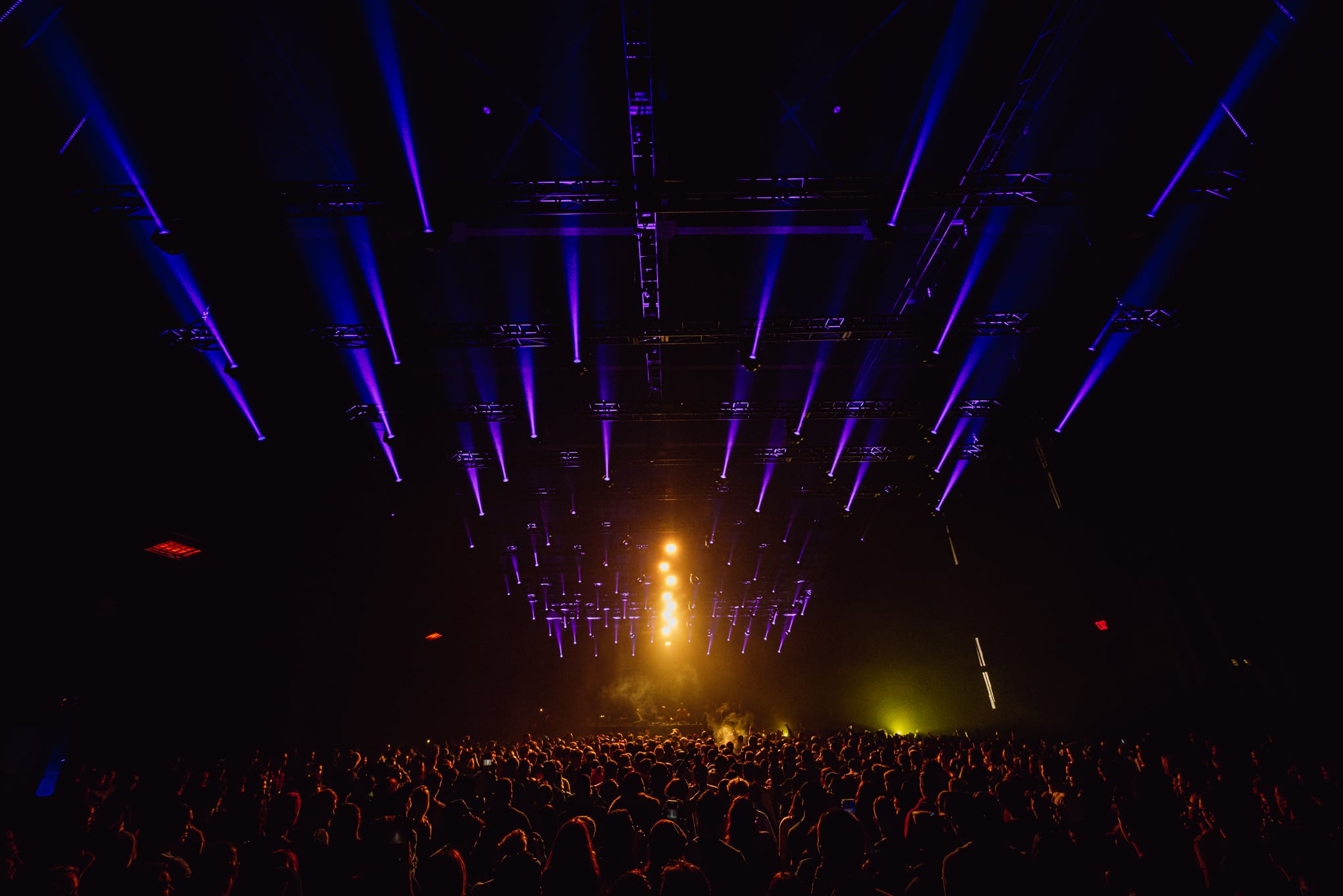