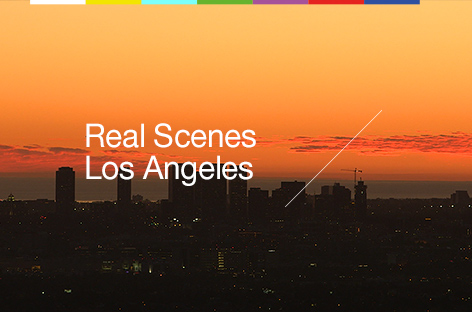 Whether you’ve partied in Los Angeles or one day will, it should come as great news that Resident Advisor will be premiering their latest Real Scenes film, focused on the City of Angels, this coming March 11th.

The ninth in an exciting and educational series, the British online publication will launch Real Scenes: Los Angeles at NeueHouse Hollywood, their new LA office, with a private screening and a party featuring Dâm-Funk, Tropic Of Cancer, Spotlight’s Chris Cruse, Peanut Butter Wolf and M. Geddes Gengras. RA is giving you the chance to be there too, by giving away 15 guest spots (with a +1) which you can sign up to win here.

As a bonus, RA has released a 360º video taken with Stones Throw artist Dãm-FunK as he showed the crew around his neighborhood, Ladera Heights while driving his vintage Lincoln Continental. It is  recommended that you watch the video on a mobile device with headphones or on a VR headset, so you can move to look around. It can also be watched on a desktop, where you drag the video to look around.