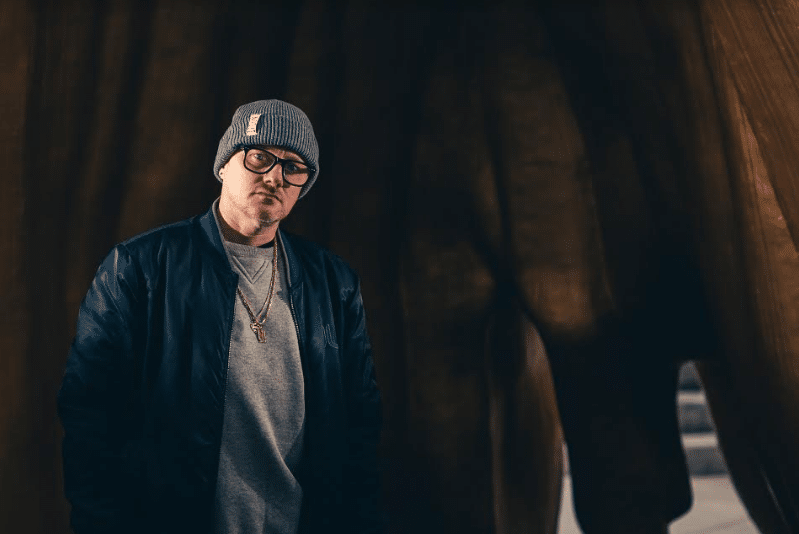 Rennie Foster is undoubtedly one of Canada’s greatest DJs and producers. Although his is a sound that’s probably more indebted to Detroit and Chicago, he’s a staunch Canadian and a man who reps his hometown Vancouver with some flair. He’s also the man behind the RF Music label, a discerning imprint that hosts nothing but top class vibes. With labels, everyone has their own opinion on what constitutes their favorite release, but with RF, we decided to ask Rennie what his favorites were.

It’s been an impressive journey to date, and knowing this man like we do we figure there’s more to follow soon. So in no particular order, here are the 5 tracks from RF Music that Rennie is feeling the most:

Orlando is my family, we are friends outside of just techno and he came and stayed at my studio in Vancouver for a month or so last year. My studio is in my basement now, but at this time it was above an indoor skatepark. All kinds of creative stuff happened during that month and much herb was smoked as well. Two legendary skateboard brands, Kitsch and Monke call this same warehouse home base. We shot the video down there and it captures the fun we were all having there at that time. I wasn’t living there, so when I would roll home OV would get busy up in there and created both the original Fix Is Back and his wicked acid house remix. The other remix comes from Body Mechanic aka Molson Folison and Sean Tate, both of them my tight homies from Detroit, so the whole EP is just underground techno family vibes really.

I hadn’t put out a full length album since Blood Sugar in 2010 on Rebirth and self-releasing an album would not have possible without my incredible grass roots fanbase. I crowd funded this release through a humble GoFundMe campaign and raised $3000 in just under a month. Many people from within the underground dance music community donated and the whole ordeal really moved me and has inspired me to begin work on a new album that will see release in 2019 with cover art by rising Vancouver based photographer Tomas Jirku. The cover art is a seminal part of every album project I undertake and the cover art for Game of 100 Ghosts was created by my good friend Abdul Qadim Haqq. HAQQ is a legendary artist from Detroit who has illustrated covers for Planet E, Drexciya, Transmat, Metroplex etc. It was a great honour to collaborate with him for this release on RF.

The Passenger, also known as Jesse Creed, is a super talented artist from Vancouver that self released a brilliant album I really loved. I met him shortly after when I played it at a local event Bonz.ai and he came up and said, that’s my tune! Or something to that effect. He has, along with his studio partner Lace, another legend in Vancouver, a massive collection of restored vintage music gear. Walls of synths, drum machines, huge tape machines, I can’t possibly describe how dope it is. They also have a great studio and it’s there Jesse uses these instruments to create dark, analog, almost occult spells really. Ken Ishii really liked this record and played it lots, so that’s basically success for a release to me.

The Passenger has a great remix on this release where he just hammers on an Oberheim like it was a TB-303, unreal. Detroit legend Santonio Echols also has a dope remix on this, as does Vancouver artist MI DI. Spin Fidelity is in Manchester UK, a city with a history of dark and edgy music and when we were working on this release we jokingly coined the term “negative wave”. Antonio is a very passionate and driven artist with a unique vision. We will definitely be releasing more of his raw goods and Dark Journey Inland is his second artist EP on RF, the first being Out Of Soul, both on the stripped back electro breaks tip.

I met So Kobashi when I was living in Tokyo. If I remember correctly, he came up to me at a gig and asked me to sign a copy of Falling Skyward, a record I had just released on Gary Martin’s Detroit label Teknotika. It made me really stoked to autograph a record, I love that, and we have been friends since. He is now living in London and creating underground house music with a vibe that reminds me a lot of the Tokyo after-hours scene I was involved in living there. Futuristic, but also with traditional roots. His sound is very classy. I play now at an after-hours in Vancouver called Gorg-O-Mish where I try to bring that holographic atmosphere and this release really does the business there in the morning.

Chordlust’s Tactical Modulator is out 1st July on RF Music