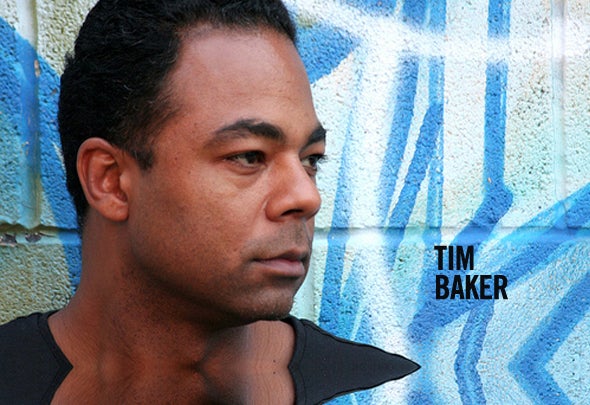 Legendary DJ Tim Baker died during a livestream charity event on Easter morning, surrounded by people with whom he shared a mutual relationship of love and respect.

The RER and Elephanthaus families are saddened to share the news that DJ/producer, devoted brother, and father, Tim Baker, passed away on Easter Morning. Baker, 53, collapsed while performing at a charity livestream event in Chicago. He was rushed to Swedish Covenant Hospital by EMTs, where he later passed, while under the care of medical professionals.

Tim Baker was an icon of the Midwest and global techno community for the past thirty years. Shortly after graduating from Eastern Michigan University Tim launched his clothing line, Elephanthaus, a brand that would become a label in 1997. His first residency was at Nectarine Club in Detroit, alongside Jeff Mills. Baker first burst onto the international music scene playing his hybridized style of Midwest funk at legendary venues like Tresor, Love Parade, the Rex Club, Sonar and Movement Detroit Electronic Music Festival. Over the span of his career Baker released music on labels like Ovum, NovaMute, in addition to his own imprints.

The family is grateful for the outpouring of love and support from the music community. Seth Troxler remembers Baker as: “Another black hero lost but never forgotten. Real Estate Records was one of Chicago’s great labels. We’ve all lost today. You could always count on Tim and his smile to be found anywhere in the world.”

Music was his love, but his life was his son. When he wasn’t in the studio making music, you could find Tim courtside, cheering at his son’s basketball games, according to the family. Boisterous in sound and spirit.

“Tim Baker had an amazing way of connecting with everyone. He brought joy or love with him everywhere. Whether you were an old friend or someone he just met, you were special to him and you knew it.” – Severin Delebar

Tim Baker’s family is heartbroken over his loss, but finds comfort in the fact that his music will be redreamed and remixed by future generations saying, “Tim made memories as we danced, reading our musical thoughts like the mystic he was. Tim is a sound ancestor now. “