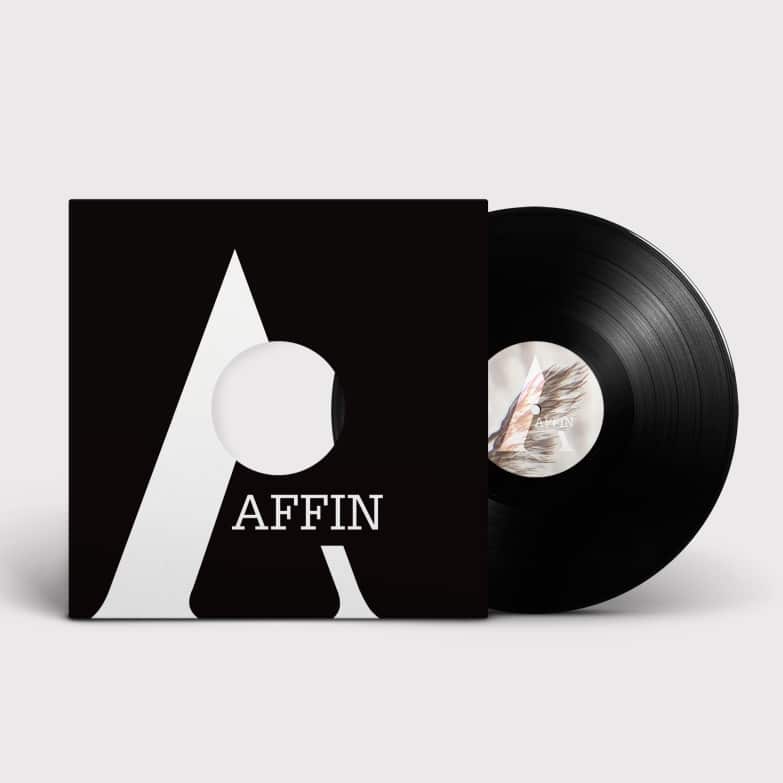 Celebrating its 15th anniversary, Dutch label AFFIN delivers their upcoming 12’’ vinyl EP, XV | 1. The vinyl will also be the first of a series of records for the label.

The A side starts with MTRL‘s (co-founder of the Munich IO label), “Spice Fields” who celebrates his Affin debut here with a delicate, driving track. Another premiere is the first cooperation between Cauê and Joachim Spieth, who celebrate here with “Alpha”, an atmospheric multi-modulated piece of club music.

The B side starts with an old acquaintance, Reggy Van Oers, who makes a massive reappearance with “niffA” after a few years of abstinence. Today, we premiere Reggy Van Oers’ contribution for your exclusively. Svarog closes the first episode of our 15th anniversary with the pushing “Psalm”. All tracks were mastered at the Berlin-based Artefacts Mastering Studio. Markus Guentner, a label artist from the early days, is responsible for the graphic design and also did a logo redesign.

Reggy Van Oers has also presented himself as a philosopher of DJing since he is a true aficionado of digital manipulation of sound. His productions have been released through a wide range of labels such as The Gods Planet, Informa, and Green. These releases have also played a major role of him collaborating with other well-respected artists as well.

His approach towards his art has led him to create his platform, Telemorph, which acts as a creative place where like-minded artists can release music and collaborate with Reggy as a means to expand their artistic journey. Reggy also has another platform, Morph, which brings the same vision of safe artistic freedom through a family-like label.