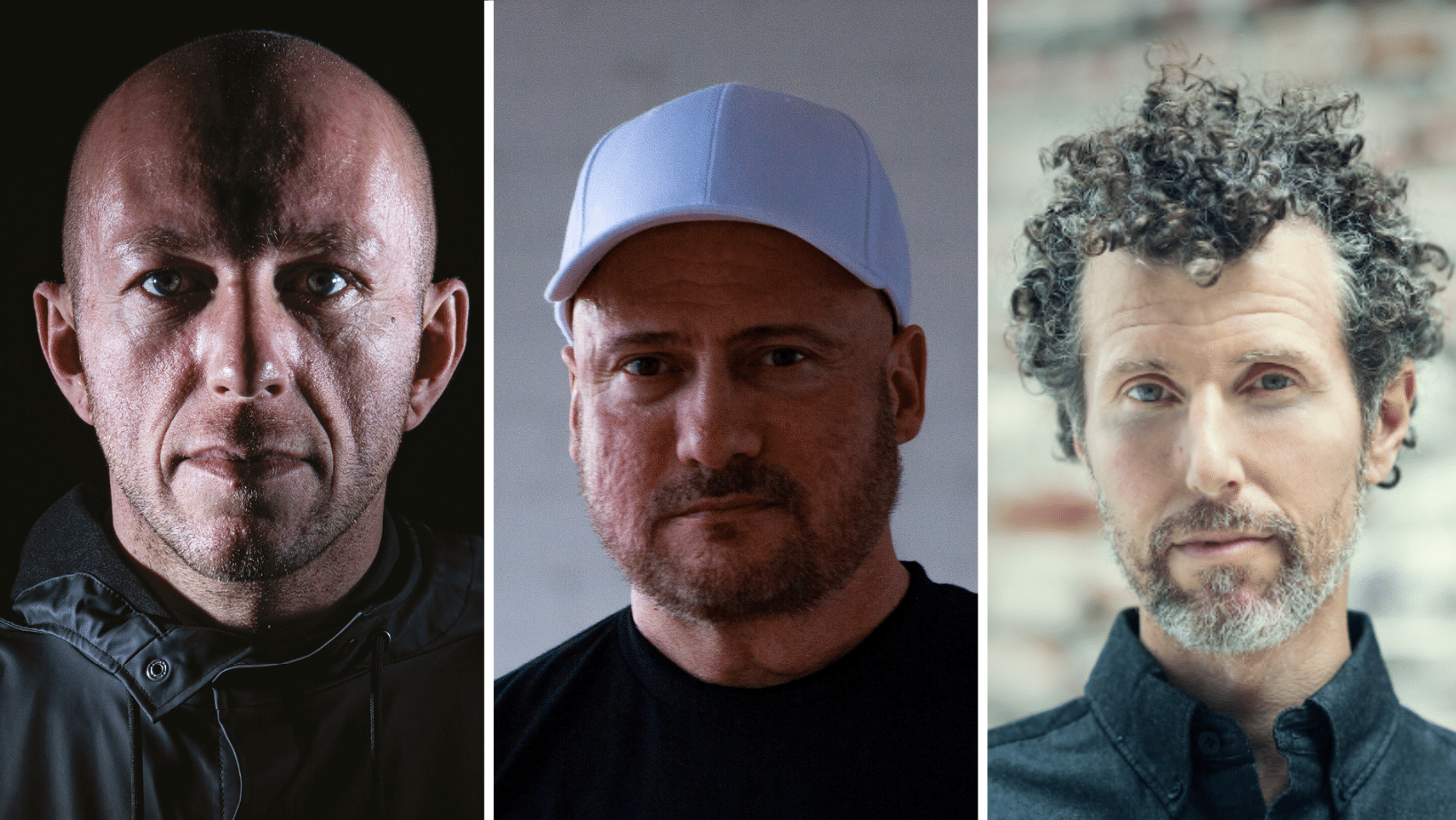 REFORM returns to Los Angeles on Labor Day Weekend 2021 as a split day-into-night event concept that aims to showcase and elevate the presence of cutting-edge electronic music in Los Angeles with a focus on quality Techno and House.

“When we began our REFORM project the concept was to bring something new and fresh to Los Angeles, taking inspiration from the groundbreaking work done by our peers, while simultaneously delivering a more underground experience to a bigger stage.

Simply put: we believe Los Angeles deserves a world-class Techno and House scene, and while we know that the scene here is vibrant, growing and strong, we want to do our part to see it grow even further and rival that of any in the world.” — REFORM Co-Founder Marco Sgalbazzini

Despite an already announced lineup in 2020, the REFORM team were forced to put their 2020 plans on hold due to the pandemic, but it is with the same ethos and goals that they announce the full REFORM Summer 2021 Lineup, taking place on Sunday and Monday of Labor Day Weekend. 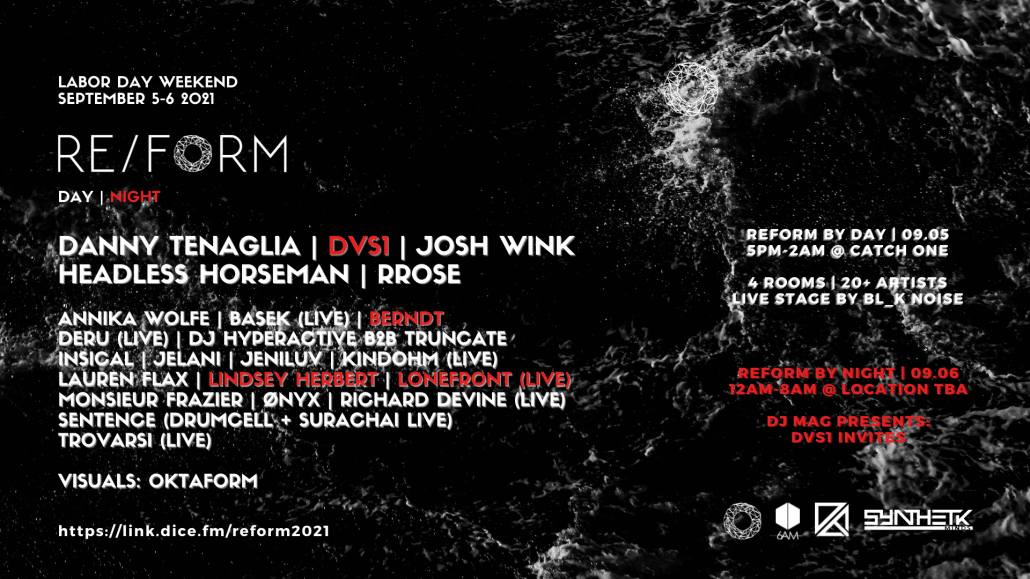 But the Day programming doesn’t stop there. From 5pm-2am attendees will also get to experience Detroit native and long-time Brooklyn resident Lauren Flax as well as DJ Hyperactive and Truncate performing back-to-back. 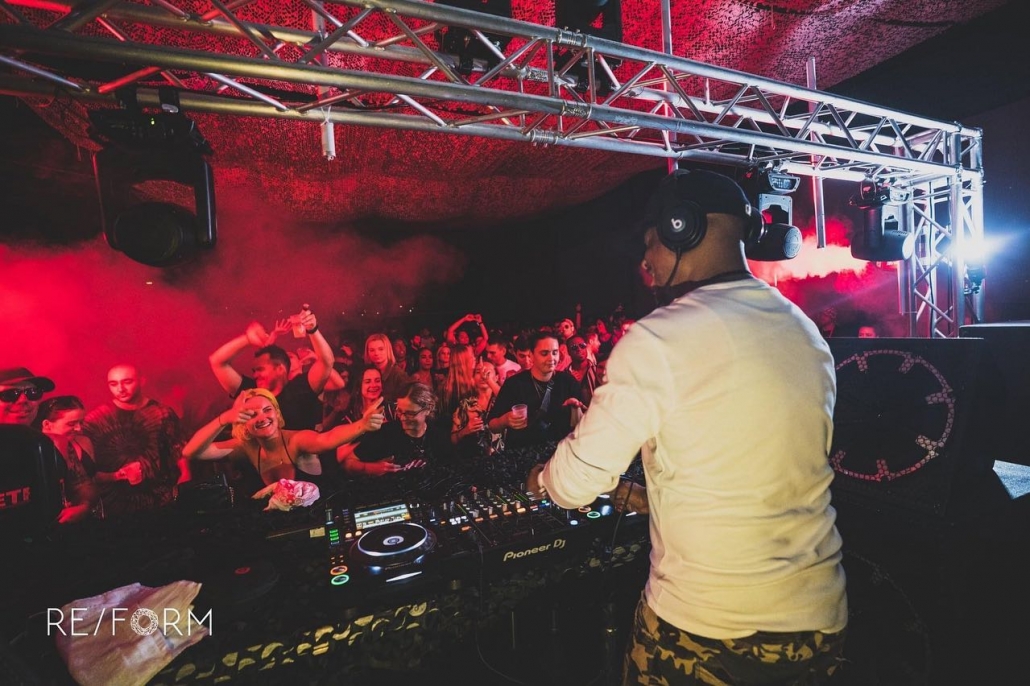 REFORM has also joined forces with Moe Espinosa aka Drumcell to curate an entire BL_K NOISE Live Room featuring Live performances by Richard Devine, Basek, Deru, Kindohm, as well as Moe himself performing alongside Surachai. The room will also feature visuals by OKTAform, one of the leading electronic music VJs in the world.

Rounding up the Day programming, REFORM has decided to give focus to the burgeoning Los Angeles techno scene, featuring sets by Annika Wolfe, Jelani, Jeniluv, Monsieur Frazier, Ønyx b2b Insical, and Trovarsi (Live), most of whom will be performing in a dedicated Discovery Room that aims to showcase artists who have put in great work right here at home in LA.

REFORM is powered by the teams behind respected underground event curators 6AM Group, Synthetik Minds and Dirty Epic, so while the Day programming is essentially a mini-festival on its own, the roots of REFORM will remain forever ingrained in the underground. 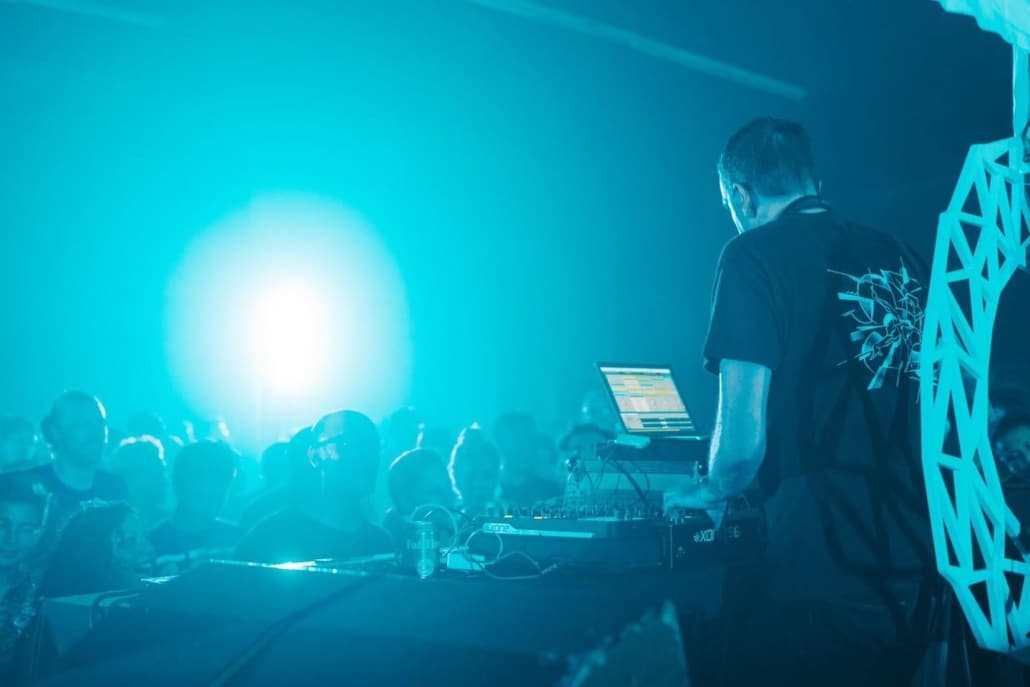 It is with that in mind that REFORM is collaborating with DJ Mag for the official REFORM by Night lineup that will see underground techno mastermind DVS1 curate the entire night at an undisclosed location, from the sound system to lineup. For the occasion, DVS1 is inviting Berntand Lonefront (Live) from his home city of Minneapolis to perform alongside him, as well Los Angeles’ very own Lindsey Herbert to open up the dances.

REFORM By Night tickets are available exclusively for attendees of REFORM by Day.