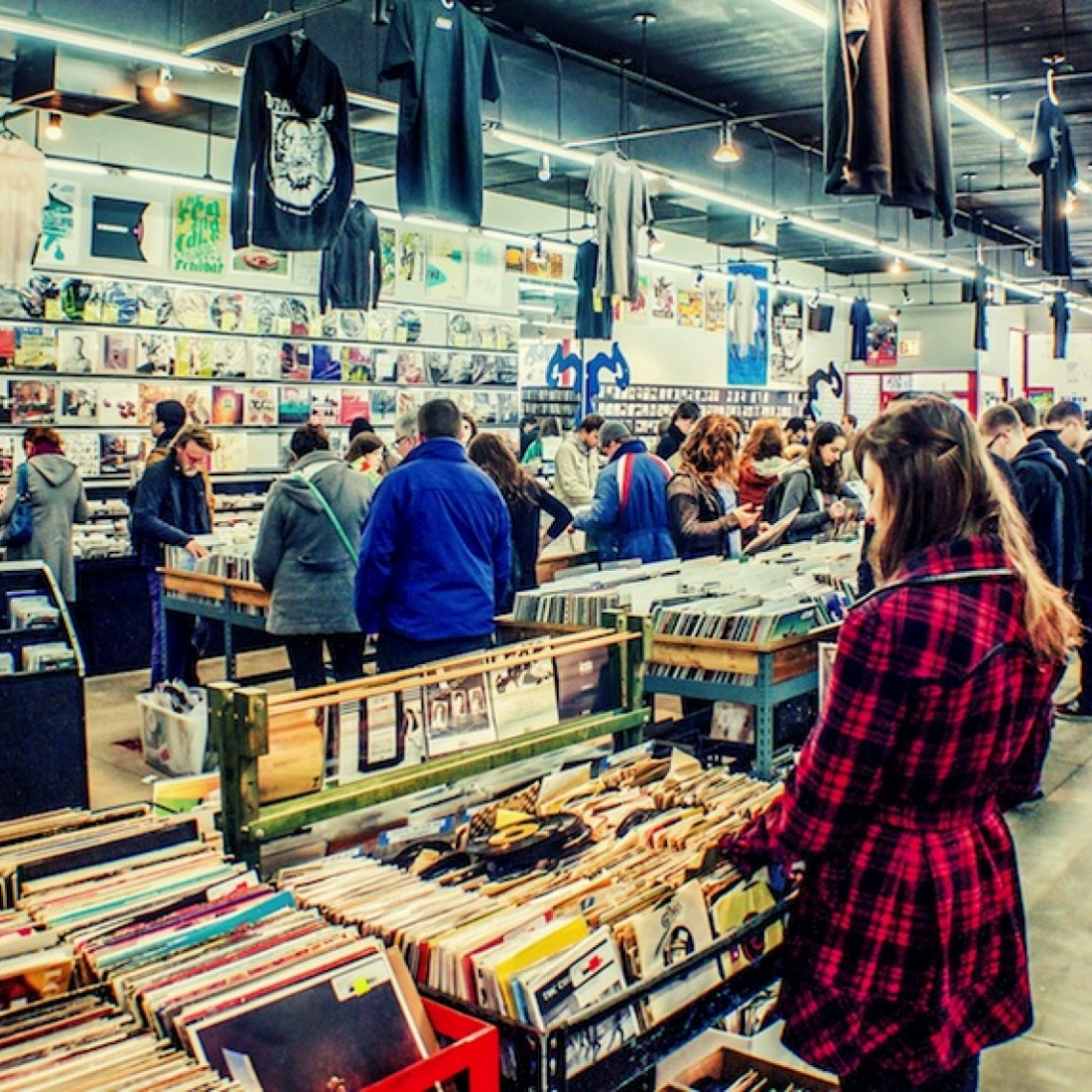 This Saturday might as well be an international holiday for music lovers. April 18th marks the official “Record Store Day” across the globe, with hundreds of stores participating and offering exclusive releases for the occasion. With massive turnouts each year around the globe, it is clear that the vinyl industry is alive and well. Record Store Day is also embodied by an aura of exclusivity with many releases being offered in limited pressings, and often times limited to a “one-per-customer” basis. Record Store Day has become an iconic novelty over the years for both fans and businesses alike, with people coming together for a love of the music.

Whether you’re on the hunt for a specific release, or just want to bask in the atmosphere of Record Store Day, here’s a list to help guide you to the right places.

Located in the heart of Hollywood, Amoeba Music is a must see destination for any music enthusiast. Amoeba is an immense space that draws people in leaving patrons free to explore a vast collection of music from all the fresh releases to forgotten gems. Record Store Day at Amoeba is not taken lightly either. Offering over 400 special releases for the occasion, there will be no shortage of music stocked throughout this musical Mecca. While there is an immense catalog of exclusive releases strung out throughout all genres, here are some releases we’re particularly excited for: 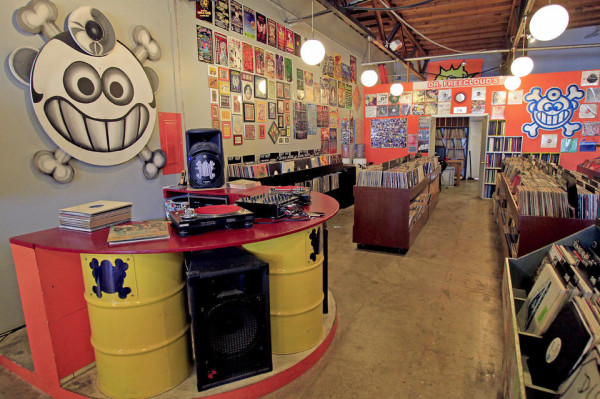 6AM: Can you tell me some of the exclusive house/techno/electronic releases you’ll have for Record Store Day?

Dr. Freeclouds: Some of the electronic music artists we ordered for our shop are: Amon Tobin (Ninja Tune), Machinedrum (Ninja Tune) & Goldfrapp. Unfortunately RSD doesn’t cover too many electronic artists. RSD in Europe is where you see tons of electronic music support, hopefully that will change someday here in the U.S.

Some of the records I’m personally excited about are:

6AM: What do you think is the most important aspect of running a record store?

Dr. Freeclouds: The most important aspect of running my shop is making our customers happy. We love our customers and appreciate all the business and support we get from our longest time customers to the newer faces we see. Also we listen to our customers needs and bring in the records they want. We work aggressively in keeping the store fully stocked and refreshed with the newest releases coming in every week and tons of classic used records which come in several times a day” We make everyone’s shopping experience personal when they set foot in the store or order from us by phone or online. 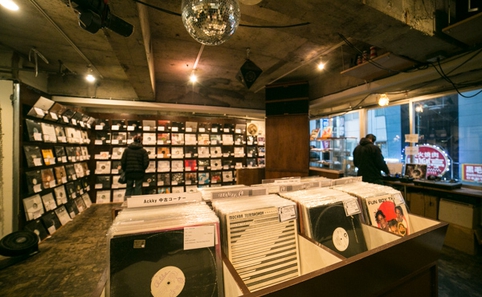 Lighthouse Records was recently included in Resident Advisor’s feature on Japanese record stores, and it’s easy to see why. Yasuharu Morihiro is one of the individuals behind Lighthouse, and expresses the importance of curating a special atmosphere when operating a physical store. In addition to a sprawling collection of house, disco, and techno, Lighthouse Records succeeds in providing a unique listening atmosphere in their store.

“Our ethos from the beginning was to create a special place where people can enjoy buying records, so we have four listening booths, and a sofa and smoking area so people can relax and feel comfortable… As a place to make connections and explore new possibilities, I really feel having a store is very valuable” – Yasuharu Morihiro, Lighthouse Records

While there are many record stores to explore in Japan, this is one that you’d be hard-pressed to miss. 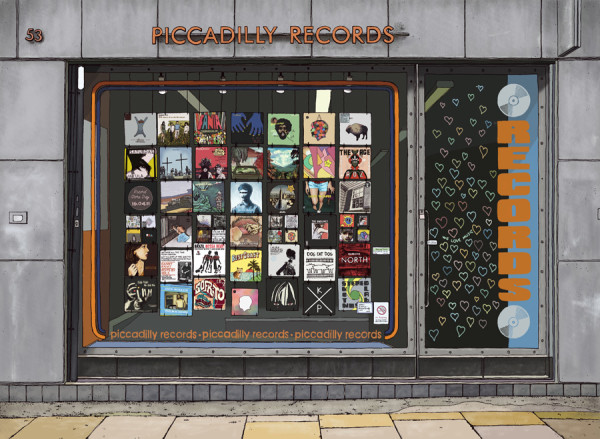 Piccadilly Records is one of the must visit record shops in the UK. With an incredible staff and selection, patrons are in good hands when making their selections here, and Record Store Day this year is no exception. To keep things civil, Piccadilly Records will keep all of their exclusive Record Store Day releases behind the counter and are offered on a first come, first serve basis for customers. Piccadilly Records will be an excellent option for those in the Manchester area, even if you’re not actually interested in buying anything. Dutch Uncles, Jane Weaver, Moonboots, Dean Meredith, Philippa Jarman, and Tim Burgess will be curating the musical atmosphere each playing one hour sets starting at mid-day Saturday. 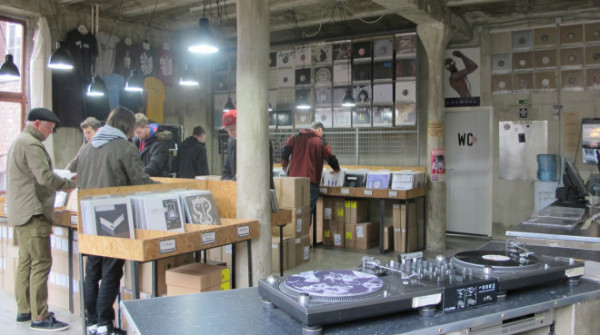 Even though Hardwax may not be officially participating in Record Store Day, it just feels right to visit a record store in the techno capital of the world on this day. Hardwax is a one-stop shop for anyone looking to expand their pallet within the many facets of techno, and always has an impeccable selection of records. The knowledgeable and helpful staff is always there to guide you in the right direction, and you never know when someone like Cassy will drop in for an all-vinyl set in store. Techno enthusiasts, this is a palce you want to check out. 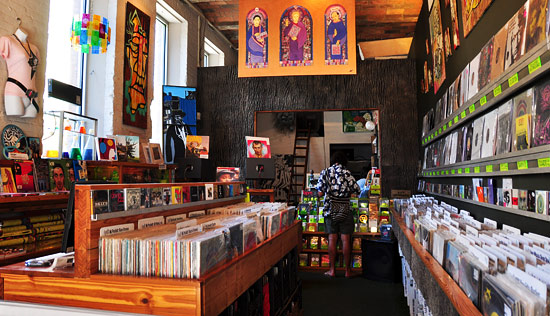 New York is a cultural melting pot in every sense. As a result, the state also has a thriving music culture that plays an important role in the city landscape. For those in search of quality house and techno in New York City, look no further than Halcyon Records. With an online catalog stocked with releases such as Levon Vincent, Silent Servant, DJ Qu, and Mr. G, we can only imagine what kind of wax goodies await in the store itself.

Overall, this years Record Store Day is one that many look forward to and there certainly won’t be a shortage of great releases. It’s days like this that show the enthusiasm for vinyl, and is an encouraging moment when moving forward with an old medium. Wherever you are in the world this Saturday, we just hope it’s in a record store.