Rebūke’s Music Is True, For the Fans & Banging 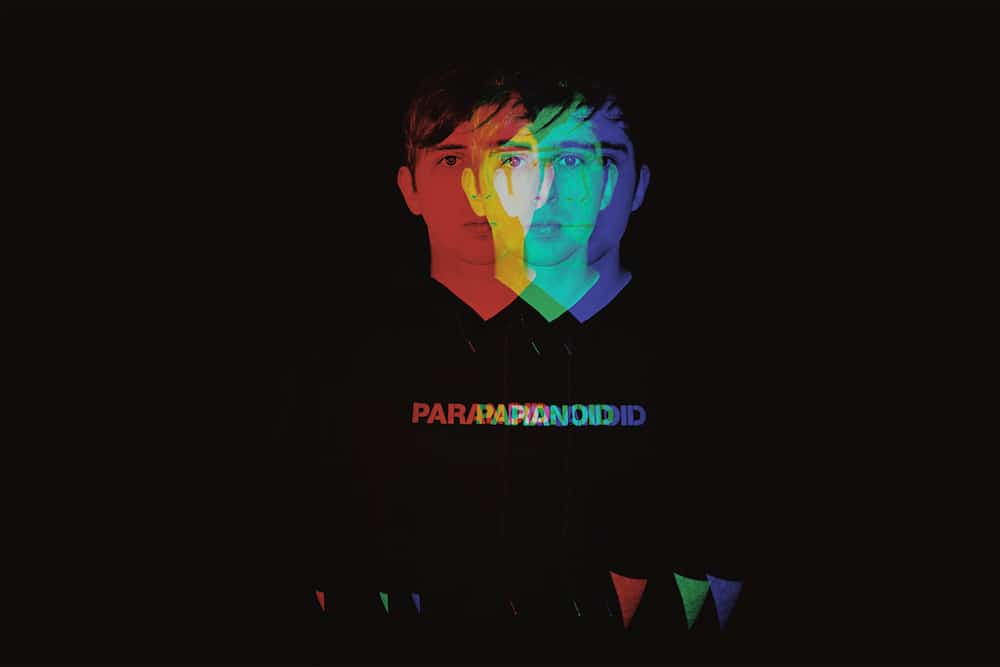 Rebūke’s Music Is True, For the Fans & Banging

Rebūke’s music in one word: refreshing. The fresh-faced artist (DJ and producer) Reuben Keeney, who goes by stage-name Rebūke, admits “Whenever I approach anything I always try and think about what are the fans going to want to hear?,” shares  Keeney. “Are they going to like this? I only do stuff for them. I don’t do stuff for labels, agents or managers.” Without fans, there wouldn’t be the community that exists in electronic music. Fans give reason for an artist, and it’s their ears the artist needs to retain if they want to be successful. People make the culture of dance music, and every artist starts at the very exact place. The greatest of greats including Nicole Moudaber, Solomun and Annie Mac all started as avid music lovers letting their passion for the game guide them knowing the rest will follow. Rebūke understands the importance of not only giving fans what they want but also what it takes to keep his feet on the ground. 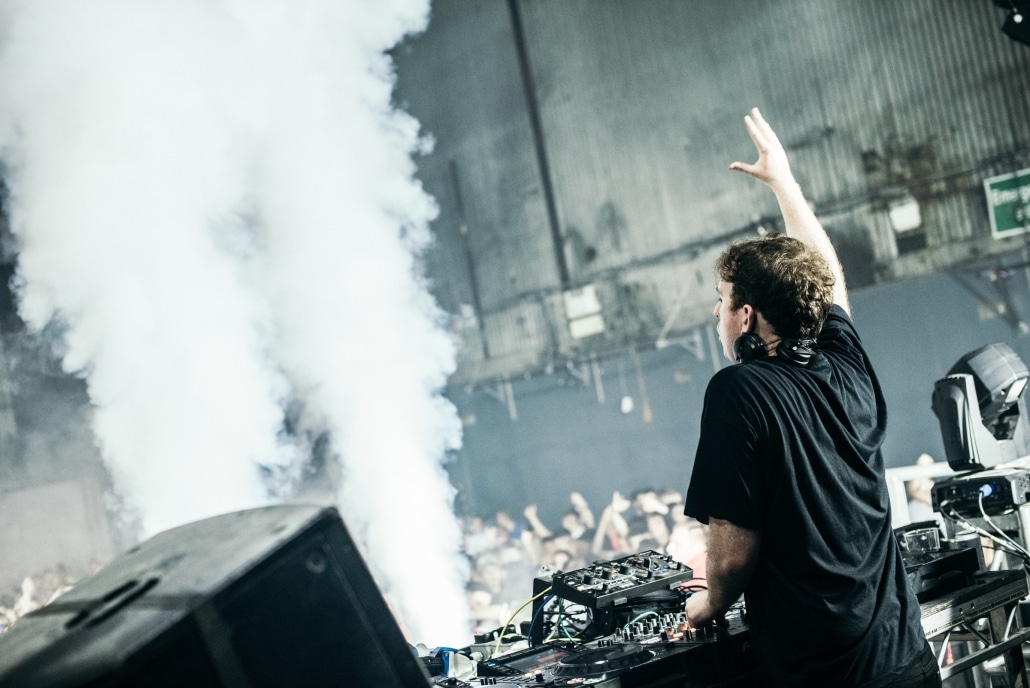 so got my first ep of the year coming out tomorrow. pretty nervous about it to be honest.. its a weird time to put out music made for clubs with no clubs to play them at, but hopefully it will connect with u guys & I appreciate the support u show me every time I put out a tune🖤

Rebūke is no overnight success. Keeney has been producing music for about 15 years. He wanted to be different and intentionally set out to create music he felt was lacking in the industry. It’s in the name itself, rebuke. “It’s a play on words on my real name which I really liked,” shares the man himself. “But it also means ‘to intend to correct a fault’ which appealed to me too because I was getting bored with all the same old tracks I was hearing all the time. I thought it was time to do something about that,” he laughs. It’s fair to say Rebūke is doing something about it.

Listen to any of his tracks and they all have this very recognizable sound. In an oversaturated industry, his signature style sets him apart from many newer or younger DJs capturing the attention from the likes of Adam Beyer, the head-honcho at Drumcode Records. Landing a release on one of techno’s most prominent labels would be a dream come true to many. They say lightning doesn’t strike twice, but that doesn’t seem to be the case for Keeney.

The consequence of doing a good job is getting more work. Rebūke and the Drumcode family are teaming up again for his EP Obscurity out September 4. His music is versatile for the dancefloors to warehouses and everything in between. Carl Cox, Eric Prydz and Pete Tong are a few of the music heavyweights who’ve rinsed Rebūke’s tunes in their sets.

Listen: 6AM In Interview – Rebūke’s Music is True, For the Fans & Banging

6AM · 6AM In Interview: Rebūke’s Music Is True, For the Fans & Banging

He’s also played alongside the father of tech-house Green Velvet on more than occasion and has a much-buzzed-about collaboration in the works. Aside from some impressive releases, Keeney hosts a monthly music series called REBŪKERAVE RADIO highlighting the best in house and techno, and he’s also established his own ERĀ Music parties. He’s become quite the tastemaker and all in the span of three years at the ripe age of 28. He’s starting to see the fruits of his labor he first started when he was 13.

Nic Fanciulli and Jamie Jones are major sources of inspiration for him as an artist.  “I think they’re amazing DJs that are just killing it. They’re history in music…the fact they can pull a 20-year-old record in a set of current music is the stuff that blows my mind,” says Keeney. “Try to dig a little deeper and not just keep playing the Beatport Top 100 or the latest releases that everyone else is playing—that’s really inspirational.”

Music in the Time of COVID

While events are a good way to not only showcase skills as a DJ but increase exposure there are also other means of building a fanbase. COVID has forever changed people’s every day including live music events putting an indefinite pause on the nightlife but Keeney says not all is lost. “I talk a lot on Twitter and on Facebook…I’ve built a little family sort of thing. In a way I can actually spend more time doing that now than when I was on the road,” shares Keeney. “[As] for any advice, I’d give to newcomers or people starting to blow up I would just develop that [fanbase], and that more or less is all done through the internet anyway.” Treating Twitter like his online diary, Keeney is active on various social media platforms to engage with his audience and also discover music.

As much as I’d love to DJ—there’s nothing more than playing in front of a crowd, and I’m itching to get back there—but it’s all about the safety. The party is going to go on when things resume. We’re not going be sitting having no parties for the rest of the day. This is all temporary.

Understanding His Responsibility as an Artist

Social media has been a great tool for the newer artist when it comes to sharing his music with others. However, he’s not turning a blind eye to the latest topics dominating news headlines and social media. Black Lives Matter (BLM) reached a tipping point during Memorial Day weekend when a white Minneapolis police officer killed George Floyd, a Black man. Hailed as a movement and not a moment, the music industry has shown a united front recognizing Black culture’s influence in much of the music people know and love. “The show must be paused” was a social media protest where members of the industry united for a business blackout day pausing operations. From artists and agents to labels and publishers, music creatives are stepping up to hold each other responsible.

We’re all in this together, we have to do better.

“I didn’t realize how much systemic racism there is in our culture. I don’t think a lot of people know that. It’s not their fault because they don’t know it” explains Keeney. “My publicist Clare actually sent me this book [Me and White Supremacy] It’s not about Ku Klux Klan or anything like that. [Systemic racism] is ingrained in society no matter where we’re from…it’s everywhere…I had to do something to try and educate my fans.” Artists need to start taking accountability, and he’s well aware of the position he’s in as a white male artist with a following.

The sheer amount of amazing techno records and house records through the years by Black artists and to think they’re being excluded from anything is just so stupid. They’re the ones who created the scene we’re a part of and they should be at the forefront. They should be the guys killing it…they’re the grandfathers.

yea.. to be honest haven't done it in a minute. found it hard to get motivated to listen to new music recently when theres nowhere to play them, but just realised that there shouldn't need to be a reason to discover new tunes apart from for the fun of it https://t.co/aiP9IyTjdx

2020 has shifted the world in many ways. For good or for bad, its effects are here to stay, and society has entered a totally new era. Many artists including Lee Burridge and Serge Devant admit they haven’t sat tight in one place since the early days in their career, but quarantine has changed their fast-paced life including touring. It’s no different for Keeney. With more time at home, many are picking up new hobbies or sharpening their skills. It appears that everyone and their mother have leveled up in the kitchen or taking a more health-conscious approach to life including Keeney.

been doing Keto diet for 3 weeks and just stepped on the scale for the first time and seen am down 6kg :D alot of it is water weight I guess but still buzzing about that!

Keeney tries to apply dedicated efforts not only in the studio but in life as well. He’s taken an extra step in creating a healthier lifestyle recently adopting a keto diet, and results are showing. With so many people opting to enhance their at-home workout routines, he created a special playlist for 6AM to help keep bodies moving during lockdown. Check it out below.

Listen: Rebūke’s Workout Essentials, A Playlist for 6AM

Seven months into the year and it’s safe to say many are yearning a sense of normalcy including raving. When asked about being ready to hit events again, “I’d rather sit and wait another six months to be able to spend the next five years touring and playing to full houses,” says Keeney. “Rather than getting in too early, and then being like ‘oh crap we’ve messed it up again’ and then we have to go back to lockdown for another 4 months. I prefer to do the sacrifice now.”

Comparison is the thief of Joy. […] I try to not get into that [comparison] I just try to better myself all the time. Keep making music that’s better than the last one. I hope that the music I put out this year, I can think back next year, and you know, make better music.

Rebūke on Avoiding the Pitfalls of Comparison

Slow and Steady Wins the Race

His track “Along Came Polly” definitely catapulted his career—something kind of unexpected for him. As with most success stories, they all have a combination of hard work, consistency and timing. The right place at the right time. Success factors vary and the only thing you’re in control of is how you present yourself. Many would agree that the music industry is a marathon, not a sprint. Rebūke shows promising artists one thing: stick to your guts at a steady pace, and you’ll see results one way or another.