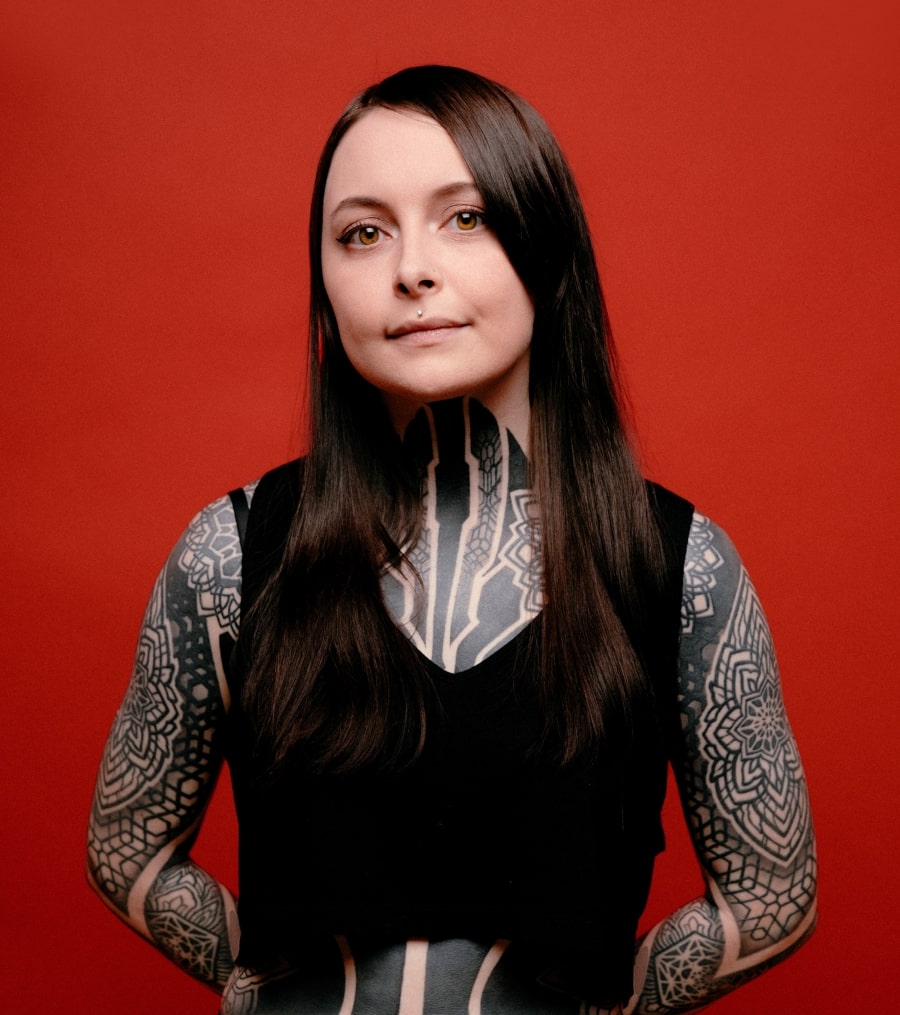 Born in Las Vegas and raised in Southern Oregon, Krista Bourgeois first became acquainted with music when she took piano lessons as a child. As a young adult, she picked up the cello but was constantly told that music would never offer her a suitable career. It was only in college that she took a leap of faith and quit studying computer science to pursue a degree in music production and audio engineering instead.

Unconventional methods have shaped Krista’s output. Her industrial soundscapes often degrade into raw and dystopian textures. As a producer and DJ, she simply works to challenge herself, her audience, and the status quo. OBSKUR MUSIC, TRUANT.J, and Soma Records are among the record labels that champion her discography.

Welcome to 6AM Krista. We’re glad to have you on and to get to know more about your label Somnium Recordings and your music. Can you tell us how 2022 has been for you musically and entrepreneurially?

Thank you for having me! 2022 has been a bit busy musically as I moved to Berlin in the fall of 2021 so finally getting settled and working on music again has been really nice. So far this year I’ve been fortunate to play a couple of gigs in Europe and also released two remixes while I’ve been working on a full-length EP behind the scenes.

Business-wise, it’s been quite a bit of paperwork and red tape to start a small business in Germany as an ex-pat so it was a long journey to get the legal stuff sorted, but my partner and I recently had our business license approved, and can start brainstorming for the future of the label now which is a huge weight lifted and really exciting.

You now hold a residency at the Seattle-based collective, Tenth Aesthetic. First, congrats, you’ve earned it. What advice would you give to DJs that are trying to get a residency at a club either locally or internationally?

I appreciate that, thank you! I’m a “long-distance resident” now since I’m on the other side of the pond but Tenth Aesthetic is still my family and I’m grateful to have connected with such a supportive crew early on in my career.

My advice for getting a residency or being invited to join a DJ crew is to really first research and then involve yourself in the community you want to be a part of. I think spending the time out at shows and even online supporting events helps you connect with the folks within the scene and eventually they will start to know who you are and you may form a friendship which might eventually lead to a residency down the line.

“I think spending the time out at shows and even online supporting events helps you connect with the folks within the scene. Forming those relationships is really essential in all aspects of the music world and especially with DJ crews.”

Becoming a successful DJ is more than just being talented, it’s about building genuine industry relationships.

I think that forming those relationships is really essential in all aspects of the music world and especially with DJ crews because you are working and interacting really closely with a group of other people and it’s important that you all mesh together well.

Tell us more about your label Somnium Recordings. What made you take the leap in starting such an impactful label? What is the meaning behind the label’s name?

A few years ago my partner and I went to a really amazing and over-the-top audio-visual performance and that sort of sparked the drive to create our own version of that. We spent the pandemic performing live streams with audio-reactive visuals and eventually took the performance to some warehouses in LA. That then grew into the idea of creating a platform that joins visuals with techno spanning a label, audio visual podcast, and eventual live shows. We are still in the early planning phases of it but hope to launch the label in 2023.

Besides the audio-visual aspect, I want to create a platform that focuses on female, gender non-conforming, and queer individuals as there is a big imbalance in opportunities in the music scene and I think more effort needs to be put into seeking out and amplifying marginalized artists in the techno community.

The name Somnium comes from the science fiction novel of the same name. The word itself means “dream” or “vision” which really resonated with our idea for the label.

“I want to create a platform that focuses on female, gender non-conforming, and queer individuals as there is a big imbalance in opportunities in the music scene.”

Challenging the gender gap in the music industry is a drive for Krista. 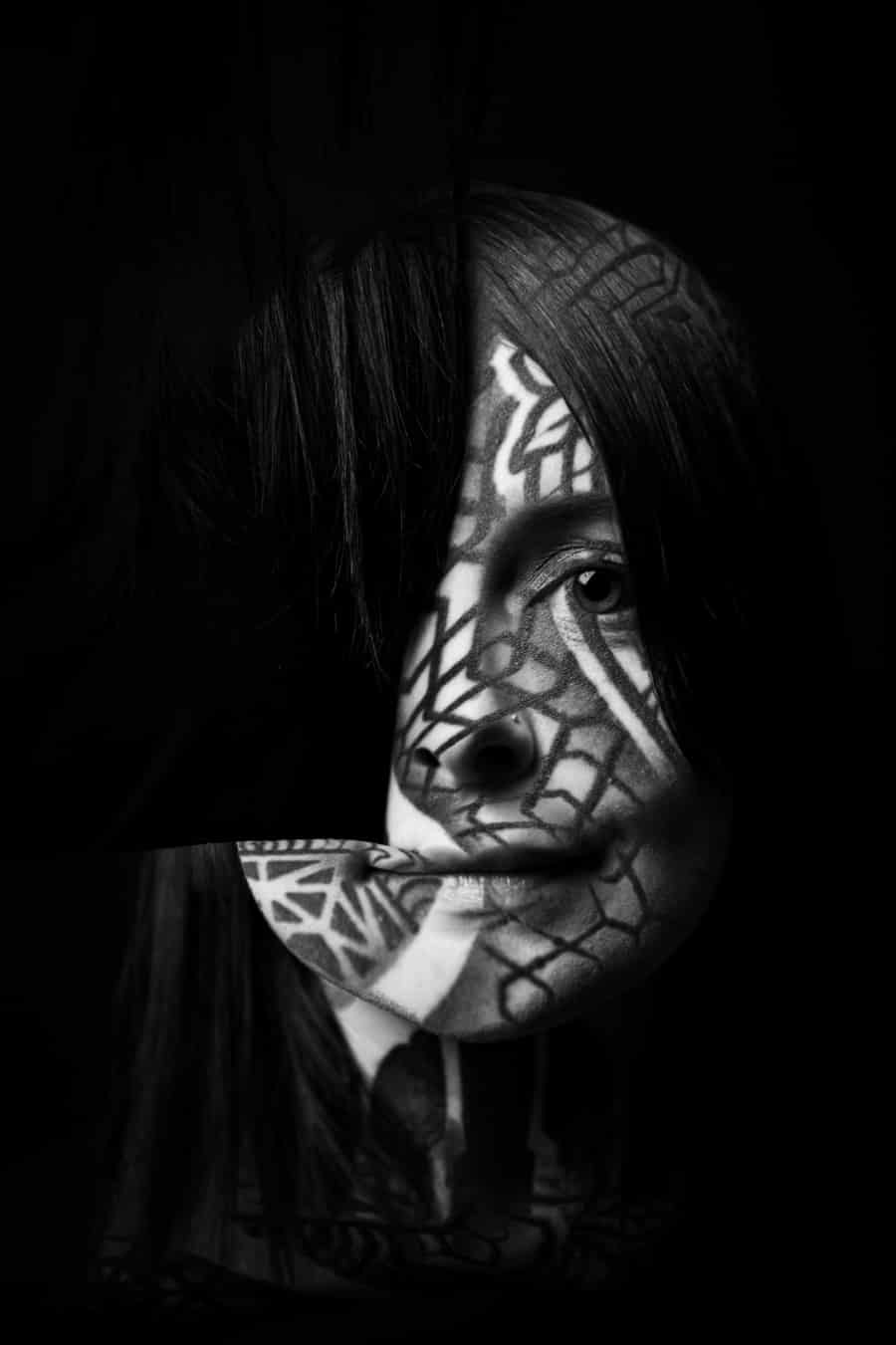 Every DJ has their own style and sound when it comes to techno. What made you gravitate towards the styles of hard, industrial, and atmospheric?

I spent my teen years really into heavy metal and eventually found myself listening to harder styles of electronic music after being introduced to raves when I was 16. I slowly gravitated into the house scene and eventually ended up really invested in the harder techno scene.

Once I went to my first industrial techno show, something just clicked in my head and I knew that was what I wanted to make and DJ. I think I’ve always sought out intense music that can help me cope with my mental health stuff and there’s just something about really aggressive music that is cathartic to me.

“I think I’ve always sought out intense music that can help me cope with my mental health stuff and there’s just something about really aggressive music that is cathartic to me.”

Music of any genre can be a powerful healing component towards the body.

Speaking of hard and industrial, you remixed 3SBAT’s upcoming track “Draconic Cycle” on Soma Records. The track is seriously powerful and heavy-hitting. Can you walk us through what the creative process was like remixing this track and collabing with 3SBAT?

For this remix, I wanted to keep a lot of the percussion and the bpm the same because it’s already a driving and intense track and that’s right up my alley. My first step was to add some processing to the kick to add a bit more punch to it and then sort out the percussion. That’s my usual process for producing in general, I lay out the percussion first and create a rough arrangement. Then, I usually have a library of sounds I’ve recorded whether in the box in Ableton or with my modular and then I see if any of them fit the vibe I’m going for in the track.

Read Next: Beyoncé’s ‘BREAK MY SOUL’ Is an Ode to House Legend Robin S.

With 3SBAT‘s track, I used a few of the vocal FX samples and used that as a base to build other sounds around. I think this was the most fun I’ve had remixing a track because the stems from the original track were already so good — it was cool getting to figure out how to make my own interpretation of it while also keeping true to the original.

“I think this was the most fun I’ve had remixing a track because the stems from the original track were already so good — it was cool getting to figure out how to make my own interpretation of it while also keeping true to the original.

Any new music or other projects on the horizon for 2022?

I’m 99% finished with my next EP so that should be released sometime this year. I’m also hoping to finalize the debut EP for Somnium and I’ll be coming back to the States sometime in the fall to do a run of gigs as well if all goes as planned!