Raving off-location: The Milan parties thriving outside of nightclubs 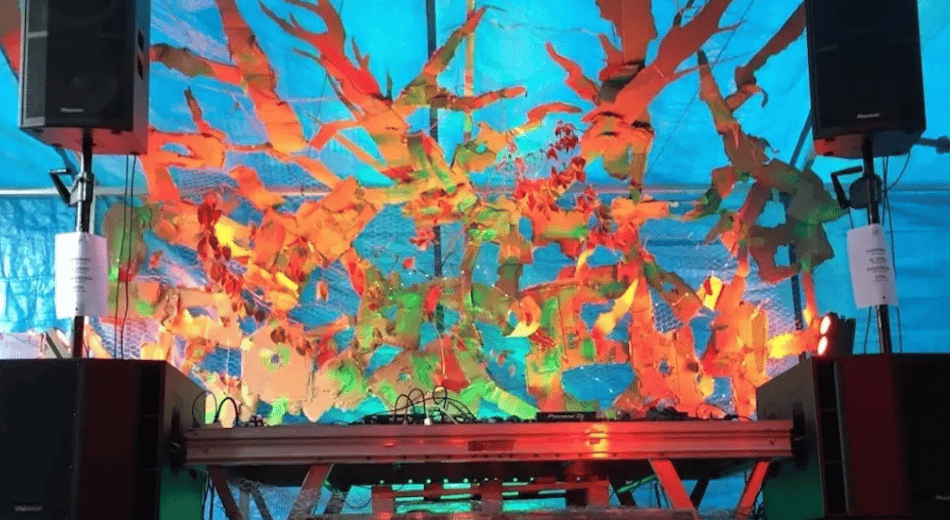 Raving off-location: The Milan parties thriving outside of nightclubs

Clubbing in Italy has faced several challenges in recent years, chief among them the Covid-19 pandemic. According to Il Sole 24 Ore, one in five clubs has closed since 2020. But now, with people finally back on the dance floor, promoters have been experimenting with new formats and venues.

This is especially true in Milan, where the underground scene feels more vibrant than ever. A former industrial giant, the northern city is home to many empty spaces that are ideal for parties, especially on the outskirts. As traditional venues grow ever scarcer, promoters are throwing events in parks, warehouses, art galleries and beyond.

Off-location events aren’t new in Milan. Queer party Vitamina, which has hosted daytime events since 2016, currently runs at a bicycle repair workshop in among nature on the periphery of the city. The promoter Giorgio Bertaia, AKA Kingsizebed, explained how the operating hours were a driving factor behind choosing the venue.

“At clubs, people don’t show up before 1 or 2 AM,” he told Resident Advisor. “Everything feels rushed, there’s not much time before the club closes at 5 AM. It’s hectic. In other types of locations closer to nature, we can plan events during the day and create a completely different experience. People show up alone, to socialise, which doesn’t happen in clubs.”

Sabotage, a party focussed on Black music, recently came up with a similar solution for night-time events. The parties take place in Arci Bellezza, a disused gym where the 1960 classic Rocco e i suoi fratelli was filmed. This space is part of a cultural hub usually hosting talks, live concerts and neighbourhood meetings. After the pandemic, Sabotage noticed a growing number of promoters heading to non-conventional locations. When the clubs reopened, many of them were overwhelmed with promoters’ requests, and there wasn’t space for everyone.

But the lack of available dates is only one factor pushing promoters, many of them younger, to find new spaces. Velardi, who cofounded Opal with Vittorio Valigi in a small loft in the industrial Lambrate area in early 2020, said the party never really intended to work with clubs.

“If you get into a club’s dynamics, numbers become more important than the cultural proposal,” he said. “We think it should be the other way around. We started selling records [at the loft] with single-people appointments because of the pandemic rules. Soon we could plan photoshoots, talks and other cultural events… Finally, we started throwing parties.”

Opal eventually moved its studio to a nearby warehouse. Velardi and co. have continued throwing events in various locations across the city, but never in clubs. He said this is because the newer generation expects to party in unknown, extravagant venues.

“There’s a need for venues with interesting electronic music proposals outside of clubs, and the bureaucratic barriers are difficult to face, especially for younger people,” he added.

Marco Ormas, who has run LOBO for ten years, agreed. “The problem is essentially institutional. If you want to do a completely legal and regular club you encounter several obstacles. There are too many rules to follow for permissions, and the taxation for clubs is frankly absurd. This makes it also inevitable for the admission to be so pricy, creating a certain kind of exclusivity around any club.”

He added: “People are much more prone to attending off-location events rather than going to clubs. A decade ago, it was the opposite.” 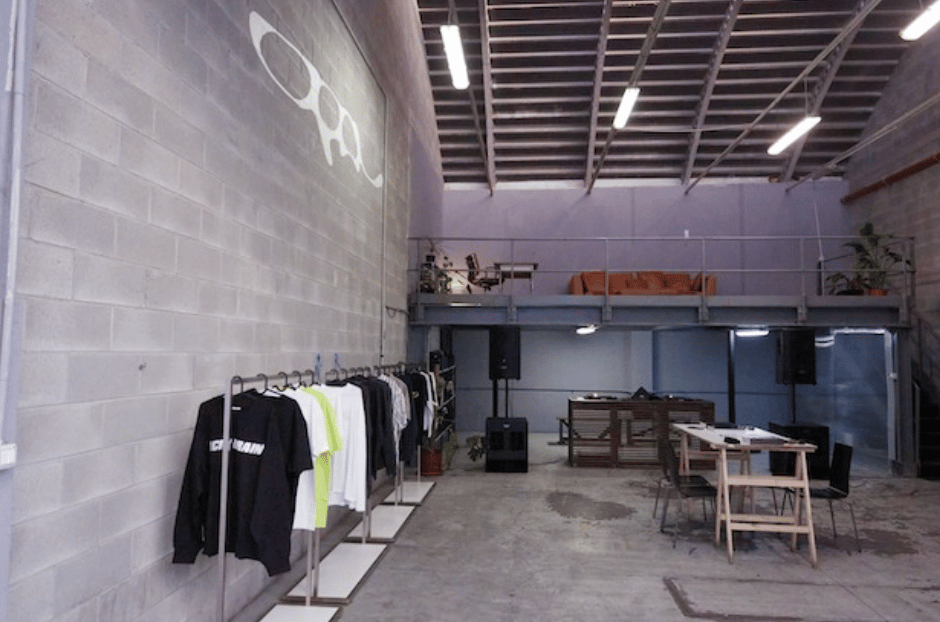 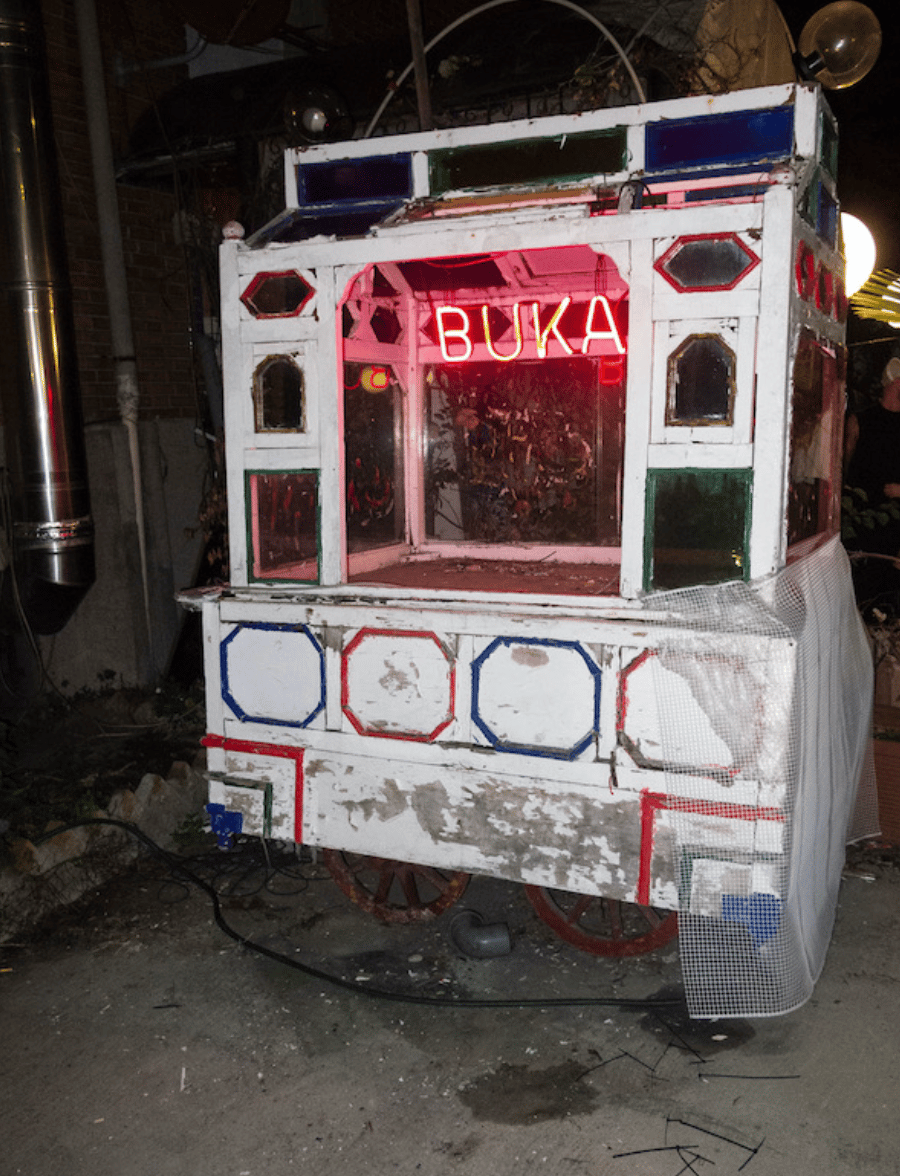 This is the impression among local DJs, too. Rosa Calix, who often plays both Opal and LOBO, has noticed a new community of music lovers and dancers being shaped outside of clubs. She believes these spaces bring together audiences who are more music-conscious compared to club audiences, which allows promoters to push more interesting local acts.

Active since 2012, local party BUKA throws events in odd spaces, adapting conceptually and musically to each. For their Mondo series, which takes place in an Egyptian restaurant next to a motorway, the focus is on Middle Eastern electronic music, presented by artists and labels from that world.

“When events become institutionalised it’s hard to align all the right elements in terms of freedom of movement, and of action,” BUKA told RA. “Events that happen outside of clubs can guarantee this freedom and are just more interesting—they are extemporaneous—and people crave that.”

But there can also be downsides to going off-location. In 2018, Matteo Costa launched Discosizer, a club that soon became a favourite in Milan’s underground scene. After a while, the team lost the venue and experimented with events in different spaces as the pandemic rules eased. In spite of many successful parties, Costa said it was hard to do things exactly as they wanted.

Read Next: MDMA May be Available for Medical Treatment “As Soon As 2024” in US Hospitals

“Our parties need a certain quality in the bar service and a high-fi sound, and it’s very difficult to provide these in a room that’s not suitable,” he told RA. “It’s cool that younger promoters are doing a lot of off-location events, but at the same time, it’s complicated to have a future without fixed spaces.”

Next summer, Discosizer plans to throw more off-location parties at an open-air farmhouse just outside the city. But it also intends to go back to club programming for the rest of the year.

Despite all the challenges, Milan’s electronic music scene is evolving, as promoters find creative solutions outside of the status quo. This sits in stark contrast to the wider political narrative—Italy’s new right-wing government recently introduced a bill banning unauthorised gatherings of more than 50 people. If passed, the law would specifically target illegal raves, though it could potentially impact smaller, off-location parties.

“There were already several laws about this, and illegal events will be shut down as usual,” said Ormas. “The underlying issue is the political implication: once again in this country, electronic music events get portrayed and discussed only as a public problem instead of a subculture. In this sense, the law proposed is bad for the whole sector.”

The proposed law runs completely counter to the needs of Milan’s promoters. “We need more chances for young people to invest in culture and clubbing in a safer way,” said Velardi. “This should start by easing the possibility of taking over spaces that are often kept empty and unused. These spaces can be turned into hubs fostering talents, local scenes and culture.”