Raving During COVID-19: Are DJs Compromising Club and DIY Culture? 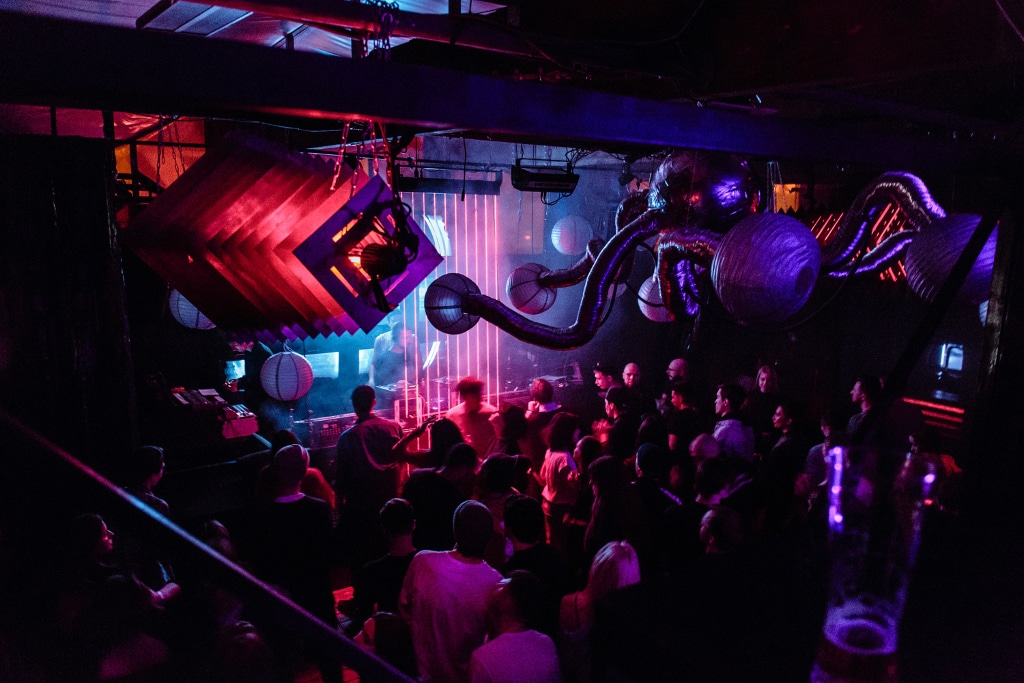 Raving During COVID-19: Are DJs Compromising Club and DIY Culture?

Let’s talk about the elephant in the room: raving during COVID-19. At the start of COVID-19 the dance music community came together and found alternate solutions to live music events. Necessity is the mother of invention and many quickly became tech experts. From DJs to promoters, they flooded the virtual gates hosting live streams through various channels. However, after almost six months since lockdown first started, it seems as if many have had enough of these pseudo-get-togethers, including some big-name DJs.

To clarify, “raving during COVID-19” doesn’t mean virtual events where thousands have tuned in for various streams since March via Facebook, Instagram and Twitch. Those virtual raves have helped create a sense of community filling the void of an empty dance floor.  The DJ sets in question are the ones happening in-person in front of hundreds of people amidst a pandemic–one that still holds many unknowns.

According to the Center for Disease Control and Prevention, large in-person gatherings with non-locals and where it’s difficult for people to maintain at least 6 feet apart are of highest risk. Health authorities in countries re-opening, like Italy, partially blame travelers for its spike in COVID-19 cases. The country imposed new daily limitations to prevent another major resurgence of COVID-19 cases. Night clubs were among some businesses affected in this partial shutdown, as were many DIY promoters.

Recently, videos have surfaced on social media showing big-name artists playing to crowds in regions that are now reporting new COVID-19 cases. In Spain alone, almost 4,000 new cases have been confirmed in the past few days. Nina Kraviz, Amelie Lens, Charlotte de Witte and Tale of Us are among some of the DJs raving during COVID-19 in front of live audiences. The Twitter account Business Teshno features them along with other DJs who are taking to the decks. While some attendees and DJs adhere to some of the precautions (e.g. wearing face masks) it’s hardly reassuring.

I hope big business techno is finished forever because of this crisis. Nina Kraviz here playing a plague rave in Italy to a bunch of people who aren’t interested in dancing. Weird vibe pic.twitter.com/WZrtQinyrS

How responsible is to rave during COVID-19? Is risking people’s lives worth a party or a paycheck? Raving during COVD-19 when the world is going through one of its biggest shifts feels, simply put, off. Health, economic and political issues are pressing governments at all levels and impacting communities. The big-name DJs have an ear for music yet appear tone-deaf to the current social landscape. Many of these artists are easily making $20,000 per gig if not more, and this doesn’t include festival slots.  Leaves little to warrant and much to question. Why are they playing when they’ve had financial success? Is cabin fever getting the best of them? Live streams definitely don’t provide the same rush and excitement as a real event; however, is there no regard for human life?

Do big-name DJs miss playing that much that they’re willing to endanger others? Granted, they aren’t forcing attendees to go, but they are contributing to creating opportunities for social gatherings. Their name has influence and an appeal factor among audiences in the house and techno spheres. Build it, they will come, and without a doubt, fans have. The big-name, international DJs could be leading by example, but instead would rather scratch their itch of performing in front of an audience.

Support Rave To The Future & Grab Your Gear

These events aren’t just happening by themselves, and DJs aren’t magically showing up out of thin air. Promoters are booking them and venues are allowing them to play. While economic support has left industry members out in the cold, many are taking matters into their hands. Event organizers are throwing caution to the wind and organizing parties. With many areas of the world shutting back down they’re resorting to illegal parties, but these shouldn’t be confused with the origin of illegal raves. Some have justified raving during COVID-19 as going back to the roots of house music where underground raves where king. Back then, there was a concern about the genre of music promoting drug-use and anti-social behavior. In an effort to control this, laws passed to start cracking down on parties. So, the big difference between then and now? A global pandemic.

Do the ends justify the means?

COVID-19 remains a threat to all societies. It’s putting at risk their economy, politics, health system, and social structure. Are these one-off events only making matters worse? Is the nightlife industry shooting itself in the foot? Without everyone doing their part to mitigate COVID-19’s effects, it’ll continue down its destructive path. Raving during COVID-19–legally or illegally–could only be prolonging the delay of safely reuniting on the dance floor.

The responsibility of preserving club and DIY underground culture doesn’t just fall on the DJs nor promoters or venues but it’s on the audience too. The people who are showing up to these DJ sets are not helping the cause. With raves typically attracting a younger crowd, reported infection is also mirroring the age group. In Italy, the average age of an infected person has fallen to 35, down from the mid-60s earlier in the pandemic.

“The reason [for the new cases] is mostly young people gathering and behaving like nothing has happened,” said Walter Ricciardi, the World Health Organization’s Italian government adviser. “There is quite a lot of movement by young people, going out of Italy for holidays and coming in. The circulation of the virus has been very intense.”

We cannot possibly and consciously justify even one life lost for our desire to party. What we can do, however, is prepare to Rave To The Future with all of you when things will be safe to do so.

WORK is committed to the #AntiCovidTechnoClub mantra of ensuring that we do not return to the dance floor unless it’s safe for our community to do so.

WORK presents Rave To The Future

Was someone dying at a private ‘burning man’ party in the desert this weekend worth it for the instagram photos and passing champagne bottles around with your pals? Shameful that I know people still out there oblivious to the world around them

You don’t have to look too far to see recklessness when it comes to social gatherings. It’s happening right in our backyard. In late August, a camping event called Reunite Festival took place in California’s Mojave Desert. The renegade desert event not only compromised the health and safety of those who attended but puts at risk the communities its attendees are from. To make matters worse, the music festival was organized under the pretense it was supporting the Black Lives Matter movement. It wasn’t enough the event hijacked an important, necessary social movement, but it then continued throughout the weekend after someone died. Where is the moral compass of those organizing and attending? Hosting a social gathering during a pandemic, let alone showing no regarding when a human life has been lost, is irresponsible, period.

Before you hit the dancefloor ask yourself, “is one rave worth the risk?”