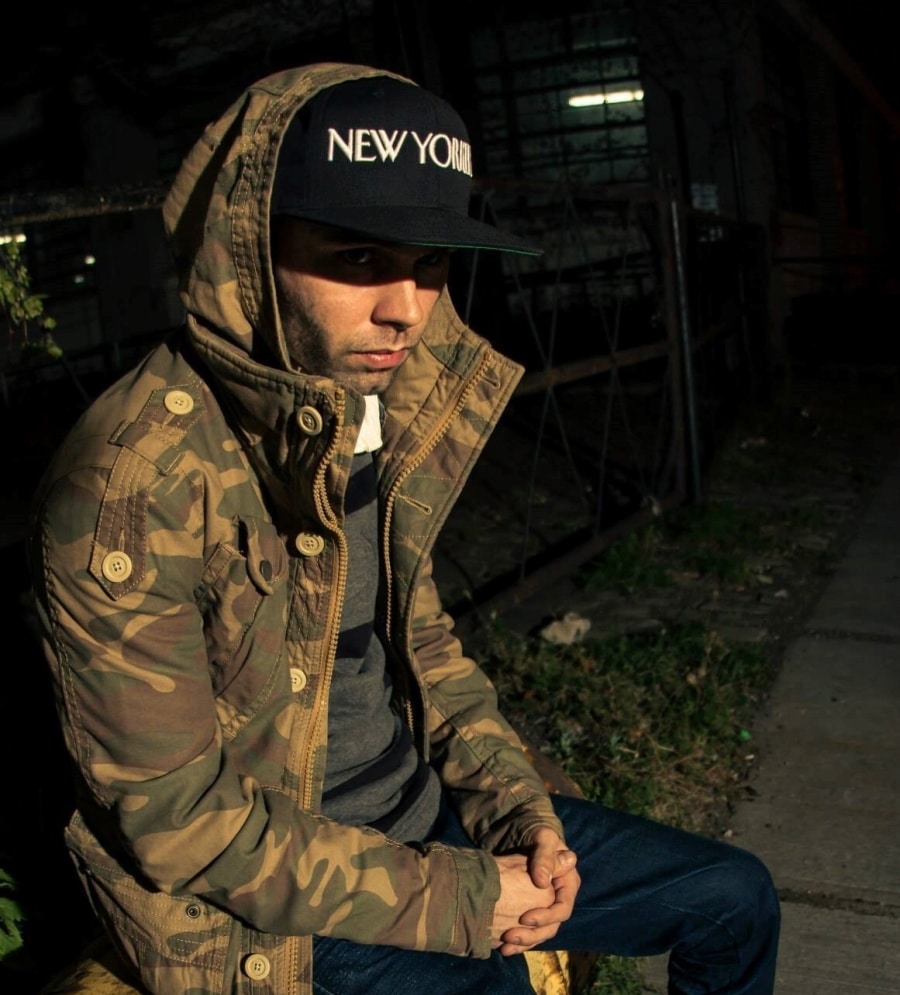 Born and raised in Brooklyn, NY by way of The Bronx, Justin Schumacher is a product of 90s hip-hop and rave culture. After over a decade of hard work and dedication, he has emerged as one of NYC’s most promising talents. His production work continues to gain notoriety in the global techno community with releases and remixes on labels such as Unknown Territory, Ohn-Cet, Italo Business, Dystopian Rhythm, Illegal Alien, and many many more.

Justin Schumacher’s production work remains thought-provoking and intelligent, employing complex fills and slick programming with exceptional sonic construction while still remaining floor-focused and energetic. He applies this same passion and attention to detail in his DJ sets which can span many different moods and grooves depending on the dancefloor he is working on. His love for the music clearly shows when he performs, creating an instant connection with the crowd on the most primal and perennial level.

Welcome Justin, thanks for coming on 6AM. We’re looking forward to getting to know you better, especially your music. How has your 2022 been so far?

Can’t complain. Been a quiet year so far. Just enjoying family life and tuning out most of the madness happening in the world.  The studio has been heating up lately. Coming off a long break from production it’s nice to get back in the groove without skipping a beat. No pun intended.

Read Next: What’s in Your Toolbox: Enamour

So you’re born and raised in Brooklyn, New York’s mecca of hip-hip and rave culture. Take us through your eyes of weaving through Brooklyn and The Bronx and finding your calling to techno.

Back in the mid-90s, raves/outlaws were def my introduction into dance music in general. Back then those parties were all genres. We used to call proper techno “straight-up techno”. “Techno” was still a general term for everything electronic. Not sure if that was just an NYC thing. At first, I didn’t like it lol. I was hooked into the scene by Acid Techno/Trance, Hardcore, Chicago House/Techno, Ghetto Tech/Booty House.

My earliest education in this music was shaped by NYC legends like Frankie Bones, Klip Rock, Gonzo, Lenny Dee, Delirium, and some of my homies from my neighborhood in Brooklyn like DJ Reality, DJ Kinetic, and DJ Deceit. They were all playing techno/acid well before I started even trying to DJ. There was just a fury of mixtapes being passed around from the likes of Jeff Mills, Dave Clarke, DJ Rush, Robert Armani, Mike Dearborn, Miss Djax, just too many. I used to have a backpack at all times, stuffed with tapes, ready to overtake your boombox, or home/car stereo and impose this shit on everyone. Other than hip-hop it was all I was listening to.

But when Marco Carola made his U.S. debut at Whistle 3 in NJ in 2000, that’s when I knew this was the music I was gonna devote my life to making and playing. His 3 deck set that night was monumental. Pretty sure that set is on Soundcloud somewhere. It was a true pivotal moment for me. Too many influences to name after that

“I knew this was the music I was gonna devote my life to making and playing when Marco Carola made his U.S. debut at Whistle 3 in NJ in 2000. It was a true pivotal moment for me.”

Sometimes it can take listening and watching another artist for us to find our true calling.

Read Next: Printworks to Close after Council Approves Redevelopment as Offices

With your latest remix, you collaborated with Manic Brothers on the track “Master of Remedies” — first, congratulations on the remix, no doubt it was a fun experience. What was the creative process like when it came to remixing this track?

Thanks so much. Yea that was easy, the original had a really nice synth hook that I ran through the freq [frequency] shifter half wet which really gave it an interesting timbre, and then some more subtle effects in Live; changed the timing a bit, then layered an LP filter section of the synth for the bassline.

MB included a really nice clap sample in the pack which I used as well but just arranged some bouncy grooves/sequences around the main hook. Kept it simple. Didn’t need too many bells and whistles. Just wanted to give it my stamp but also stay true to the original vibes. Those are the best.

“I didn’t need too many bells and whistles. Just wanted to give it my stamp but also stay true to the original vibes. Those are the best.”

Justin Schumacher kept it simple for his remix.

Can you tell us how you and the Manic Brothers met? How did you all agree that both of you would work well together for the track?

I don’t know MB [Manic Brothers] personally but I’ve def been playing their tunes for a while now. Alpha Particle Assembly from Consumed played matchmaker on this one [Manic Brothers]. He had heard some of my more recent releases and reached out.

Obviously, I jumped at the opportunity. Remixes are great exercises when you’re in a creative drought. And the tunes Alpha Particle Assembly sent from MB [Manic Brothers] were dope and worthy of a rework. It just seemed like a no-brainer.

Creating a remix is liking finding a soulmate — it has to be the right song and the right collaboration for it to flow organically.

Because you began your journey in Brooklyn/The Bronx, what advice would you give to another DJ that is weaving through similar territories? For example, what venues and clubs are great to find a techno niche in those cities?

Most if not all of the venues in the NYC/Brooklyn area I’d list on my resume to seek out aren’t around anymore. Output, Cielo, Verboten, Sullivan Room, National Underground, so many all RIP. A lot has changed in the last 5 years, but holding the torch now in terms of proper techno-focused venues would probably be Basement, Knockdown Center, etc. But the real unsung heroes of the NYC/Brooklyn underground techno/house scenes are the one-offs, loft/warehouse parties and afterhours that go on pretty much Thursday through Monday afternoon in all the tucked away corners of the mega sprawl. That’s where the best NYC local talent shows off why this town just breeds selectors.

“Most if not all of the venues in the NYC/Brooklyn area I’d list on my resume to seek out aren’t around anymore. Output, Cielo, Verboten, Sullivan Room, National Underground, so many all RIP. A lot has changed in the last 5 years — now in terms of proper techno-focused venues would probably be Basement, Knockdown Center, etc.”

In New York, techno venues may not be what they used to be, but there are still salvagable clubs and events to find a niche.

Read Next: FNGRS CRSSD Announces NGHT.MVS in the Park 2022

As far as advice for those coming up? Get your production up and play the networking game. The DJ market will swallow you up, but if you can write some kick-ass tunes and be selective with who you release with, then that’s a nice head start. It’s a friggin jungle out there.

What can we expect from you for the rest of 2022? Any upcoming projects or gigs on the horizon?

I have an EP on deck for On Edge Society which is a North American techno label run by Carlo Lio and Kareem Cali. Excited about that for sure. Some other exciting stuff in the pipeline that hasn’t been announced yet with labels I’ve released on previously. Of course, I’ll be working with Consumed again in the near future. Just trying to return to form.