The RAVE Act: What You Need To Know And Why It’s Still a Weight on Our Industry 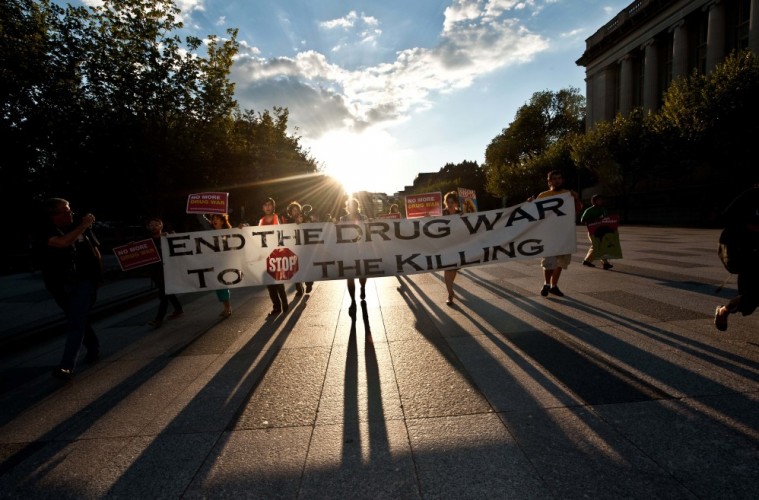 The RAVE Act: What You Need To Know And Why It’s Still a Weight on Our Industry

In the fight against illegal drugs in the United States, one of the most significant measures that was put forward in recent years is the Reducing Americans’ Vulnerability to Ecstasy (RAVE) Act. It is also quite a controversial piece of legislation, as the bill itself did not manage to pass Congress until it was retooled as the Illicit Drug Anti-Proliferation Act of 2003.

Even after the passage, if you can call it that, the RAVE Act has been eliciting strong reactions from both sides of the spectrum until today. In particular, the sentiments against it have been strong and vocal as it is being criticized for its ineffectiveness in the illegal drug campaign, oftentimes touted as one of the causes for the lack of drug safety in today’s electronic music scene.

So what has made the RAVE Act a contentious law? Today, we look more closely at the RAVE Act, its provisions and the controversies surrounding it.

The History of the RAVE Act

The RAVE Act was originally proposed in legislation in 2002 by then Sen. Joe Biden, who would later on become vice president. As the name implies, the bill was aimed against one particular illegal drug: ecstasy. During the 2000s, the United States Government was fighting not just terrorism but also what they referred to as the “ecstasy epidemic.”

At 6AM we strongly believe calling it an epidemic is a misnomer at best. The notion that this was all a political stunt to gain approval (and votes) from the vast majority of middle class America is not a far-fetched idea, but that’s not something we need to necessarily dive into today.

What is important to note, however, is that the bill came under fire from both constituents and Washington politicians due to its actual provisions. Even the bill’s name was perceived as a dig against raves, nightlife, festivals and the liberty of freedom and expression as enjoyed by millions of Americans throughout the country, even though Biden went on record to insist he was not actually against these types of events. The bill failed to pass twice when it was introduced on the US Senate and only after it was retooled as the Illicit Drug Anti-Proliferation Act was the measure finally enacted as a law on April 30th, 2003.

Despite the retooling though, some of the contentious provisions against the RAVE Act remained intact in the new law.

Criticisms Against the Act

It has been about 14 years since the passage of the Illicit Drug Anti-Proliferation Act, which people still refer to as the RAVE Act. Even after enactment, the criticisms against the law have not died down, but rather remain a point of argument by experts and advocate that believe the law is responsible fro the lack of drug safety at concerts, nightclubs and festivals throughout the United States.

The main criticism against the RAVE Act was that it’s literature was simply too vague in tackling how it would actually deal in combating illegal drugs. One notable example that displays such vagueness is how the law empowers authorities to determine which nightclubs or venues are considered to be fostering illegal drug use, without providing the specifics as to how such identification is made in the first place. As such, federal authorities can resort to using vague and non-official checklists to determine that a venue or event fosters drug culture. The results are ridiculous at best, with authorities considering such items as glow sticks, lollipops, kandi or even bottled water as signs that events are “encouraging” the use of illegal drugs.

The law also gives authorities the power to fine a company with a hefty fee or even prosecute it for knowingly and “intentionally profiting” from drug use. Given the above-stated “checklist” this would mean authorities can harshly fine venue owners and event organizers for allowing or selling those items on their premise, as it can be construed as encouraging drug use and “making a profit”from it. See how ridiculous this is?

The vagueness of the RAVE Act as detailed above has created a sort of domino affect that has gravely harmed the nightlife, festival and electronic music industries. The fear of violating the law has made promoters, festival organizers and venue/nightclub owners weary of how their events are run, what they allow on their premises and for some time even about offering water in abundance at their events.

More importantly, critics point to the law itself as to the main reason why drug education and drug safety services are not being provided at events where they are badly needed. In the past we have seen major festivals shut down such initiatives because hosting them is akin to raising a massive sign that reads “There Are Drugs At Our Events And We Are Aware Of It” which in turns puts them under greater government scrutiny and at risk of a shut down, fines and even arrest. This is why in the United States it is rare if not almost impossibly to find designated areas where you can test your drugs safely at festivals or nightclubs or pick up educational documentation on the real dangers of drugs. Yes, even giving out leaflets with drug information can be viewed by officials as a sign that promoters and event organizers are aware that drugs are being taken at their events and if that sounds ridiculous it’s because it really is.

Critics have pointed to the law as the culprit behind a number of deaths at electronic music festivals and nightclubs since its passage in 2003. They argued that the law prevented the implementation of drug education and the provision of  facilities that would have saved the victims’ lives. In addition, the law is being seen as a culprit behind the decline of the electronic music event scene in the United States, as the law created a perception that such events are havens for drug use and have turned away investors and promoters from putting more on. While it’s hard to say for certain whether lives lost would have been saved if the law hadn’t been enacted, there is no doubt that it has fostered an environment where the problems and concerns about drugs aren’t actually being tackled in an effective and pro-active manner. Instead, the drug issues in our society, and specifically in the electronic music scene and nightlife, are being swept under a fictional carpet where uneducated kids are being sold incorrectly labeled and dangerous drugs which they consume without testing or real education. 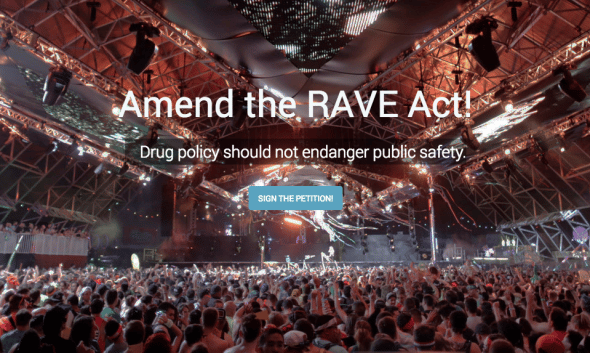 The flaws and limitations embedded on the RAVE Act as well as its negative effects have brought about calls for its amendment. Leading the way is the Amend the RAVE Act movement with an online petition to amend the law and make it more responsive to the drug problem by encouraging safety and education. Unfortunately, the government has yet to respond to these calls for amendment and it is uncertain whether Congress will get around to tackling the law or not, especially with Trump currently in office.

In the meantime, the RAVE Act remains in place and continues to raise fears and concerns that should not be in place when it comes to fighting illegal drugs.

For critics, this unwelcome attitude is something that needs to be acted upon at the soonest time possible, while in the meantime we all do our part to keep the electronic music scene we love flourishing despite the uneducated attacks.