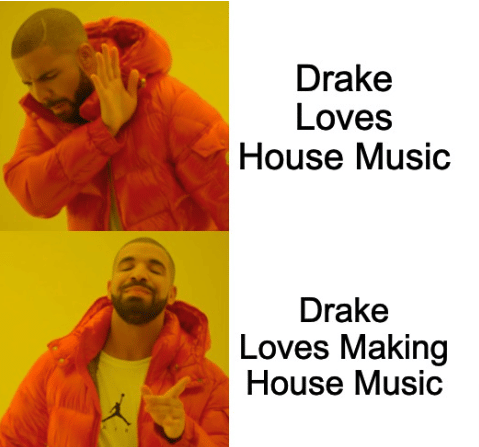 Canadian rapper, singer and actor Drake, surprised released his newest album Honestly, Nevermind at midnight on June 17th 2022. Fan of the star or not, one can’t help but notice a good chunk of the tracks either are, or have a deep house/house music influence.

On top of all that according to RapUp, the album has already broken streaming records for dance music on the Apple Music platform and it hasn’t even been a full 24hrs since release.

Be the judge for yourself if this is a full on house release. However, undoubtedly House music and dance music in general has been on the rise in the mainstream setting, but does this sign that even more megastars will jump into the genre? Only time will tell…

Read Next: The Science Behind Your Love of House and Techno