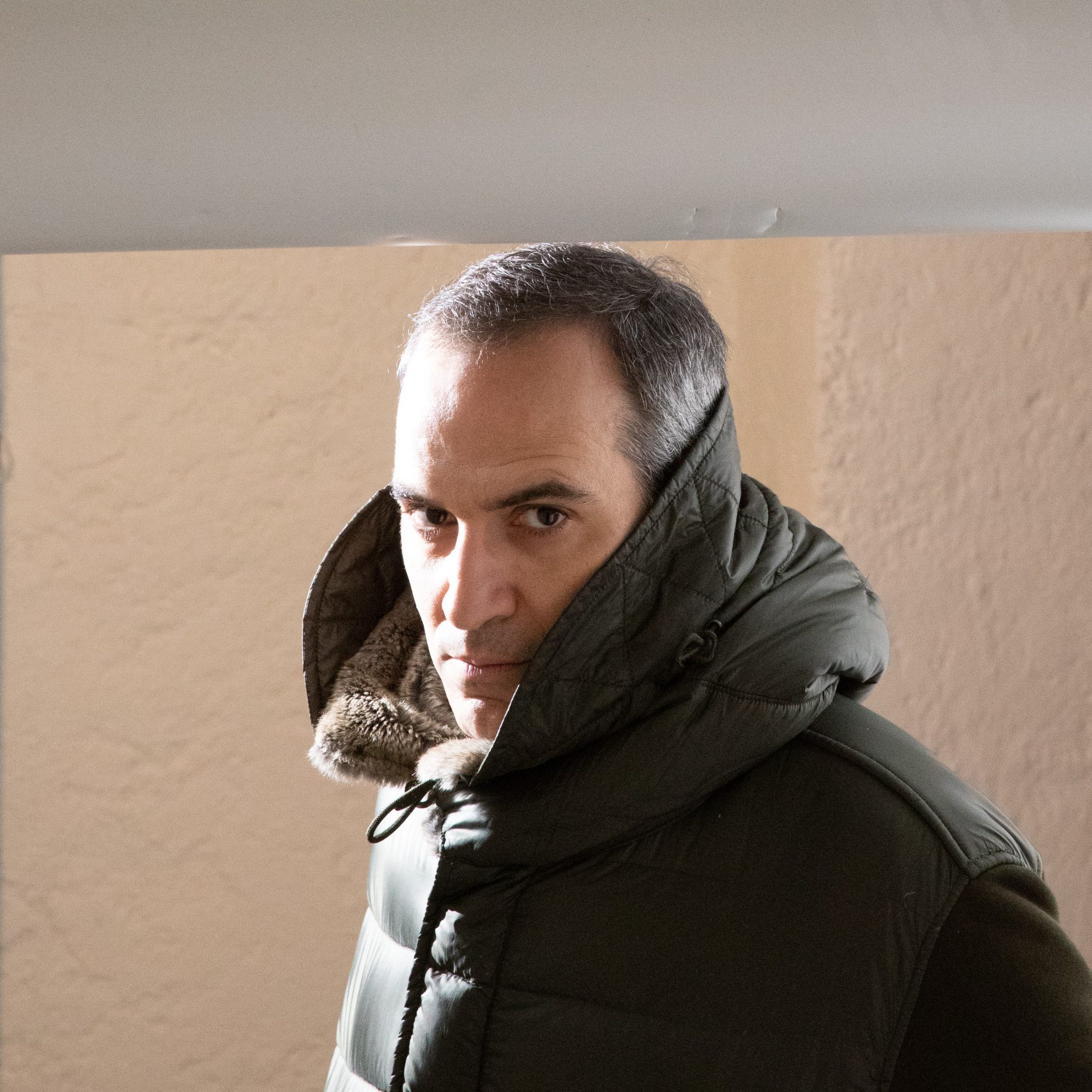 Raimond Ford is back after 20 years of absence from the scene with a fantastic new musical story to tell across ten tracks of avant-garde deep techno. Together with the D-EX collective and Racket Knight, Raimond Ford has been one of the most successful techno alter egos of Luca Tavaglione aka djlukas, a Swiss artist from the nineties who played all the major raves of that era.

Under his various aliases he has released on Planet Rhythm Rec TouchTone/AudioRec, Spectra Records and many others, with legends like Carl Cox often dropping his tunes. His Robot Can’t EP explores the notion that robots will probably replace human beings in certain activities or functions and “tries to describe the personal feelings of the artists when one day he woke up in a surreal world between darkness and light, running against the unknown with little fragments of memory captured through the eyes of a robot.”

We recently caught up with Raimond, and asked him to share some of his favorite ’90s techno tracks:

“The ’90s was a time of flux and change in techno with the sound shifting and developing over the 10 years. During this decade my Raimond Ford alias saw me releasing on labels like Planet Rhythm Records UK, Eukahouse and Touch Tone Recordings and playing parties and clubs across Europe.

I still run classic techno parties under the ‘Anthology of Techno’ moniker and I wanted to share some of my favorite techno tracks, among the many, from the ’90s…” – Raimond Ford

“Cosmic Movement”, released on Red Planet, together with “Der Klang der Familie by 3 Phase feat. Dr. Motte”, on NovaMute, are deeply linked to a fondly remembered period of my career as DJ and producer. Around this time I had actively started to attend the underground techno scene beyond Gottardo, particularly in Zurich. When I listen to this track again and I close my eyes, I relive incredible moments of the first underground rave parties in old industrial plants, where spectacular laser shows took place and huge piles of Electro Voice MT4 loudspeakers made the walls vibrate.

Among the evergreen classics of the early ‘90s, made by the greats of all times, and which I am still including in my long dj sets, there is “Spastik” by Plastikman (aka Richie Hawtin). It is a record that, like the magic flute in Hamelin’s tale, forces the listener to dance and follow its rhythm.

The whole “Dogmatic Sequences II” EP by Patrick Pulsinger on DiskoB is always in my records bag and I also often play the song “Viagem”.

“Constrution Tool” remains to me as precious as “Steve Bicknell, The Remix by Planetary Assault Systems” because they can fit in to any occasion, it’s especially ideal to push or slow during a dj set, thanks to the continuous changes of directions and the strong rhythmic tensions.

It’s hard for me to choose among the nu pioneers of a new trend in techno music born in the mid ’90s. It represented a style usually characterized by noisy, ambient modular sounds, looped and filtered several times with mechanical beats in a slow progression. Among my favourites, besides Surgeon, I recall and continue to appreciate Regis, Oliver Ho and James Ruskin. In my opinion the song ‘Badger Bite’ as well as Atol and Rotunda, all from Surgeon’s repertoire, remain records full of meaning, always able to amaze the audience for their still unique out of the ordinary sound.

The last track I present is by the artist Clemens Neufeld who, together with Richard Bartz, Robert Görl, Heiko Laux and Johannes Heil, are the other group of artists that I have always followed very closely. “Lift Off”, released on “Planet of Drums”, the UK label founded by Tim Taylor, is a powerful record with an energetic effect that seems never to take off and slowly hypnotizes the dance floor.