The English rock band Radiohead will headline Secret Solstice Festival this summer in the center of Iceland’s capital city Reykjavík. Because the festival will be held during the summer solstice weekend from June 17 to 19, participants can pay witness to three whole days of daylight due to Iceland’s close proximity to the Arctic Circle.

There are a variety of ticketing options for Secret Solstice 2016 as well as three exclusive side events. Secret Solstice presents Into The Glacier, is just what it sounds like, an unforgettable party inside of a pristine glacier. The Secret Lagoon Party takes place at one of Iceland’s oldest geothermal pools. The Midnight Sun Boat Party is a boat party with a trippy twist; the sun will still be out at midnight. 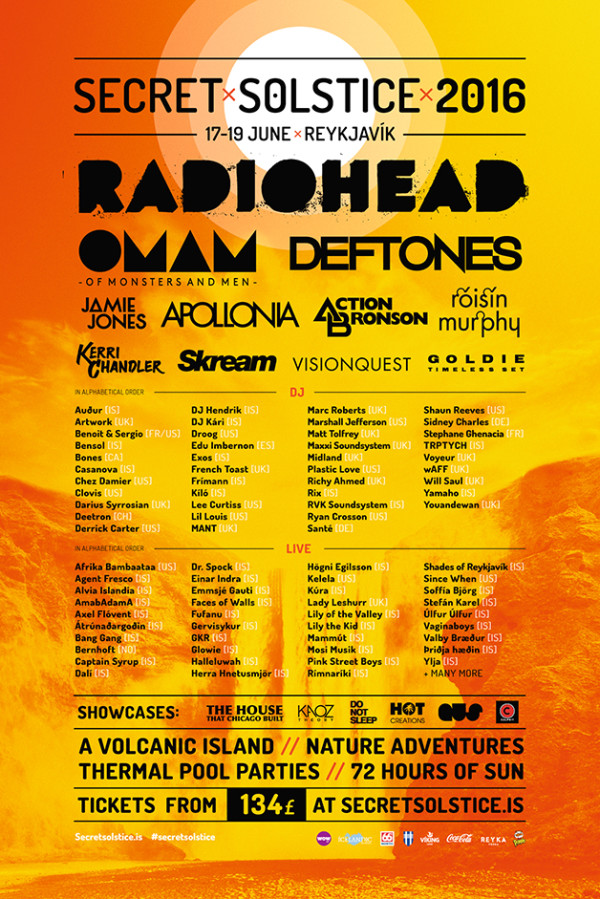