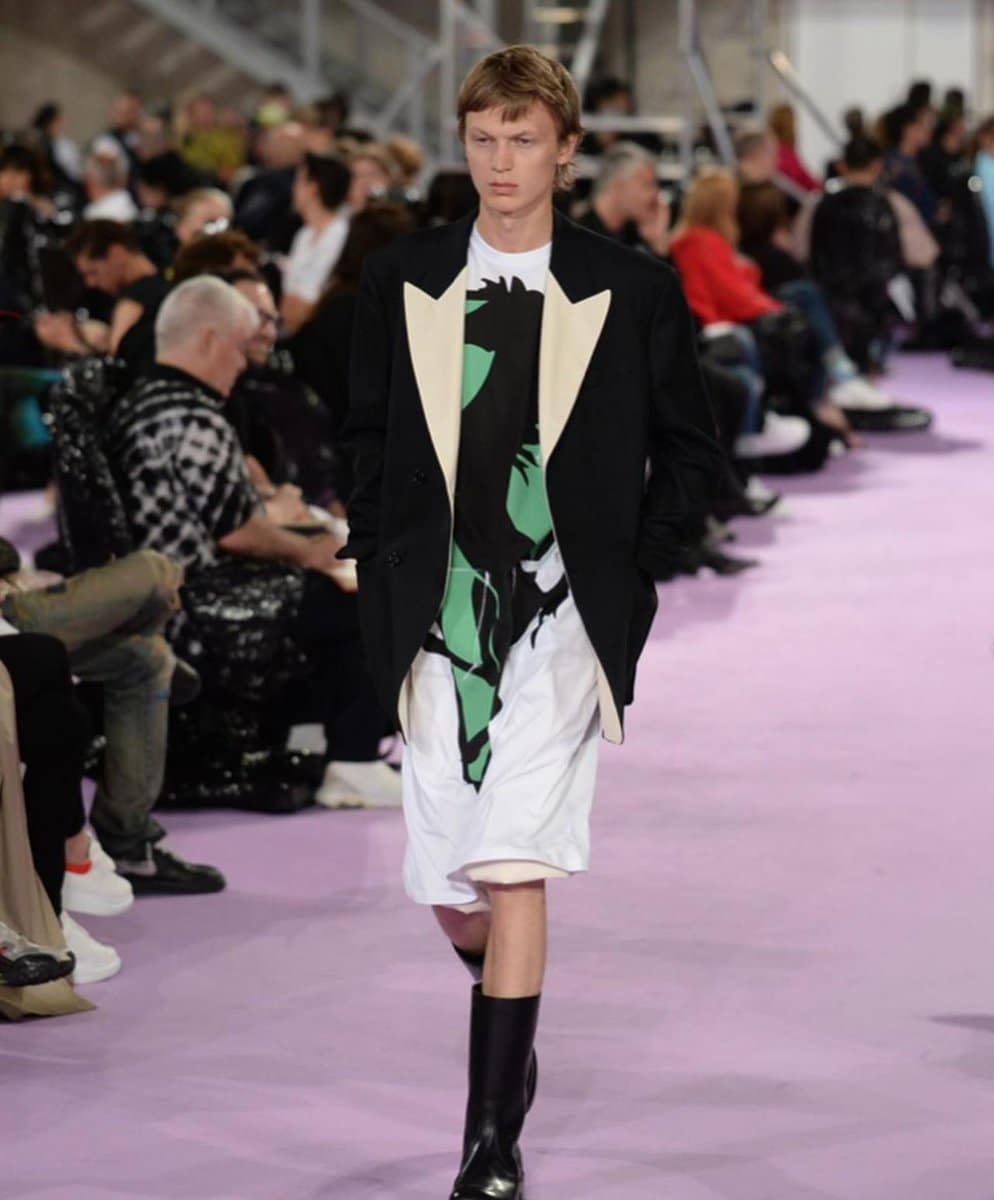 One of fashion designer Raf Simons’ latest pieces is a collaboration with R&S Records for a label-inspired shirt that is currently priced at a cool $200 (and that is with a 40% discount).

Throughout a 25-year career, Raf Simons has established himself as one of the industry’s hottest designers From paying homage to Flemish painters on couture gowns, to sliding references to Jaws into spring collections – the 51-year-old has certainly shaken up the fashion world, and continues to do so today. In this latest collection, the designer has paid homage to underground record label R&S Records, and their ambient subsidiary Apollo.

The homage is a t-shirt with the label’s logo clearly emblazoned on the front. According to one of the label’s founders Renaat Vandepapeliere, the black horse on an inverted turquoise triangle logo came about when he and and Patrick Gypen discussed their passions for horses and the Ferrari luxury car brand. According to Vandepapeliere, while their passion for Ferrari is abundantly known, their version of the horse is ”used as expression for dance – prancing, free, proud.”

High Snobiety reports on Raf Simons’ love for music and how it has influenced his previous collections:

“It’s no secret that Raf Simons is into music, and that it has heavily influenced his work as a designer. Even in his fledgling years, he gestured to various genres and musicians. His SS00 collection referenced Gabber – a very fast, hardcore kind of techno that originated in Belgium and the Netherlands. When it comes to actual musicians, there’s of course his nods to figures like Richey Edwards of the Manic Street Preachers, Ian Curtis of Joy Division, electronic music pioneers Kraftwerk, as well as using Peter Saville-designed artwork from New Order and Joy Division records, which have become some of the most covetable Raf grails.”

With a passion for music, including the underground, it was only time before Raf Simons referenced articles on his clothing line to a piece of the rave culture he feels so connected to. R&S Records are a long-standing record label whose music output is varied, comprehensive and highly-influential in both electronica and more underground techno. As an example, in the label’s long catalogue you will find releases from Paula Temple as well as Aphex Twin. Raf’s latest collection also uses the Apollo Records logo on another garment which appears a few looks before the final, on a white tunic peeking out of an unbuttoned black leather coat.

On the purchase site, the R&S t-shirt description reads,

“In true Raf Simons style, a relatively ordinary tee will be anything but ordinary – in this case it’s emblazoned with a horse and triangle motif. Stop horsin’ around and add it to your wishlist.”

According to the same HighSnobiety report, “When asked to what extent the inclusion of the logos was a collaboration between the label and the brand, Vandepapeliere simply replied, ‘Raf just called me [to ask] if he could use the R&S logo and Apollo logo.’ With Vandepapeliere’s to-the-point email responses to our questions and Raf Simons including no show notes for SS20, it’s clear that both parties would like everything – the clothes, the culture, the history, and the music – to speak for itself.”

We are not sure if we will see fans wearing the $200 t-shirt at a techno rave any time soon, but for those still looking to rep the record label without spending a small fortune, they can get an official t-shirt from the label itself once they’re back in stock!