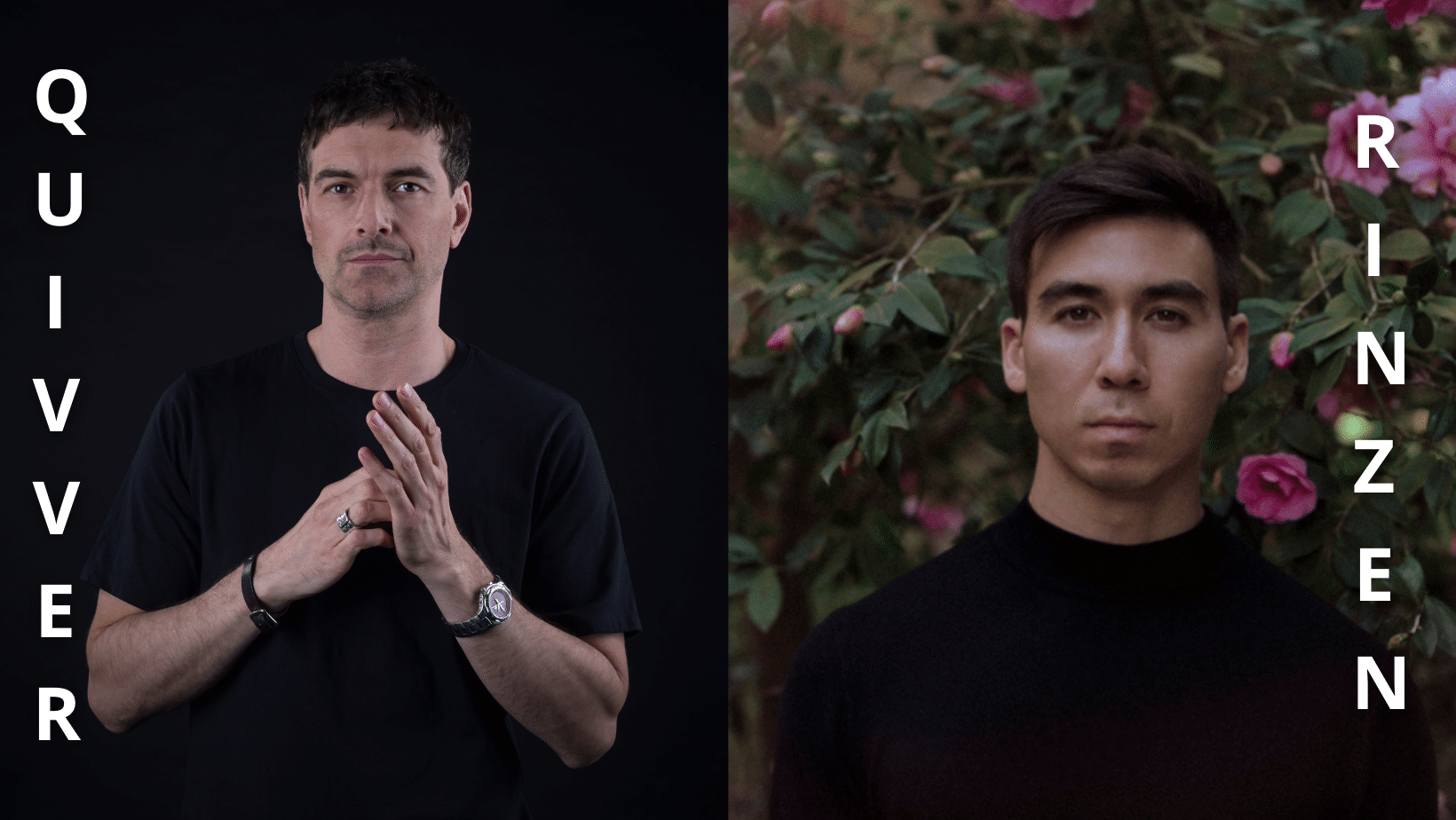 Quivver has released Don’t Say Anything EP on the esteemed Bedrock Records featuring a remix from Rinzen. For any artist, landing a release on Bedrock Records is an esteemed achievement, so you can imagine how for both of these artists, this EP is a feather in their cap. 6AM caught up with both Quivver and Rinzen about how the past year has helped them grow, and what they hope to see in the future.

Listen to the “Don’t Say Anything EP” Premiere:

My advice for rising artists when sending their music to labels would be to make sure the quality of their demos is the best it can be. So often we finish a track and get so excited by the prospect of sending it to our dream label that we send it preemptively. Often, in reality, the song may only be at 80% of its potential.

Rinzen’s tip for artists shopping labels and pitching their music

This is a huge moment for you and Bedrock Records is a staple within the electronic music scene. What are you feeling about the recent release, and how did the opportunity come about?

Rinzen: I am incredibly honored to have this remix out with Bedrock. I’ve been following the label for a long time and have so many great memories dancing to John Digweed’s sets over the years. I am very grateful to Quivver for inviting me to be a part of the release and having me as the remixer for his killer track “Don’t Say Anything.”

2020 was a hard but productive year for you. Which moment(s) stand out to you?

Rinzen: There are a few moments that stick out from last year. Most notably, I’ll always remember teaching music production courses online through Zoom, DJing marathon Twitch sets on the Desert Hearts stream, and spending countless hours in the studio working on music.

Do you have any advice for rising artists when pitching their music to boutique labels?

Rinzen: My advice for rising artists when sending their music to labels would be to make sure the quality of their demos is the best it can be. So often we finish a track and get so excited by the prospect of sending it to our dream label that we send it preemptively. Often, in reality, the song may only be at 80% of its potential.

It’s worth taking the extra time with new demos to make sure they’re at the highest quality they can be — even if that means sitting on them for a couple of weeks and re-evaluating them down the line before sending. First impressions are important so make sure you’re only sending your best!

You released a massive discography! What are some of your favorite records that you can keep in rotation on your USB?

What changes have you seen in the music industry this past year due to quarantine as it relates to producers and making music?

Quivver: More albums than usual, but also…I don’t know if a lot of other producers have been sitting on most of their new tracks while clubs have been closed but I’ve done that. I only did a couple of releases over the past year. I don’t like the thought of them never getting heard in a club so I’ve hung on to a lot of them until things open up again and they can get played on big sound systems – as intended.

Anything new you’re anticipating with events opening back up?

Quivver: There’ll be lots of new Quivver releases over the next few months! Including an album. I’m also working on a collaboration album project which I’m very excited about but won’t go into that for now.. .. on top of that there’s some new drum n bass stuff under my old Skanna moniker which should be coming out on moving shadow’s new offshoot label over/shadow soon…

As far as DJ stuff goes, I just did a couple of great gigs in Mexico and I’m looking forward to playing my favourite new festival “Noisily” in July. It’s been going for quite a few years and it’s only half an hour from where I live. I only discovered it when I played there in 2018. Great location, great crowd, and not too big…