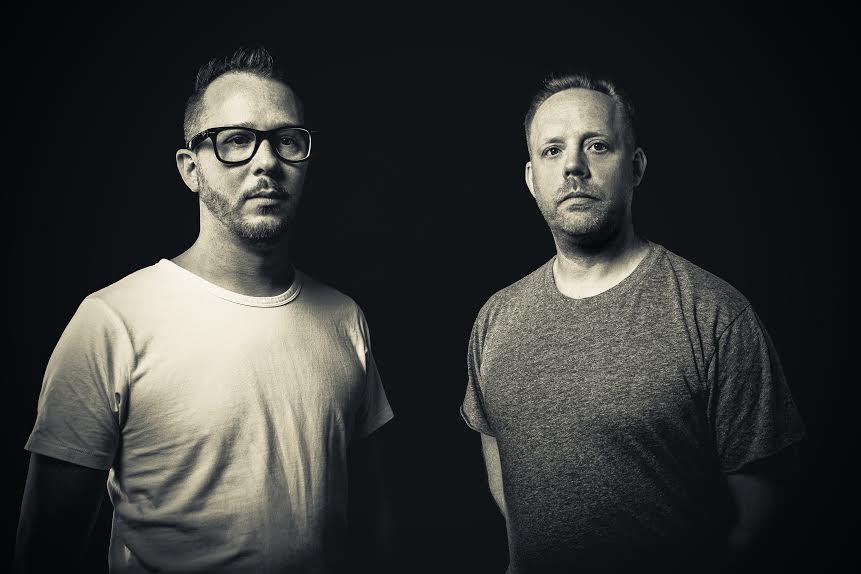 London based house duo Saison have, over the last few years, carved out a niche of their own. They have released on some of the most respected house labels in the world, including Defected, Toolroom, Large Music, Sonar Kollektiv, and Suara to name a few. They’ve also remixed many titans of the scene including such musically diverse artists as Jack Back and Chez Damier. With a unique sound that incorporates influences from their disparate backgrounds, Saison’s music is raw, heady and demonstrating house music at its very best.

Saison’s sound is characterised by a timeless quality and firm focus on groove, deeply rooted in their formative years of music discovery. Warm chords, intricate drums and evocative soulful vocals are blended to masterful effect to create records that are easily accessible, but that also reward repeat listens due to the intricacy and sophistication of their production. For Saison, it’s about more than simply making you dance: it’s about evoking an emotion that stays with you long after the music has stopped.

Saison were named the best deep house artist of 2018 and 2019 by Traxource, and are one of the biggest selling deep house artists on Beatport. They’ve released on Defected, Toolroom, and Suara and have also remixed many titans of the scene including Jack Back and Chez Damier.

Despite quarantined, we managed to grab a virtual chat with the duo to dig into their 2020 and find out what they’ve been up to during this strange year.

Thanks for talking to us today guys… 2020 certainly hasn’t been the year any of us expected so far, how are you both coping?

We’ve been good despite the feeling of the world falling apart. Both of us and our families are healthy and happy so we can’t ask for more than that.

I think it’s fair to say that anyone working in house music owes a significant debt to black culture. What are your thoughts on what’s happening in the US and UK at the moment?

It’s painful to see that in this day and age humanity still deals with prejudices and racism. However, it’s great people are standing up through protests and spreading awareness of the struggles people are going through. We hope this is the beginning of the change that has needed to happen for far too long.

What can the music industry do to help?

We think awareness and support is important. Whether that’s through expression in your music, donating to proper cause or standing with the protesters so the message is heard. We can all stand in solidarity with our black friends and families.

Onto the music… you guys have had a number of hits over the years, biggest charting deep house record on Beatport last year with Moments not least among them. What’s the secret of your success?

We don’t have a secret, we just tend to make music we love. We’ve been fortunate that it has resonated with so many people. We’d be making the same kind of music even if it hadn’t had the success. We guess the secret has been to follow what we love doing and what we believe in first and foremost, and people pick up on that.

What for you are the key ingredients of a great house record?

We love music that has depth to it and makes you want to dance at the same time. Whether that be in the melody, soundscape or groove. We like music with layers. Part of our sound has been to experiment with layers, we like to create ambience and textures in the background of our tracks, especially with vocals and synths. We spend more time on those details that we do on any other part of the production process. The core of a track can be conceived in just a few hours, it’s the finer details that we go back and forth on

How does working as a duo help fuel creativity in the studio? And what are the drawbacks, if any?

Working as a duo has really helped us form the Saison sound, which is the sum of two parts. It’s what the both of us bring to the table from our different influences, knowledge and history in dance music. It also helps when we find we have a great idea in the works, but for whatever reason one of us may not be able to finish it, so we can pass the idea back and forth until it’s nailed. We both bring different perspectives into the process which has been a catalyst for our sound.

Given the UK’s been on lockdown for the last few weeks, how has that affected your ability to produce music together?

Fortunately, it hasn’t. We spend less time together at the moment and take the studio time in shifts, morning / afternoon. Because the time is limited, it has made us focus more and make the most of the time we do have. One of us could be working on a track and the other can pick up where the project was left off. We may not be able to work on music at the same time, but we’ve maintained our productivity.

Your next release Show Me sounds like it could have been made at any point in the last two decades.. is longevity and timelessness something you’re always looking to achieve?

One thing we do have in common with our influences is we love timeless music. A lot of the songs we loved and played 10 years ago still stand up today and we do still play them. It’s not been a conscious focus to make music like that, it just comes out through our productions. We don’t follow trends or try to make music for the moment, it just doesn’t come out natural and usually sounds unauthentic when doing that. We stick to what we know and try to make the best music we can.

How do you think the dance music scene will look in a year’s time? Tough question we know, but are there any changes you can see happening, for better or worse?

We can only speculate, but hopefully now that people are on lock down they are focusing more on perfecting their production craft and concentrating on quality rather than quantity. We hope people are focused on making music to release rather than trying to put out releases to get gigs. We have a feeling the quality of productions and music will start to increase over the next year.

What else should we be looking out for from Saison this year?

We’re excited about what we have coming up with our label, some great remixes from Waajeed, Roger Sanchez and Kevin Yost along with some really great original projects from Local Options, Wolf Story and of course, Saison. We have a remix coming up on Soulfuric records but other than that we have been taking some time out from remixing to focus on a new batch of original material, and we’re really happy with the results so far.

Finally, what’s the one record you’ve heard this year that’s stood out amongst all others?

Matt – So hard to choose one. Most tracks that come out on Classic Music are instant favourites. It’s been a favourite label for years and has always pushed the boundaries since its beginning. Another recent stand out has been Detroit Swindle’s Coffee In The Morning. The production, mix and groove have been nailed here and clever lyrics you don’t often find in house.

Leigh – Again, I’d look towards classic music, Janson ft Liz Cass “Life Less Ordinary” was a particular favourite along with another Jansons track on Kneep In Sound called “La Fonque”. The projects we have worked on for our label No Fuss with Queen Rose this year have been big favourites of mine and a Saison track we released with Future Disco called “The Art Of Optimism”. A record we had in the wings for a couple of years that didn’t really sit in any specific genre, it was a track made purely for feeling reminiscent of our earlier clubbing days.