Q&A and Premiere: One Child Policy Discusses His Debut EP on VRV, His Asian-American Heritage and Favorite LA Food Spots 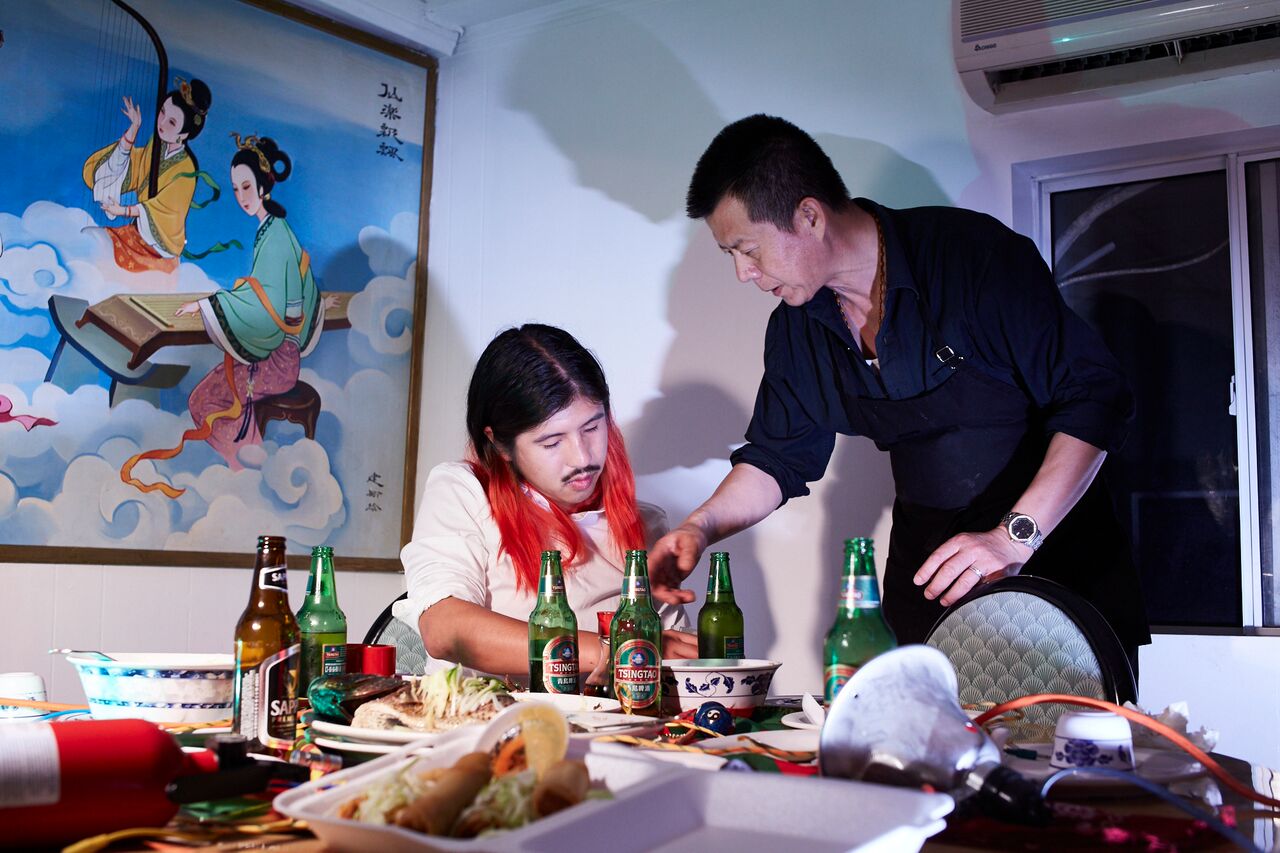 Q&A and Premiere: One Child Policy Discusses His Debut EP on VRV, His Asian-American Heritage and Favorite LA Food Spots

Out on Los Angeles based VRV, One Child Policy‘s debut introduces the electronic music world to a new and distinct sound. Featuring a yin and yang selection of tracks, Cultural Transmissions (order here) contains productions that are both club-ready and cerebral in nature, kinetic and moving while simultaneously exercising the mind into new dimensions.

One Child Policy (1CP) is a project born out of the LA’s colorful San Gabriel Valley Chinese area, a fusion of sorts that sees the amalgamation of electronica with a background of classical music, electrical engineering and sound design. The results are peculiar, in a most positive way, with distorted vocals, mind-bending synth leads, gritty yet warm percussions and an overall atmospheric aura that carries through all his tracks.

We had a chat with the man behind the project to talk about his roots, favorite Los Angeles food spots and the journey that took him here: the release of his debut on one of LA’s most recognized labels, from which we are premiering the track “Chase The Dragon.”

Your EP is heavily influenced by your Asian-American heritage and influences. Can you tell us a little bit about where you were born and how it was growing up there?

Well, like any child of immigrants, I feel that my story really starts with my parents’ stories. They were born in China during the Cultural Revolution and came from very rural backgrounds. My dad, Wanqing, grew up poor on a rice farm and took care of his three younger sisters. They could only afford to eat meat once a year, on Chinese New Year. He worked incredibly hard in school and was the only kid in his village to go to college, receiving a full scholarship to Rutgers University. In the face of racism and financial hardships, he earned a PhD in Material Science and Chemical Engineering, moved to Silicon Valley, raised a family and achieved the American dream.

I always looked up to my father. He’s the smartest person I know, and he always encouraged me to read and study whatever I was interested in. After I discovered electronic music, I wanted to learn how to make sounds, so I started buying equipment. I can remember when I was 13, I showed him a book I found called “How to Build Your Own Alien Instruments,” and he helped me pick up a soldering iron to circuit-bend an old 80s Casio Sk-1 into a glitch drone machine to make experimental sounds. Both my parents are engineers and work in the semiconductor industry so I grew up being surrounded by lots of science and music.

During my early childhood I moved between China and the US and was taken care of by my grandparents until I was 2. Then my family moved between Silicon Valley and Portland, Oregon, when I was young. Looking back, I’m glad I was able to spend some of my formative years in Portland, because it really shaped who I’ve become today. I was able to go to all-ages shows, play in bands with my friends, and volunteer doing live sound at a punk rock venue.
What kind of music was being played in your household when you were a kid?

My parents mostly listened to a lot of classical and instrumental music — some Chinese opera and some new age. I also took piano lessons for about 10 years, starting when I was 7, and played in bands with friends.

Los Angeles and its surrounding areas are very multi-ethnic, with heavy Latino and Asian influences. If someone asks you where you’re from do you feel like you’re from LA?

Yes I do, I’ve lived here for about 8 years now and have lived all across LA county on both the east and the west side. Yet I still feel like there’s so much I haven’t seen in LA — so many different ethnic pockets. Did you know there’s an amazing “Little India” out on Pioneer Blvd in Artesia? I took my girlfriend there for the first time and she loved it. It’s like an eight-block stretch of all Indian owned restaurants, cafes, supermarkets and Bollywood music stores. It’s really amazing to live in such a melting pot of cultures, I mean each pocket of LA is so unique in terms of culture and food.

Also I love the music scene out here, there are tons of creative people doing music that inspire me. I was lucky to get a fake ID at 18 when I was over at UCLA — not to drink at all, I just loved going to shows. I was excited when a DJ or electronic musician could take me on a sonic journey. I definitely used it to go to a few Droid events using that fake ID (oops!) and now those guys are putting out my record on their VRV label. The Raiz brothers have been putting on techno and warehouse parties since the ’90s when I was born, so you gotta respect that — shout out to them!

What are some of your favorite food spots in the San Gabriel Valley?

Too many to list! All right, here we go, Newport Seafood Restaurant for seafood and weekend dim sum. Tasty Noodle House for their Taiwanese Beef Noodle Soup — it’s straight fire. I’m surprised that here in the states, Taiwanese beef noodle soup hasn’t caught on as fast as Ramen and Pho, but if you’re reading this, you should try it. It’s a really delicious bowl of noodles. Also Chengdu Taste and Szechuan Impression, I almost always order the twice cooked pork . Also Golden Deli and Vietnam Restaurant are great as well.

I also frequent the Ranch 99 over in San Gabriel to pick up groceries. I feel like as an Asian American I sometimes have a hard time connecting to my parents’ culture, but food is definitely something I’ll never let go of.

How about in LA?

My favorite spot might have to be Taqueria Los Anayas in Mid City, really delicious Mexican food and they have this super-special hot sauce. I’m all about the sauce. I used to live nearby and would go there super regularly sometimes just to get the sauce. But man I love all types of food, and I’m really not picky at all, I think that’s partly because I’m Chinese and we’ll try anything (laughs).

You’ve got me hungry! Let’s go back to the music talking. How did you first discover electronic music?

I listened to all types of music growing up — indie rock, post rock, hardcore — and a lot of instrumental music. I would be hearing stuff and be like “whoa, how did this band make this sound?” and realized they were using some piece of electronic equipment. Then I discovered electronic music like Aphex Twin and early Warp stuff.

I remember when I came across this one Music Guide webpage on dial-up internet that’s still around today, I love how it still has that Geocities look. This should be my homepage.

Also, I had a music theory professor in high school, Mr. Rust, who taught me about minimalism and early electro acoustic composers such as Steve Reich and Schoenberg. As a kid, when you’re introduced to that, it really changes your perception on what music and sound can be. From there, I started to deeply explore the rich history of electronic music from Detroit techno but even further back to early electronic music from composers in academia like Max Matthews and Pierre Schaeffer. Recently I had the opportunity to open up for Suzanne Ciani, who was screening a documentary about her career. It was a really amazing opportunity to be able to pay tribute to such a pioneering figure in electronic music. 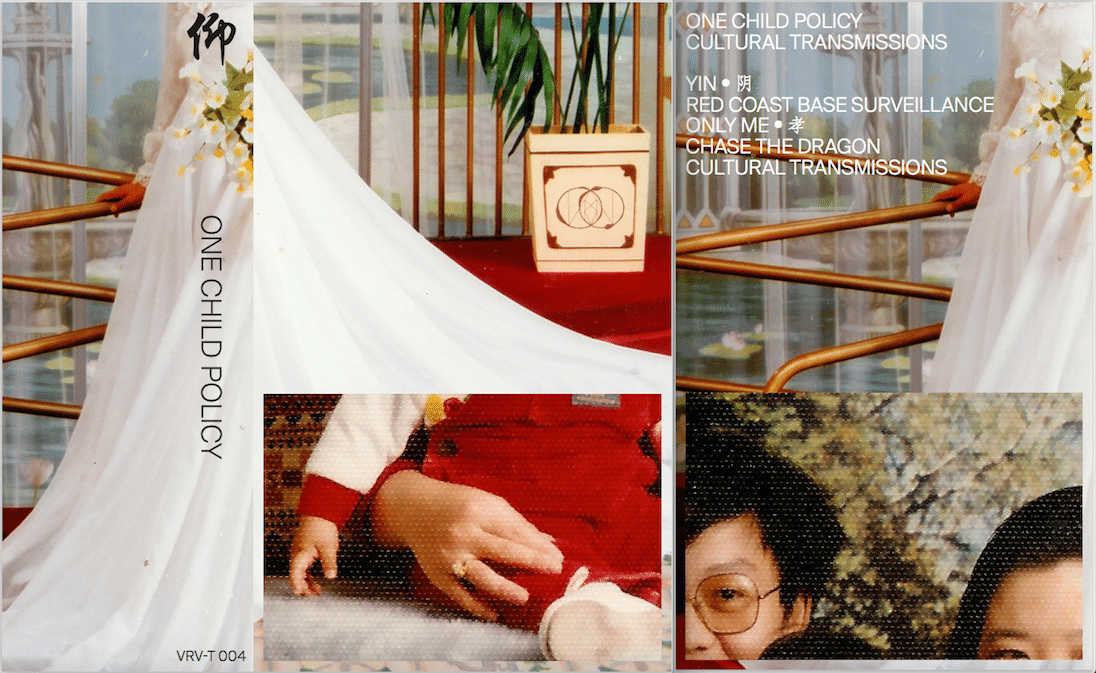 At some point you decided to pursue this passion as an artist. I beg your pardon for what may seem like “the” stereotypical question but was this an issue with your family?

I’m glad you asked. My parents aren’t exactly thrilled about my new career pursuits since I don’t make nearly as much money as I did as an electrical engineer, but I’m supporting myself, and I think it’s important for me to find meaning in the work that I do. I owe it to my parents for educating me. I wouldn’t be making this type of music if it weren’t for them. The way I approach music is so left- and right-brained, thanks to 10 years of piano training and a STEM background. I use all these unorthodox approaches to create trippy and beautiful soundscapes.

And my time at UCLA gave me a really broad background to draw from. I majored in Electrical Engineering but had diverse course load — from digital signal processing to filters and electronics, and even some classes in the film department in sound design and music. After I graduated, I took on an engineering job but lost interest in it. Now I focus more on musical pursuits — whether that be sound design, recording engineer, music for film and TV, or this project.

Was it always your vision to fuse electronic music with your Asian roots?

I want to say out of respect for my Chinese brothers and sisters that this project is about exploring my parent’s struggles and my story as a Chinese American through the punk lens of techno. I was always inspired by techno pioneers like Drexciya, Underground Resistance, and even punk pioneers like the Gang of Four.

In the course of starting the project I’ve spent more time reading about Asian American narratives and reconnecting with my Chinese heritage than ever before.

What’s your goal with the project?

Sonically, I want to make beautiful and tripped-out electronic music that I’m proud of. I want to keep pushing the boundaries of what I can do sonically as an electronic musician. There’s so much you can convey with sound. Electronic music is truly an art that can take the mind to new worlds.

Visually, I’m beginning to work with artists to come up with some form of an audio-visual show and also to start releasing video art shorts that coincide with themes in my work. I’m working with Miko Revereza, who I really respect as a video artist, and some friends over at Folder Studio! Shout out to them, they just worked on a great docu-series that details the narrative of the K-town riots during the ‘90s from the Korean perspective.

Thank you for the premiere, by the way. Can you tell us what kind of setting you best envision these tracks being listened to?

I think this EP is meant not only for clubs but also for headphone listeners at home. It’s heady and moody and I tried to tell a story through sound design.

Electronic music is really cerebral for me. I usually like to listen in my car or maybe go on a walk at night and listen to a record by myself with headphones. The EP definitely has a yin-and-yang vibe, some darker tracks mixed along with some brighter tracks. It’s a great sampler of what’s to come from One Child Policy.