Q&A: Martinez Talks About His Chicago Connection Ahead of Spybar Gig 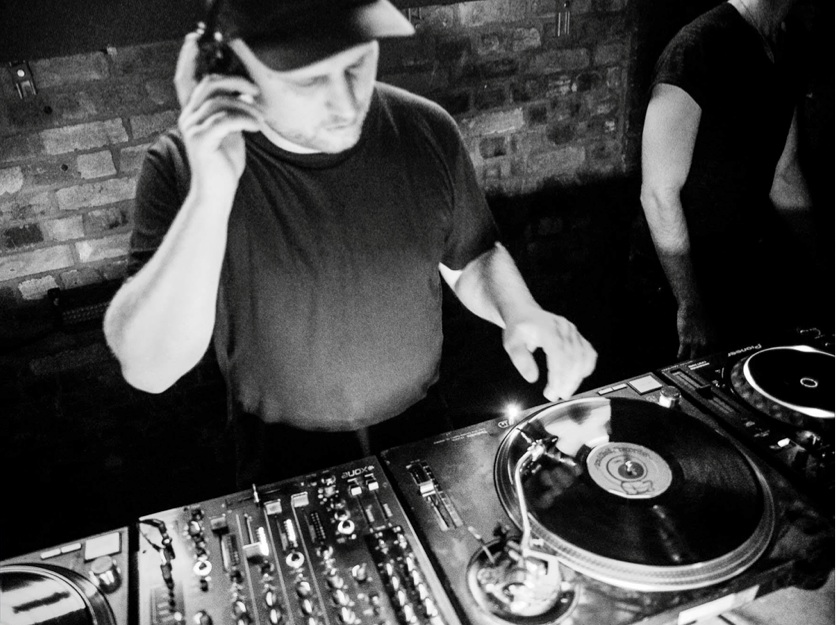 Q&A: Martinez Talks About His Chicago Connection Ahead of Spybar Gig

Scandinavian by birth and residence, Martin Swanstein discovered house and techno at an early age while living in southernmost part of Sweden where he was born and raised. Martinez, as he is known in the underground dance music world, has since moved to Denmark, all the while continuously exploring and developing his sound throughout the years.

Martinez has remained active in the studio since, churning out releases that gained the support of respected artists the likes of Richie Hawtin, Ricardo Villalobos, Sven Väth, Loco Dice and Miss Kittin. His productions carry the stamp of approval of labels such as his own Concealed Sounds, Minibar, Lomidhigh, Aeternum, NervMusic, Cadenza, Oslo, Memoria and Tied, just to name a few.

It is precisely Tied that is bringing Martinez back to Chicago this coming Friday for a label take-over at Spybar, one of the city’s most coveted underground dance music venues. We had the opportunity to chat a little with him ahead of the show to explore his connection with Chicago and more.

You are back in the States already and hitting up quite a few cities this time around. How was the Art Basel gig at Treehouse?

Yes, I’m back for a 3 week tour this time around, and include cities such as St. Louis and San Diego for the first time. It was very nice in Miami like always! Had fun playing a nearly three hour closing set that night, along side other great talent. It was my first time there during Art Basel, which added some extra vibe to the whole thing.

We have you in Chicago this upcoming Friday alongside Clovis for the Tied party. This isn’t your first time playing for the Tied crew, how did your relationship with them start?

In January 2015, Dino (from Spybar) booked me for this awesome party which he did at a rug store here in Chicago. It was quite a unique vibe that I hadn’t really experienced before in the US! The Tied guys were playing before me that night,  so that is how I initially met them. I really liked how they played, their music selection and their flow. They had a good vibe and we instantly connected both musically and personally. I made a remix for the first release on their label, and I played for one of their warehouse parties back in April. So, I couldn’t be happier about this Friday as it all comes together full circle again!

What do you look forward to the most when playing Spybar?

The vibe and sound system, first and foremost!

Do you have any favorite Chicago spots?

Many, but I love going to Gramaphone Records for crate digging. Such a proper record store, few of them left these days.

Your sound has evolved throughout the years, a natural progression for any artist who works to explore their ever-changing feelings, thoughts and emotions through music. Can you tell us a little about what inspires Martinez’s music today?

I always love to have a certain level of deepness, moodiness and hypnotic “astro-spaced out” sound to my music. So those things inspire me. I guess everything around me inspires me, for good or bad. It doesn’t come from one specific place. I feel that I make the best music when I just disconnect and let go of any idea of control, so the music and ideas can float freely. 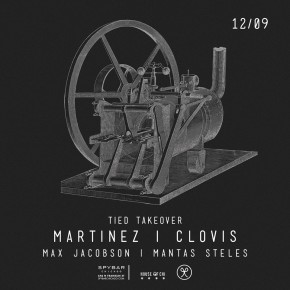 I enjoyed your Abstractions EP on Subsequent, which just came out this past November. Do you have any more music releases lined up in the coming months?

Yes, there is quite a lot in the pipeline. I have a 2×12” mini-album, called Super Phiction coming out on my label Concealed Sounds in January/February 2017, and there is also a 12” on Berlin based imprint Hello?Repeat! in the making, which will be out later in 2017. Quite a bunch of remixes on the way as well…

Catch Martinez playing at Spybar this coming Friday 9th of December alongside Clovis, Max Jacobson and Mantas Steles. Head to the Official Facebook Event for all information and ensure you RSVP on Ticketfly for FREE entry.