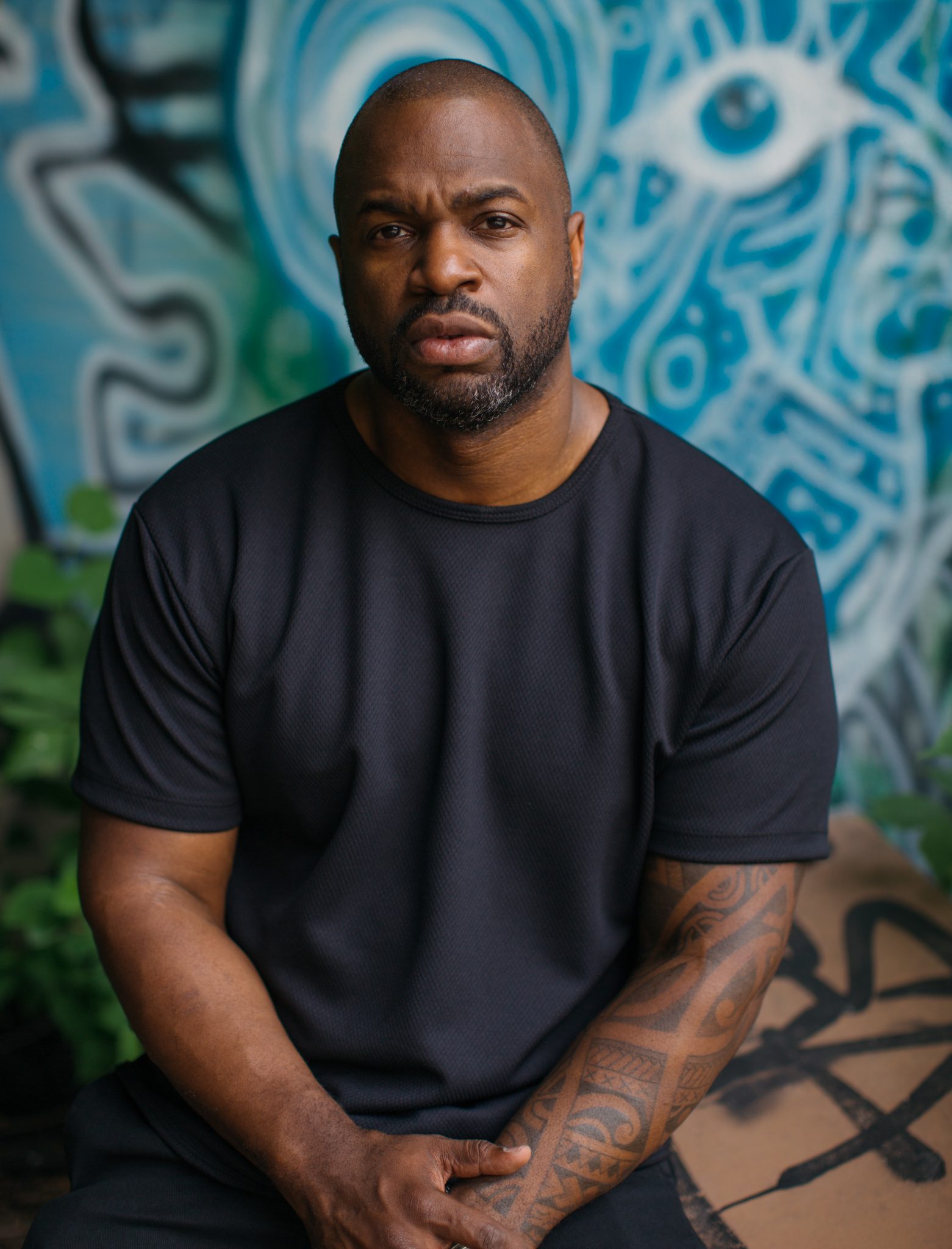 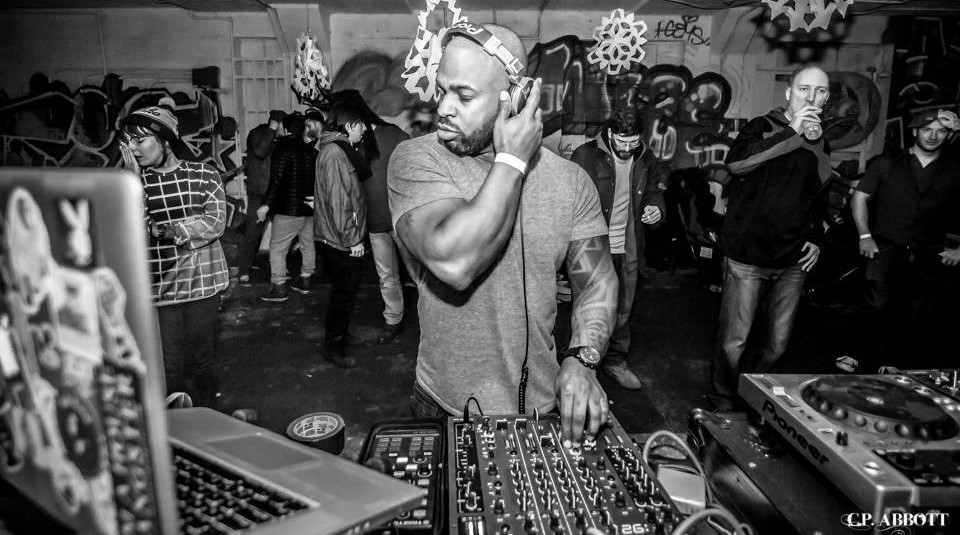 Demuir has been causing a buzz both sides of the pond with his fresh Jackin’ House grooves from which he is rapidly carving himself a huge reputation when it comes to creating quality House Music. As his new TruSkool album drops on DJ Sneak’s Magnentic Recordings, we check in with the head bobbin’ Canadian to find out more.

Some people say you’re the new top dog of Jackin’ House and you have quickly grown a worldwide fan base as a result, does that put you under a different pressure to perform and deliver, or are you comfortable just going at your own pace?

That’s a huge compliment because I see Jackin’ House as one of the most fun and exciting genres of music in the underground scene – when done properly. I never would have thought the inspirational things that invade my mind and then laid down in my studio would cause such a stir. I’m truly grateful for it.

I don’t feel any pressure in anyway because I feel that everyone has their own thing that they can tap into. And if you can get people to connect with your music when it’s honest and not based on some prescribed formula, you are destined to leave a positive mark. That’s what drives me. I’m lucky that I get bored easily and search out new things to only couple them with the things I love. Jackin’ House is just one of those avenues.

What made you decide Jackin’ House was your jam? Have you experimented much with other genres?

I love the presence of samples and intelligent snare work in Jackin’. These are what attracted me the most to the genre and, like instruments, certain things just choose you. Top 10 charts do not always reflect this unfortunately, you’ll have to dig a little to find that sound because some people have become lazy in their production and use sample packs over and over again to the point where I can be a human “Shazam” or “Soundhound” to tell you where it’s from. The Jackin’ I subscribed to respects the roots where guys like Stacy Kidd, Sneak, and Derrick Carter dug for that drum break, chopped, and tweaked it to fit the sample they were working with. That’s my jam right there!

I grew up in a musical home and was exposed to a lot of different music from Classical to Soul. My dad had me rooted in Jazz, but my mom’s freeness encouraged me to do different things. So I have always experimented with other genres like Jazz, Hip Hop, Samba, Techno, and Tech House, which I produce today.

Your album TruSkool is landing on Dj Sneak’s Magnetic Recordings this week — what is the story behind the name?

I wanted to present an album that disengaged from certain schools of thought being positioned as the end all and be all when it comes to underground music. I grew so tired of hearing, ‘…just another old school dude trying to stay relevant…’ when a certain DJ/producer had an opinion on something. This amazed me because if people stopped to think and remember this ‘Old School’ guy/gal had a strong hand in developing the music and culture we enjoy today, the outcome would be much more progressive.

Conversely, I also saw opportunity in conversations where people would dismiss ‘Nu School’ factions as not knowing enough because of their age when, in reality, that is not necessarily true because information is widely available and accessible within seconds. Also supported by the fact, technology is introducing new ways to get things done.

So with that, TruSkool is a thought that both ‘Old School’ and ‘NuSchool’ factions can learn from one another to progress our music. House music parties in its inception embraced all kinds of people and the connection was always grounded in progress. These points and what I described above served as a catalyst to introduce my production in other genres. Tracks like, ‘Call of Da Sound’, demonstrate what I have learned in house music and how I have then interpreted those learnings in Tech House. It’s soulful, tech based, percussive, and progressive.

TruSkool is a state of mind.

Tell us about TruSkool, its sound and what you set out to achieve with creating the album. Are you happy with the results?

Hector Romero summarized it this way, “Old School with a proper contemporary feel,” which was exactly what I was going for so I’m very happy with the results and people’s reception of the album.

Your productions, we understand, generally have a significant story and meaning behind them. Which is the best one you can share with us from the album?

They often do. Kanye West once said, “Music is the soundtrack of our lives,” and it captures moments we experience. He could not be more accurate. A track that represents this for me is “Coward in Aries”, which tells the story of me discovering who a person truly was when their back was against the wall. So steeped in and frozen in their own fears that they project it on to the people they say they care about and respect. However, when I called them out on it, they cowered. It’s unfortunate they occupy the space of Aries, but it made a great song title. I love the people I have encountered in the sign in general. This is an unfortunate case. The track describes my disdain and calls for the person to “Cue and Walk” throughout the track with the acid sound and raw drum capturing the emotion. I was lucky when I discovered my TB-3 was sending midi notes of the acid line I wrote, which triggered a bass sound furthering the depth of the beat. The individual in question also had a liking to reggae – hence the use of the raggae vocals from Horseman.

Surprisingly, this captured an immediate response from Darius Syrossian when I posted a snippet of it and is a noted favorite of Nathan Barato.

How important is sampling in your productions and how do you go about sourcing material?

Sampling is very important to me because you learn things about production and music at the same time and it just sounds dope! The sample for ‘Call of Da Sound’ came from my friend Aki who owns Cosmos Records here in Toronto and in London (Editor’s Note: in the UK)… I can’t thank that guy enough for introducing me to incredible music.

I usually go digging for records each week to source material from various record stores, friends, and private sales.

What piece of studio kit is essential to Demuir’s sound and what’s your most annoying studio habit?

I have to go with my UAD Apollo 8 Quad on this one. They’ve done a superb job at giving that analogue feel that I like with some inventive plug-ins that simulate hardware I used long ago. I do find it annoying that I fall asleep in my studio chair sometimes because I lose track of time and have this internal dialogue to just keep working. I’ve awakened to a few sore neck episodes. (laughs)

What do you prefer the most about your job: making productions or DJing to the crowd, and why?

This is tough. I truly enjoy both. The creative process and being in the studio excites me because you just don’t know what will come out. It’s the exact same feeling I get with DJ’ing as well. The crowd and vibe can take you on journeys you never anticipated.

A Guy Called Gerald’s,“In The Beginning” for its freshness and perspective on Acid House.

What have been your best gigs this year so far?

I had a great time at Memetic Festival back in August playing the main stage. People really appreciated the house vibes!

How did you hook up with DJ Sneak and will we ever see you make a track together?

Sneak reached out to me on Facebook after I heard him banging out ‘5 is 9’, which was a track I had released on Mark Farina’s GLA label and found out Mark had shared the track. Sneak and I chatted on the phone and discovered I only lived minutes away from his home in Toronto and we just took it from there. We have already collaborated on about 4 tracks and one of those will definitely be released in the new year.

Looking back, what piece of precious advice would you give to yourself when you were first starting out as a musician?

I always thought the advice of staying focused on your own grind and not getting caught up was predictable and easy, but having experienced some things in this game, I can appreciate the value of it. This is especially useful in managing today’s climate of social media.

We hear you’re heading to Europe soon, which countries are you hitting and what are you up to whilst you’re over there?

I’ll be in Amsterdam for ADE later this month and may do a stop in the London to record dig and hang out for a few. We have secured booking representation for North America and steadily closing in on opportunities for Europe.

What can we look forward to next from you?

Very exciting things coming later this year and into 2017 ranging from a mix of high profile collaborations with more tech and deep soulful house project. In particular, I have a afro/deep house release on Osunlade’s Yoruba record which I’m especially excited because it will be on vinyl only with digital release of the remixes later on. I plan to be in Europe a lot more in 2017 as well. Stay tuned!