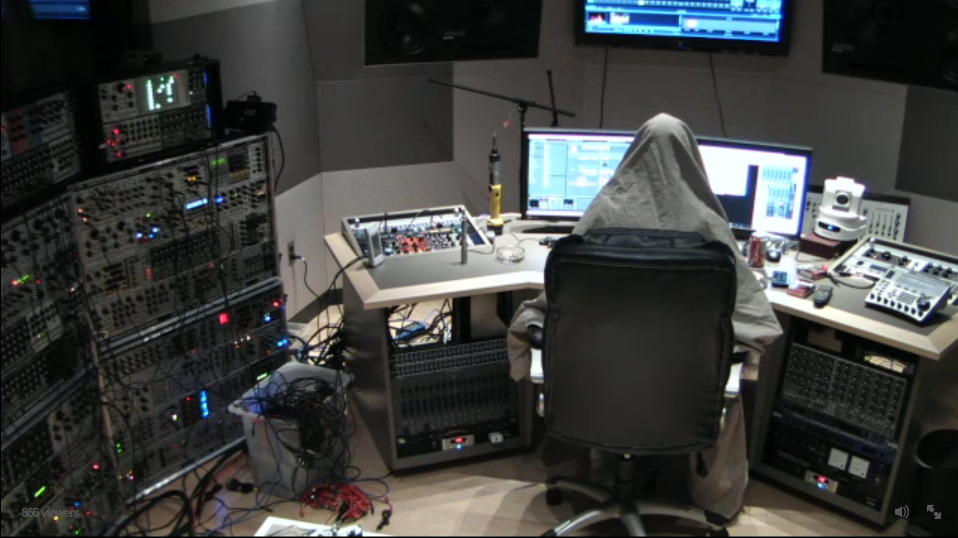 The subject of ghost production has been a controversial one for years now. With electronic dance music reaching the mainstream over the past six to seven years, there have been plenty of tales of internationally-known artists using ghost producers to release music under their own name.

It took a few years, however, before industry professionals began to really talk about it. It was certainly hinted at before 2013/2014 but artists weren’t coming out admitting to using ghost producers or being ghost producers themselves. Since, things have changed, with established artists calling out those who bought their music careers and some openly admitting to using ghost producers to kickstart or prop up their careers. In the past, Hardwell, Dirtycaps, Ashley Wallbridge and Maceo Plex, just to name a few, all admitted to being paid to ghost produce for others. More recently, Funkagenda took to Facebook to openly sell services among  which “ghost producing” was featured prominently to the ire and surprise of some of his fans.

This past week we had the chance to talk with a ghost producer to dive into the exact mechanics and mindset that drive a producer to offer such services. Have you ever wondered why a ghost producer would rather be paid a smaller amount of money to make a track for someone else than become a millionaire world-touring DJ with that same hit release? Find the answers to that question and many more below!

For starters, can you please tell us a little about yourself?

I’m a DJ and producer from Girona, Spain! I’ve worked under different names making and experiencing with all kinds of music for many years. “Scoom Legacy” is the end result of a mix of my experiences over the years.

When did you start producing or working in music?

My first real experience as a DJ was in 1995, I gradually started to learn more and more and decided to start creating music in 2000, but it was never something which I took all that seriously as a full time career until about 2010.

Can you share with us some projects that you’ve worked on in the past?

My last project was called “One D” released on labels like Sincopat or Natura Sonoris, as well as “Onedbshon”. I made some video soundtracks such as Fixed Gear Girona, alongside some work for artists Pedro Marin, Ignatius, and more.

Do you feel there’s a major difference in creativity when ghost producing or mixing down tracks for others as opposed to working on your own material?

In fact, I don’t feel there is really much difference at all in your creativity because you put your ideas and emotions in every project you complete, no matter who it is for. However it is important to know what and how your partner/artist/customer wants – you need to be able to adapt in that sense.

In what ways would your process be different?

I study what kind of sounds I need to complete the project requested by a client, along with trying different plug-ins depending on the track of course. I do not think the process is really different however I wouldn’t be making a track for me, or a label – so you have to keep that in mind and not make it personal.

Would you say you work very structured or experimental?

Always experimental with some, but clearly I need to have some sort of structured method in place to finish the work.

Are there certain things you would do in your own tracks that you wouldn’t when working with someone else? Or vice versa?

I put all my energy in every track and process if it’s mine or not. The EQ process is quite different- depends on whether the track must have a commercial or underground sound. I tend to create more experimental and “risky” sounds for my own tracks.

Are there times where you get attached to a track you’re working on for someone else, and think, “I wish I was releasing this one?”

Hahaha yeah, sometimes but then I think: if you have created this for other person and they love it, you can always make a better one for yourself! It’s a huge motivator.

In regards to ghost producing, what are some of the challenges you encounter?

The deadline! Usually it’s quite short and urgent. Sometimes you have to work with new music which you are not always familiar with the details of the tracks and production used, which means you’ll need more time than they sometimes give you!

On the contrary, what aspects of ghost producing are attractive for you?

You can learn a lot of new and creative tricks, different ways to make something, discover new plugs etc etc. Ghost producing pushes you to reinvent yourself and gives you the power to try new things.

It seems as if there would be some creative insight from the commissioning artist during a ghost writing project. Where would one draw the line between ghost producing and collaboration?

Most of the time the artist needs to express himself, they might have some ideas but they don’t know how apply them successfully into a track. Maybe it’s that they don’t have the time to learn or don’t have the production skills – but then this is where it becomes a service that you can offer to those clients. This is where you would draw the line between collaboration and ghost writing.

Out of curiosity, we’d really like to ask and understand this about ghost producing. If someone is paying you to make tracks where they will seemingly profit from in music sales, touring, etc, why wouldn’t ghost writers do the same for themselves or their own career?

Ghost producers are people who love to make music, and usually they prefer to work from the studio, because maybe they have a family and would rather stay at home with them. I know that in some cases the producer doesn’t like to travel around or play in front of a large crowd at club or festival. Not everyone wants to be a famous artist…

Further, how would you respond to criticisms regarding artists who use ghost writers? It obviously keeps people/ghost producers in business, but just curious to hear what type of things you’ve heard in passing regarding the topic.

If you want to become a recognized artist for your music… YOU make the music! If the magic is there, it’s there! If you prefer to pay for someone to write for you for a number of reasons then that’s your choice, but you have to be honest with yourself. It’s so hard to find your place in the music industry. If the “playback” producers want a place there, they have to find the right journey to get there. Which is different for everyone.

It’s to our understanding that you’ve worked with artists such as Henry Saiz and Dosem – both very talented artists in their own right.

How did you start working with them? And can you elaborate on your experiences with them?

I met Henry one Sonar Festival and he listened to my tracks – a year later back at Sonar he offered me a remix of one of the tracks on his new album for Natura Sonoris. I couldn’t believe it! From then on we have stayed in touch. I love his work.

Dosem is also a good friend of mine which in turn bought us to make music together. He was one of the people who believed in me, and he has always been there for me, both in and outside of the music world. We launched an EP for his old label “Soundface” which has great feedback and we also played together a few times.