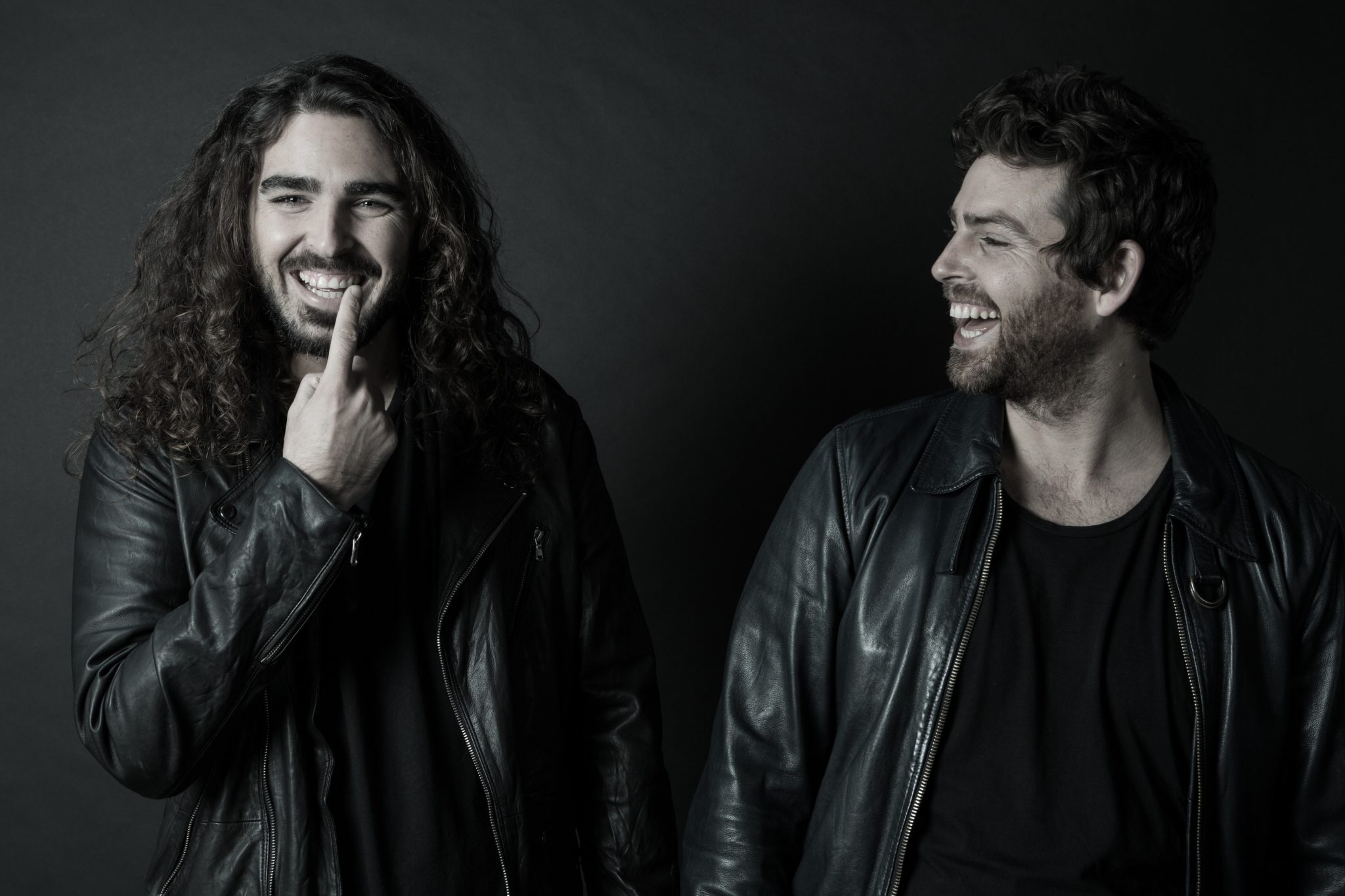 It’s been a fantastic 2017 for Ibizan DJ and production duo Mambo Brothers. They have just released their new single “Control” which has been one of Pete Tong’s biggest tracks of the week on BBC Radio 1 and are coming off their first ever residency at the newly-opened Hï Ibiza.

For those not in the know, Christian and Alan Anadon, better known as the Mambo Brothers, were raised in the clubbing utopia of Ibiza. As the sons of the founders of Cafe Mambo, they were exposed to some of the best DJs in the world from an early age as they soundtracked the iconic sunset spot. They started their journey DJing at Café Mambo’s sister bar Savannah, warming up for legends like Roger Sanchez and Carl Cox, later going on to share the decks with more of the biggest names in electronic music when they “upgraded” to the world-famous Café Mambo decks. As producers they have enjoyed successful releases on Toolroom Records, Armada Subjekt and Saved Records, just to name a few, receiving the deserved respect of taste-making heavyweights Pete Tong, Annie Mac, MistaJam and Danny Howard.

To top it off their year they now join the Global Vibe Radio family with a special one-hour mix, and sat down with us to talk all things Ibiza as well as their single “Control” which is available for order here.

Hi guys, thank you for the mix! It’s a pleasure to have you on our show, especially as I got to see you play at Cafe Mambo a few years ago. Always a blast!

Did you put the mix together on the island? Anything in particular you wanted to achieve with how you put this together and the tracks you selected?

Yes, it was recorded in Ibiza, in our studio above Mambo… so we can’t really can’t complain with the views! (laughs) We were raving in the studio as if it was summer time at 4am! It’s been really fun…

How is winter in Ibiza right now?

Ibiza is a very special place all year round, we all know about the summer times but the winter months are so special as well! The weather has been amazing all the way up to mid December and we do occasionally get some rain but other than that it’s perfect for hiking and really discovering the island! We’ve been living here all our lives and we still find new spots! How cool is that?

For us winter is so nice, it’s good for recovering and doing sports, healthier living, making music and preparing for the next big summer season with Cafe Mambo and all of our other family businesses! Plus, getting out there and touring for a few dates gives us the perfect balance!

What are some of the things locals do during this time period?

Life is pretty laid back on the island right now, quite different to the rhythm of the summer. It’s a good time to meet friends you might not have seen in a while and catch up at the local cafes. But we also make a point of heading outdoors regularly for cycling, hiking, as well as hitting the gym and cooking good food at home. We really try to be healthy when we can!

Other than Cafe Mambo, of course, what are your go-to spots on the island?

Hostal La Torre, which is open all year round, is a small boutique hotel that has an amazing restaurant with superb food & wine and is also a stunning place for sunset. It’s a bit of a hidden gem, just 5 minutes from San Antonio, a magic place in fact!
In Ibiza town we often go to La Cava in the centre of the town, another great place for meeting your mates over a drink. We’re loving the wine list over there!

You were born and raised on the island. Do you ever see yourself leaving?

Not at all! We are so lucky that we travel abroad often to DJ and get to check out other cities and see everyone so we don’t ever feel the need to leave the island 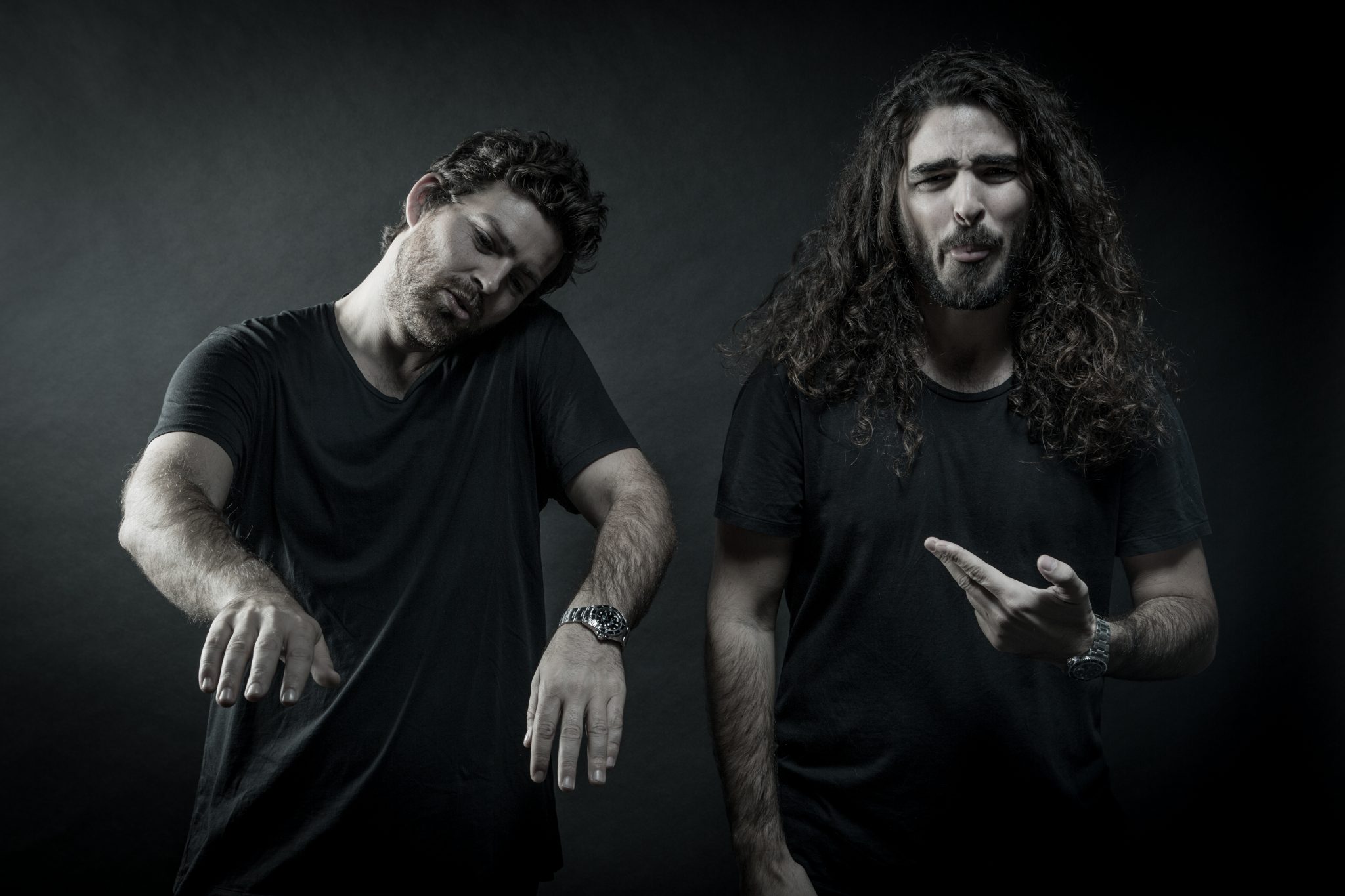 The island has gone through tremendous changes over the last decade. What is your view on how things have evolved and the VIP Life many seem to feel has been responsible for this?

The Ibiza VIP life is not for us but Ibiza has always really been a place for everyone. The rich and wealthy have been coming to Ibiza for many decades… this isn’t something new. We mustn’t forget that there are still plenty of amazing spots here and a certain magic and charm that you just don’t find elsewhere. We don’t feel the island will ever lose that special essence and it will always welcome everyone… that’s the magic of Ibiza!

How about with regards to local officials? Is there a feeling that electronic music and the parties that feature it aren’t being appreciated as they used to be?

I think they are very conscious of the electronic music scene here, and they take care of it, but at the same time they also have to make sure there is a balance for the local people living here, so sometimes that means new laws etc.
We’ve been very fortunate to be at the top of the game in dance music since day one, so I can appreciate that our officials may now be trying to look for new opportunities for the island as well other music styles like Jazz, Rock, Indie. All of this will bring different new audiences here, not just the club kids which we of course love!

One of the biggest change in Ibiza has been the ending of Space and launch of Hï, where you held a residency! How was that for you guys this season?

It’s was amazing! A year to remember to be honest. We’re the first born Ibiza DJs to land a residency in a super club in Ibiza… it’s a real honor for us!

How did you first residency go? What did you enjoy the most about curating your own night?

It was a very positive experience, Hï is an amazing venue and we enjoyed every single minute playing there with some of our friend like Danny Howard, Felix da Housecat, Idris Elba, Doorly… every week was superb! The Monday hangovers were not! (laughs)

Let’s talk about Cafe Mambo. Who are some of your favourite acts you’ve shared the Mambo decks with?

A difficult one! So many great moments in mambo with so many year of great DJs. There’s too many to mention only a few really but Pete Tong is always great, Roger Sanchez’s 4-deck performances are just something else, Fridays last summer last with Hot Since 82 were been amazing and Marting Solveig always brings so much happiness with him! We could go on for ever… 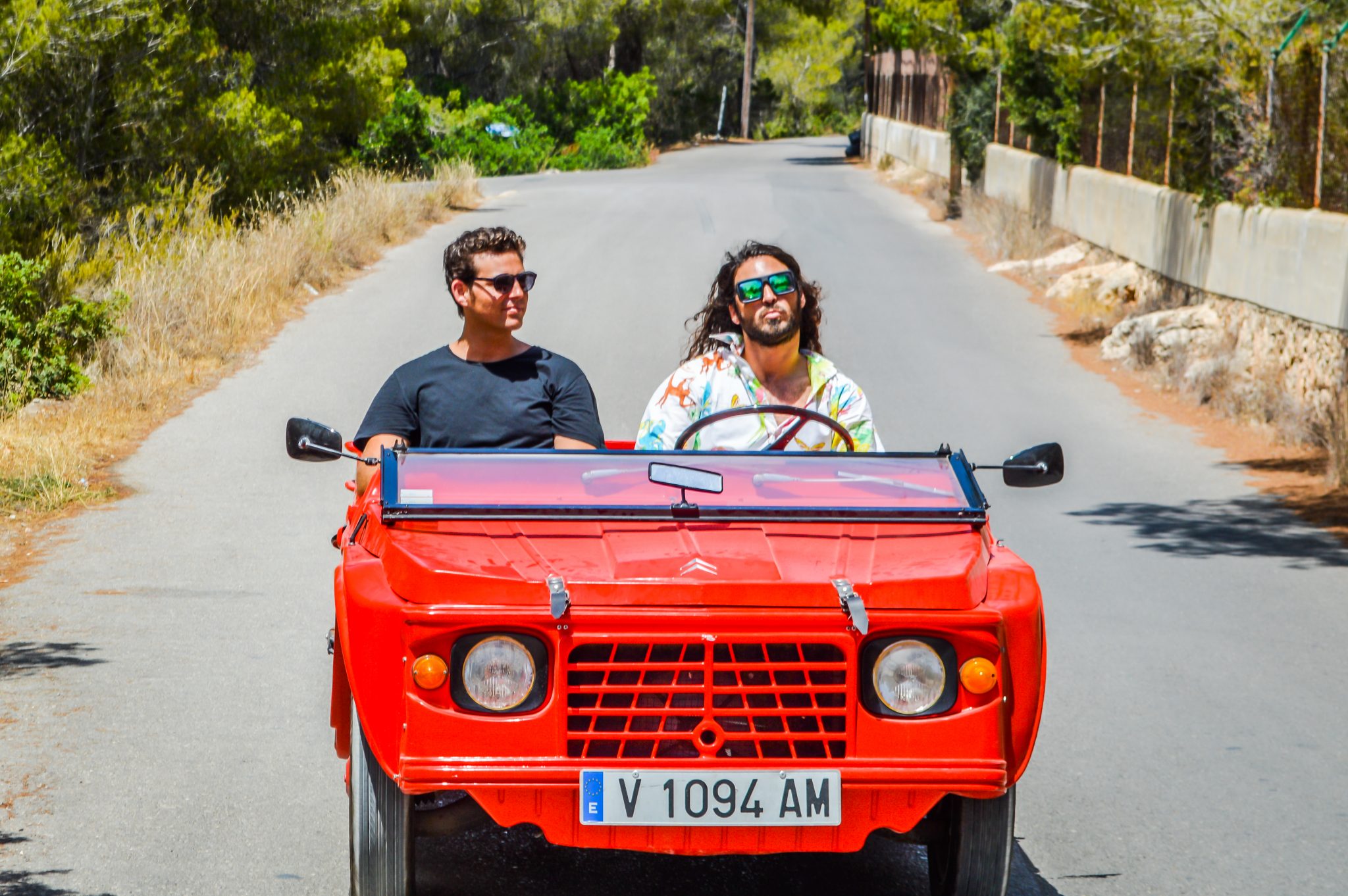 The place is undoubtedly special, as everyone around the world knows. But if you were to describe WHY it is special to someone who hasn’t been what would you tell them?

The vibes are indescribable, the emotions from the music played at sunset and the moment the first beat that comes in after the sun disappearing is like a roller-coaster of great feelings. Imagine you are on holiday with a strawberry daiquiri in hand and you’re listening to Pavarotti’s “Nenssun Dorma” watching one of the most incredible sunsets in the world, the hairs on the back of your neck are sticking up while 25,000 people along the sunset strip are all clapping in unison just as that sun finally sinks. Then all of a sudden the DJ drops the first beat and the Ibiza night kicks off.

It’s a timeless experience and it’s why people have been coming back to us time and time again for the past 23 years.

Your single “Control” has been making waves and is coming out on the 11th! What inspired the track?

The inspiration as in most of our tracks, comes from Ibiza, we just love that Balearic feeling!

Can you tell us a little about the production process for it and at what point you KNEW it was ready and complete?

Well we are never too good at saying when a track of ours is finished, we have to test it and play it out a few times to check all the elements. The process it’s always kind of the same, just try to get a groove that makes you move and let it go!

What are you guys doing this NYE?

We will be playing in Manchester, at Lazy Lizard, it’s a new venue that just opened a couple of weeks ago with Erik Morillo and they’ve also got plenty of other cool names on their calendar so far like Ben Pearce, Danny Howard, Kenny Dope.

Any goals for 2018 you’re looking to achieve?