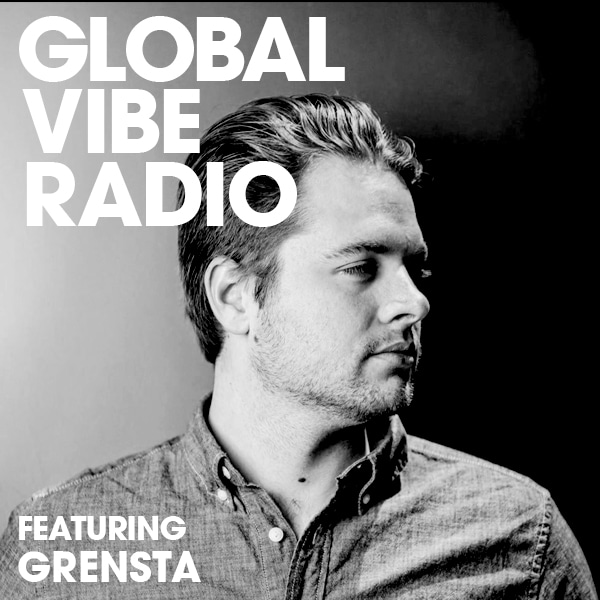 This Thanksgiving we travel to the San Francisco Bay area for our weekly appointment with Global Vibe Radio. Our guest is Grensta, a young artist catapulted to the scene after winning Insomniac’s Discovery Project, with personal music releases since on labels such as Psycho Disco, Perfect Driver, Nite Records and Sleazy G.

Listen to the mix below, download it for FREE here and read on for our interview with Grensta and full track listing at the end of the article.

Hi, thank you for the one-hour of music you’ve gifted us. What was your goal with the mix and the tracks you selected?

I wanted to gather some different styles I am feeling and I wanted to showcase what is influencing my own production. I am evolving towards more of a lo-fi techy underground sound while still maintaining that heavy bass in my tracks and I feel like this mix goes from lo-fi, to tech, to Psycho Disco vibes throughout.

I know Winning Discovery Project: Beyond Wonderland 2015 was an important moment for your career. What are some take-away lessons you learned from that experience that you can share with other up-and-coming artists?

I can’t put the surreal feeling I had when I won into words and to be honest, saying ‘it was awesome’ would be an understatement. It was a very important moment in my career and it showed me that hard work in the studio pays off. Stay true to yourself and don’t try and fit the mold. Things will work out.

Your sound has changed over the years, but remains bass heavy still to this day. If you had to describe what you produce and play in a sentence, what would you say?

Let’s talk about the past year… any professional highlights you can share with us?

Playing around the country and releasing two EPs on Psycho Disco and Anabatic was a big professional highlight. I wrote down the goal of releasing EP’s on both of those labels and to physically cross those off felt big. Playing in Detroit was also a highlight for me; I love the energy of that city.

How about personally, what’s the coolest thing you did this year?

Define “cool” (laughs). The coolest thing I did this year was losing about 25lbs. I am kind of a bulky guy and weight has always been sort of an issue for me. Beginning in January I decided it was time to put in the extra effort and dedicate myself to the gym at least 5 days a week and start to diet. Around August I cut carbs out of my diet and that is when the real results started to kick in. I am feeling a hell of a lot better.

That’s awesome! The San Francisco Bay Area is home for you right? Where do you party if you’re not playing out yourself?

You can find me at Audio, Monarch, or Halcyon if I am out vibing to house music. If it’s just a night out having beers with friends, any place that has craft beer is near some late-night food is where you’ll find me… preferably the mission (laughs).

What are your top 3 food spots in the city?

If you have a spare afternoon what kind of things can we find you doing that aren’t music related?

I feel like every day is music related (laughs). If I’m not digging in the crates or messing around on the MPC I like keeping it low key, hanging with friends and family, playing video games with my buddy who lives in Texas, or just trying new food spots and being in nature.

Are you a sports fan? What teams do you root for?

What’s your take on the current political climate in the States and how the argument has entered the realm of sports with players protesting by not standing during the National Anthem?

I don’t think we should continue to waste our energy tripping over taking a knee during the National Anthem. The first Amendment is a double-edged sword. Regardless of your opinion, protesting and standing up (or sitting down) for your beliefs is what makes us truly American. I also believe we need to learn how to communicate with each other again and realize that there are more things that unite us than divide us.

If you could travel and play a gig anywhere in the world, where would it be?

It would have to be Tokyo, Japan. I have always wanted to go to Japan and playing music there would be a dream come true. The culture, the food, I’m all about it.

So many homies but I gotta shout out to.  The Psycho Disco Crew (Treasure Fingers, Codes, Option4, Hunter Reid, E.R.N.E.S.T.O, Mkjay, Sly Turner, Steve Darko, Chick Iverson) and homies from the Room Temp Crew (Fritz Carlton, Lubelski, Ghostea, Elevator Musik, Rybo). Plus other heavy hitters like Nick Siarom, Westend, and Kendoll. Sorry if I forgot anybody!

Name one key goal you want to achieve in the coming year!

Music as a full-time job. Lotta hard work to do until I get there!

Thank you and Happy Thanksgiving!