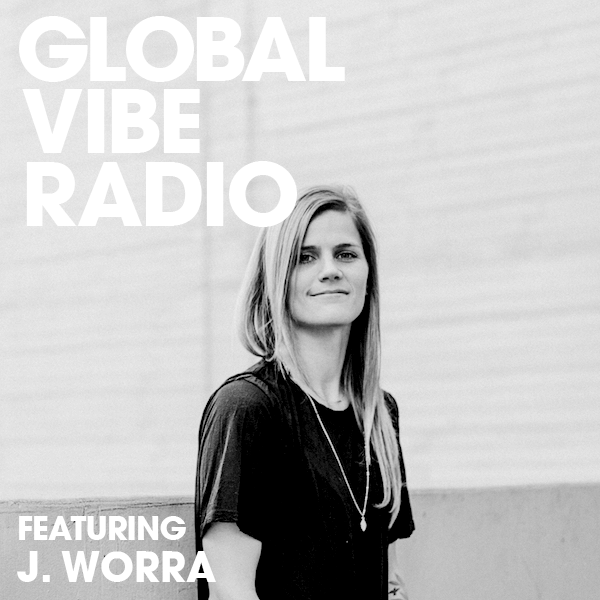 J.Worra has had tracks come out on labels such as Perfect Driver, Sweat It Out!, Sleazy G and Audiophile XXL, while her track “Baby’s Corner” made the cut for Golf Clap’s massive Country Club Disco compilation. In September of 2016 DJ Mag recognized her as a bubbling act to keep an eye (and ear) out for in 2017.

Enjoy her one-hour mix for 6AM and check out our interview with her below:

Hi Jamie, thanks for the mix! Where did you record it?

I recorded it from my studio! I always do live mixes and will go in and make adjustments here and there.

What was your thought process when selecting the tracks and piecing it together?

I have a handful of tracks from good friends that I have been playing out a ton lately so I wanted to include some of those and also some from my go-to artists. One thing I love about mixes is being able to showcase amazing music that people may hear on the dance floor but they aren’t really able to have that close listen and appreciate all the elements of the track.

Did you find anything in particular to be an inspiration for it?

I have been doing a lot of digging and organizing in preparation for a tour this Feb- March so you asked for a mix at the right time. I am always inspired and drawn to artists like Gene Farris and Green Velvet- it is the Chicago in me that I will never lose! I play some thing from the or their labels in every set and people always go nuts. 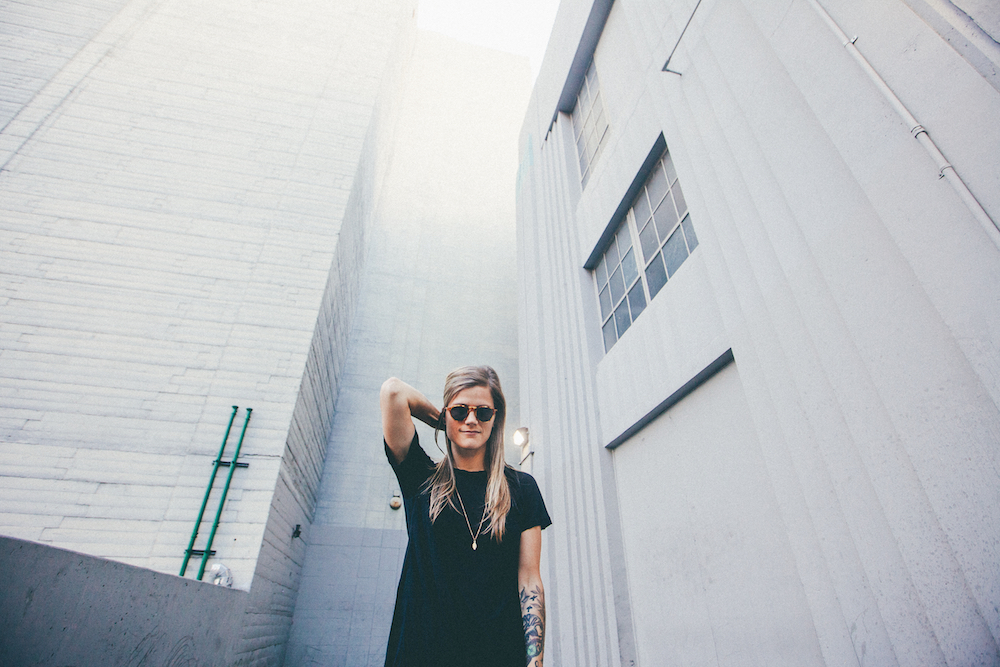 Can you tell us a little about some of the most important tracks you featured and why?

I have two unreleased tracks in the mix and one that just came out last week. One of the unreleased is a remix that will be out on Simma Black in March, and the one that just came out is called ‘Baby’s Corner’ and that one is available via Country Club Disco, Golf Claps label. To be honest I wasn’t sure what tracks would make this mix, I just made a big folder of tracks I am loving right now and they fit the vibe I was feeling.

You were recently featured by DJ Mag U.S. as one of the acts to watch for in 2017! How did it feel to receive that accolade?

I’m not really sure if there is ever a point where you aren’t a little caught off guard but the DJ Mag feature was big one for me. Seeing my name in print and having others say they believe in what I am doing just as much I do is amazing. I am thankful to have that exposure and promise to live up to that accolade.

It certainly looks like you’ve got a lot going on in the coming weeks, including gigs in San Fran and Seattle! Have you played in those cities before?

I have played San Fran, never Seattle. I went up to San Fran for the first time last summer and played a show with Jesse Perez at Harlot. I love the crowd up there, they immediately hit the dance floor! I also get to head back to my favorite place in Chicago- Spybar to play a show, and will be hitting Denver for the first time!

You’ve had a pretty busy few months in the studio, and have releases coming up on Simma Black, Country Club Disco and Perfect Driver. What can we expect from the music you’re getting out this year?

Expect weird and unique music. I am really pushing myself to show different sides of my sound and I have been building up my studio more than ever. I just started working with my first Moog which has been a blast.

What’s your dream goal as far as a label to release your music on?

I have always loved Perfect Driver and cannot wait to put more music out with them. Not only do I love the label, releases, and brand,  label boss, Matthew Anthony was the first person to ever invest and believe in me way back when.  Building off of that, my next big goal is This Ain’t Bristol. They always blow mind with the music they curate and release. I think Billy Kenny and Maximono have broken the mold with weirdo house music and I am working really hard to be part of something so amazing.

2016 saw our industry fight for the role of women to be recognized at the same level as that of men, something that has been lacking in our male-centered industry. Do you feel like we are making progress in that regard?

This subject is tough- I think we take a step forward, a step back, a few sideways, one forward. We make progress when we stand together and set good examples. Equality is more of a challenge now, not just in music but in everything, because we have a major problem running our country. Politics aside, the great thing I see happening right now is more women becoming interested in producing and more established women willing to help those who want to learn. I keep my head down, work my ass off, and help others who have the same passion. 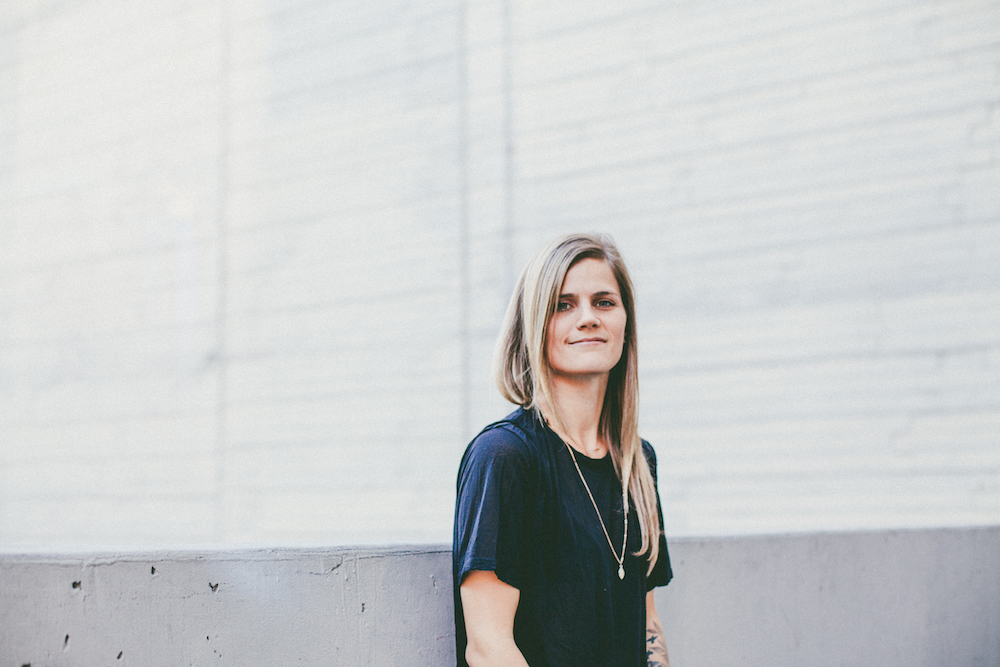 Who are some of your favorite producers at the moment?

Some of my favorites right now are Riva Starr, Josh Brown, Kyle Watson, and Gene Farris

You began your career in Chicago and then decided to move to Los Angeles. Why was that?

I love Chicago so much but I felt like I needed a change, like it was time for a new chapter- not just with music but a with life in general. The amount I have learned out here, the people I have met, and exposure I have received was so unexpected.

Do you feel being here, in LA, has helped you career-wise?

Being in LA has most definitely helped me. I have met some of my musical idols, I have made great friends who have helped me grow and evolve as an artist, and most importantly I have been in an environment that breeds creativity. Art is everywhere you turn in this city!

What’s your favorite secret spot in LA or surroundings?

My mind automatically goes to the topic of food- there is this little Italian tapas restaurant in Venice called Scopa- it is incredible.

Do you have any other special surprises you’re working for in 2017?

I have a few collaborations I am very excited to wrap up and push out this year. I know there will be surprises- and they will be for me and those who follow because you really never know what can happen. A year is a long time and the possibilities for growth are endless