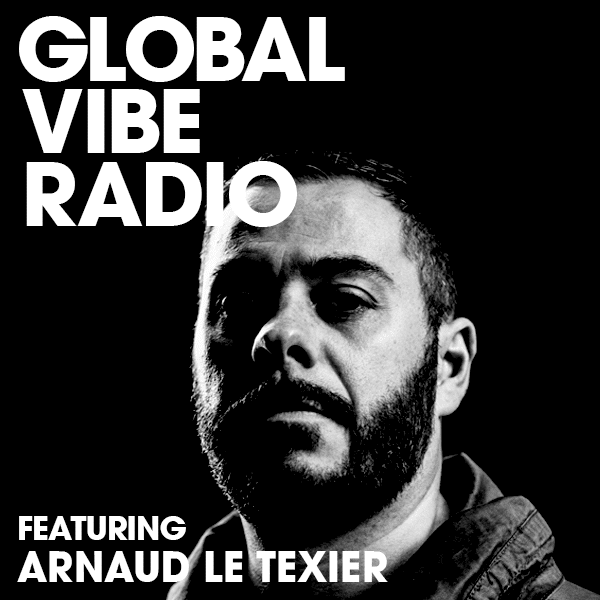 Our 200th Global Vibe Radio episode is spearheaded by London-based Arnaud Le Texier, well-known for running and releasing on the highly-revered Children of Tomorrow imprint, as well as for his other releases on labels such as Affin, Chronicles, Soma, Cocoon, and Safari Electronique, just to name a few.

Arnaud’s career dates back to 1990 when he began managing record shops and building what is now a huge archive of knowledge, taste and musical dedication to his name. His residency at Paris’s Queen and memorable sets around the world perfected Arnaud’s DJ skills, earning him his spot in the worldwide scene where he continues to this day to be a prominent figure. Since 2006 Arnaud lives in London where he has been a regular DJ at Fabric for the last 10+ years. In London, Arnaud runs Children Of Tomorrow since 2011, a label created by Emmanuel Ternois in 2008.

Arnaud is also producing with Antonio De Angelis under their Detect Audio’s alias.

We caught up with Arnaud Le Texier to learn more about what he is up to. Enjoy the read below as you listen to our 200th episode of Global Vibe Radio!

Hi Arnaud, thank you for the mix!

Thanks for inviting me!

Can you tell us where you recorded it and what the atmosphere and vibe was?

I’ve recorded it on Friday at home so just before the weekend and that’s why there is a club mood.

What do you hope listeners take away from listening to it?

I hope that they will feel to go to a party after it.

I’ve tried to recreate in a certain way what could be a set in club and also what is cool to listen at home. So that’s why it starts deep with a long ambient ending. There is a large range of techno from deep to hard, it could have been even harder or deeper if it was recorded in a club, it all depends what time you play and where etc…

It’s always hard to play at home when you are used to play in front of a crowd if you know what I mean.

Absolutely. You live in London now right? How long has it been that you’ve been there?

Can you tell us a little bit about where you were born and how it was growing up there?

I was born in Rennes (Bretagne) which is in the west part of France. It was a nice city to grow up in but too boring for my taste so as soon I was an adult, I just ran away to Paris.

I feel that! What was your first contact with electronic music?

I was listening to electronic music at the end of the ’80s on a radio that was playing some tunes and I liked it straight away.

When did that translate into discovering techno?

Rennes was a good city for Rave parties at the beginning of the ’90s so I was lucky enough to live in the right city where things were happening for this scene.

At the same time I was working in a techno record shop for few years in Rennes then in Paris and I was playing regularly in rave parties and clubs.

Do you think you would have pursued any other particular careers and passions had it not been for techno?

When I was a kid I wanted to be an architect or movie director so it was something related to art. But music has always been what I liked the most, I can say that I was obsessed with it.

What eventually prompted you to turn this into a career?

To be honest when I started to be a DJ nobody was thinking that DJing was a proper job or that you could do a career out of it. But with time it evolved and became something elsewhere some DJs can actually become artists, although not everyone succeeds.

So for me, it was just a natural process and didn’t need to think about it.

Makes sense. Can you recall what prompted the move to London?

I was bored of Paris where I lived 10 years and I was going to London every month because I liked the positive energy so at some point I decided to move and 14 years later I am still living here.

How is it to live in London as an artist? Do you find the city gives you what you need?

As an artist, it’s a good city to develop yourself and meet people. It’s getting more and more expensive for an artist to live here which is a bit sad and makes many to leave the country to go to cheaper cities around the world.

What are your favorite clubs in the city?

At the moment one of my favorite is Fold and also Village Underground, E1 or Fabric. But I like also warehouses parties which are more underground and closer to what techno is all about.

You run the highly-respected Children of Tomorrow label. Where does the name come from? Does it have to do with the goal of the label in any way?

It means in a way the artists of the new generation. This is what we try to achieve in a certain way as many artists we sign are unknown before they release on our label and most of them now are quite famous.

You’ve had a lot of fantastic artists and releases on the imprint. Are there any artists you hope to sign up some day?

Someone who will create the new future of techno.

What do you like to do in your spare time that isn’t music related?

Any Italian meal. They are all simple and always tasty.

Where did you last go on vacation?

I was on holiday in Sardinia where I go every year as I am in love with this island.

Next vacation is Mexico in few weeks.

I hope you have a great time there. One last question: tell us something about you not many people know!

I like to joke and have a laugh and I like dark humour… A day without a laugh is a bad day for me.