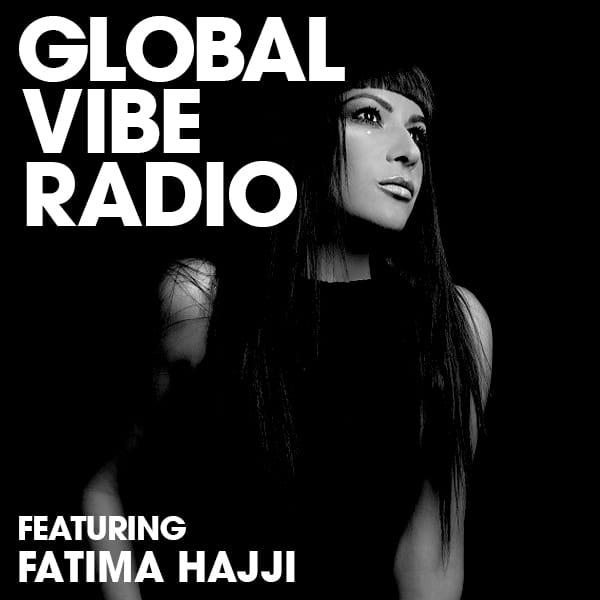 The Spanish artist has been a recognized name in the electronic dance music circuit for over two decades now, bringing her signature sets to some of the most-respected dance floors in the world including AWAKENINGS, Verknipt, Tomorrowland, Tresor, Razzmatazz, Crobar Argentina, Fabrik, Maassilo and many more.

Spanish by birth with Arab origins, Fatima has worked very hard over the years to build the loyal fanbase she has today in a very male-dominated industry. Beyond her work as a producer and DJ, Fatima is also recognized as an entrepreneur and owns three record labels: Standbite, Taikatta and Silver M, her current techno imprint and event brand that’s growing month-by-month. Silver M now boasts releases by some of the scene’s finest talents including Spartaque, D-Unity, Drumcomplex, Loco & Jam, Fabio Neural, Frankyeffe, WANB, Dani Sbert, and, of course, Hajji herself amongst others.

We recently caught up with her in the midst of her debut U.S. Tour, and took the opportunity to ask her for a specially-curated studio mix for the 171th GVR podcast.

Hi Fatima, thanks for chatting with us and for the mix!

Hi guys, thanks to you for having me!

You recently played in LA, your first in the city. How was it?

Yes, I did, it was amazing! The energy was so special, the party was celebrated in a raw warehouse without publishing the location and with no tickets being sold on the door. It was just for people who decided to go with some days of anticipation. It was an epic night; I had much fun and think the clubbers also did too.

What did you think about the city itself, did you get to check any of it out?

Yes, I’ve been some days hanging around, first I have to say that it is incredibly big. You can’t imagine until you see it with your own eyes. I explored a big part of the city, walking around the downtown is impressive by itself. I’ve also driven in some of the main tourist spots, like Hollywood, Beverly Hills, Venice Beach, Rodeo Drive, the Walk of fame… It was really nice to see by my own places that I’ve watched so many times on TV and in the movies. I also had the opportunity to be in different places of the Californian coast enjoying the beach and the nature, it’s an amazing place to be. I liked it very much and hope to visit more in future.

This was also your first time playing in the States, together with your San Diego gig. How does it feel to have now achieved this milestone in your career?

Pretty happy. Each new area is a milestone but for some reason the USA was at the top of the list. Now I’ve been, I’m just expecting and excited to visit again.

Do you think you will be coming back?

I hope so, I hope my Visa lasts for 3 years (laughs). Joking aside, the U.S. is a big big area where techno is growing up so fast and where many people are loving it so much. So, I wish to come back many times in future.

What other American cities would you like to play in?

Any will be welcome, but NYC is on my wishes list. I was on holiday there 2 years ago and felt a special connection with the city. I am also very curious to visit San Francisco, Chicago and Miami.

You have been DJing for the better part of two decades now. What are some of the biggest positive changes you have witnessed in the industry through this time?

The industry has grown a lot over the years and it’s become more professional. Electronic music has climbed to a top position worldwide and this means more audience and more possibilities for everybody. So, I think the changes were mostly good. Also, now there’s a broad range of successful DJs – with more differences, origins, genre, race or even style – most people don’t care at all about this because most of them focus on the energy that the artist provides. From my point of view, the good vibes that the music spreads throughout the world are one of the most valuable things electronic music can offer to humanity; from the DJ booth to the dance floor showing diversity, tolerance and good vibes.

How about negative changes, any?

Less and less Vinyl, they’re hard to find and it’s very difficult to find a proper place to play them.

Over the years your sound has naturally morphed and progressed (as it should and often happens with many artists). What do you feel has influenced these changes for you the most?

It was a mix between my taste and the situation of the current scene. Some years ago, I was playing hard techno and everyone knew that I had loads of fun with my sets; but the hard scene wasn’t growing like techno is and the number of new producers and new tracks were decreasing every year. The point was that I wasn’t able to find new stuff to play and I wasn’t happy to play the same tracks. So, when I couldn’t find more stuff I decided to explore deeper into different styles of techno until I found what really makes me happy, because this is the key to make the people happy with my sets.

You have launched three labels, one of which is Silver M which has been growing year after year. How has your experience as a label boss been so far?

It’s not easy to run a label properly, it needs loads of time and dedication. After trying several different ways I’m now working with a label manager, we decided to focus on just releasing music and my work mostly consists of the selection of the tracks to be released. I listen to all the demo tracks we’re sent and I choose what I like for the label without any restriction.

With the newcomers it’s all so smooth, every day we have new people sending us amazing music, they just send and I just choose. We reply to all the messages and most people are happy having a simple reply. Sometimes I don’t like a track but appreciate its quality and I ask for more demos in future and usually they send more and finally some fit.

Sometimes some of my favourite producers want to be involved also, so it’s a mix between people who I love their work and people who I don’t know too much of their previous work but send me some tracks that I love. After all the effort it’s very nice to build a label, give more music to the scene and the most important and gratification is to see people dancing at the parties with our tracks.

What has been the hardest thing about running a record label in today’s age, and how have you been overcoming that difficulty?

A label is a brand who contributes by feeding the scene with the essential, that’s the music. I’m not sure about the numbers of the rest but probably not many are earning money just selling tracks at the present time. Of course, those who promote events or are on the top 100 every week could be but most are not. So, the way to overcome this is working on it, thinking exclusively on the music and also on the contribution to the scene more than the profit.

If you could sign up two dream artists for Silver M in the future, who would it be?