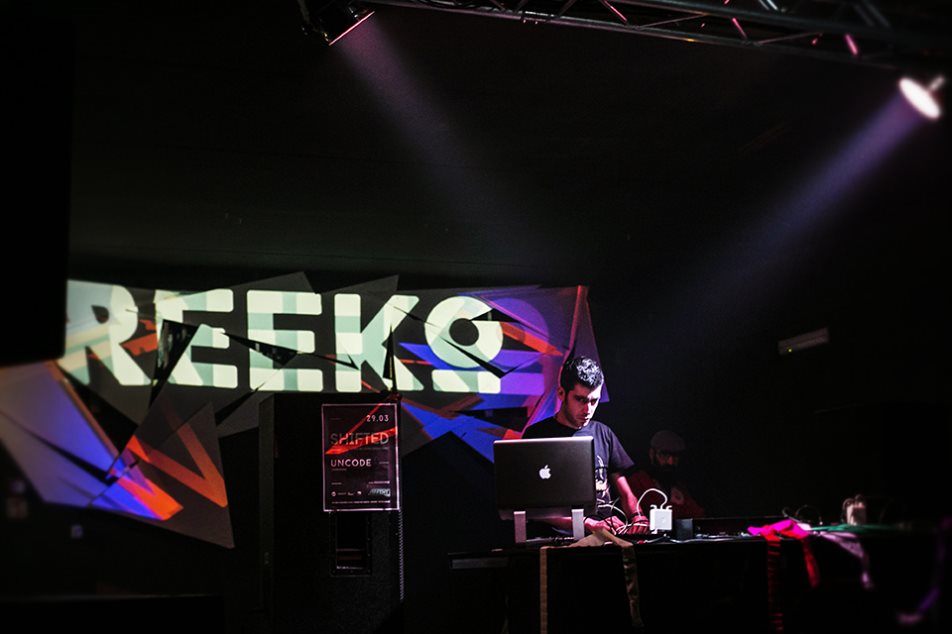 Juan Rico, the Asturian known in the techno scene as Reeko, has been DJing since 1997 although it was in 2002 that the world got a first taste of his production skills when he introduced himself professionally with a debut release on Sweden’s Emergence imprint.

While Reeko may be his best-known alias, the Spanish techno producer has made music and played under a series of monikers, as evidenced by his latest EP entitled Cubismo, released under his Architectural alias. Over the years Reeko has also been involved with a series of label projects, including Mental Disorder and Evidence, all before finding his home amongst the elite of Hispanic techno with PoleGroup.

In fact, Reeko was given the honors of compiling PoleGroup’s Unknown Landscapes: Vol. IV, a CD mix series of unreleased tracks, mixed and compiled by a member of the label’s roster. The Spanish producer and track selector has selected 22 previously unreleased tracks including work by label favorites Exium, Kwartz, Jonas Kopp, Pfirter and Oscar Mulero, as well as new faces on the imprint such as Reggy van Oers, DJ Hyperactive, Unbalance and Kangding Ray. The release features two tracks by Reeko himself, including “Basic Sentence” which is being premiered exclusively by 6AM today.

While Reeko’s brand of techno has gained him accolades and coveted gigs at some of the most revered festivals and venues throughout Europe, he has only played once in the United States so far when he headlined 2015’s Interface/Scene Movement Afterparty at The Works in Detroit. He is however billed for two shows in California to close out 2016, the first on the 30th of December in San Francisco by Robot Ears, and the second a RUSE and Vayu Sound warehouse shindig in Los Angeles on New Year’s Eve alongside UK’s Progression, Droid Behavior’s Subversive and a selection of other home-grown LA techno talent.

I had the pleasure of talking with Reeko ahead of his two stops in the States to discuss his involvement with PoleGroup, his work on Unknown Landscapes: and much more.

It was great to listen to the entire selection of Unknown Landscapes: Vol. IV from start to finish. What was the selection process you used to decide which tracks would make it on the compilation?

First of all, I considered how I wanted to build up the mix. I think it’s important to set some ideas so then it’s easier to choose the tracks. Then, I made a list of the artists I wanted to involve.
Afterwards, I kept selecting from the tracks I was receiving that could fit in the mix. I had to reject some great tracks in order to keep the coherence of the mix. I’m actually very happy with the answer of the artist that sent me their tracks because it wasn’t difficult to select at all. In many cases I liked what they first sent me.

Are there one or two tracks from the compilation you feel stand out in particular above others?

It’s difficult to highlight some, they all are good, but I have to admit that I love what Mike Parker sent me, I’m a big fan of his style and his conception. Somehow I really connect with his vision of techno and it was special for me to include him on the CD. Unbalance also pleasantly surprised me and his track really works on the dance floor. They all have done an exceptional work.

How about the vinyl release, composed of just four tracks from the CD. What criteria did you use to select those?

For the vinyl I selected 3 tracks plus one of my own that in my opinion stand out a bit more. As I said before, it is complex and takes some time. I chose the tracks that could define the structure of the CD mix: Mike Parker, Unbalance, Lussuria and me. Lussuria’s track it’s very different from the rest but that’s why Í chose it; because it defines very well the last part of the CD.

You yourself have two tracks on the release, “Basic Sentence” and “Dead Animal”. Can you tell us a little about “Basic Sentence” which we are premiering here at 6AM? What was your inspiration for this particular track?

Basic Sentence was created with the idea to be one of the first tracks of the CD with a clear minimalistic style: subtle but effective.

Your next EP, Cubismo, is being released under your Architectural alias. What is the difference between the productions we see coming from Reeko versus Architectural?

This is a very frequent question recently and I wonder if people want think about it or they just want to know my definition of each project. In my opinion, if someone don’t see the difference then might have not understood neither projects. Obviously, they have some similarities because they are made from the same person in the same studio but with no doubt Architectural it’s my side of exploration of sound and melodies, sometimes less focused to the dance floor. As Reeko I look for a more aggressive sound, somehow.

PoleGroup has grown tremendously over the years and has become one of the most respected techno labels out there at the moment. How do you feel about the progress and releases you guys have had so far?

I think we all have contributed with varied quality pieces so we could open a space in the market worldwide. I am glad with the results and especially with the reception of my releases in PoleGroup. Certainly, now we have to continue exploring this space we have opened up but I’m proud of all the material we’ve put out and its evolution.

I attended your showcase at Dockyard Festival during ADE. Can the US expect something similar at some point in the future?

I wish because the atmosphere at PoleGroup nights is very different from the rest that I usually play. I think we demonstrated that at Dockyard Festival. People know the music and are very receptive, we can feel that. It would be awesome to make it happen in the US although we know it’s difficult for promoters to face all the expenses… But who knows, perhaps someday someone will start an event like this, but as of now we have to do it separately.

You’re playing two gigs over NYE weekend in the US, first in SF on Dec 30th an then in LA on the 31st! What can people going to these two parties expect?

In general I play a lot of my productions, but it depends on the time I have for my set, as I would develop the mix in differently. In my opinion, long sets are ideal for clubs because people focus on the music so I try to show my sound playing my tracks and tracks from people that I consider in the same edge.

You played the Interface/Scene party in Detroit during Movement a couple years back. What do you think about the techno scene here in States?

I really liked that party, I enjoyed a lot and I felt a warm vibe from the crowd. Regarding the scene, I can’t say much as I just had that one experience. Soon I’ll visit two other clubs so I will be able to have a better sight of it. On the other hand, if we consider that the US is one of the most powerful countries in the world but still doesn’t have many techno gigs in general then I guess the scene is a bit complicated.

Anyway, there’re many great artists from the US and I heard from many of them that they prefer living in Europe because in America it’s too difficult, I don’t know why though. I have amazing memories form my first visit to Detroit and I’m looking forward to going back. 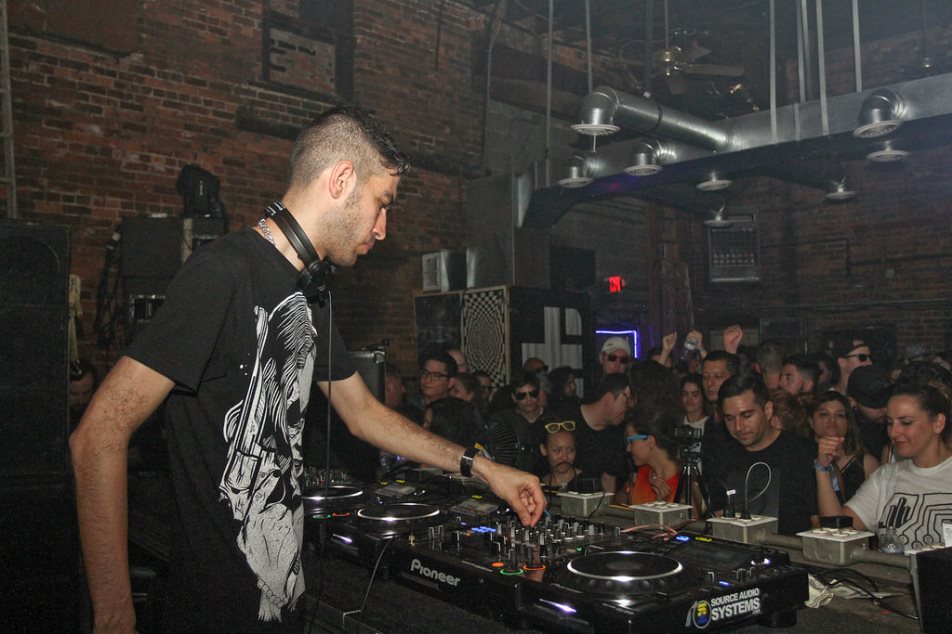 How do you feel about the growth of “Spanish Techno” both throughout Europe and now amongst the US Audience? Do you feel it provides something different than other techno sounds out there?

I hope so. When we started PoleGroup we didn’t know in what direction the sound would evolve and I think this was the key that gave us the chance to spontaneously spread our distinction to each other and mix our styles, also because we all were rooted on the techno from the 90’s. I’m not sure how distanced our sound is from the rest of styles, but I can tell that we’ve got a unique sound in our country that didn’t exist before.

Unknown Landscapes: is available for pre-order now ahead of its December 9th release date. Tickets for his San Francisco and Los Angeles shows can be bought from Resident Advisor.