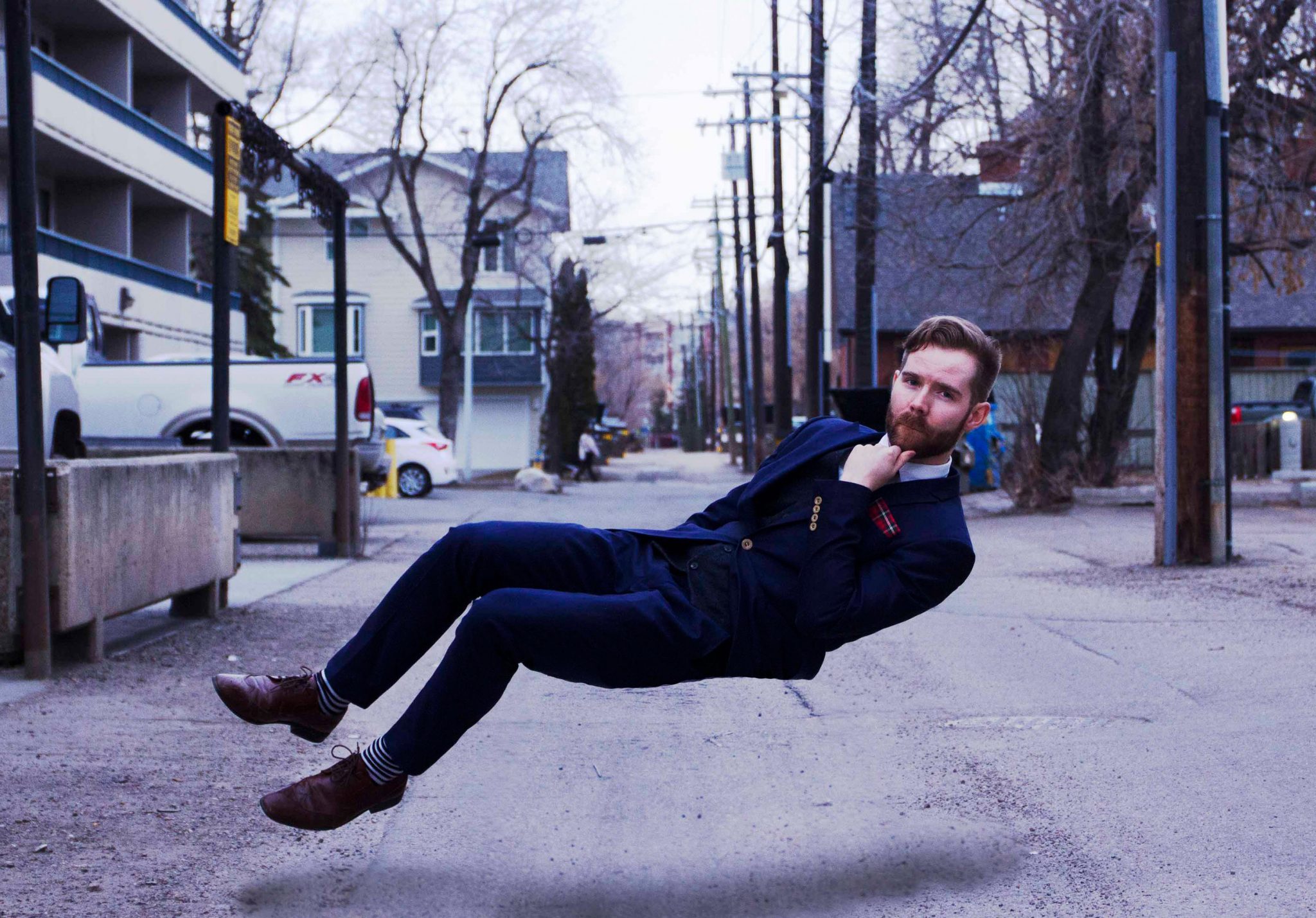 This past week Andrew Williams aka Dunmore Park released his first soulful composition on Substation Recordings, a four-track EP titled At Midnight. Born in Edmonton, Canada, Williams is embodies the definition of a true electronic music devotee: he is the co-founder of the city’s first electronic music production school, Night Vision Music Academy, as well as Western Canada’s first electronic-based music convention, the Alberta Electronic Music Conference, and all of this is on top of his projects as an artist. His latest such project, At Midnight, is his attempt to combine both classical and modern notes, a feat he accomplishes to brilliant results by producing a subtle warm journey from Canadian winter to the blooms of spring season.

Each of the four original tracks that form the release reflect various experiences of Williams life, including the music he was exposed to living in Europe as a child, his travels to ancient cities as he went through his formative years and more recently his exploration of Canada as an adult. As such, At Midnight is a musical narrative that takes the listener through Williams’ own life journey, one that begins with with deep melodies and emotions and ends with dominating basslines and mystery.

Stream the exclusive premiere of At Midnight below and read on for our talk with Williams, where we discuss the release, his life in Canada and more.

Hi Andrew, thank you for letting us premiere “Walk With Me” a track off of the forthcoming At Midnight EP. Where did you produce the tracks?

These tracks were produced at the Night Vision Music Academy, a studio and music production school in Edmonton that I co-founded with a group of friends.

You mentioned that you were inspired by music you heard in Europe when living there as a child as well as your travels there and in Canada as an adult. What particularly inspired “Walk With Me”?

I spent a lot of time in my youth in churches and cathedrals in England and France. Even though I’m no longer a religious person, I still love gospel music and the feeling you get when you walk into a massive, beautiful cathedral. “Walk With Me” was written to combine that passionate gospel sound with an intense, electronic foundation.

Let’s backtrack a little. People may definitely know you more as Andrew Williams, as your Dunmore Park project is fairly recent. What’s the vision behind Dunmore Park?

Dunmore Park is all about creating music that blends old world melodies and world musical influences with modern electronic music. From both a visual and audio standpoint, I like things that mix the old and the new to create something that’s not quite either. The project doesn’t really have a specific genre, just an aesthetic that I try to stick to.

Where does the name come from?

The place “Dunmore Park” is a partially restored ruin in Scotland that I find particularly beautiful. It’s a mixture of history and nature with some quirkiness thrown in.

Why did you feel the need to create a new alias for this more melodic, euphoric and nostalgic touching sound?

I’ve been DJing for over a decade and all of my previous work had a much more dance-floor focused sound. This project was conceived as an escape from that requirement. It allowed me to be free from what I’ve done in the past and explore a wider range of sound. 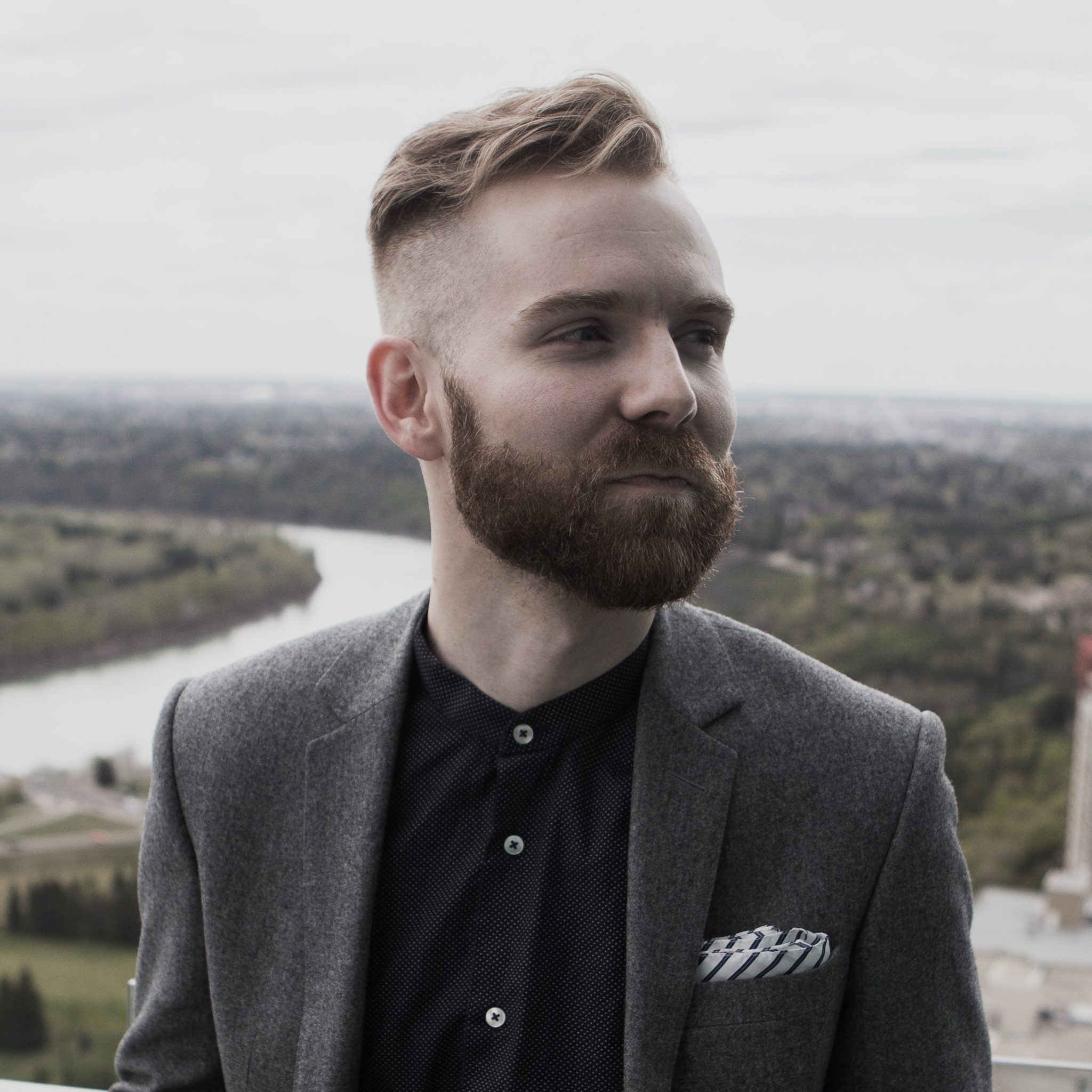 Do you plan to keep this as a strictly “production” project or are you going to be touring as Dunmore Park?

This project definitely has a big live component to it. Whenever possible when I’m DJing, I like to add live elements such as inviting singers to perform with me, or triggering extra effects and loops over top of my DJ sets. Throughout the Spring and Summer I’ll be playing shows in Alberta and BC, but I hope to make my way out east as well. I’m also just about to debut an audio/visual set that matches graphics and video with my music. You can check out some samples on my Instagram/Facebook and I’ll have a full video up later this year.

You’re also behind electronic music production school Night Vision Music Academy, the Alberta Electronic Music Conference and an Alberta beer. How do you find time to fit everything in?

Well, I’m never alone in doing these projects. I work side by side with great people for each project and that’s what makes it all possible. Also, a lot of the projects have different “busy” periods so as long as not too many of them stack up; I can juggle them pretty well.

I’m also a pretty big schedule guy and I try to map out my time as much as possible through out the week/month. It helps to know what to say yes and no to if you know how much time you have to work on it.

How is the electronic music scene in Edmonton? Any late night places you’d recommend for techno and house fans to check out?

It’s thriving right now. I know that’s a bit of a cliché, but seriously it’s been really amazing to see it grow and prosper over the last couple of years. A few house and techno crews/labels (Night Vision Music, Refuge, Heart 2 Heart, Common Edit, Connect, among others…) have been leading the charge to bring cutting edge music to the city for a while now.

My favourite places for house & techno are 9910, The Bower, & The Common. Each offer a very different feel but they have some of the best names in house and techno regularly stopping by and are run by really amazing people. There are also some great pop-up warehouse raves.

What’s your go-to food spot in the city?

What are your main passions outside of music?

I read a lot and I’m pretty much addicted to audio books and podcasts. They make all of the boring parts of life a little bit more interesting.

If you hadn’t become an artist, what would you be doing right now?

I originally had a career in magazine publishing and digital marketing, so I’d probably be still doing that!

Dunmore Park’s At Midnight is available via Beatport