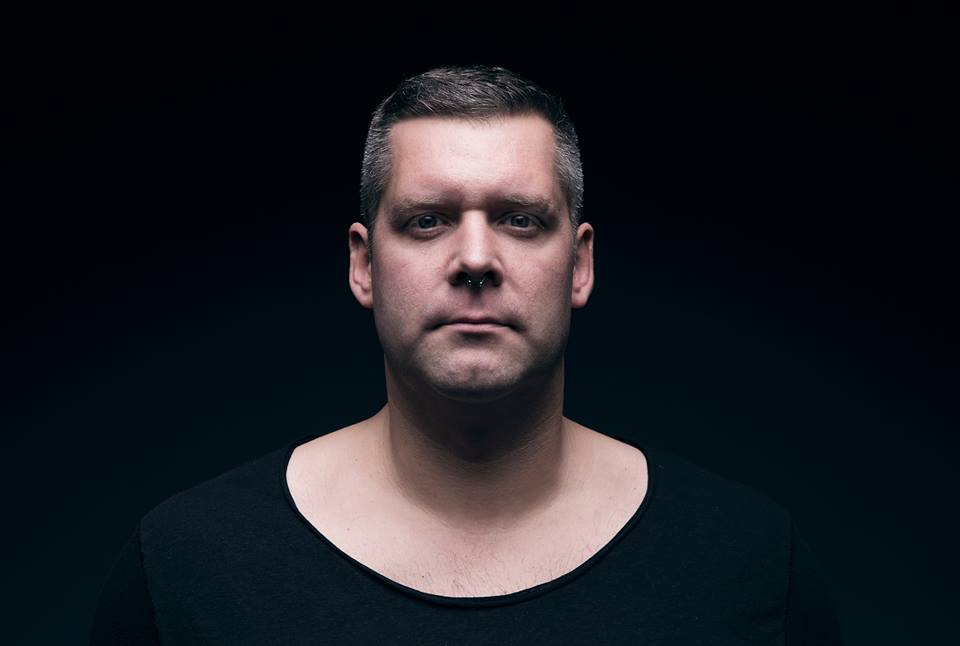 Boon & Bane is an exciting long player of Berlin techno DJ/Producer, Daniel Boon, a highly intelligent man who likes to think outside the box, creating a unique blend of underground sounds. His long-awaited first album which have been carefully built over the last year, reveals Daniel Boon’s widely rich musical identity through 10 awe-inspiring tracks!

The debut album comes out comes out on his own imprint Neuhain Recordings, a techno label with recent releases from David Ternessi, Crazy
Sonic and Superstrobe. Boon is responsible for numerous parties throughout Berlin in the late ’90s and early to mid 2000s, including club nights at the legendary old Tresor club and the now closed Maria Am Ostbahnhof. Furthermore Boon also founded Ostfunk Records with Oliver Tatsch in 2005 which became one of Berlin’s leading techno labels.

Boon & Bane is an exploration of textures. Each track has its own sonic character whether that’s the growling rumbles in “Fade Array” or the noise explosions in “Inside Symmetry”. The percussion is warm and expertly laid, often within the form of polyrhythms. “Demand Echoes” for example
bleeps in and out while carrying a crunch of a clap which is a welcome theme throughout. The reverse synth percs in Fallback Audio show Boon’s minimalistic calibre while tracks like “Rattle Blade” and “Shadow Forecast’s” vocal-use give rave nostalgia. “Humo Routine” sticks out as a garage house influenced shuffle techno hybrid with a wobble-esque bassline, perfectly giving the middle of the album a breath.

We spoke to Daniel ahead of the forthcoming release, from which we are also premiering “Rattle Blade”

You were born here, you grew up here and naturally you still call Berlin home today. Can you tell us in a few words what Berlin means to you?

Yes, I believe I am one of the few real Berliners. Often people don’t believe that I am from the West part of the city, but I live for more than 15 years in the East. For me, Berlin is the most beautiful city in the world. Of course, there are other beautiful cities like Barcelona or London, but the freedom we have due to our club culture is truly fantastic.

You have stated that moving to Friedrichshain’s neighborhood in Berlin was an influential moment for your life and career. Can you explain why so for anyone in the States that has never been or may have never heard of it?

Unfortunately, because of family reasons, I had to move to Lichtenberg, which is a borough directly next to Friedrichshain. You could say Friedrichshain is the ‘party-borough’ of the city, where one club is right next to the other and you are always able to do something. You are never too far from any clubs, that has been a great luxury.

Have you ever considered leaving Berlin? If so why and if not why?

I’ve always lived in Berlin, and it never came to my mind of living somewhere else. Due to traveling from gig to gig, of course I have seen many great cities, but at the end of the day I was always joyful to get back to Berlin.

What are your secret food spots in the city?

Well, it’s not a big secret actually. There are many burger stores in Berlin, but Rembrandtsburger-Store, at Richard-Sorge-Strasse, is one of the best for me. It’s a Dutch burger store, extremely delicious. Normally you are not used to this by our neighbours.

What do you like to do in Berlin in your free time that isn’t music related?

I have a little daughter and a wife, therefore I try to spend as much time as possible with them. Which is not always easy.

When I say Berlin and techno most people immediately think Berghain and Tresor. But where do Berliners go party?

Berliners go on Sundays to Berghain, anyway it was in my case like that. We have so many clubs in our city, so you can’t tell where the Berliner is actually going. I know from personal surroundings that everybody tries to avoid not going necessarily to touristic clubs, unless it just works differently that way. This is my experience, but it can be different to every other person, we are also a big city.

When was the last time you went to Berghain, and how was it?

I don’t really know exactly when it was, but this must be at least 5 years ago, if not even longer. So I don’t remember how it really was. The one party I remember in Berghain is the one where Laurent Garnier played. I think it was his first time playing in Berghain, and my first Saturday going, whereas before I had only gone on Sundays. I can’t remember a lot, so it must have been a good party!

So do Berliners get rejected to or do you become a “regular” recognized at the door?

I only had two times problems of getting rejected, but that was only because of people I don’t know, which came with us through some friend. I never discussed it, just said “ok, no problem”. I understood what happened on my own those two times. From then on I only go with one other person, bigger groups almost always get rejected.

Fantastic new album by the way. Can you talk to us a little about the creative process behind it?

Thank you. Overall, I created it in just over a year, and then spent some more studio time in the last three weeks. I worked bit by bit on each single track, if I got stuck at one, oftentimes I started a new track, so it went fast to getting 15 half-finished tracks where I could start choosing the ones which fit the album. By the time the album had been established, I tried to take some creativity out of each gig I did, which worked out pretty well.

What was your inspiration behind the title of the album?

At first, I wanted to call this album Numbers, where each track receives a number. However a friend, to whom I was the first to tell, told me that this would be too trivial, so we started to brainstorm and that’s when Segen & Fluch (‘Blessing & Curse’) came up. Because an album can be ‘blessing’, if it’s good, but at the same time a curse, if it’s bad. Since Boon appeared in the title, I found it more suitable.

Are you looking to tour more following this album release?

Yes, there is still a lot planned. There will be a two-track EP with remixes published on Simina Grigoriu’s Label Kuukou, Loose Records will release one track, Driving Forces and Frankyeffe’s Label Riot Recordings will release something too. If there is some space left, I will publish something on my own imprint Neuhain as well.

You’re obviously working on producing, gigs in Berlin and heading your label. What’s your goal in this industry 5 years from now?

Maybe to create a second album and to expand my own imprint. I hope, that I will still do music in 5 years and that it will be played all around the world.

If you could give a piece or two of advice to an artist looking to move to Berlin to further their career, what would they be?

Well, I think it is similar compared to actors in LA, there are simply too many of them and so it is in Berlin also. Somehow everybody is a DJ or wants to be one, but often it doesn’t have to do something with talent: if you don’t know anyone, you won’t get a slot to play somewhere. My advice would be, in the beginning to go out more often and try to meet the right people.