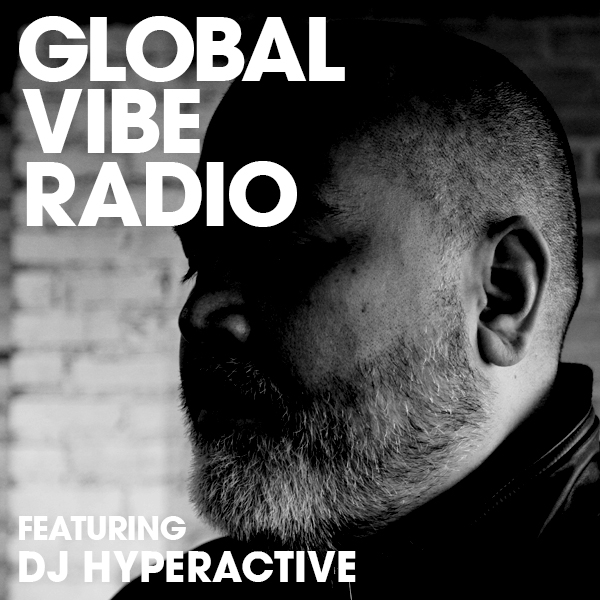 This week’s episode of Global Vibe Radio features one of techno’s OGs in the form of Chicago-born-and-bred DJ, producer and owner of 4 Track Records (4TRK) Joseph Manumaleuna aka DJ Hyperactive.

I have had the pleasure of meeting Joseph, or JoJo as he is affectionately known to friends, during my years working in Chicago’s techno and house industry. Prior to this interview I had last seen him on a cold Chicago night in February, when his good friend and fellow artist Moe Espinosa aka drumcell was in town to play at Spybar Chicago. JoJo played host at a wonderful BBQ dinner before an even better night of techno ensued.

Those versed in the history of techno need little introduction to DJ Hyperactive as an artist. His Resident Advisor bio describes him as one of Daft Punk’s “Teachers” and “brother of the humble,” his contributions and impact to the underground spanning three decades now and leaving a legacy that has not only helped shape techno in Chicago and the Midwest, but the entire United States and beyond. Growing up in Chicago in the early ’90s, DJ Hyperactive honed his skills as both a producer and DJ, receiving instant international recognition and subsequent touring gigs at some of the most recognized and revered venues and events of the last 20-plus years, including Orbit in Leeds, Liquid Room in Tokyo, Berlin’s iconic Love Parade, the game-changing Interface parties spearheaded by Droid Behavior in Los Angeles, Movement Detroit festival in the birth place of techno, Output in Brooklyn, techno meccas in Berlin such as Tresor and Berghain and of course at Smartbar, Spybar and Primary right in his home city of Chicago.

Over the course of his career he has churned out well over 100 remixes and original tracks, his catalogue including such instant classics as “Venus” and “Wide Open” on Missile, “25HRs” on Droid Recordings, “Music Box’ on his own imprint 4 Track Recordings, and more on imprints the likes of Contact, Truncate, Figure, Blank Code, Impact Mechanics, Nachstrom Schallplatten, and CLR, just to name a few. After a warming stint in Southern California, DJ Hyperactive returned to Chicago 2013 to reconnect with his family and musical roots.  His story continues with more gigs and more studio productions, with the difference being the experience and perspective that only a true veteran can possess.

We are honored to have him as guest of our 57th episode of Global Vibe Radio, which we present to you alongside an exclusive chat we had with him last week in honor of the recording. Enjoy the music and DJ Hyperactive’s wisdom below, full track list can be found at the end of the article.

Hi Jojo, thank you for the mix! Where did you record it?

My recording studio at Super Street Studios, I have a loft there. We have a monster rig in there.

What are some of the highlight tracks included and what was your inspiration for the track selection process?

Like many others, I devote a grip of time running through promos and new music shopping. I’ve been on this spacey hypnotic kick the past few years. So much good stuff out there. My goal this time around is to create a mood and mindset with the current tracks I’ve been feeling.

You have been around for decades now and are still churning out releases and playing fantastic sets around the world. What’s keeping you going after all this time?

As much as I love the music I think I equally enjoy entertaining and interacting with the crowd. We’re in this tango together. Hope it never ends.

How do you feel technology has affected your job as a DJ and producer?

Great question. I think it definitely has it’s advantages. Talking about my own personal evolution from being a vinyl DJ then seeing all the other options using Ableton, Traktor, etc… I think there’s something for everyone to find a vehicle to express and perform. I initially skipped the whole CDJ thang when vinyl was getting snuffed on the stateside. I went straight to Ableton and then eventually to Traktor just launching and layering, but I missed DJing.

I finally got a pair of CDJs and that has been a pretty positive experience so far. I knew my music better when I played vinyl, but I can live with it. I just devote more time rehearsing, reading (which I hate), and getting more intimate with the music I have. As a producer, it’s been an interesting run discovering what I like and don’t like. In the end I think I’ll return to having some outboard gear in the mix with my DAW. I used early Opcode s/w for midi sequencing but always did the tweaks and stuff live. Automation in the box is a real luxury in some aspects but I’ve learned it’s more effective for me to have this sort of improvisational aspect to performing live. It’s hard to get the feel right with writing in automation, but it’s nice to use to to correct any screw ups or shitty passes.

While we are talking about technology, what are your go-to software and hardware these days?

I miss some aspects of Fruity Loops but the automation in it just did my head in and could never get comfortable with it. I use Ableton and handful of drum machines and synths. I really did my stuff with a super stripped down studio and try to wring the most out of what I had. The more stuff I added sometimes drew me into tangents and hours of noodling.

Do you have any studio rituals that help you be more productive?

I do the Haka before I power up the speakers… just kidding! I do have to have a clean studio and really need to have things in order or I can’t even start.

You’re Chicago-born and live in the city still. Can you tell us in one sentence what Chicago means to you as a city?

Chicago’s culture and roots factor is something I draw from everyday.

There’s a lot going on in Chicago right now, with more and more techno shows popping up left, right and center! You’ve recently played for the Impact Mechanics showcase at Chicago… what else do you have lined up for 2017?

Couple immediate things coming up here in the Midwest. Playing at Techno Revolution 3 in Des Moines next month on May 6th. Also, playing I Heart Techno in Chicago at Exit on May 13th. Then heading to Detroit for Movement and playing the Underground Stage on Monday, May 28th. 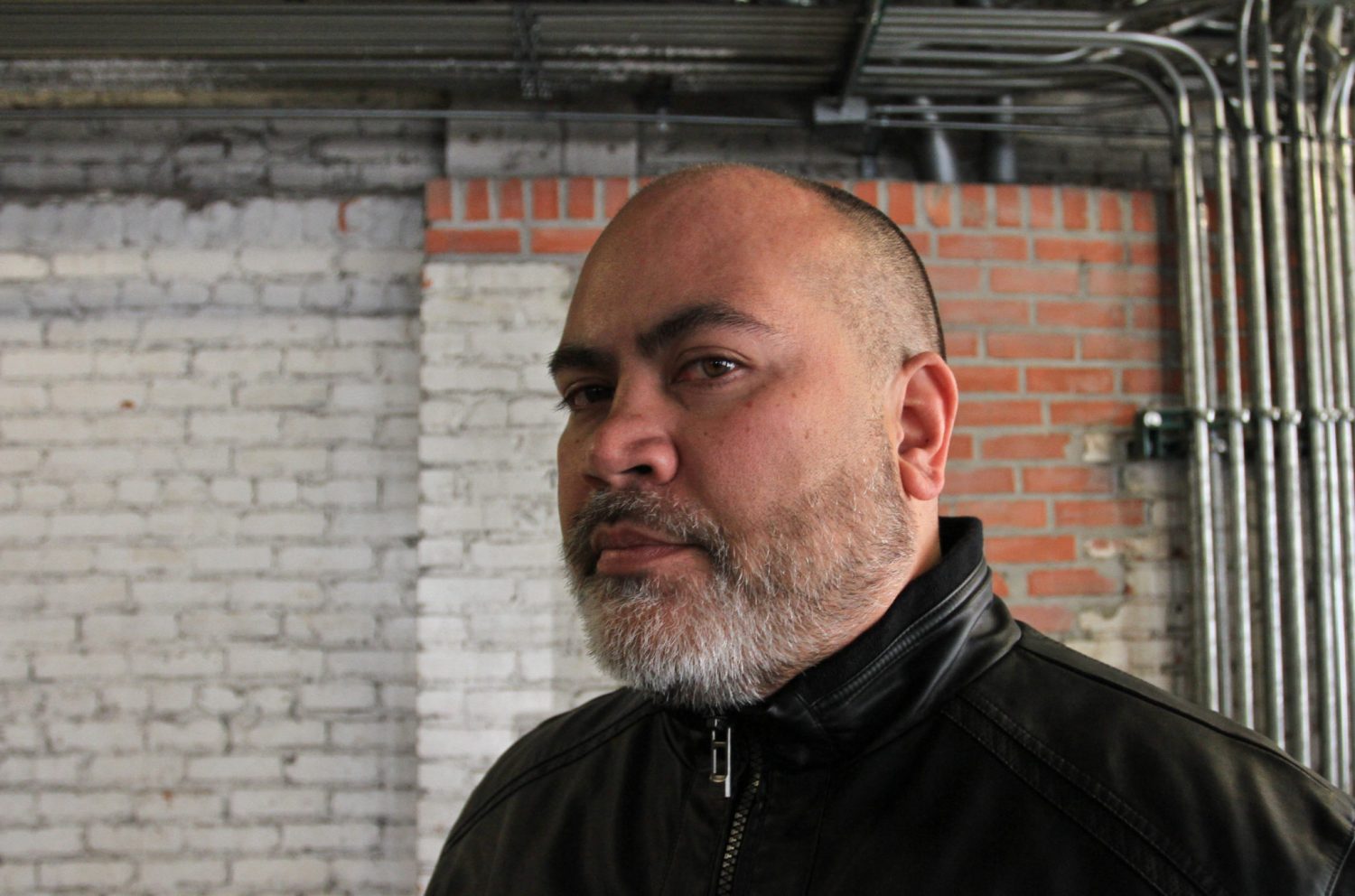 You’ve played every major techno venue in the world and have released on some of the most influential techno labels in circulation. What is still on your “to-do list” as an artist?

I have a couple aliases I’ve been procrastinating developing and releasing under that I want to finally put in motion.

When drumcell was in town in February we went out for some great eats. What’s your favorite food spot in Chicago?

This is the hardest question of the bunch so far. I really love Portillos but I don’t have a single favorite. The one I adored the most growing up as a kid was Papa’s Pizza in Oak Forest. Placed closed down and broke my heart.

Are you one of those Chicagoans with true Chicago hot dog and pizza pride?

As much as I love deep dish, we grew up on thin crust. Yeah, I’m pretty proud when it comes to our dogs and pizza. I could write a book on these two topics.

A lot of people talk about Chicago winters. How do you keep warm during the winter months?

Well I dipped out of Chi for a while to SoCal but that’s cheating. Layers buddy or you’ll get your ass handed to you here. This winter wasn’t shit though. We were lucky the past 2 years. 2013 was my homecoming to Chi and was awful. I didn’t have any of the right stuff yet.

One last question before we let you go to listen to the mix, do you have any releases coming up in 2017 we should be on the lookout for?