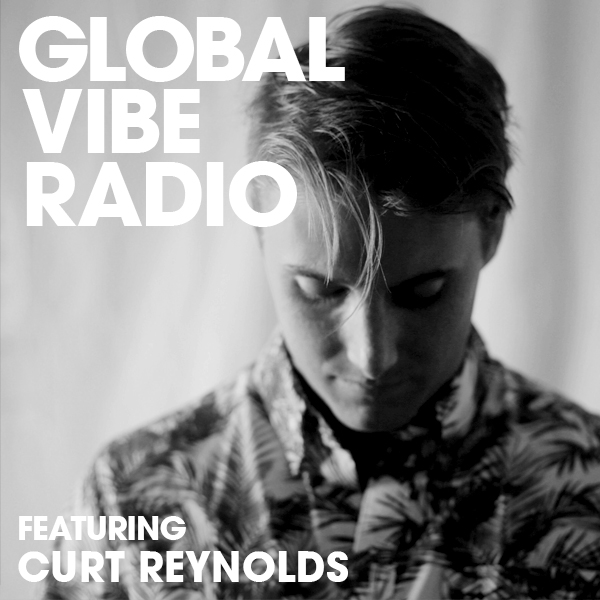 The 55th episode of 6AM’s Global Vibe Radio comes from Curt Reynolds. The producer and DJ was raised on the sun-drenched beaches of Southern California’s San Diego, and has been making an impact on the busy electronic music scene over the past year.

With recent performances at Lollapalooza, Splash House, ME Cabo, Sound Nightclub and more, Curt Reynolds aka Ben Curtis, has had a sudden rise to recognition with a very promising future ahead. Now residing in LA, he brings funky, deep, and disco vibes that reflect his coastal upbringing and beach party mentality. You can find him sipping mezcal in the studio, smiling behind the decks and keeping people on their feet either poolside or late under the night shade.

We had a chat with Curt in honor of his guest mix for us, which you can listen to below and download for free here.

Yo! 2017 is going great. I think this is already a huge learning year for me.

You’re SoCal born and bred. Where do you live right now?

I was born in San Diego, CA and grew up there and now I live in LA, in Santa Monica.

How old were you when you discovered electronic music?

I was 15 when I first discovered electronic music.

What were some of the first artists you listened to back then?

I got super into all the Ed Banger Recs, French electro stuff when I was in high school and of course Daft Punk. My first electronic music show was Justice at Street Scene Festival in San Diego in 2007… rest in peace, that fest was rad! Pretty solid way to pop the rave cherry! 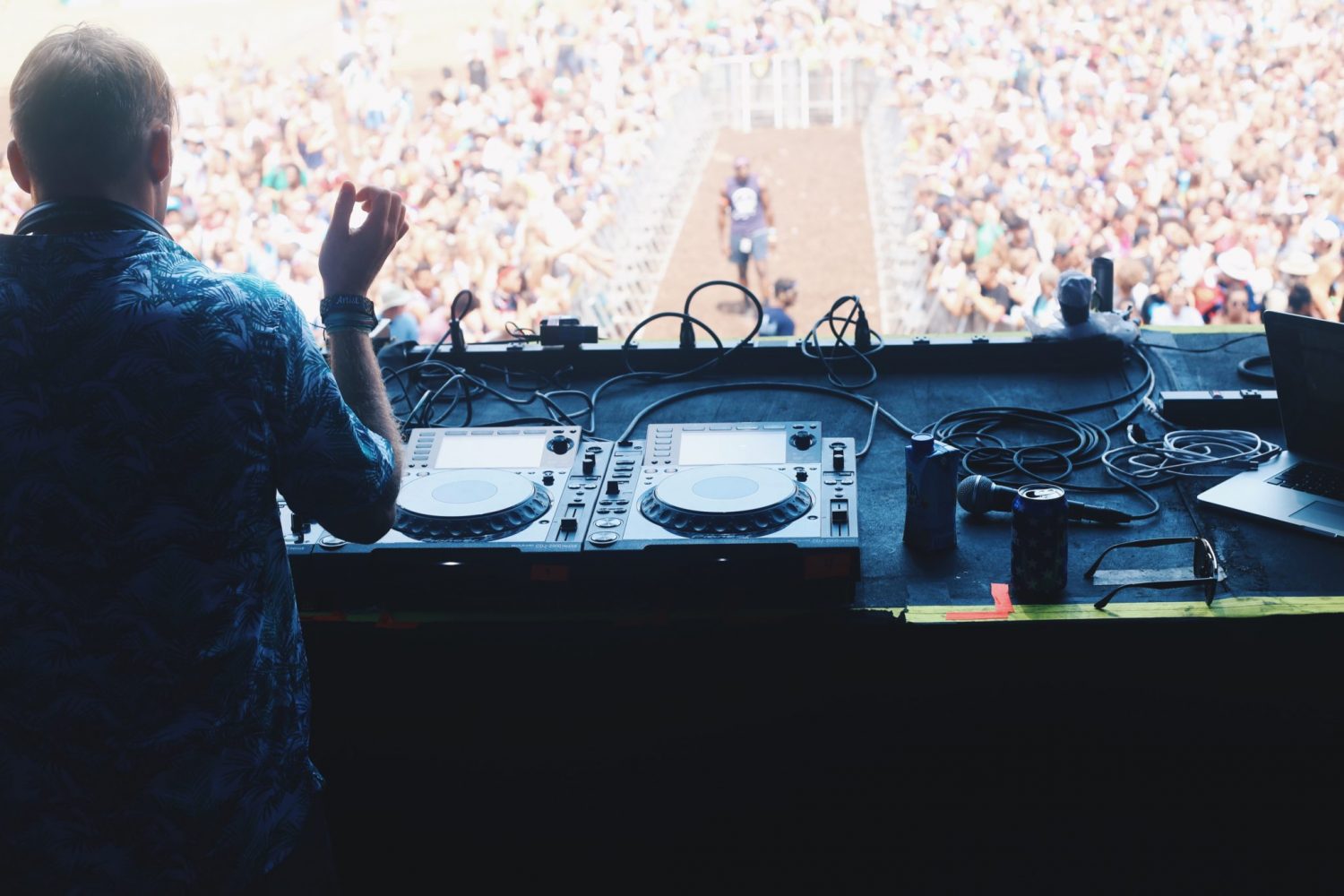 How long did it take before you decided to start making and playing music, and what prompted that leap?

It wasn’t until about 6 years later till I was out of college at UCLA that I began producing and DJing. I knew I always wanted to DJ but just didn’t have the access or resources to learn or teach myself – that is until I was working as a bar-back at a local watering hole, ripe out of college, looking for new experiences, and grew tired of all the DJs that were coming in and playing terrible sounds. I thought, you know what, I want to try to this out – so from there I was self-taught and got bit by the bug and it’s been onward and upward ever since.

What were the first software and hardware you purchased and used?

Garageband and an AKAI MPK mini

Are they the same you use today?

Nope! I am primarily on Ableton now, and Maschine as well – still use the AKAI though, mini and 49!

Did you immediately pursue this as a career or was it just a hobby first? What made you decide to follow this more seriously?

At first it was just a fun way to make some extra cash, although I had a vision in my mind that I had to keep going and the sky was the limit, I just needed to make the decision. I would say I leaped over the “hobby” aspect of it almost immediately and was like, if I work hard and continue to love this and love the music and stay educated, it can become my profession – as with anything else in life – page one is love.

What is the biggest obstacle you faced as a producer so far and how did you overcome it?

The obstacles never stop, no matter where you are in your life or career, but that’s what keeps me hungry and challenged. In terms of obstacles in production, I would say it’s that I have zero formal training. I am 100% self-taught and learn by doing – so it’s just putting in the work and not giving up until that dots start connecting. The obstacles come where I want to do something but don’t know how. It takes a lot of patience. It seems like I will never learn everything, which is why I enjoy it… there is no ceiling!

What are three key lessons you’ve learned so far that you can share with other aspiring producers reading this?

1.   Be content, no matter at what stage or where you are, but remain hungry.
2.   Have patience and do the work.
3.   The music always comes first.

Do you have any advice or tips on how to be more productive in the studio? 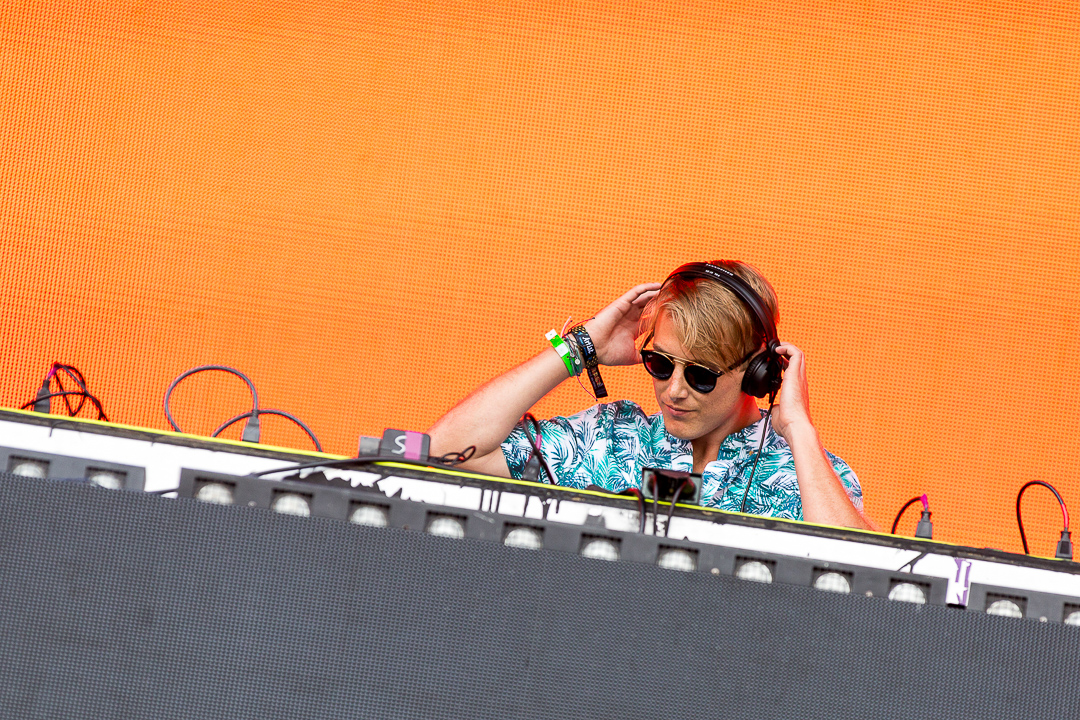 What about with regards to getting DJ gigs?

Stay informed on what is happening in either your local area or in your community. Know the players and know what kinds of artists you associate with and want to play with and where you fit in. It’s ok to say no, and if you don’t ask, you don’t get.

Let’s talk about the mix. What direction did you go in and what were some of your influences behind it?

This one definitely showcases a darker side of myself. I included a lot of deep and techy house vibes that I’ve been feeling and playing as of late. The intro track is an original demo I’ve been working on and I always try to include one of my own productions into a mix, so I felt it would fit to kick this one off. I’ve been playing some really late night sets lately so these darker vibes are a reflection of that mindset and experience I reckon.

Who are some of the artists that inspire you today?

Your single “Can’t Get Far” is doing the rounds right now, getting a lot of play, congrats! Do you have any more releases coming up in 2017?

Thanks! I am definitely planning to release a few more tunes this year and really want to incorporate some of my own vocals. I am really trying to focus on originals, as well as arrive at that defined Curt sound that is ever-evolving.

You’re still young with an entire career ahead of you. What is your goal musically in the years to come?

Make heaters, play a ton of gigs, build a worldwide brand, and continue learning and expanding.

Let’s fast forward to 2020, what will Curt Reynolds be doing then?

In 2020, I’ll have a residency at a massive club somewhere in the world, have my own studio, and be traveling around the world to play and inspire.

We saw that you recently played in Guam. How was playing on the island for the first time?

Guam was incredible. That was my first show outside of North America and it couldn’t have been better. Both shows I played were super fun and it was definitely a growing experience for me. I grew up on the beach and surf numerous times a week, so it was dreamy to get to go there and play. Da island life.

How was the food and culture you got to experience?

The food was bomb since I love fish and seafood and the culture was exactly the way I wanted it to be: super laid back and welcoming and just all smiles.

How do you see electronic music scene evolving with the crowd there?

I see so much potential after getting to go and showcase myself there. Everyone I got to connect with was so enthusiastic and positive about the whole scene and seemed to love all aspects of it. It’s always about the love and that’s what I felt. Cannot wait to go back!