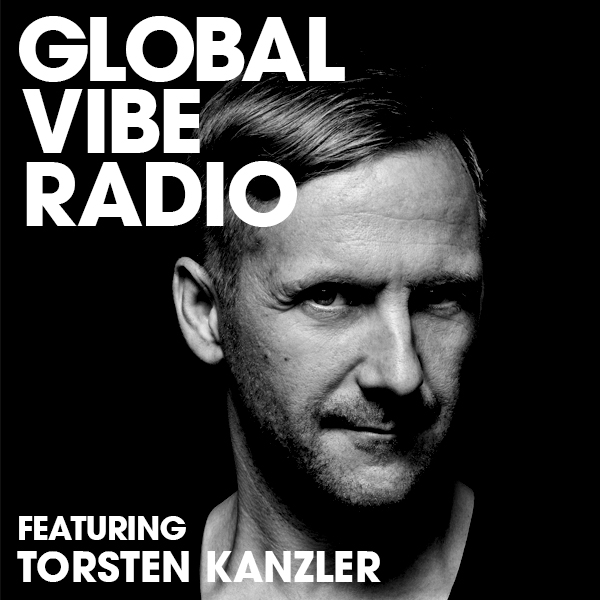 Torsten Kanzler’s live sets are known to lead to controlled excess like no other. Like a chief engineer he takes his crowd into a universe of mind-blowing drum-arrangements, creaking synths and warm growling basslines, using “Maschine“ of Native Instrument and two Allen & Heath Xone K2. His direct interaction combined with a spontaneous set with up to four decks spinning is making Torsten Kanzler an exception – a league of his own.

In recent years Torsten has traveled the globe with gigs in Portugal, Spain, Italy, France, Venezuela, Argentina and more, including festival appearances at Nature One, Rave on Snow and Amsterdam Dance Event just to name a few. His powerful and profound techno productions, headed by his album Analog Systems released in 2015, have gained him support by the fellow peers the likes of Richie Hawtin, Sam Paganini and Adam Beyer.

Torsten was kind enough to deliver a 60-minute live recording for the latest episode of Global Vibe Radio, and to chat with us a little about his career and what he has in store for 2017.

2017 is still pretty young, but there are lots of interesting things going on already. A busy and again intense year lies ahead. I’m looking forward to many club gigs and the warm festival season. German winter is usually quite long and the summer way too short.

Your new EP UNDERDOG will shortly be released on your label TKR. What remixers are on board and how did these collaborations happen?

I wanted to release something on my own label myself before the already 60th catalogue number will be published. Drumcomplex and Simina Grigoriu are on board as remixers. I’ve been friends with Arnt (Drumcomplex) for a long time now and I appreciate his definition of techno very much. He is a versatile guy who still surprises me over and over again. I’ve known Simina from some productions, but I hadn’t considered her for a collaboration until I met her at a gig, where I was really flashed by her set. She has a cool and down-to-earth personality and is an expert in her trade. So I’m happy having those exciting artists on board who complement my release in a wonderful way. With UNDERDOG I want to take a further step toward straight but yet organic techno. That direction also promotes the new designline of the cover artwork. After focussing on monochrome designs last year I now want to do some surreal photomontages.

Where did you put together this mix for us?

I always record my mixes live, never in the studio, because it lacks dynamic and authenticity. I recorded the mix for 6AM during the event “Nasty“ at Z-Bau, Nuremberg, Germany. It was a cool night where all the positive features of a rave got connected with the intensity of a club night.

What were your inspirations when selecting the tracks?

That’s always a gut decision which is influenced by the people and the sound of the location. That also affects the way I mix. Nevertheless I have a basic preselection of promo tracks, current releases and unreleased tracks.

Can you tell us a little about how you discovered techno?

Techno has been following me around for a very long time. I got infected by acts such as The Advent, Marco Carola, Chris Liebing, Sven Väth, or Richie Hawtin. The way a set by Chris Liebing is able to bring such energy to the dance floor and Richie Hawtin’s or Sven Väth’s delicate mixing techniques have always fascinated me. They are co-responsible for my techno addiction, I guess. Some day I myself started playing techno on vinyl, later I switched to CDs and then to my current semi-live equipment.

Why techno? What does it make you feel when you produce and play techno?

I don’t know why it’s techno. Some friends of mine, who have nothing to do with techno, always say it sounded like monotonous noises of a large construction site. That makes me smile and I respond: “Monotonous? You just got the wrong ears!” I honestly just can’t tell exactly why, but the music is fun and makes me happy. There’s no other music genre that makes me feel so much energy and power like techno does. It’s also something about the atmosphere within the techno scene that consistently carries me away.

Nearly the whole year of 2017 is already allocated to some cool acts and I will certainly also slide in an own release on TKR. Some podcasts are planned for the Spanish Vicious magazine or the Dutch Dance Trippin as well. Furthermore I develop my new mix series called “Rise”. I’m so glad that acts like The Advent, Drumcomplex, and Ramiro Lopez from Suara will follow after my already finished three hours mix. Also there are various releases scheduled on different labels. But what I’m looking forward to the most are the gigs and traveling this year.

There’s nothing more awesome for me than always going hard at the weekends, meeting new people, and spreading my idea of techno to the world.