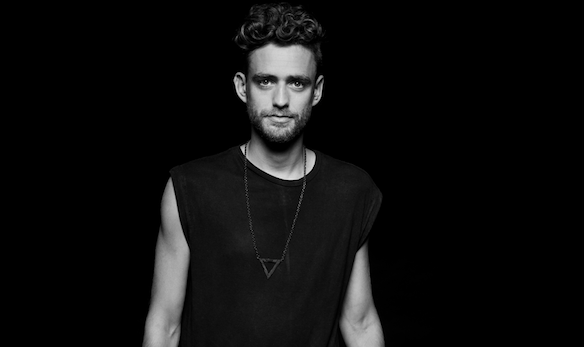 Long tipped as an artist to watch, Franky Rizardo has of late firmly established himself as one of house music’s leading lights. With a weekly national radio show in his homeland and a touring schedule taking him across Europe, the Americas, Australasia and beyond, the unassuming Dutchman’s reputation has snowballed with every release, culminating in his recent smash ‘Same Man’, a stick of devastating dance floor dynamite with an unmistakable hook which has tenaciously topped Beatport’s tech house chart for several weeks. Now, his stunning contribution to Defected’s ‘In The House’ mix series cements his position alongside some of the world’s greatest DJs.

Defected presents Franky Rizardo In The House is built upon the firm foundations of Franky’s own productions, including ‘Same Man’, ‘Keep Cool’, his rework of Roger Sanchez’ ‘Morning Prayer’ and a host of brand new tracks and exclusive remixes. Cuts like ‘Work It To The Bone’ and ‘Crazy Day’, and his remixes of chart-topper Jax Jones’ ‘House Work’ and rising starlet Anabel Englund’s ‘London Headache’ – all exclusive to this compilation – typify Franky’s ability to pair infectious vocals with driving dynamics. With an ear for tomorrow’s timeless classics, like Laolu’s remix of Dele Sosimi Afrobeat Orchestra ‘Too Much Information’ and Midland’s ‘Final Credits’, Franky also shows off his technical ability, mashing up numerous tracks and accapellas across the two carefully-constructed 70-minute mixes. The result is a compelling collection of contemporary house music, brought together by one of the world’s most exciting proponents of the genre, and available for pre-order it here.

6AM spoke to Franky right in the middle of a World Tour that is seeing him visit Australia, Asia, the U.S. and of course Europe:

Hi Franky, you’ve been tapped for this year’s Defected In The House Compilation, how does it feel?

It’s a great feeling to have been given the opportunity to craft the compilation and be part of this legendary series. I really enjoyed pulling together all the music for this, as a compilation allows you to dig a little deeper with the selections, and select some cool moments. I’ve also done a few exclusive productions too, which meant I could immerse my self in this project for a good month or so.

How did you first get affiliated with the label?

Probably 8 years ago, I did a remix of Monique Bingham ‘Flight’ on King St. Simon Dunmore heard it and called me strait away and asked if I would like to come to London to meet him. That kicked off our relationship and I’ve been releasing music with them and play at the events since then.

Can you tell us a little about how you took on the daunting process of selection which tracks to feature on it?

It’s a long process, sometimes like a puzzle. I had so many tracks I wanted to use, some of which we managed to license, some we didn’t. So once we got a final selection I could then get into the process of mixing and creating the mood of each mix.

What are some of your favorite highlights from the end result?

I was really happy with the mix in the end, sometimes when you work on something for a long time its hard to judge it, but when I put the CD on my car I was really happy how it sounded. The FLOW edits on there are some thing I’ve been playing in my sets – I blended Nick Curly Underground & Whitesquare Abduction — Defected decided to release them separately which was cool. Also my Anabel Englund London Headache remix – is a highlight – when I first heard this song I really wanted to remix it – so it was the first thing I did when they asked me to do the album.

You’re on a literal world tour to promote the compilation. What are some of the dates you are particularly looking forward to?

I’ve already toured the US, Australia and Asia which were all amazing. I just got back from Australia so I’m feeling a little bit fragile today however – I’m looking forward to continuing the tour across Europe now through Spring and Summer, and can’t wait to hit cities like Berlin, London, Belfast, Amsterdam and Manchester. I have Berlin this Friday and I’m super excited to go and hang there for an afternoon, last time I came home with a huge bag of vinyl-only releases. I nearly had to check another bag on the flight.

If you could describe your objective as a DJ with your sound, what would it be? What do you strive to achieve every time you play in front of a crowd?

I aim to take the crowd on a bit of a journey. My sets can go from deeper more melodic tracks to pumping tech house. I also try to get to peoples emotions working during my sets.

The Netherlands is known for producing a lot of EDM and Trance DJs. How did you find inspiration to dive into house and deep house?

There is also a solid house and deep house community in Holland, and its growing a lot. These events and their following offered me a platform to pursue this sound.

Who are some of the producers and DJs you look up to today?

I’m a big fan of Luciano, I actually played with him a few weeks ago, which was a special night for me, he was really cool. Also Guy Gerber – he’s a DJ that has been consistently producing quality music and his sets take me on a journey.

We are only just half way through with April and you already look to have a super-busy year ahead of you. What else is on your calendar for the next coming months?

I’ve got remixes coming out on Repopulate Mars and Defected, and a brand new EP on Circus this summer. Gig wise I will be playing festivals such as Eastern Electrics, Creamfields, Extrema, Tomorrowland, Defected Croatia, and making a return to Ibiza too.