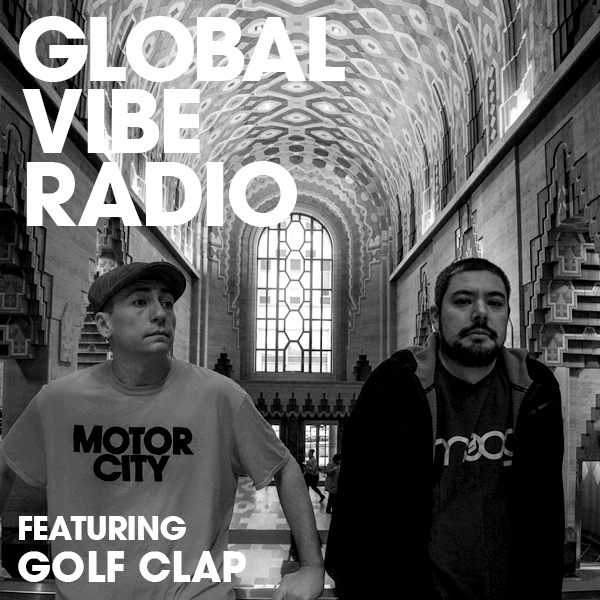 We return to Global Vibe Radio with a live recording from Detroit duo Golf Clap.

The 47th installment of our podcast, which features global and local acts alike, was recorded live at Output Brooklyn in December of 2015. DJs, producers, founders of Country Club Disco and self-proclaimed after-party connoisseurs, Golf Clap have released on some of the most influential house labels in circulation, have a Boiler Room appearance under their belt and have graced the decks of some of the most celebrated nightclubs and festivals in the States.

Hugh Cleal and Bryan Jones discovered their love for house music in Chicago, later bringing it to Detroit where they now live. Thanks to their infectious and approachable personalities, hard work, talent and passion, Golf Clap have built a literal community of supporters throughout the country, as evidenced by the number of fans donning Club Country Disco merchandise everywhere they play.

We caught up with them last week ahead of shows at Spybar Chicago and Coda in Philadelphia.

Hello boys, where are you right now?

Bryan: Just getting home. Had an extended trip to New York and Chicago this whole last week. Getting caught up and heading to Coda in Philly and Spybar in Chicago this weekend.

You definitely represent the decisively brilliant house scene out of Detroit right now, a city best known for being the birthplace of techno. How did you first fall in love with house music?

Bryan: Hugh’s from Detroit and I’m from Indiana. We both actually got into house music from the Chicago rave scene though. We didn’t know each other the entire time, but had tons of the same friends and attended the same parties. DJs like DJ Dan, Mark Farina, Bad Boy Bill, and Derrick Carter introduced us to it. Daft Punk’s “Homework” and all the music influenced by that and Chicago house like Paul Johnson is what we were into.

Did you ever feel like “outsiders” as house producers/DJs in Detroit?

Bryan: For the most part no. There’s a great techno scene here, but there’s also a great house scene and they intermingle. In fact, half the time the old school techno legends play in Detroit they play disco or house or something anyway. Aside from that, there’s a huge Dirtybird fan base in Detroit. There’s a big scene for GRiZ and All Good Records. There’s just a lot of different kinds of electronic music scenes in Detroit and we’ve played so many shows here that we ended up becoming friends with people in all these scenes and try to bring them together as much as possible at our events.

You’ve already played Movement and will be back this coming May. What feelings does a Detroit artist experience when they first hear they will be playing Movement?

Bryan: It’s a really big deal to us and everyone else here. It means you’ve been chosen to represent Detroit to everyone coming from out of town. All of us in Detroit go every year, and think about playing those stages every time. It’s an honor when you get a chance to do it. 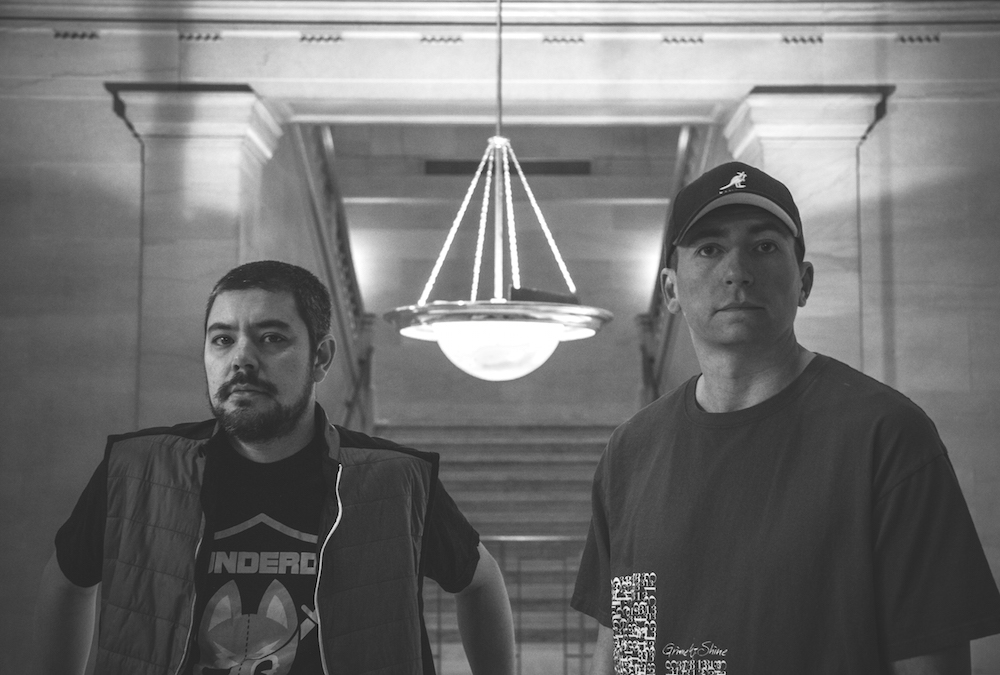 The last few years have seen you guys rise quickly, receiving the recognition you deserve for the music you’ve been working hard to produce. Can you share some key tips to success which aspiring producers could benefit from?

Bryan: I spent a lot of years producing music and not doing nearly enough of the rest that’s involved. You can make the best music in the world, but if you don’t get anybody to listen to it, then it doesn’t matter. A lot of artists don’t want to do all the other stuff, like getting press shots or keeping their social media up to date etc. Just remember that every time you do that, you’re making it so more people hear your song when you write it, or show up to your show when you’re booked. We’d all love to just do music only, but instead of thinking of networking and all that stuff as an evil that you have to do, try embracing it. I enjoy meeting people in this industry and making friends just as much as writing music. They both help equally I’ve found.

Hugh: Make this your full time gig as soon as possible. I don’t think I ever took this as seriously as I do until it became my sole source of income. It makes you think about things differently and it’s easier to put in the long hours when you know you are doing it for yourself. Another thing is to always try and be nice to everyone you meet, there is a lot of big personalities in the music business and everyone is someone but it’s important to be kind to your fellow neighbor.

Do you find yourself more comfortable in the studio or behind the decks with a crowd?

Hugh: I think both of them have their challenges but honestly I’m pretty comfortable with myself and where we are at so not many things really make me shy anymore. There is always nerves about different things and situations but in general this is what we’ve been doing for so many years now I think the most uncomfortable times are when we aren’t in the studio or behind the decks.

What software and hardware can we find in your studio?

Bryan: We’ve mainly just been on Ableton the last few years. We both have Macbooks and we use Splice and open each other’s projects. We’ve been using Serum & Nerve lately a lot. Massive, Sub Boom Bass, & Arturia Mini V have been staples in our productions for some time.

Bryan: Electric Forest in Michigan. We go every year and play multiple times. Last year it started with playing on top of an RV out in GA camping to 1,500 people. They had to shut it down for an hour because nobody could drive through to get to their camp sites. We played the artist pool every day, and on the last day we filled in for one of the main headliners and closed The Observatory stage in the Forest. It’s 2 weekends this year and we are playing both.

You’ve literally built yourself a legit community with Country Club Disco — your label and party series. What was the goal with CCD when you first decided to launch the brand? Did you foresee to attract this type of group, loyal following?

Hugh: In the grand scheme of things Bryan and I always wanted to build a new brand up we just didn’t know how we were going to do it exactly. We had each ran our own labels before and had our trial and error phases so with this new thing we wanted to improve naturally. Like all good things we started super small and organic and kept it that way and instead of trying to be the biggest we focused on making new friends in each city, and then maintaining those friendships. We don’t really get homesick anymore because we are always meeting up with different groups of friends in each city.

Your label features music from a lot of up-and-coming producers. Any we should particularly keep an eye out for?

Bryan: Really hard to choose, but here’s as much as we can narrow it down: Jafunk, MRJ, Mad Villains, Eyes Everywhere, DJOKO, Matteo Rosolare & Jojo Angel

Back to the music, thanks for the live recorded mix. Tell us a little about that party!

Bryan: This is a recorded set from awhile back when we played at Output in Brooklyn with Pete Tong & Chris Malinchak. We played right after Pete Tong on the opposite side of the main room. We didn’t have a very long set so we packed a lot of music into the time we had.

Do you have any pre-gig rituals? How do you get ready for your sets?

Hugh: I always bring a towel, and for those that have to know why it is for sweat but the other main reason I have it is because I drink tequila with limes and when you squeeze the limes you have juice all over your fingers and then it makes the CDJ’s sticky so this way I always have clean hands and it also saves the day quite a bit when theres a spilled drink. For our sets I go through music every week (like most I would assume) and go up there and jam. It’s the best not knowing whats going to happen 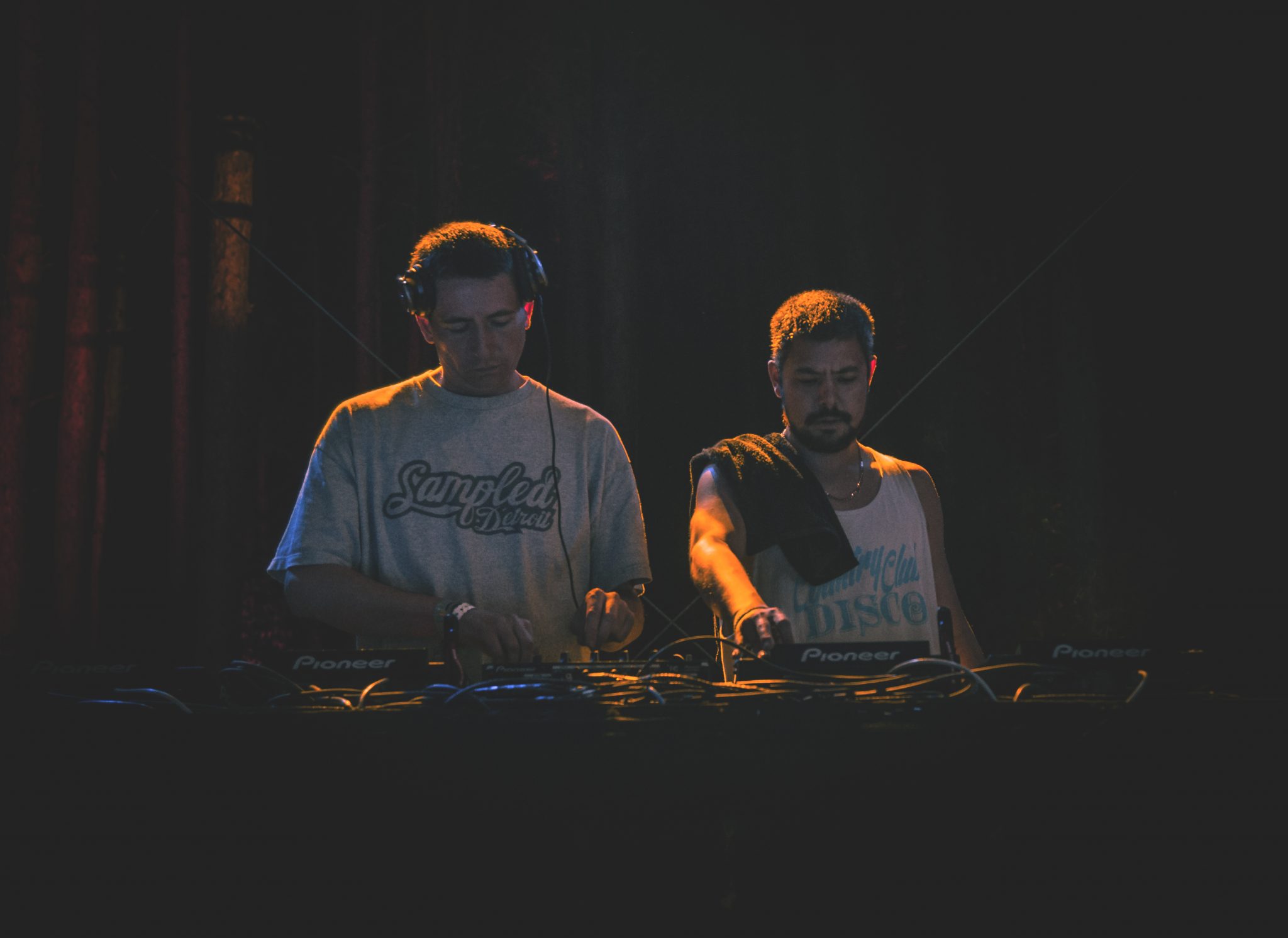 Chicago is one of the cities where you’ve played a lot and built a great following and are playing next week for your debut at Spybar. What’s your relationship with the city and its people?

Bryan: I lived there for a few years awhile back. We both really started DJing because of Chicago house music. It’s also the place where we have the biggest following. We love it there so much. In fact, 2 days ago we had a night off and ended up taking a train out to see Lee Foss & Gene Farris at The Mid. We got into Chicago at 11pm and left at 7am. Straight from the decks at an afters to an uber and boarded the train home. This weekend we have tons of friends coming from Detroit as well. Can’t wait.

Hugh: I straight up love Chicago. It’s such an awesome city with great people and great venues. I’ve always been a huge house head and so many of my heroes are from here so it means a lot to be able to perform in the city. Our fans in Chicago are by far #1 in the country.

Hugh: Move the needle in every category. It’s not about revolutionizing anything for us right now we just want to make modest increases in each area of our lives and brand.

You were just on Holy Ship? I saw some pretty crazy videos from your sets, how was that experience?

Bryan: Safe to say it was one of the best weeks of our lives. The first night GRiZ, Mija, Will Clarke & BONES came and tagged with us. Then we played the next couple nights as well. Was really eye opening to be around that many talented artists and personal heroes for 4 days straight. Lots of observing and mental notes being taken the whole time. Lots to learn from the people on that boat.

Do you see similarities between the Shipfam and CCD followers?

Bryan: Absolutely. Shipfam are the most relentless of everyone though. Everywhere we have gone for the last month there are 10 people with Holy Ship clothes on at the show and they all come talk with us. We get things in the mail from them, they hit us up to go to dinner at each show. Feels like we know hundreds more people now after Holy Ship.