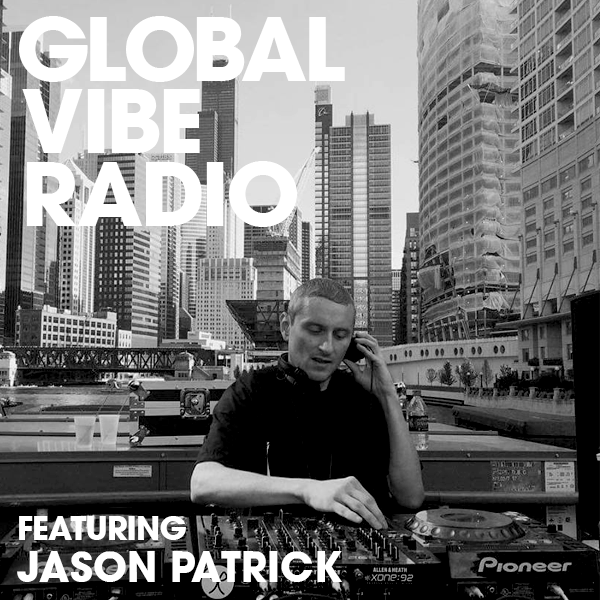 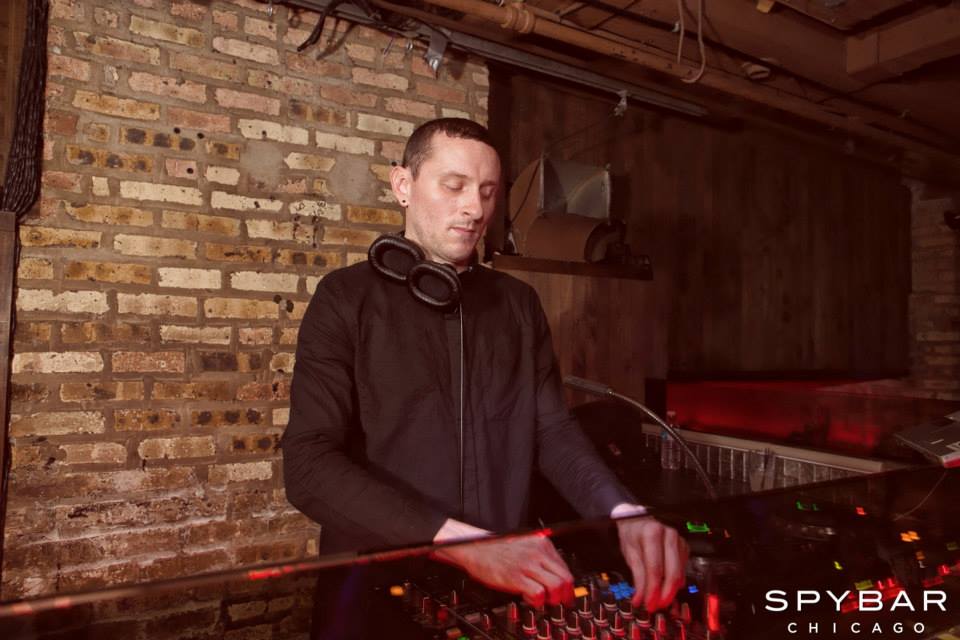 The 44th edition of 6AM’s Global Vibe Radio comes courtesy of Jason Patrick. Born and raised in Detroit, Jason now lives in Chicago where he holds a residency at Spybar, one of the most respected underground dance music venues in both the city and North America. Jason has shared the stage with underground dance music heavyweights from around the world, including Marcel Dettmann, Ben Klock, Danny Tenaglia Adam Beyer, Len Faki, Joseph Capriati and Rødhåd, all the while playing gigs in Miami, Detroit, San Francisco, Resolute and Blkmarket Membership in New York City, as well as Tresor and Chalet in Berlin.

Jason is also the founder of Klectik Records, a label he began in 2007 that is soon to feature its 26th release in the form of a three-track EP by Milwaukee-based Construct, which 6AM will be premiering exclusively next Monday. Both Construct an Jason will also be performing at Spybar on Friday January 27th — a Klectik-hosted night that promises to deliver a wide spectrum of solid techno from open-to-close.

6AM caught up with Jason in occasion of his one-hour mix for Global Vibe Radio, the recent Klectik shows and the upcoming release from Construct.

Hi Jason, thank you for taking the time to chat today. You’ve been busy recently with a Klectik Showcase and now an up-coming label night at Spybar with Construct and yourself on the bill. Congrats!

Thank you and thank you for taking the time to do this interview with me.

Are we going to be seeing more Klectik nights in 2017?

Yes. There is something being planned in Detroit in a couple of months, announcement coming soon. Hopefully there will be some more nights at Spybar as well.

The Showcase in December, which I was lucky enough to attend, featured some incredible sets as well as live performances. How did the idea of putting that together come about, and what was the selection process for the artists that were featured?

It has been a few years since Klectik has done any events, the last two were at Chalet in Berlin. The idea of the most recent showcase was something I had been kicking around in my head a bit. Mekas is an artist that I had been wanting to get out here for a few years, and for different reasons it wasn’t panning out. That all changed recently when he moved from Buenos Aires to Berlin. Flights are quite a bit cheaper from Berlin than from Buenos Aires. The rest of the line up was chosen with a focus on artists involved in the current projects the label is promoting – those being the recent EP from Mantas Steles that also includes a remix from Max Jacobson, and the upcoming Construct EP that has a remix from Submerge and Hiroko Yamamura. 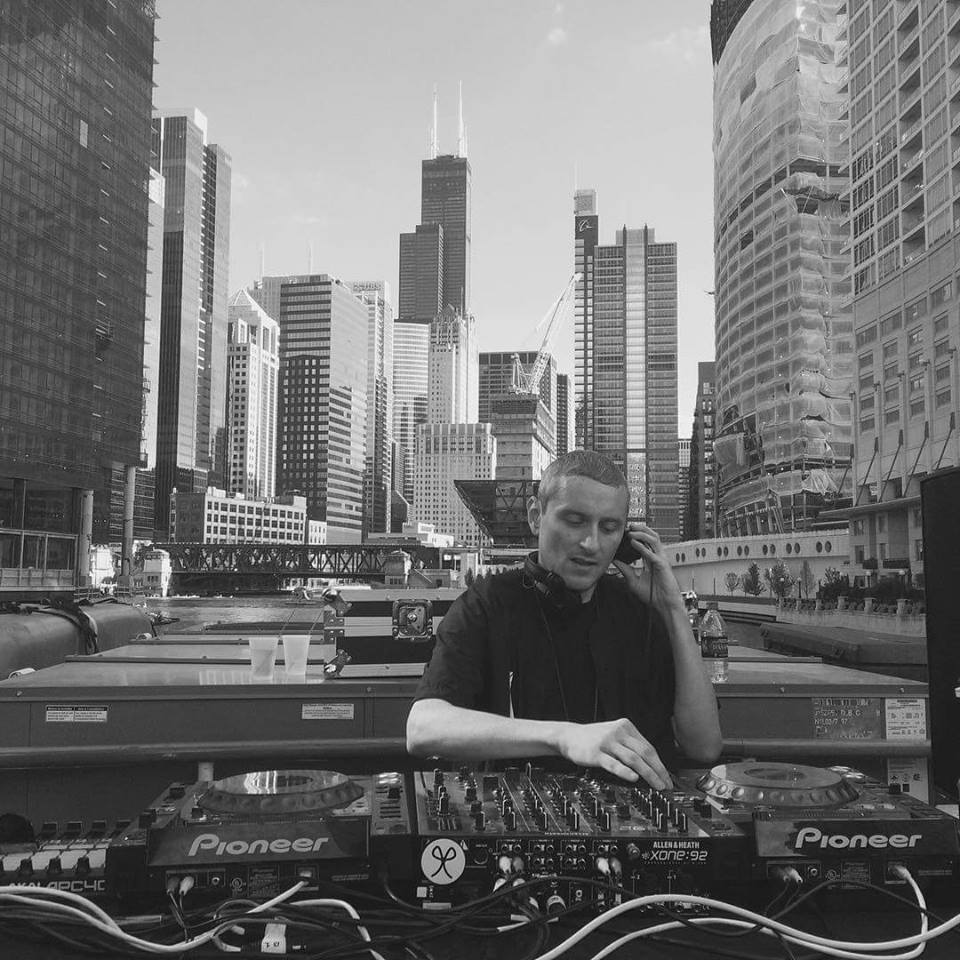 Your upcoming Spybar night features Construct from Milwaukee, who played a fantastic live set at the Dec showcase. How did you guys meet?

Around this time last year, I was playing a track of his out in my sets and I soon realized that he was from Milwaukee, which is quite close to Chicago. I reached out to him not too long after and asked him if he would be down to do a release on Klectik. He is a young up and coming talent from the region that is really working hard in the studio as well as on the live performance side of things, playing out on a big set up of modular units and other hardware. He is modest and has a good attitude. I’m happy to have him on board and I look forward to working with him onwards.

He has a killer EP release, which I had the pleasure of listening to, coming out later this month on Klectik. What do you look for in submissions to release on your label and how can techno producers get in touch with you with their projects?

What I look for in submissions is material that fits with the sound of the label, stuff that I would likely play out in my sets. The label is not keeping a busy release schedule so I am not picking up many releases at the moment, but I can be reached at klectikrecords@gmail.com with demo submissions.

Can you tell us about any other Klectik releases in the pipeline for 2017?

The next Klectik release in the pipeline is an EP from myself, 3 original tracks. That will be out sometime either next month or in April. I’m also launching a new vinyl-only label this year and the first release will be from Mekas.

Klectik is a techno label which calls both Chicago and Detroit (where you’re from) home. While Detroit is of course the birth place of techno, Chicago’s roots are deeply ingrained in the house movement that originally began here. With that said, how do you view the current techno scene in the city and where do you see it going in the future?

I view Chicago as having a pretty healthy Techno scene at the moment. I see a pretty steady stream of good Techno bookings at my home base Spybar as well as Smartbar where you have Jeff Derringer doing his Oktave night. Primary also has some good shows happening as well. I also feel like the Chicago scene is in a period of transition at the moment. While some crews are doing some cool stuff in the underground, there is definitely room for more. I think it’s safe to say the underground is lacking a bigger, more high-end production presence when it comes to Techno and I believe that we will see this void filled in time. I feel that with the Techno scene and music scenes in general, you have waves and eras of promoters, DJs, artists, and before long the next wave will be upon us. Who and what that holds, we will have to wait and see.

We appreciate you putting this mix together for us and our followers. Can you tell us a little about your track selection process?

The track selection is pretty much me just picking out some tunes that I’m feeling at the moment, some new stuff I just picked up, and some carry over material from late 2016. I looked for stuff that fit a specific type of vibe, that being eerie, dirty, raw, atmospheric sounding Techno. 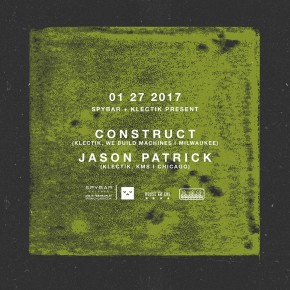 Going back to your upcoming show at Spybar. You’ve now been playing the club for several years and are essentially the club’s resident techno DJ. How did you first develop a relationship with the management and staff there?

I first got introduced to management and staff at Spybar back in 2007 through Frankie Vega. The first show I played there was on Halloween in 2007 with Adultnapper and Martin Buttrich. I believe it was Martin’s first time playing in Chicago. In the following years, Volatl was promoting some shows at Spybar and I would play at most of them. It was in this time that I developed a tight relationship with the club. I can remember a really good night there in I want to say 2009, I was opening for Phillip from M.A.N.D.Y. and Damian Lazarus, they played together. I played one of the best sets I can remember having there. Speaking to Dino after my set, he asked me to come on board as a resident. I’m incredibly grateful to Dino and the entire Spybar family for all their support over the years, much love.

You’ve played some fantastic headlining and supporting sets at the club now… what is your most memorable experience playing at Spy?

I would have to say opening for Danny Tenaglia at Spy during the Wavefront festival in 2013. The vibe was incredible that night with excitement radiating throughout the room from everyone that had just experienced a great day at the festival. I definitely fed off of that and got into the zone playing that night. It was an honor to open for Danny who was an early influence of mine. He is a such a sweet soul. He spoke some kind words of me on the mic as he started his set, and on Facebook after the night, and that meant a lot to me.

Looking forward to the Spybar date! What can Chicago’s techno fans expect?

I will play first and will start off ambient and deep as I often do and then build up the intensity of the music as the night goes on, then Construct will perform his live set! Techno from the both of us that is not for the faint of heart.

Catch the Klectik Showcase at Spybar on Friday 27th of January featuring Jason Patrick and Construct LIVE.  Tickets are available via Ticketfly.