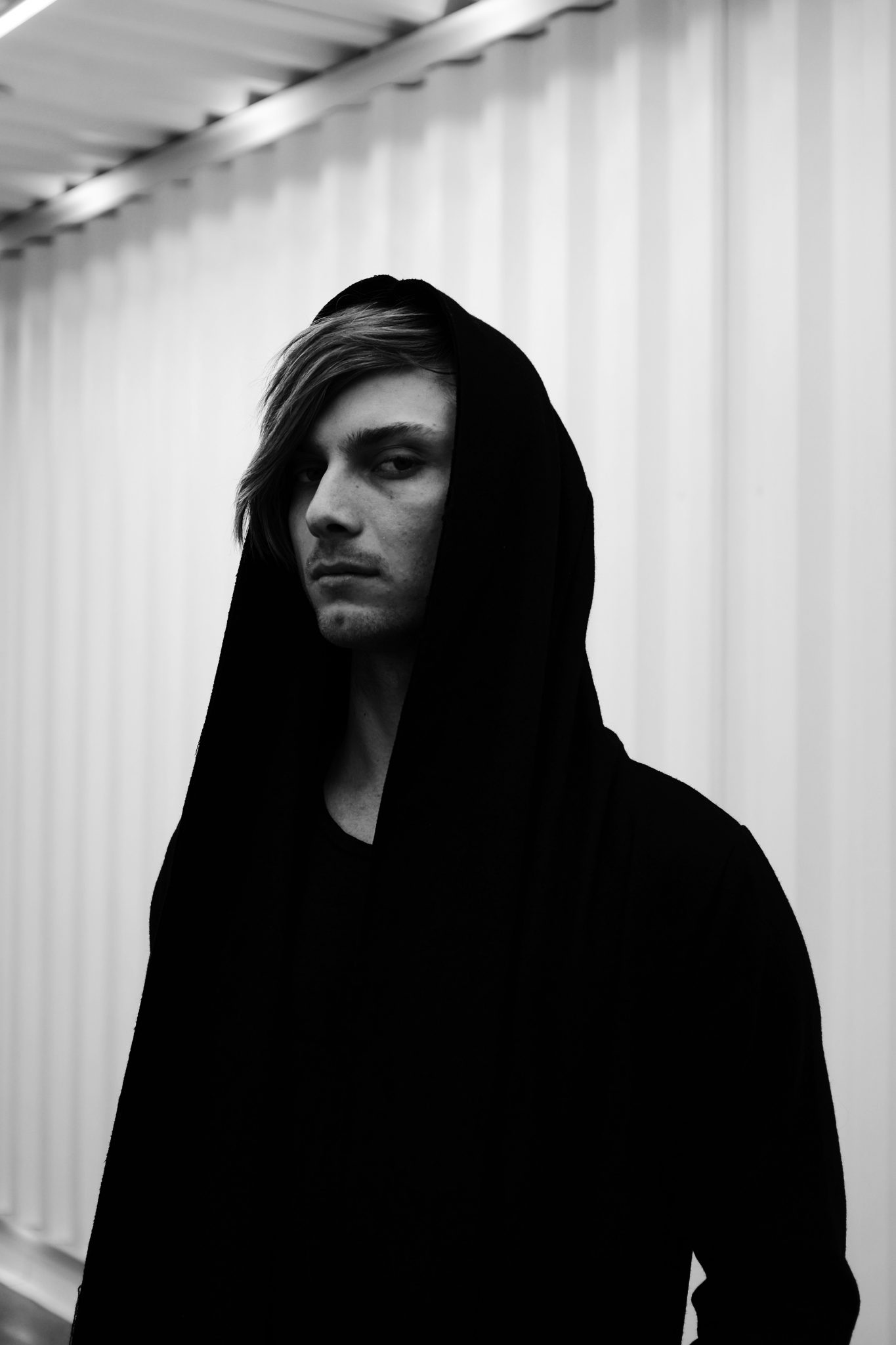 Kane Michael is a Southern California producer, DJ, host of the Lights/Out Selection, and label owner of Lights/Out Recordings. He focuses on blending the genres and influences that he holds dear to his heart, creating a mix of dark, psychedelic futuristic techno and aggressive progressive.

His second EP outing on LOR is composed of three original tracks, now available for purchase via Bandcamp and premiered exclusively by 6AM on SoundCloud.

We had the chance to talk to Kane as he releases LOR002 to discuss his upbringing in SoCal’s rave scene, the plans with his recently-started label and more. 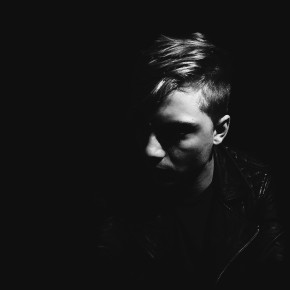 Hi Kane, Thanks for letting us premiere your EP which is coming out on your own Lights/Out Recording imprint. First things first, congrats on the release!

No no, thank YOU for the opportunity! And thank you so much. It’s a few months late, but I’m happy with the result

You describe your sound as a blend of techno and progressive, but are quick to state that “rave is eternal”… tell us a little about your beginnings with electronic music.

I remember it like it was yesterday. I was in second grade, and my friend I went to the store with his older brother. On the way there he played Moby’s remix of the James Bond theme, and then played a CD called “Happy Hardcore Foundation”. My mind was blown. It was the most insane music I had ever heard, considering I grew up on acts like Guns N’ Roses and Pet Shop Boys. Few days later I went to Dr. Freecloud’s record shop when it was still in Costa Mesa and bought it. It was the first purchase I ever made as a kid.

When did you first begin taking an interest in music production, and what sounds were you experimenting with then?

When I was fresh out of high school, I had no direction in life. I hated school, and decided early on that college just wasn’t for me. Summer rolled around and my friend asked me to come to EDC 2010 with him. I had been a fan of deadmau5 and Kaskade, so I bought a ticket. Kaskade’s set changed my life forever. I finally knew what I was meant to do.

So after that I downloaded Reason and Ableton, and had zero fucking clue what I was doing. I tried following video tutorials and had a bit of success in making the famous progressive house pluck, but that was about it. I was adamant about figuring it out, and after reading about the school Icon Collective, I went to check it out. Walking in there I knew that was the place for me. I graduated in 2011 and have been producing ever since.

At which point did you begin to discover and dive into the darker sounds of electronic music such as techno and progressive?

I’ve always had a very eclectic taste in music, and used to be in hardcore bands, so darker music has always been there. However, when it came to the electronic side of things I loved the uplifting melodic stuff. In fact, when I first started producing, all I wanted to make was 140 bpm uplifting trance. The more I went to raves and clubs, the more music I started discovering. I can’t exactly pinpoint when and where the darkness started to creep back in, but after listening to a lot of Simon Patterson’s Open Up show, I really started to take preferred interest into the techno he would play.

It was all so much less obvious a predictable compared to what I was into at the time. Then in about 2013 or 2014 I went to Exchange LA for Adam Beyer b2b Ida Engberg and it was game over. I had never heard proper techno live, and the power and energy was almost overwhelming. It was like that one night in my friend’s brother’s car all over again. That was sort of my re-awakening you could say.

When did you launch Lights Out Recordings and what was the thought process behind that? Why your own label?

I started it last year, and released a free EP on it to kick things off. The thought process was very simple actually. I had shit loads of music just laying around, and had no clue what to do with it. I’m sure if I really tried hard enough, I could have maybe found some labels that would take my stuff, but my thought basically was, “Why try to conform?” All of the people I had looked up to over the years started their labels because they wanted to be able to express themselves how they pleased, not to someone else’s standards.

There are definitely benefits of being part of a big label, and I’m not rejecting them at all, but in today’s world, one doesn’t need to be a part of an establishment to find success. Prime example is my good friend FM-84. He released his album Atlas, a must-listen, on Bandcamp last year and is still getting incredible results. 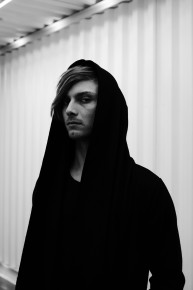 Are you using it to release your own music only or are you accepting submissions from other producers?

At this current time, I’m just releasing my own music, but after a couple more releases I will start taking on other producers definitely. And it’s not just a techno and progressive label. Good music transcends genre, so I plan on eventually signing bands and whatever else I love.

What gear can we find in your studio?

My studio is a bit of a mess, as I’ve got loads of gear that was sent to me for review purposes. For my DAW, I’m running Ableton on a Mac, with a Apogee Duet2 and the Pioneer SDJ08 monitors. I use the Push2 and this new controller from Touch Innovations called the Kontrol Master, which is a total game changer. It looks like an arcade machine, but is awesome because it makes automation a breeze.  For synths I’ve got the Microbrute and Korg Volca FM that I control with the Arturia Beatstep Pro. Such a little weapon! And for effects, I recently received the Eventide Space and BAE Audio Fuzz Box. The Space is amazing at creating crazy textures, and the Fuzz Box really adds some raw grittiness to whatever you run it through. I also have my guitar, which is an ESP EC1000.

For the DJ side, I’ve got two XDJ1000s and the PLX500 running through the new Xone PX5, which has become my favorite mixer.

The EP comes in the form of three distinctive originals. What was the inspiration behind these?

“Hurt Me Like You Mean It” was inspired greatly by Matador’s ‘The Enemy’, as well as the rawness of The Prodigy. The rolling bass reminded me of the psy-trance I used to make, but with a sleazy techno vibe. I really loved the track, but felt if I were to make something similar, I wanted it to be much more aggressive. So I did, and the result was better than I originally imagined.

“Ambiviolence” is a bit of a weird one. At the time, I was really trying to accomplish creating a track that was minimal but powerful. A less is more approach, but when you’d hear it in a club at 4 or 5am, it would melt your brain. It’s a weird one, but actually the best representation of what the overall Lights/Out sound is really about. Is it techno? Progressive? Fuck knows!

For “Ruin”, I was originally going for something similar to Alan Fitzpatrick’s “Love Siren”, but where it started and where it has ended up are a night-and-day difference. It was much more in your face, but not it’s a bit less obvious, or at least I think so.

You list a wide variety of artists, electronic and non, as influences. Which producers, DJs and musicians do you listen to mostly these days?

This is always changing, but I’ve had Trentemøller’s albums on repeat. Such incredible music. I hope to one day make music on his level. I’ve also gone in a much more industrial-ish techno direction. My top influences for that are Slam and their label Soma, Dax J, Regal and so forth. Alex Bau is one of my recent favorite as well. I’ve also had ‘Subzero’ by Ben Klock on repeat quite a lot.

On the non-DJ side, I use Pandora to help discover new acts and such. I’ve just started using Spotify as well, so I’ve been listening to a lot of Depeche Mode, Albert King, Iron Maiden, Chic Corea, Trapped Under Ice, and their discographies. To any producers reading this, Jazz is your new best friend. I also just discovered this hardcore punk band called Backtrack that i really cool, love their aggression.

You’re based in the West Coast, and Southern California more specifically. How is the scene out here in your opinion?

Well, being from Orange County, it’s pretty weak here specifically, and there are really only two main options for quality music providers, them being Focus and MDA. There are loads of smaller parties definitely, but Focus has the best tacos around.

LA is obviously where majority of the action is at, and there are loads of great parties everywhere. My personal favorite is Lot 613. Nik Wilson is a close friend, but his taste in music is incredible. He got me to come to see Black Coffee almost two years ago now, and it was unreal. Really love what people like Droid, Incognito, and Minimal Effort are doing. Techno State is rad too. There are obviously loads more, but these are strong examples. And you guys at 6AM seem to attach your name to some great parties as well!

And then there is the FNGRS CRSSD crew in SD. Those guys really know how to throw great parties that feel very grown-up. They always bring very diverse lineups that are packed with top quality talent. Matrixxman was fantastic at the last festival they had. Really excited to see what they do in the future.

Can we find you playing out anywhere in the coming months?

Currently locking in dates, but I will be playing at Avalon in Los Angeles on February 25th In all honesty, my main focus as of late has been focusing on music making more than playing, but I have a radio show called the Lights/Out Selection that is more than capable of holding one over until I announce dates.

You can purchase Kane Michael’s LOR002 EP via Bandcamp.